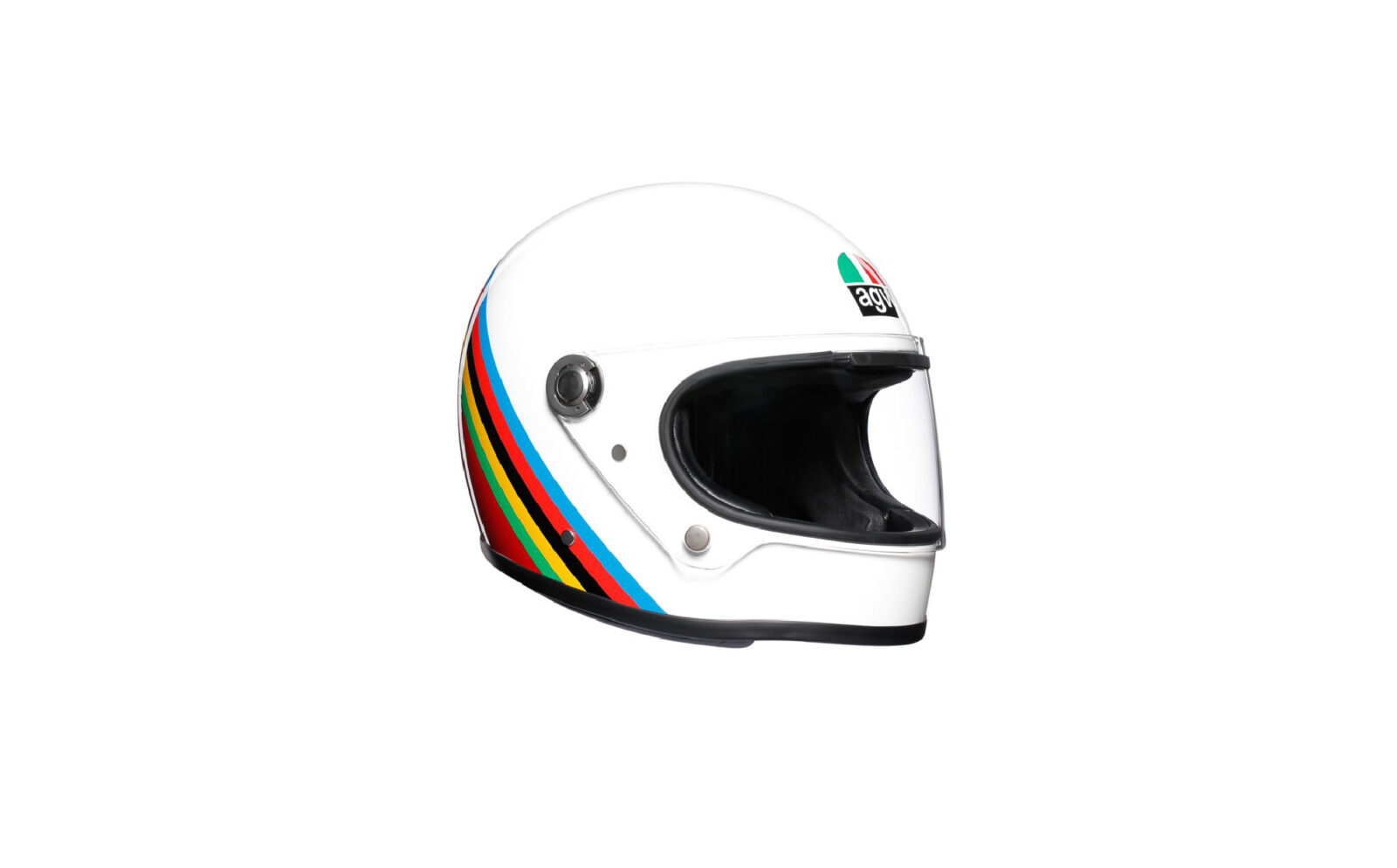 The AGV X3000 Gloria helmet is a new design from the iconic Italian company designed to evoke the styling of the classic full face helmets of the 1970s, made with modern materials meeting the safety standards of the 21st century.

AGV took great care to design the shell of the X3000 helmet series using the same legendary shape that Giacomo Agostini wore on his way to 15 World Championships. They included little-known details like the contoured chin bar that allowed Agostini to get his chin low on the tank, and reduce his frontal aerodynamic area by a few extra millimeters.

Each of the helmets in the AGV X3000 series uses an advanced ACF (advanced composite fiber) fiberglass outer shell, with three shell sizes on offer to ensure you have a helmet closely matched to your head size – this is particularly important for those with larger or smaller heads than average.

The vent developed for the X3000 series is quite clever, there’s a small letterbox opening in the top of the face port that feeds air over your head to keep you cool in the summer. You can close the vent via the polycarbonate “plug” that clicks into the shield – you pop it out in the summer and back in in the winter.

AGV offer the helmet in sizes ranging from S through to XXL so you should have no problem using the size chart to pick the one that’ll fit you like a glove. There are a number of colorways available, this one is the X3000 Gloria, with its characteristic colored stripes around the side, with a large red rear section to get the attention of those SUV drivers. 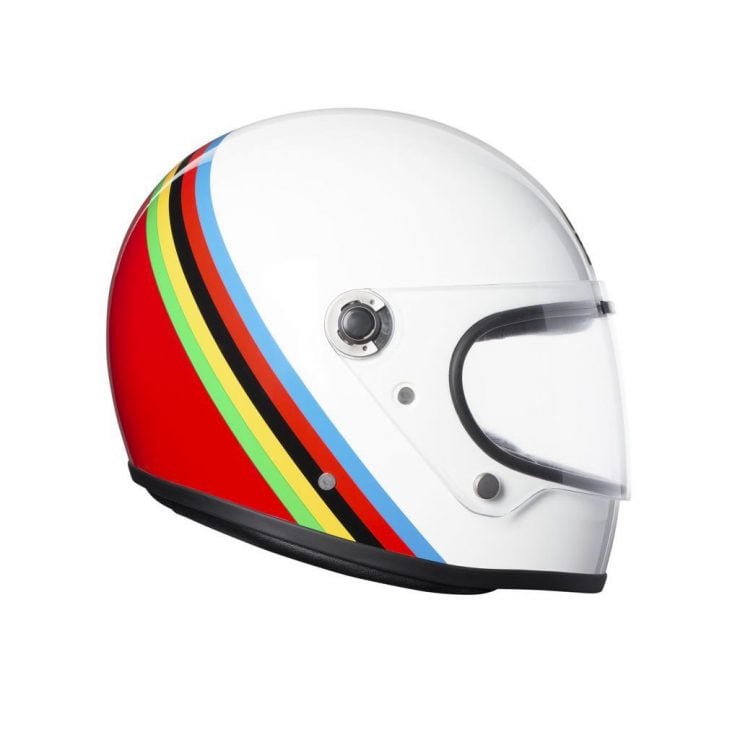 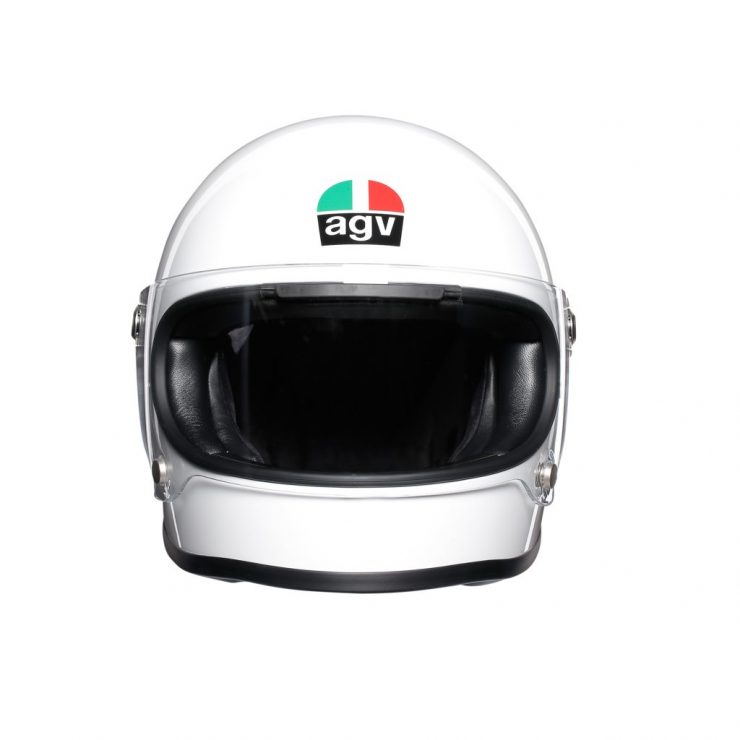 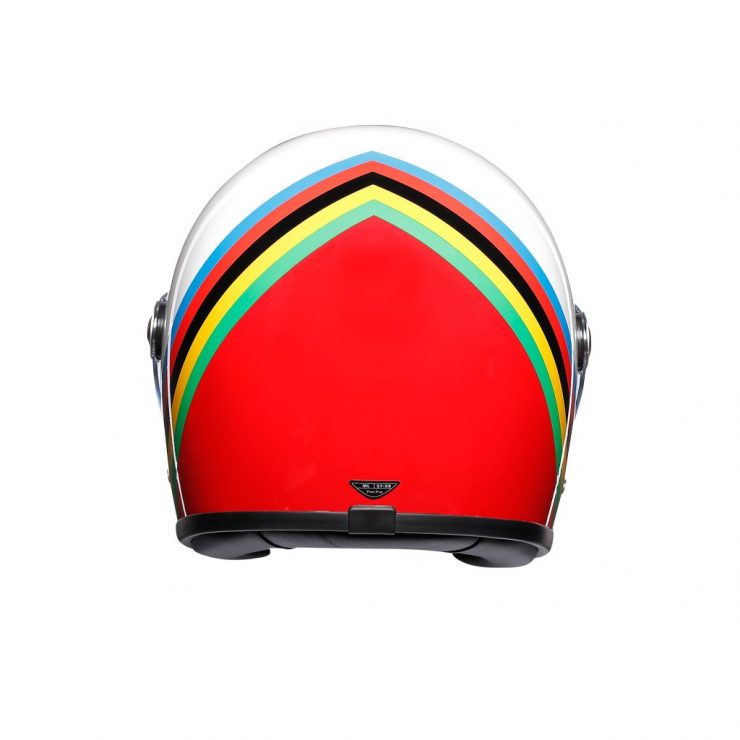 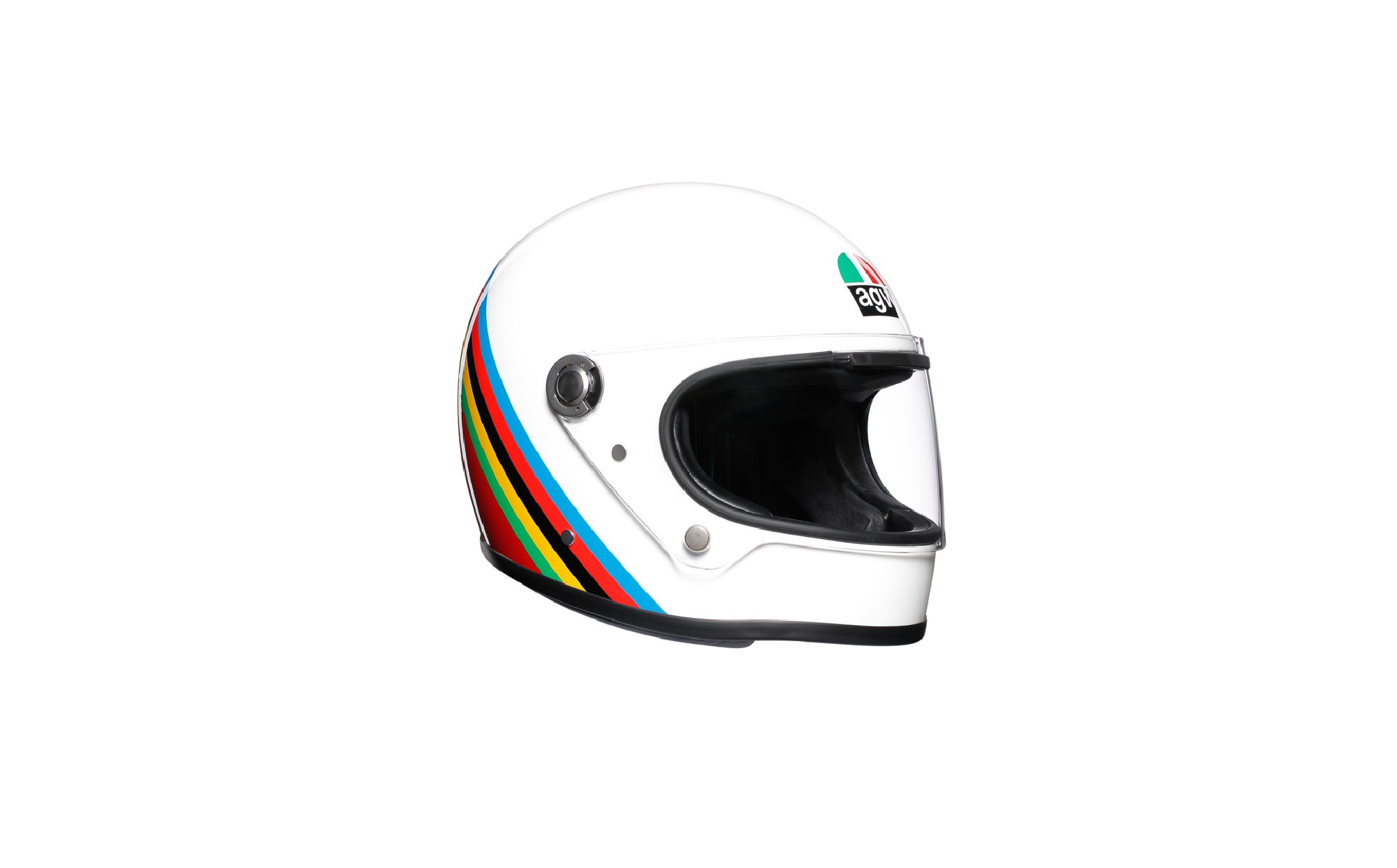