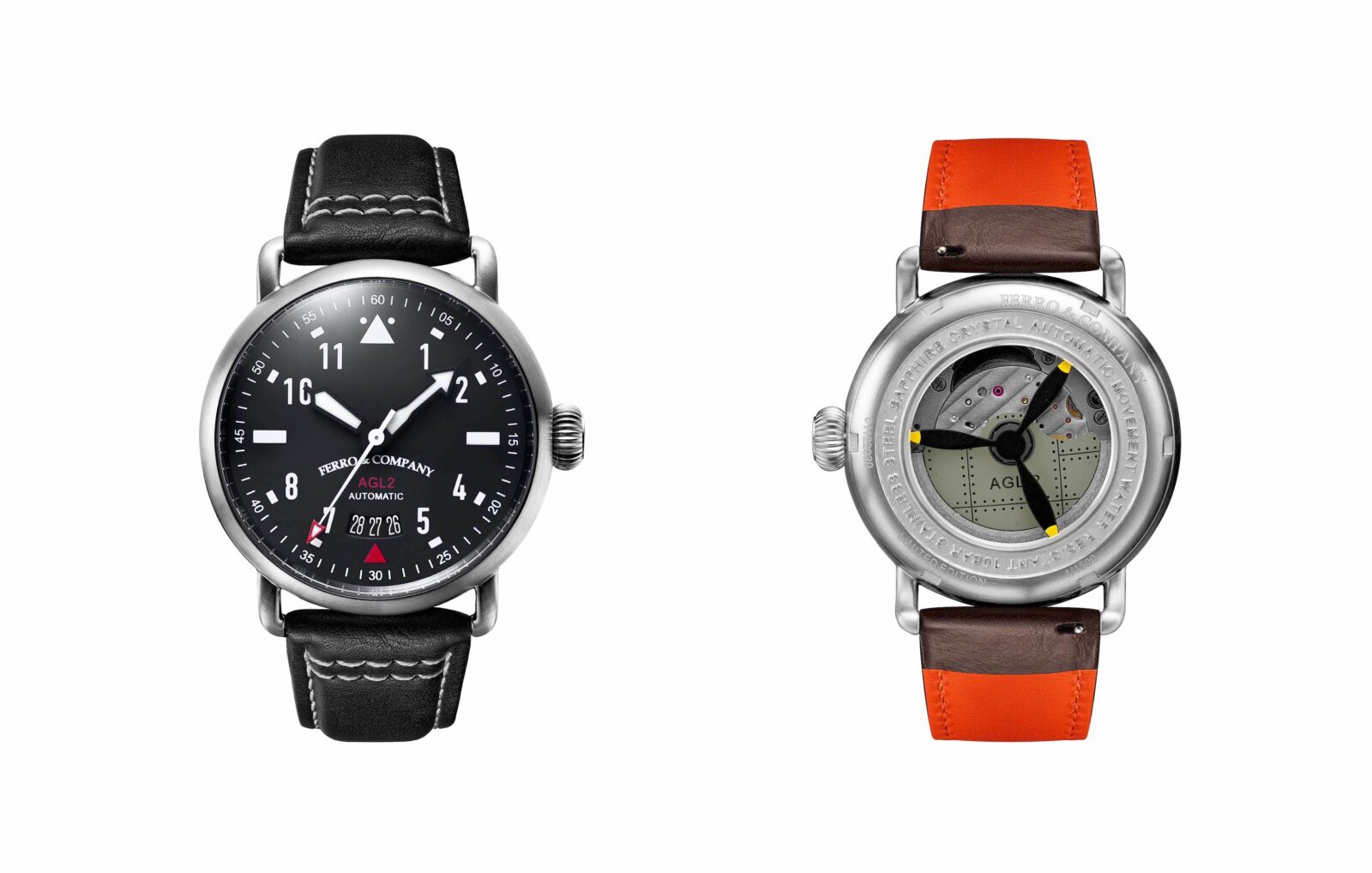 This is the new collection of watches from Ferro & Co. – a Canadian watchmaker that takes their styling cues from classic timepieces from the mid-20th century

A key development criteria of all Ferro watches is affordability, so the pricing of this collection ranges from $435 CAD ($345 USD) up to $929 CAD ($736 USD) during the Kickstarter phase.

Key design influences for this series came from WWII-era pilot watches, some feature one or two sub dials and the Swiss Automatic 2824 uses a simpler face with a lower date window. Every watch in the series uses 316L stainless steel for the case, Italian leather straps, and scratch-resistant double domed Sapphire crystal is used on the face, as well as on the back of the models with a movement window. 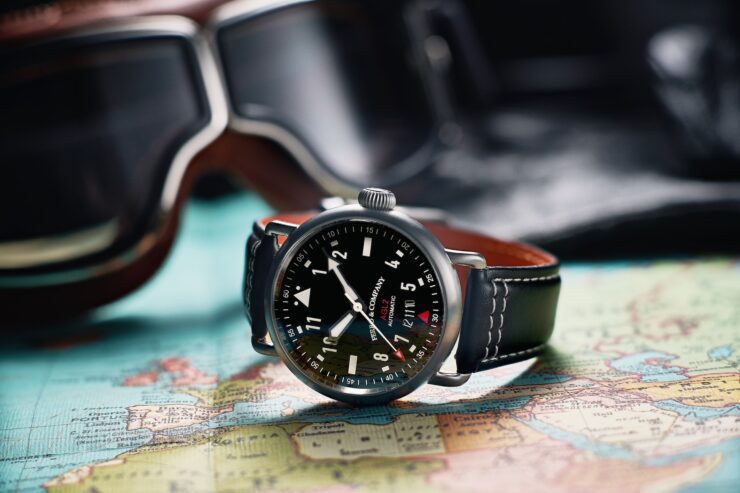 The case backs on the automatic mechanical models feature windows that show you what is happening inside, there’s also a stylized propeller and artwork resembling riveted on aluminum aircraft bodywork.

The founders of Ferro wanted to make sure that their watches were daily wearable, but also well-suited to more formal occasions, so the designs were developed with this in mind. They chose to offer a variety of movements as it allows each buyer to tailor the watch to their own needs and budget – some prefer the simple precision of a quartz movement while others like to have a traditional automatic mechanical movement.

The Ferro AGL 2.0 collection is currently on Kickstarter, they’ve already far surpassed their original funding goal of $18,000 CAD, with almost $50,000 CAD in pledges at the time of writing. This means it’s a good opportunity to pick up a watch at a lower price than they’ll be selling for retail. 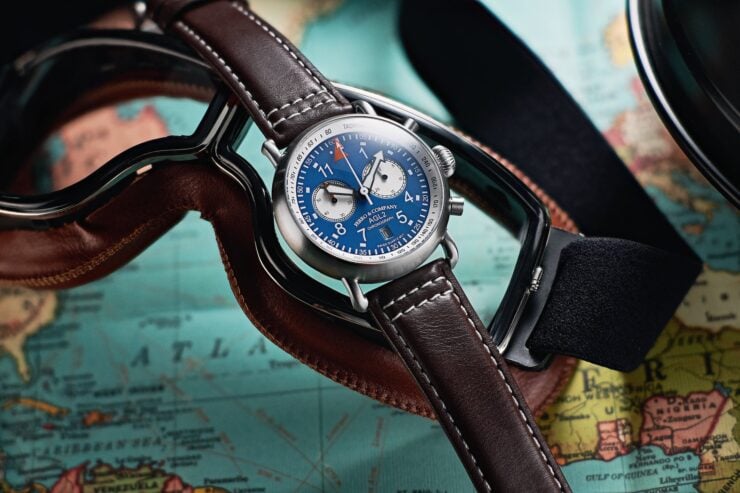 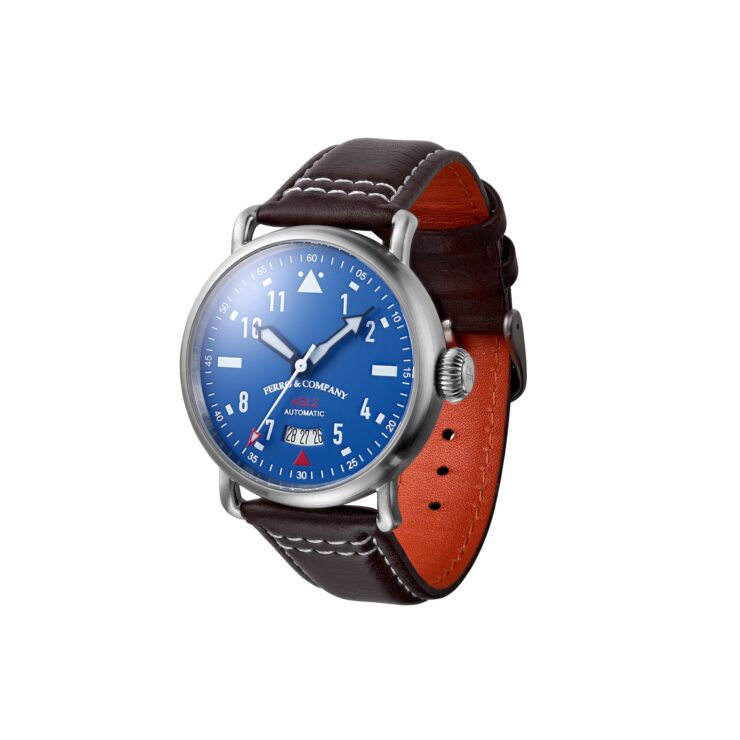 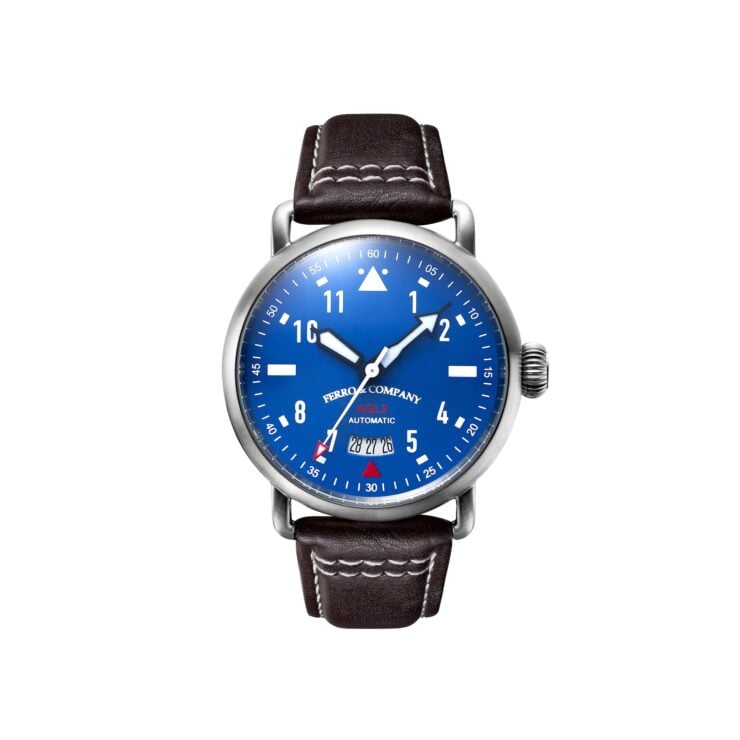 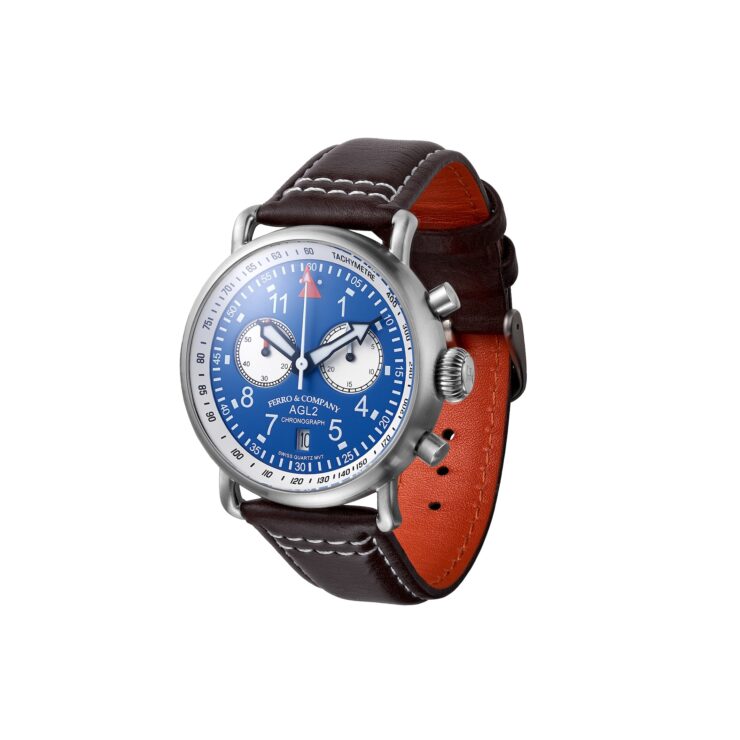 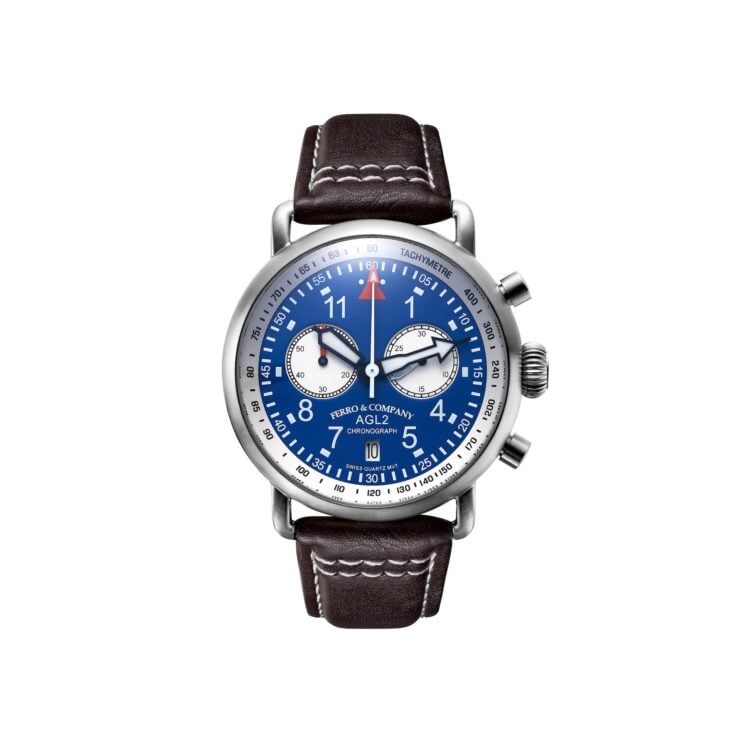 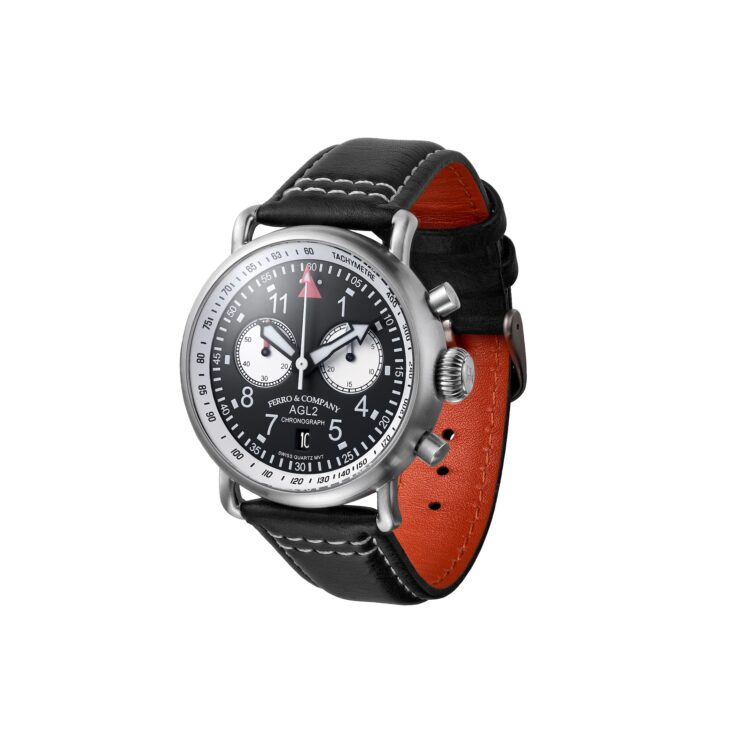 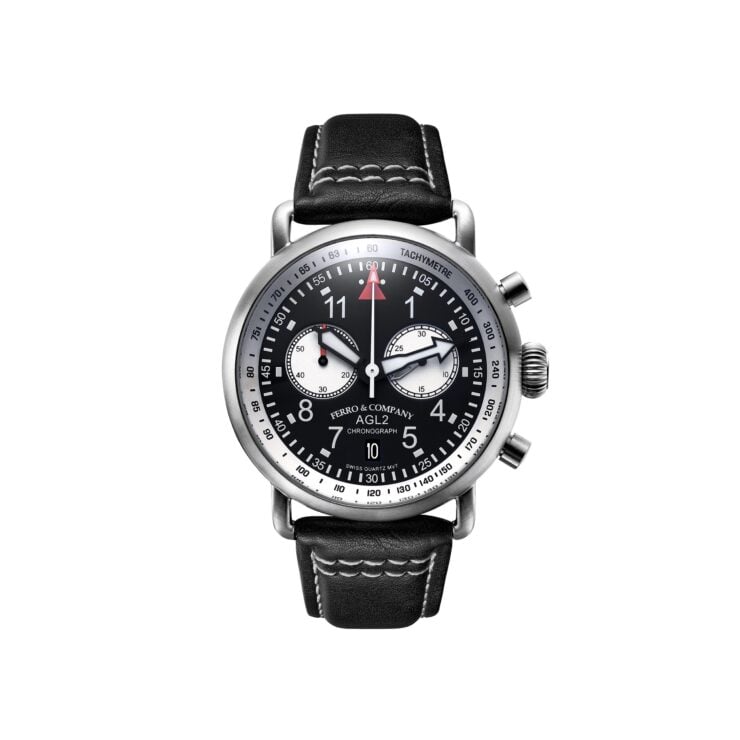 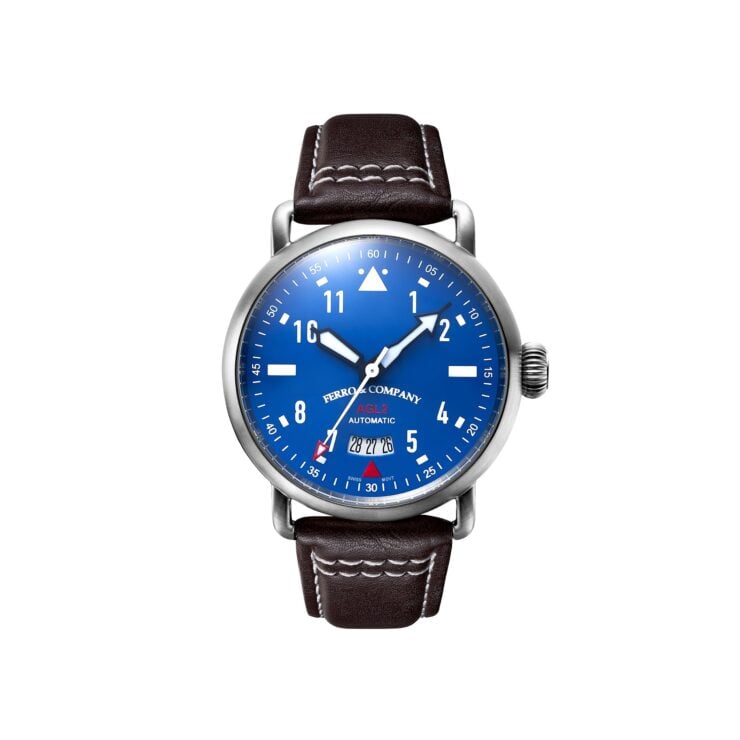 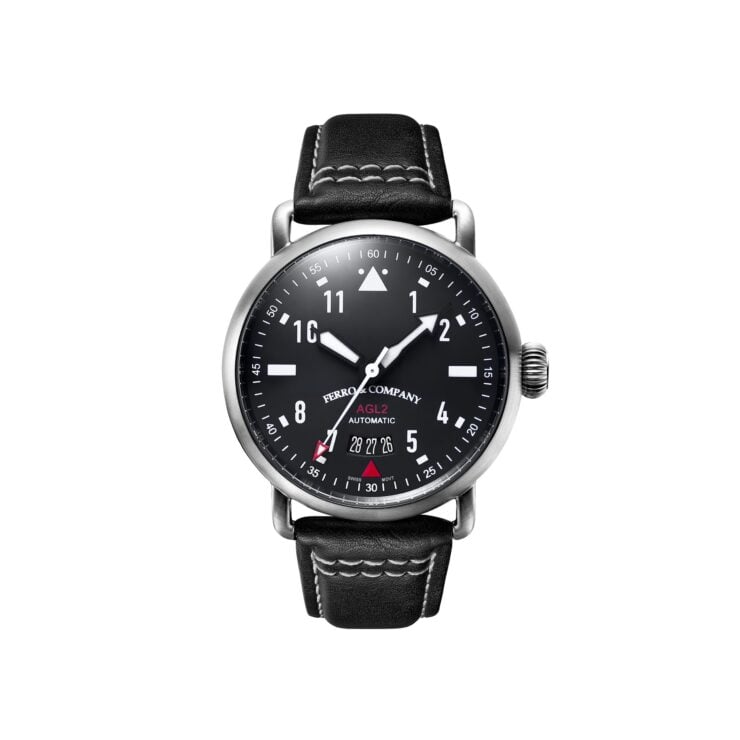