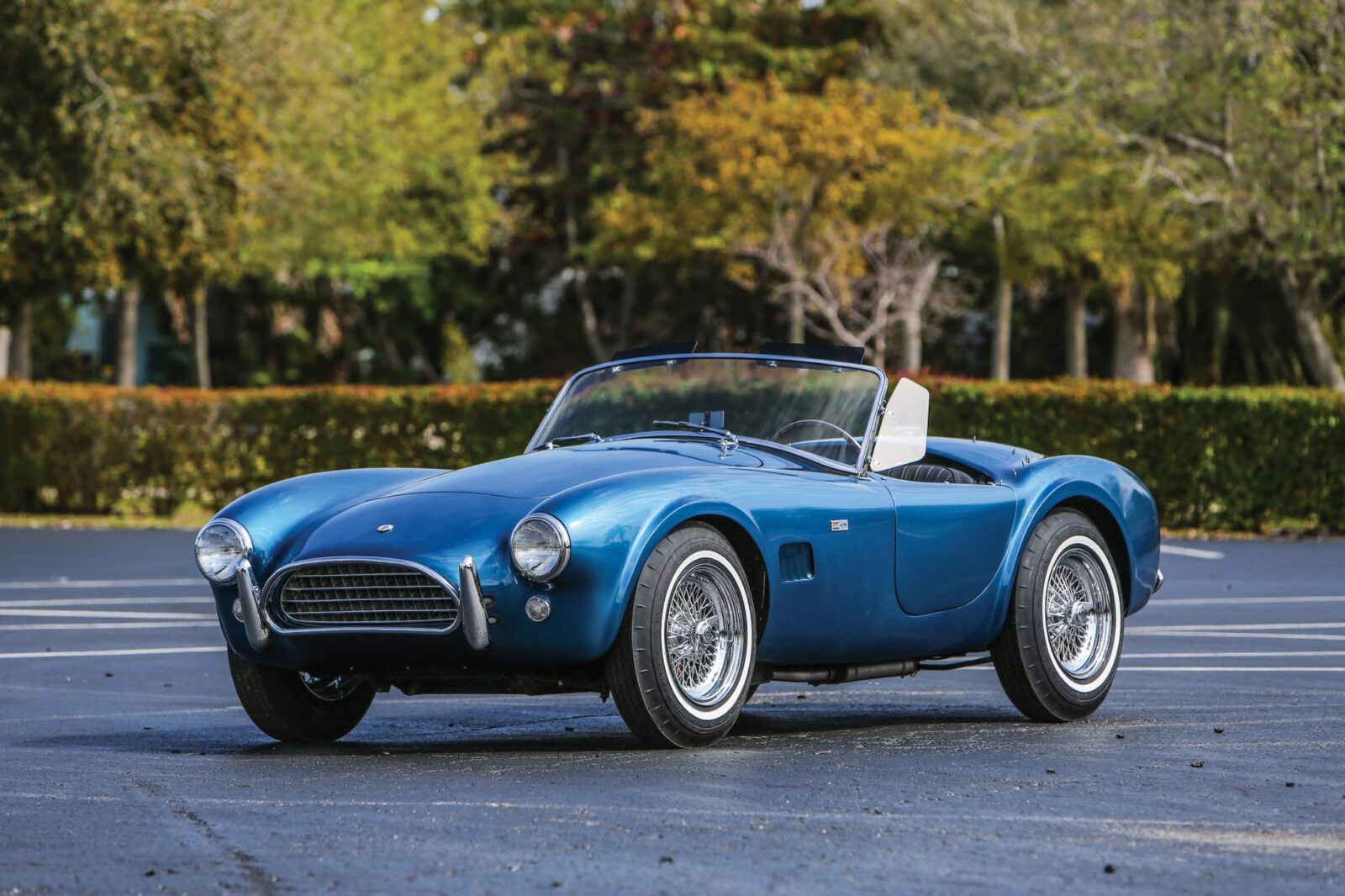 The story of how the AC Cobra came to be has been told more times than I can count, in essence it’s a British car that was known as the AC Ace before American racing driver and larger than life personality Carroll Shelby came along and dropped a Ford V8 into it.

The lightweight English roadster was transformed by the addition of horsepower and quickly became one of the most desirable motor cars in the world.

In the first race outing for the AC Cobra at Riverside in California, Dave MacDonald wiped the floor with the entire field, taking the top step on the podium and landing the new car on the front page of almost every motoring magazine in the world.

The first 75 Cobras were fitted with the 260 cubic inch Windsor Ford V8, production shifted to the more common 289 cubic inch engine shared with the Ford Mustang. With their tubular steel frames and aluminium body panels that were each hand-formed on English wheeling machines, the AC provided an ideal platform for upgrades. Carroll added Ford engines, aluminium Borg-Warner T-10 transmissions, the stronger Salisbury 4HU differential (also used in the E-Type) and beefed up suspension to handle the increased weight and power.

The restored Guardsman Blue Cobra you see here was delivered new to Ford Special Projects Director Jacques Passino in 1963 before finding its way into a number of personal collections over the years, it’s fitted with its original matching numbers engine and transmission, it also comes with its correct top bows, convertible top, tonneau cover, side curtains, and owner’s manuals. 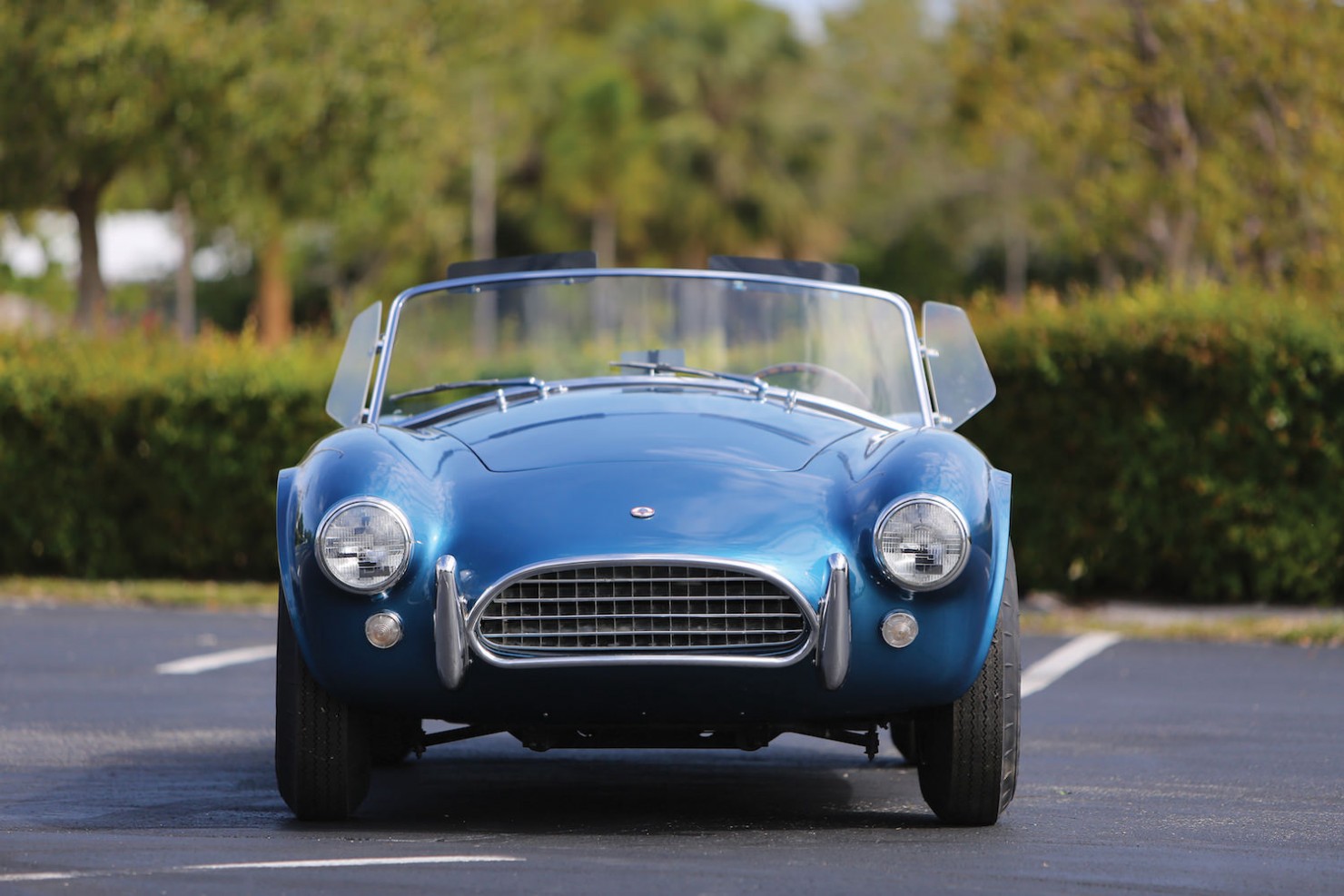 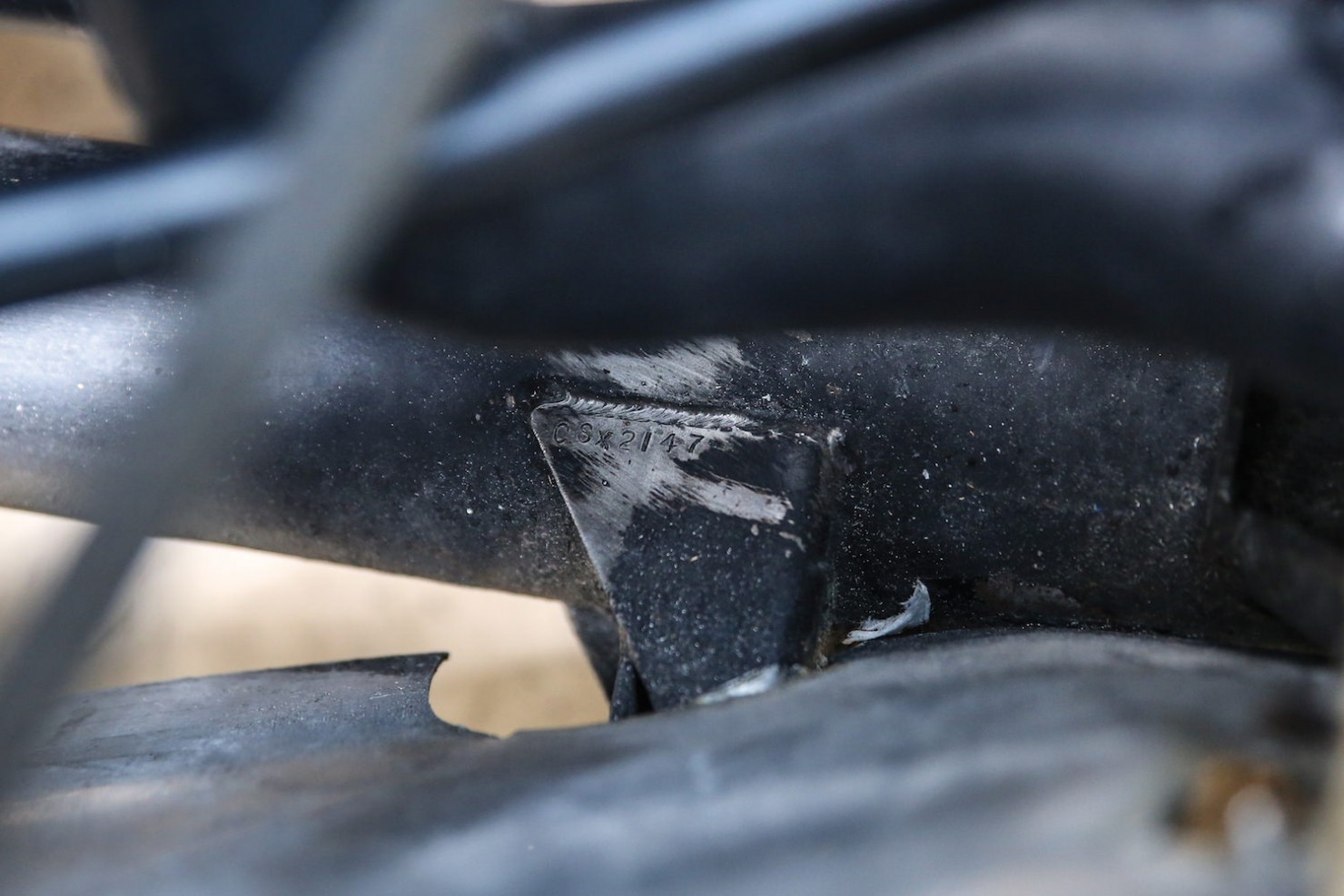 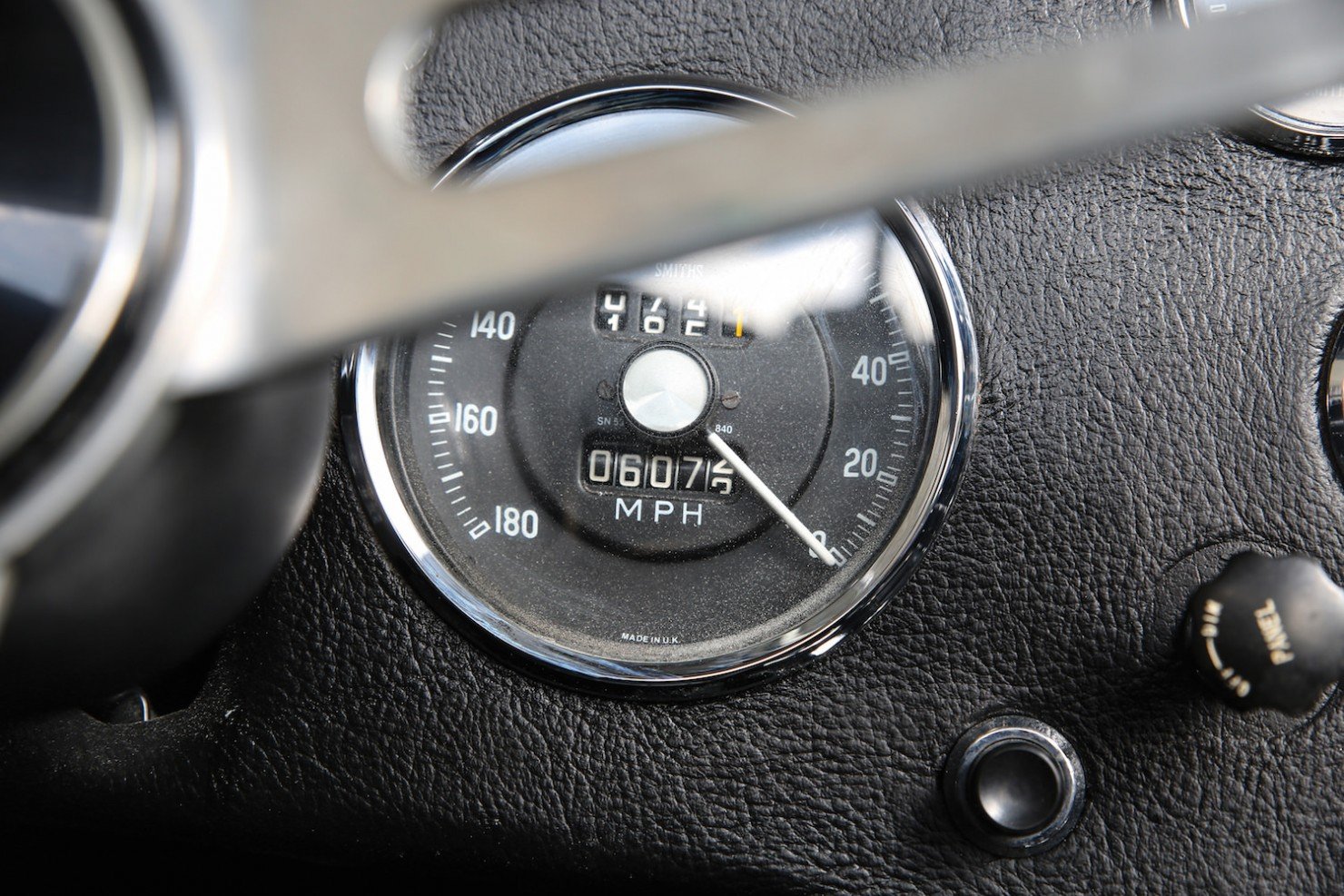 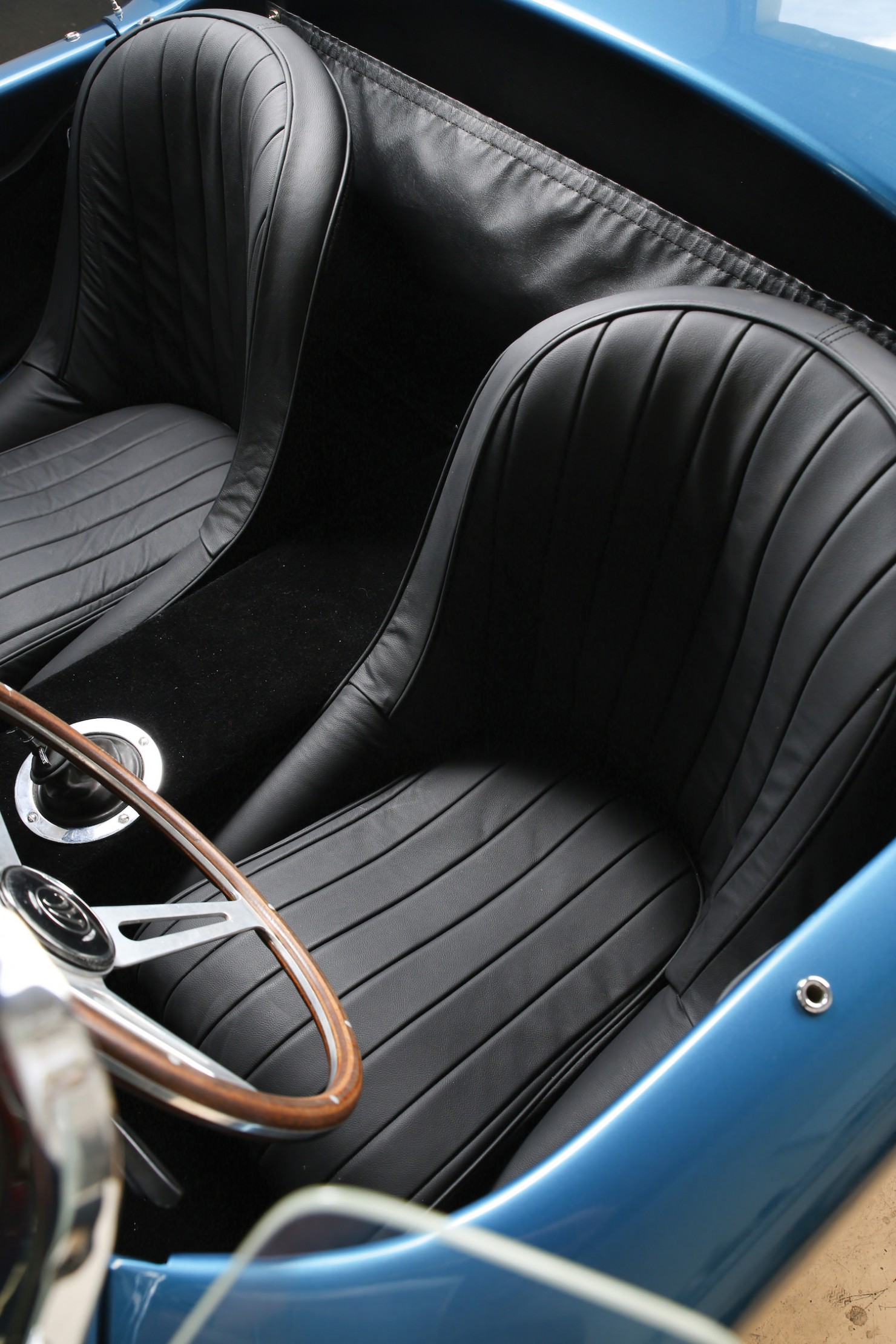 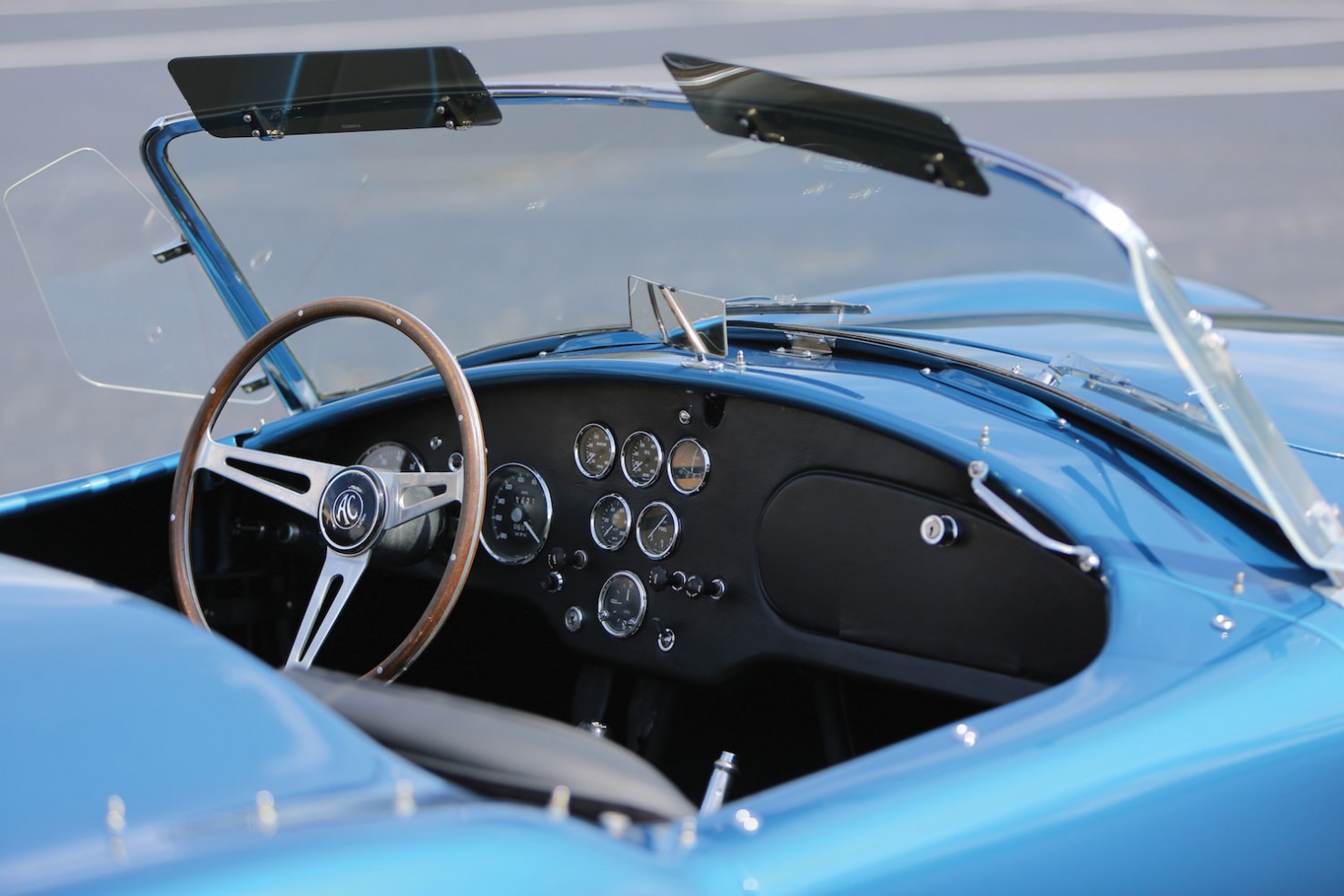 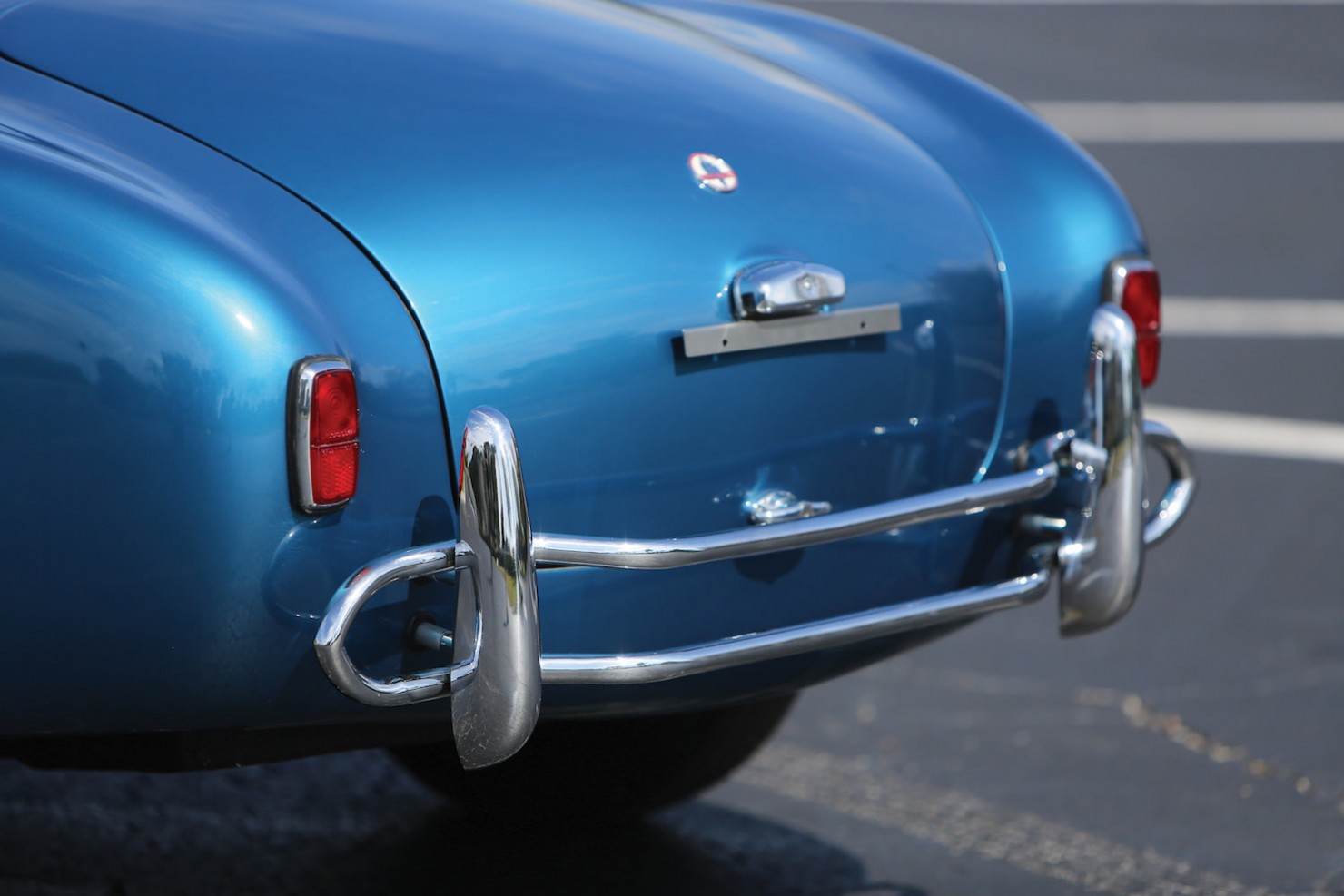 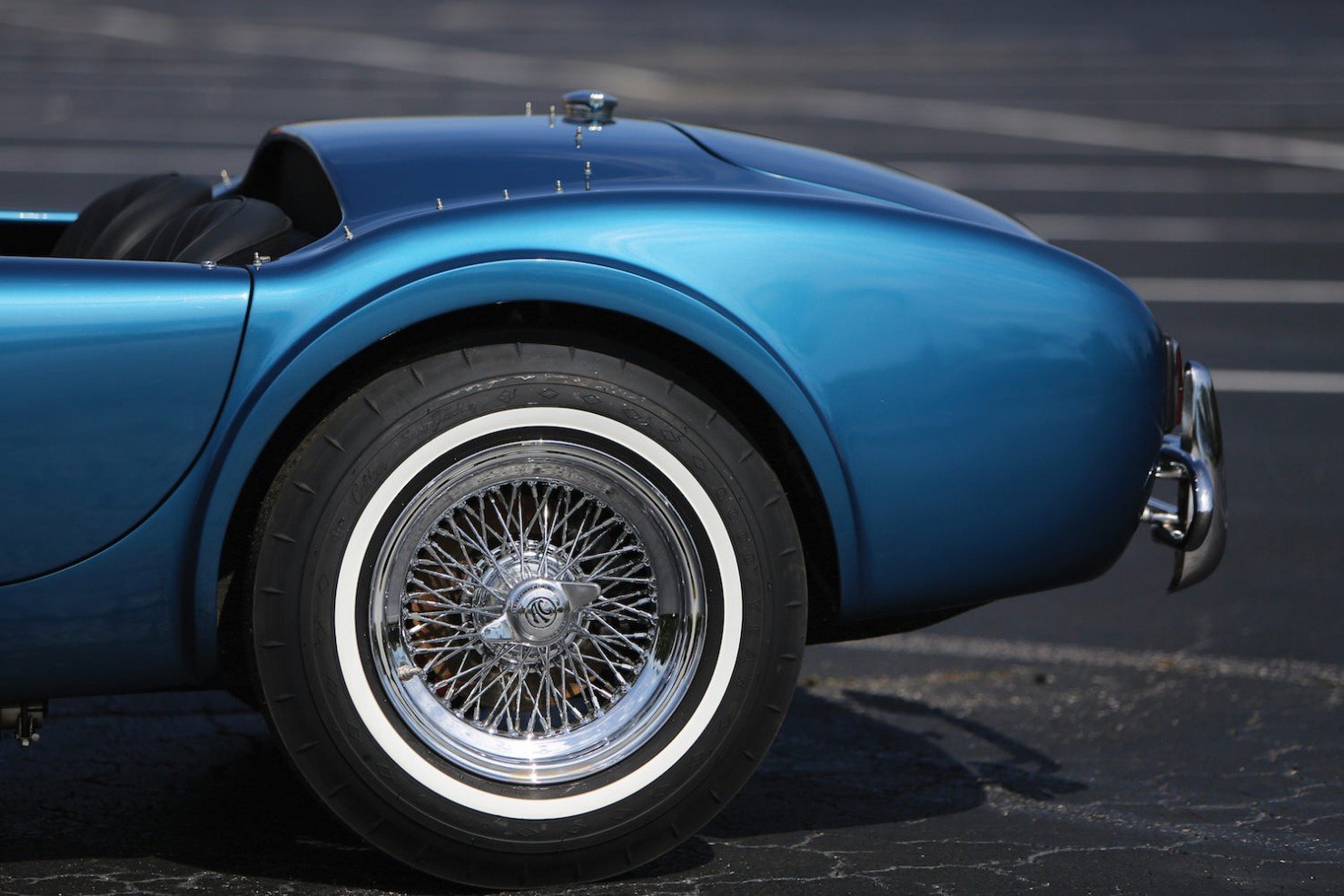 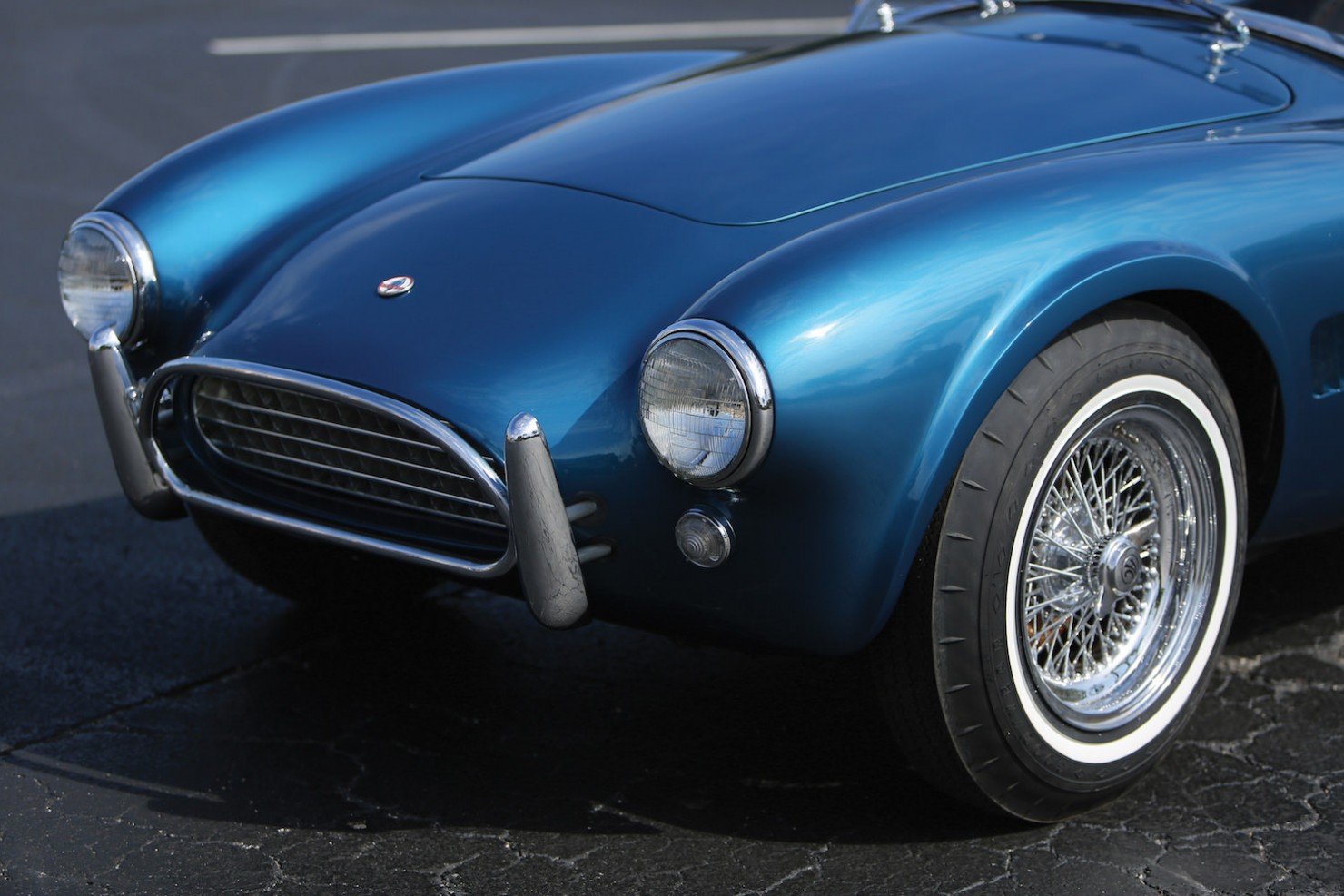 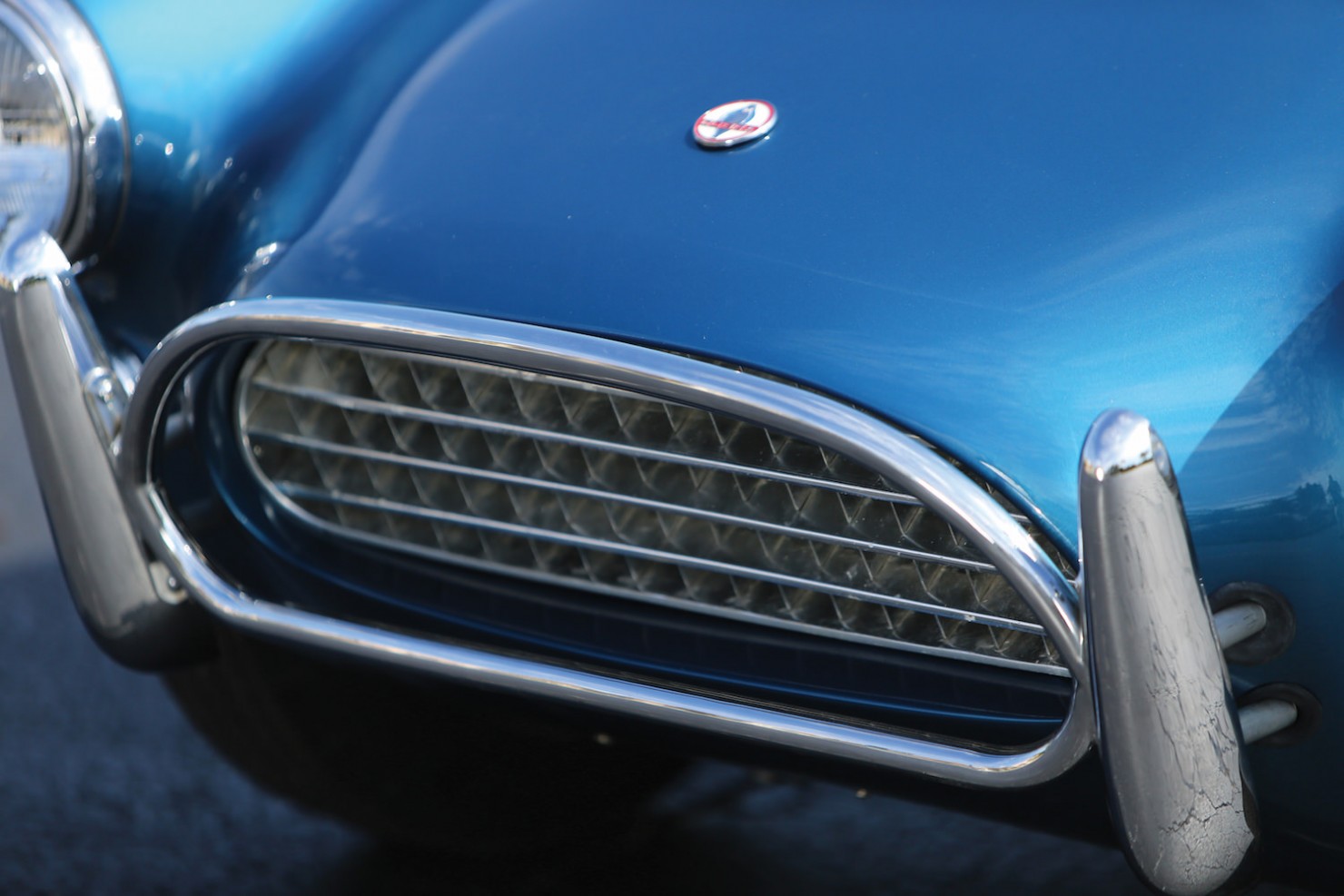 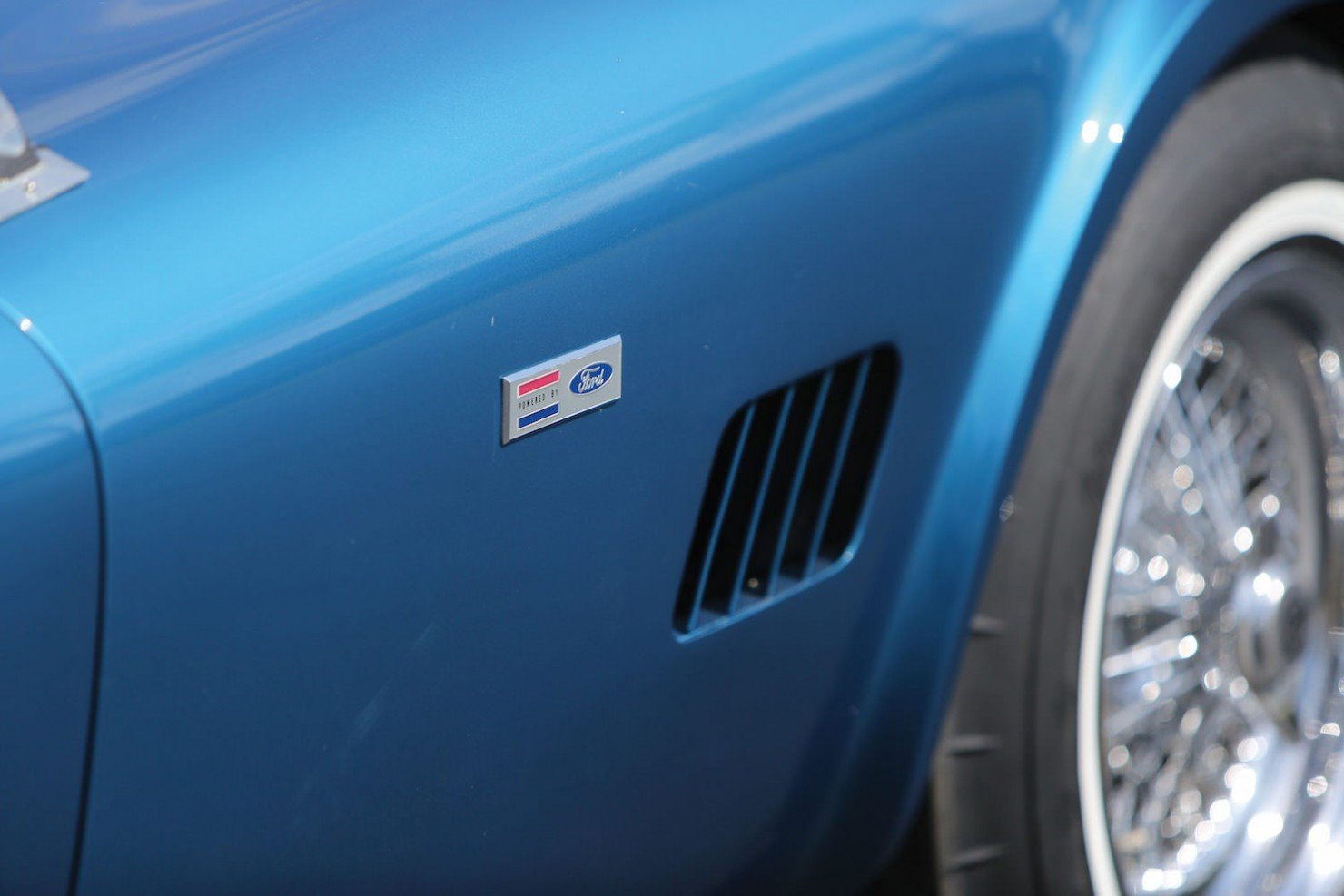 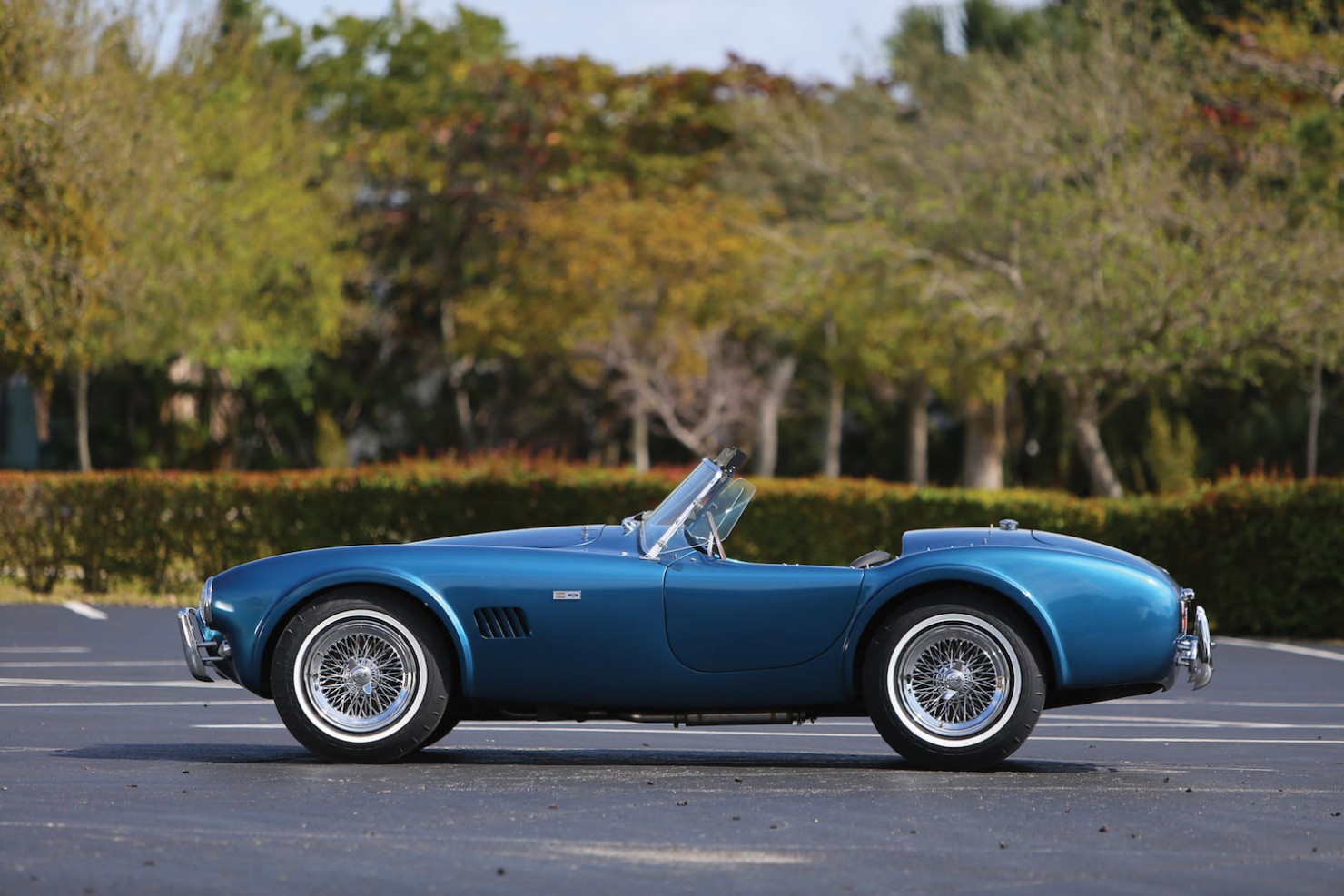 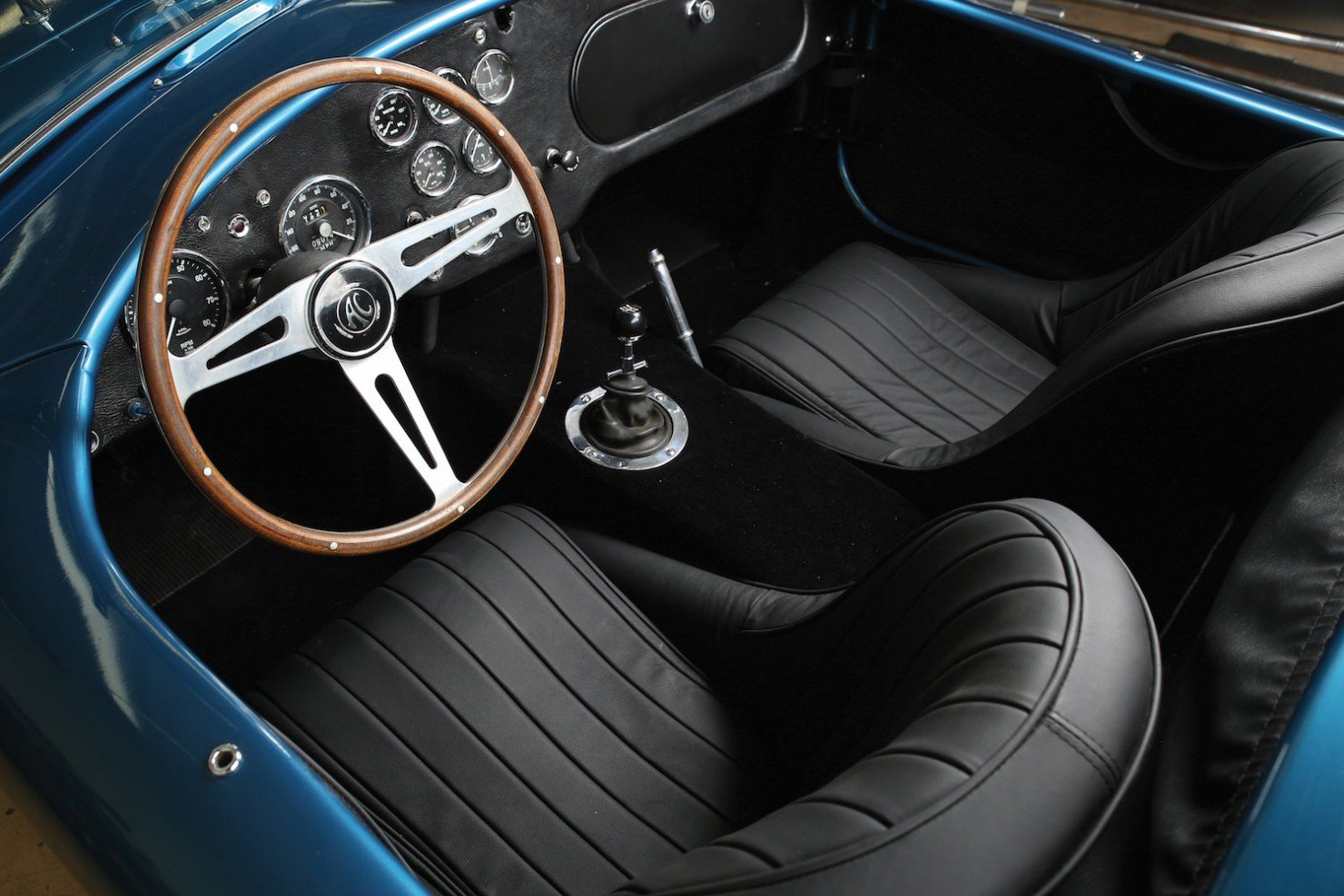 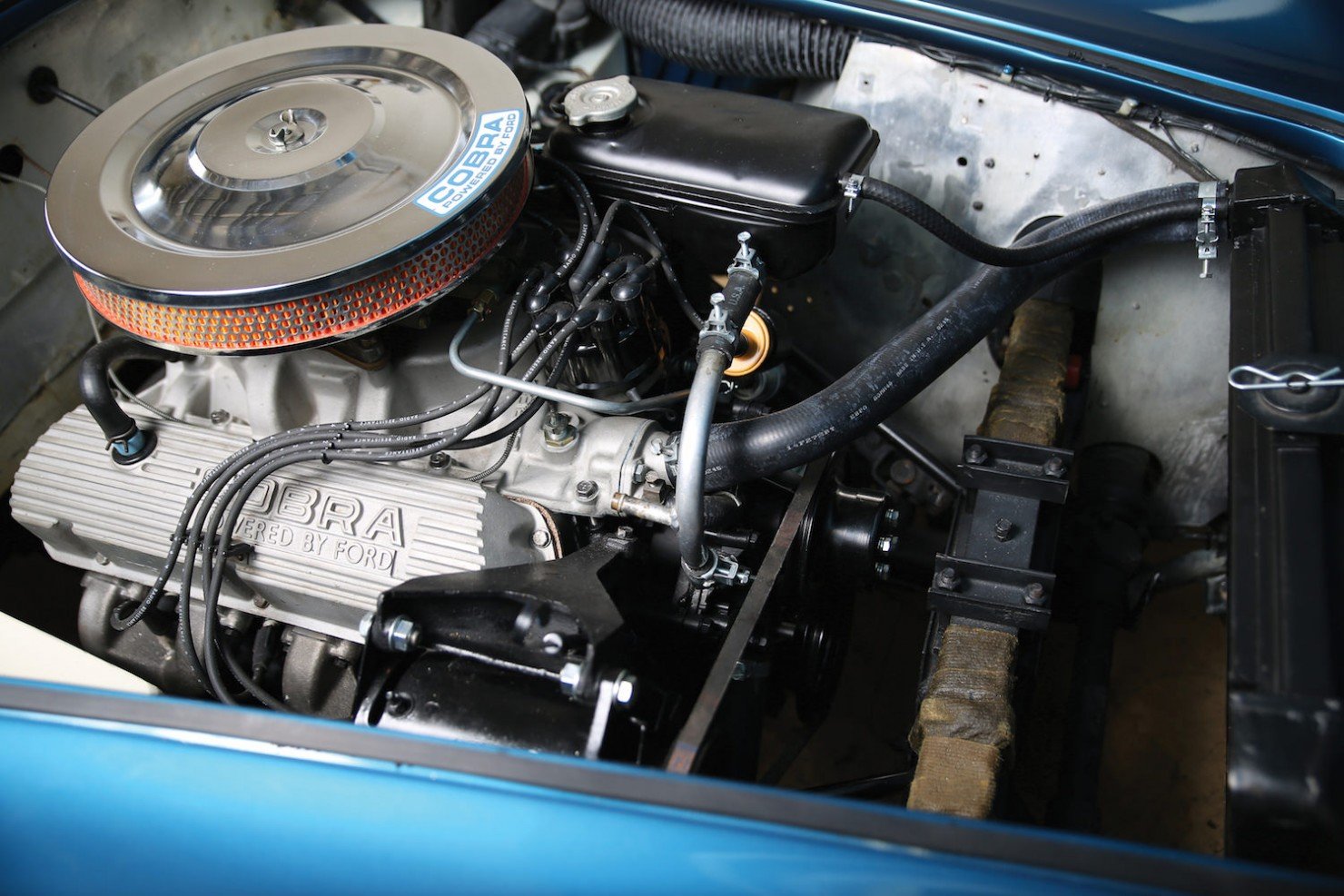 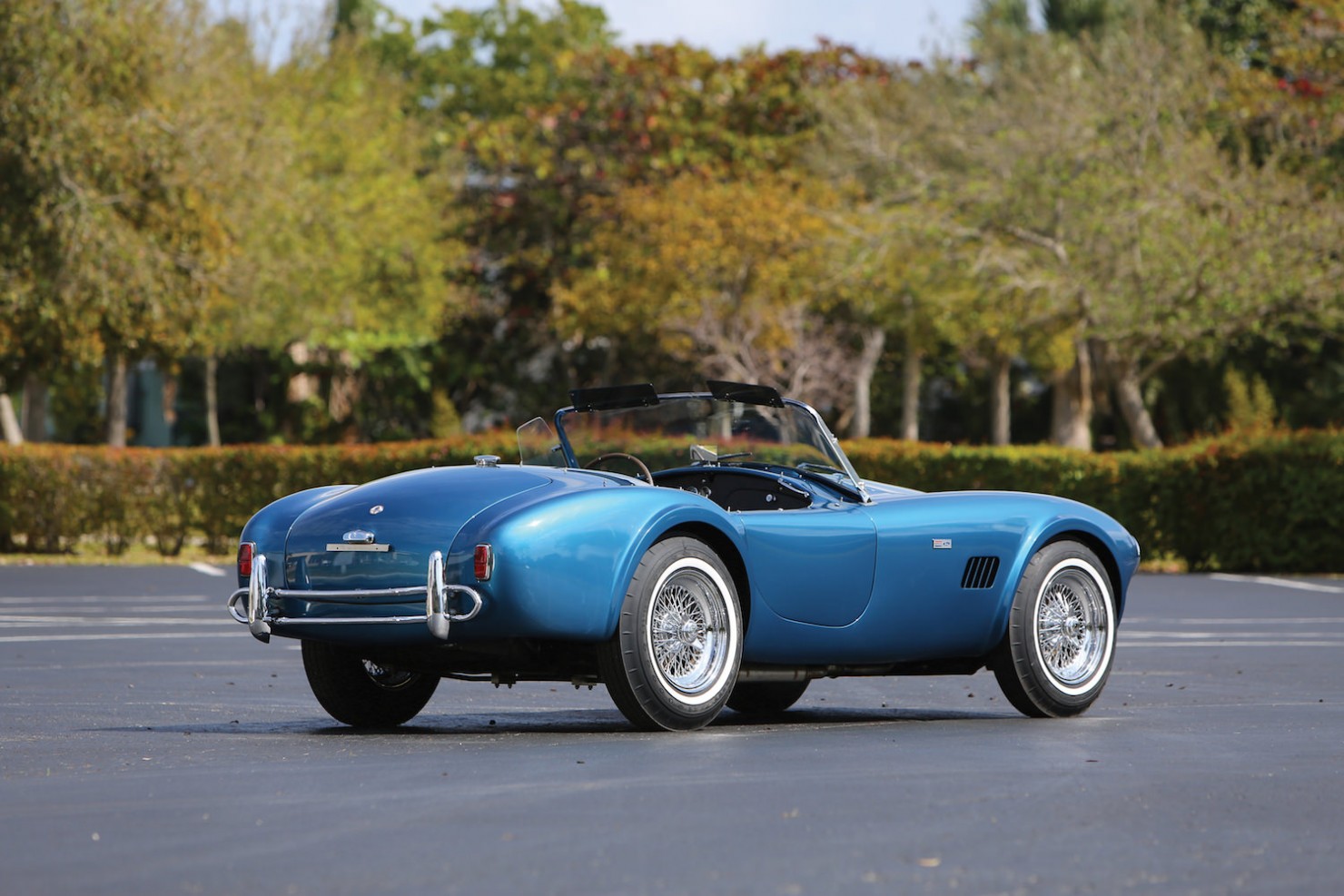 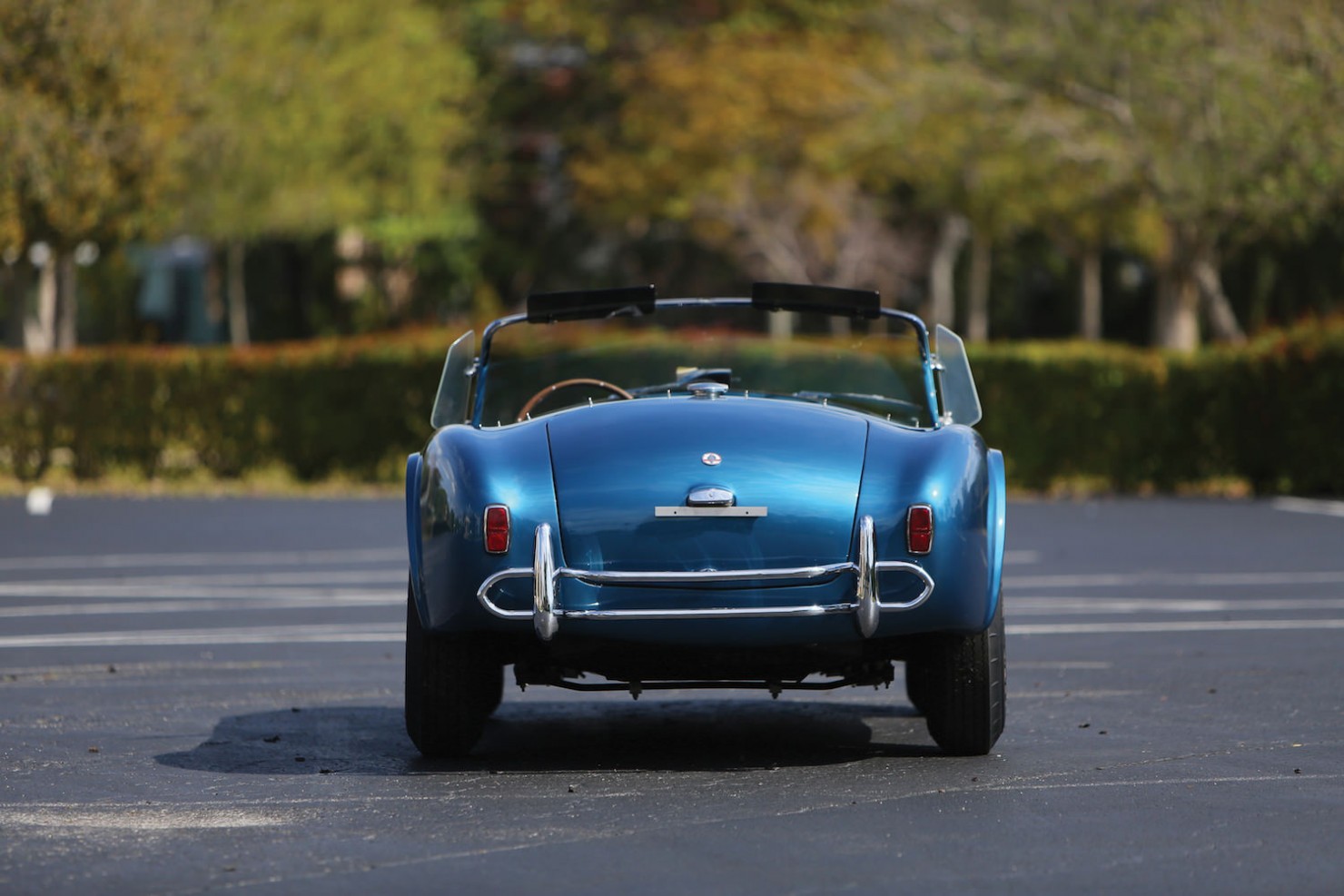 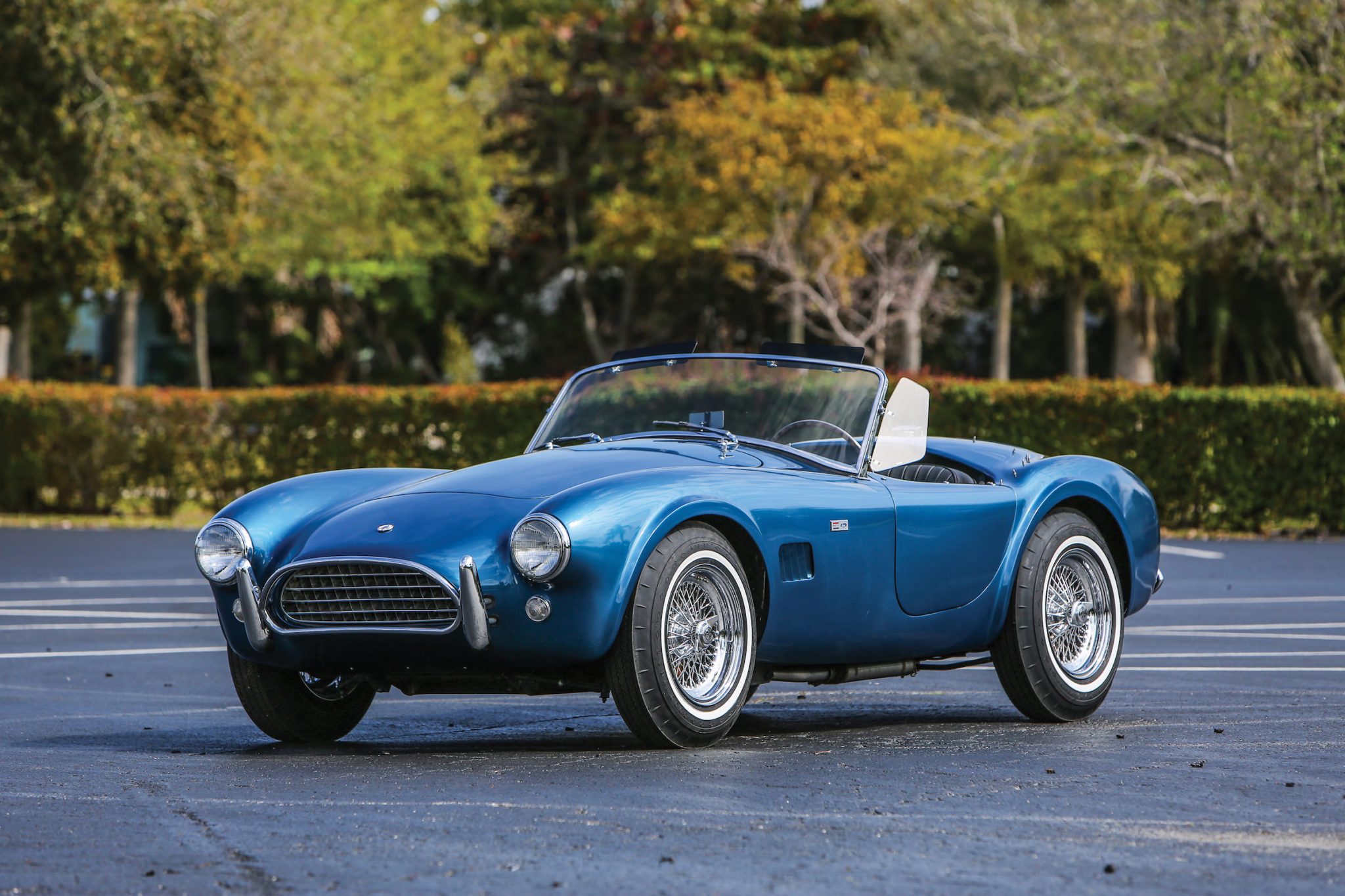