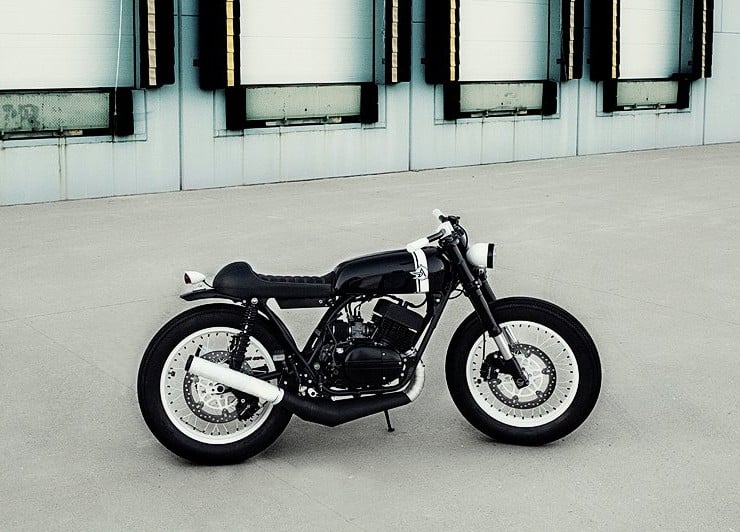 The 2SRD is a unique take on the classic Yamaha RD350 although with the amount of work and the sheer number of major changes, you can’t really call this an RD350 anymore. Built by Tony Prust of Analog Motorcycles the bike started life as another man’s project bike, he had planned to modify it into a café racer but never got around to finishing it.

It was bought unfinished by the current owner and sent to Tony in Illinois looking rather worse for wear and requiring a complete rebuilt. The team at Analog set about stripping the bike back to it’s bare components before deciding to continue down the cafe racer road, the neck tube was unceremoniously angle-grindered off to be replaced by a Ducati S2R unit, this allowed the use of a more advanced pair of S2R forks and triple tree. 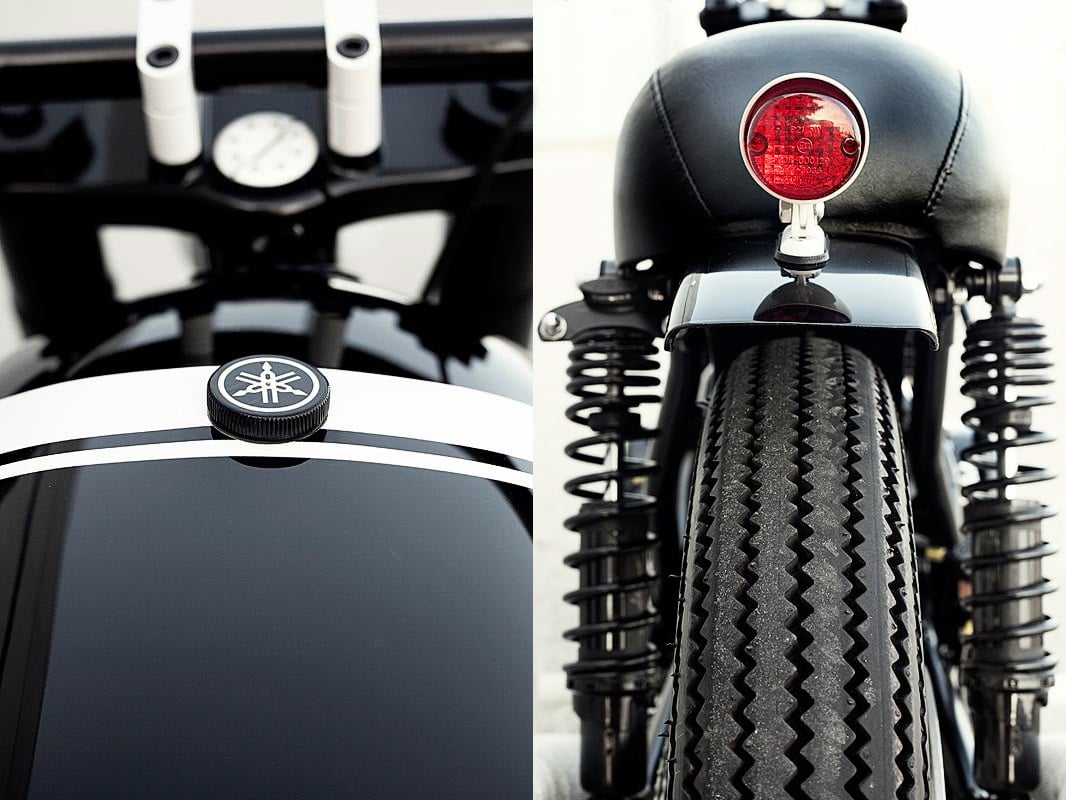 The final colour scheme of black on white works incredibly well on the 2SRD, as does the minimal design aesthetic and high level of attention to detail. In some respects it seems like this bike belongs in a modern art museum or in the lobby of an industrial design firm, although thankfully it gets ridden daily by it’s owner, no doubt turning heads wherever it goes.

Check out Analog Motorcycles here and thanks to BikeEXIF for additional technical details. 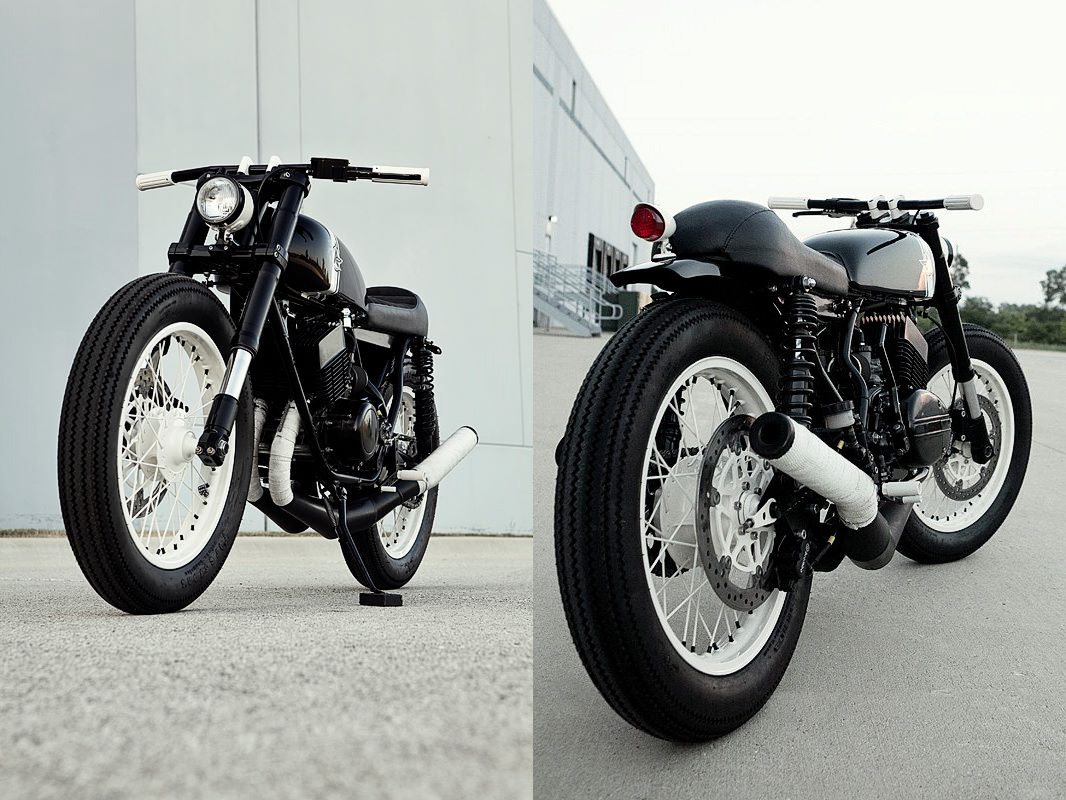 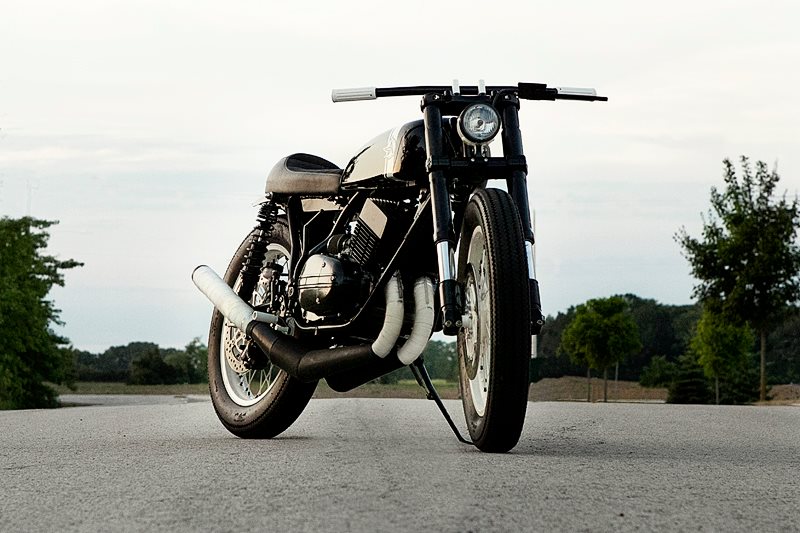 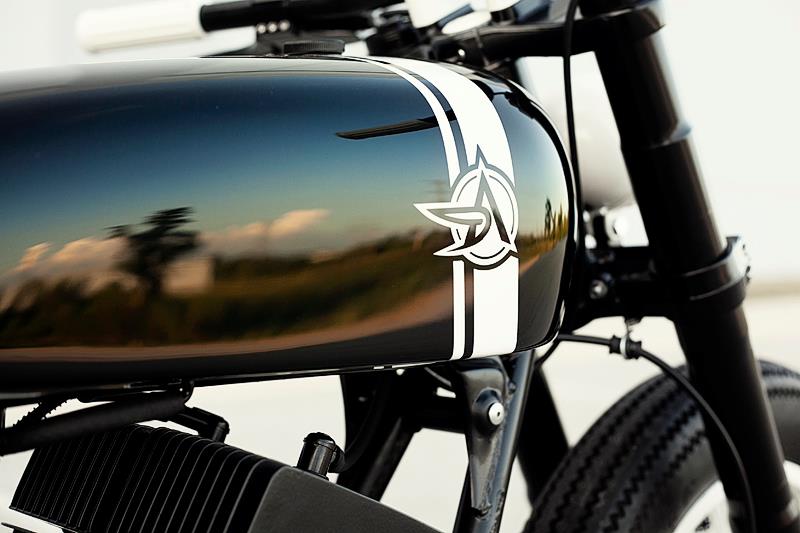