The 1983 Rose Bowl Supercross is a fantastic example of what MX was like back in the early to mid 1980s. Although it’s now a multi-billion dollar global industry with sponsors like Red Bull and Monster Energy pouring impossible amounts of money into its coffers, it used to be a far more modest affair.

This is the original TV coverage of the ’83 Rose Bowl event, as you might expect its film quality is VHS and the tracking is very slightly out, but for many of us that just brings on the nostalgia. If you’d like to read more about the 1983 season you can click the link to read the excellent summary by Racer X. 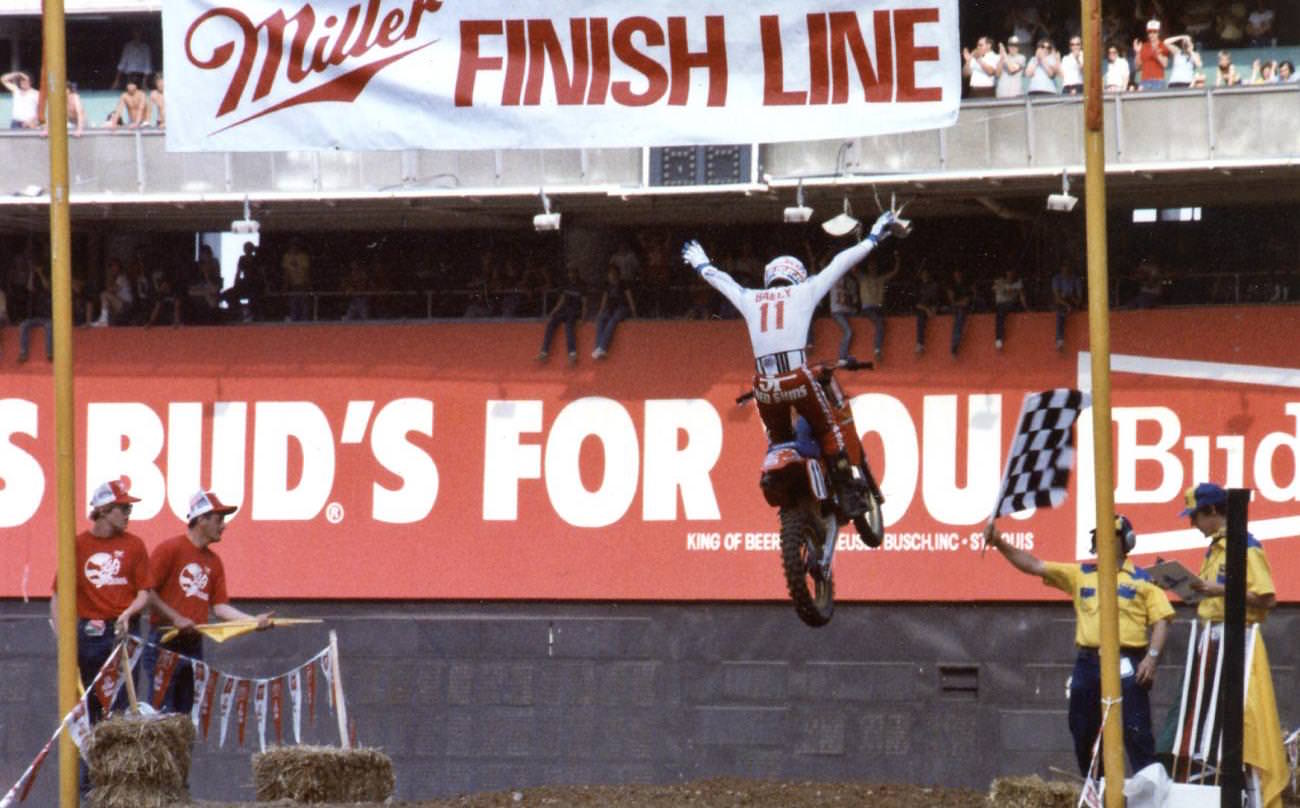