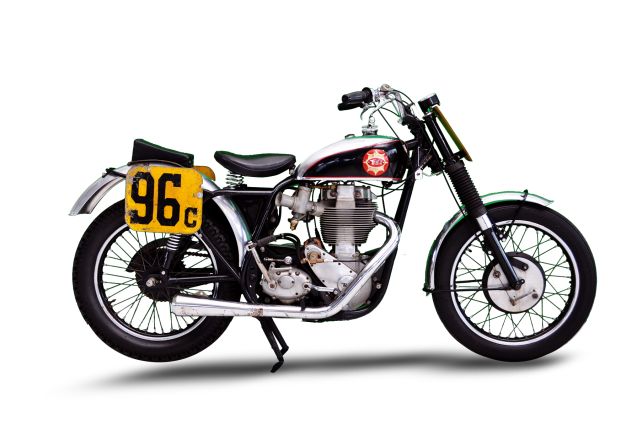 This 1956 BSA Gold Star TT Flat Track Racer was bought in ’56 by Harvey Farrell and raced at the world famous Daytona Beach course throughout 1957, it was bought from him by a private collector shortly thereafter and has remained untouched, in a small collection since then.

The 1956 Gold Star was one of the fastest motorcycles you could buy in the 1950s, it was fitted as standard with a deeply finned alloy engine, a polished fuel tank, a 36mm bell-mouth Amal carburettor and racing derived swept-back exhaust. In factory-trim the bikes were capable of a 110mph top speed.

Harvey’s bike, pictured here, was lightly modified for racing but largely remains in stock condition. The headlight was removed and replaced with a racing number plate, the handle bars were switched out for a set of flat track bars and a pair of number plates were added at the rear.

If you’d like to add it to you collection it’s for sale today online via Mid-America Auctions here, if it doesn’t sell by tomorrow (the 16th of August 2013) it’ll go to the main Pebble Beach Antique Motorcycle MarketPlace. 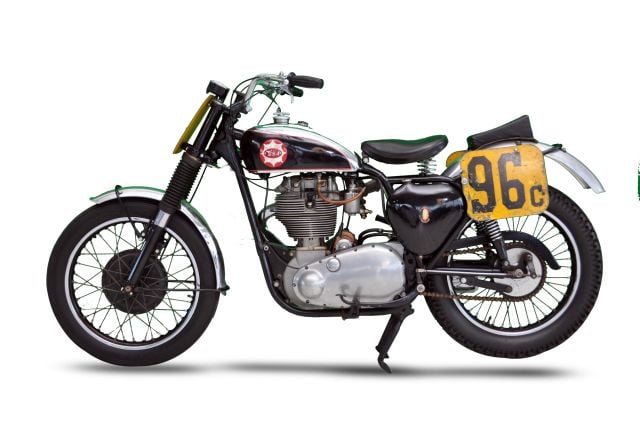 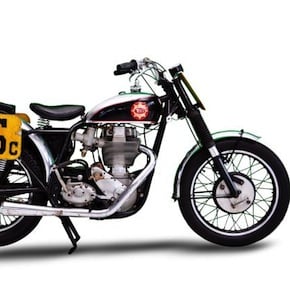