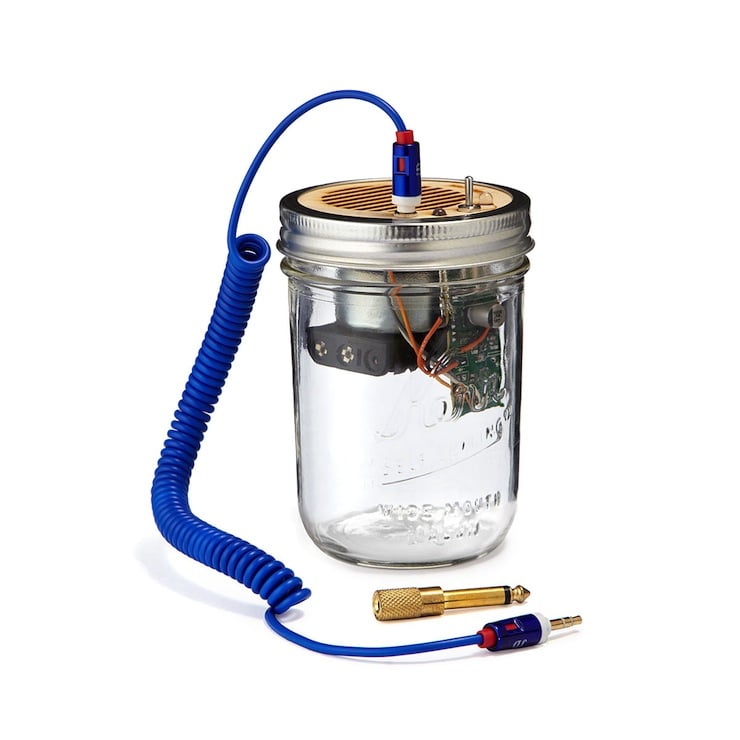 The Mason Jar Speaker & Amplifier is the sort of mini-stereo that’d find a comfortable home in the garage, backyard shed or as an addition to your camping rucksack.

It contains rechargeable batteries that last up to 20 hours and can be removed by unscrewing the lid, the cable can be used with any device that has a stereo-out jack (including instruments) and each one is handmade in Sunnyvale, California. 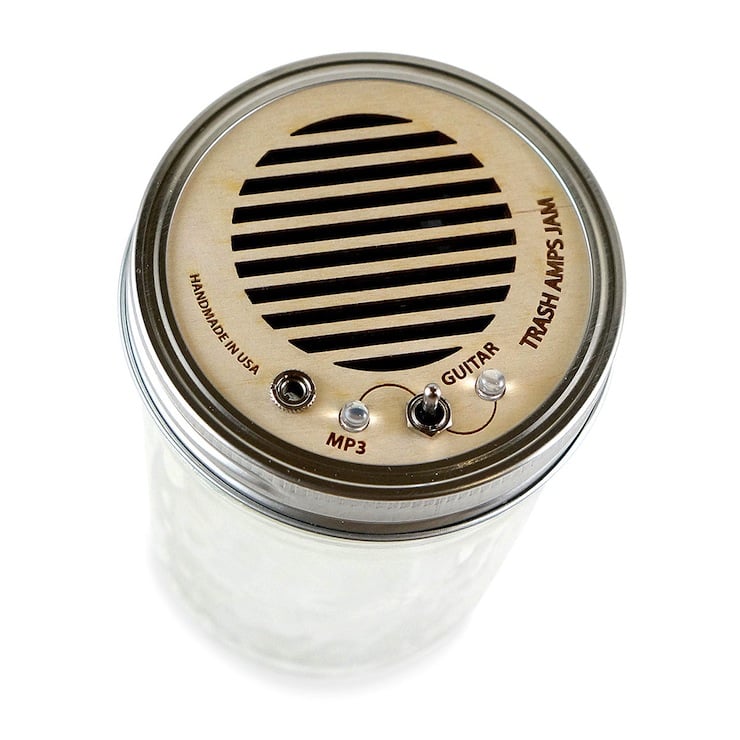