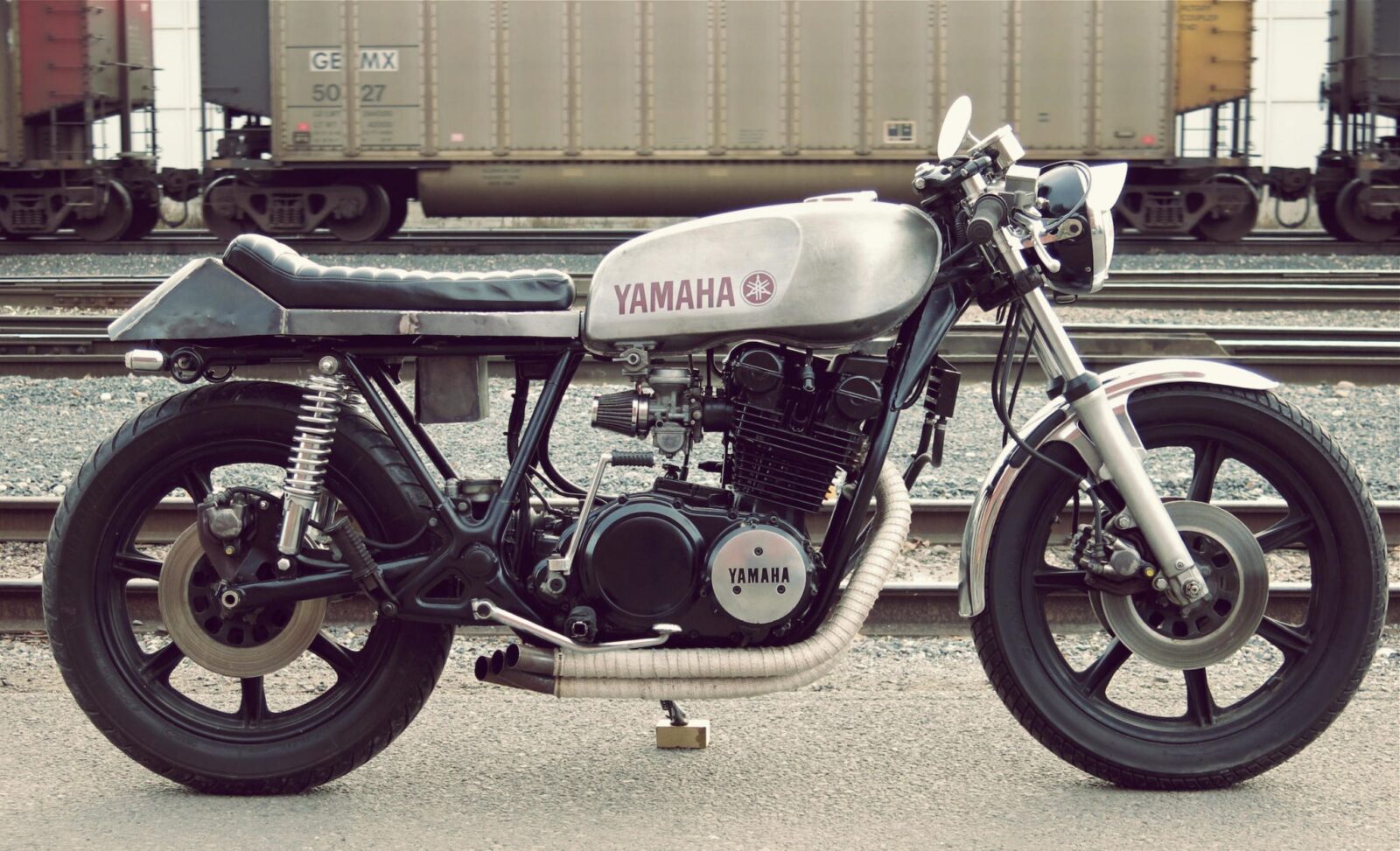 The Yamaha XS750 was produced from 1977 to 1979 before being replaced by the larger XS850, the model never saw the same production numbers as the wildly popular parallel-twin Yamaha XS650 but we’ve been seeing more and more custom XS750s coming to light in recent months – like the one you see here.

It isn’t often that we come across a custom bike builder based in Montana, I imagine it’s because the residents of Big Sky Country have better things to do (like running away from bears) – so when New Zealander Colin Cornberg moved to Missoula 2 years ago he set about finding himself a motorcycle and getting to work on it.

He found a 1977 Yamaha XS750 being sold nearby in Bitterroot Valley and went to have a look, the bike was in terrible condition and had clearly suffered a great deal in the last few years of its life. The original engine’s  electronic timing unit had been barbecued in an engine fire and had one bent valve and one that had broken off completely – fortunately the sale included a spare engine that was in far better condition and so Colin’s first major task was to rebuild this spare engine, remove the original unit and bolt the newly refurbished powerplant into place.

Once this was done, Colin set to work stripped the bike back to the frame and rebuilding it as his own interpretation of a minimalist, survivalist motorcycle – the sort of thing MadMax would ride if he happened to live in Montana when the world ended. 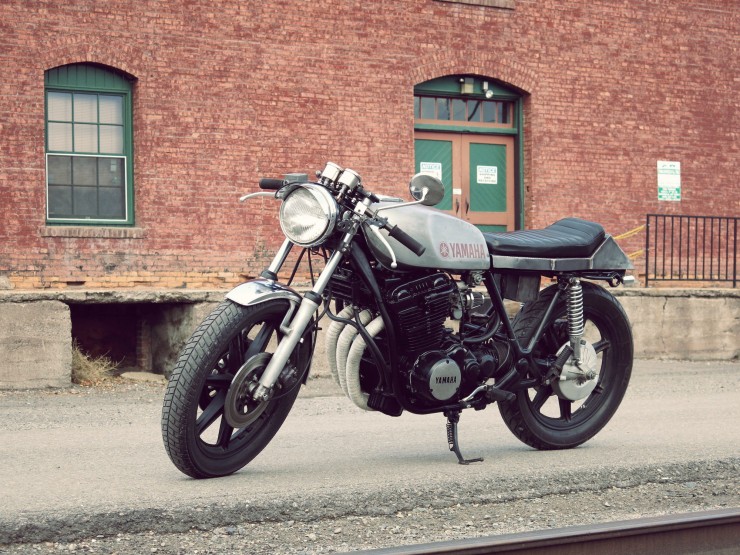 A new, much simplified wiring loom was first on the to do list, anyone who’s ever attempted to make a wiring loom from scratch will immediately understand how much fun this isn’t. The stock air box was removed and new high-flow pod filters were added, a new seat pan and seat were bolted on above and a pair of clip-ons replaced the stock handlebars. Both the carburettors and brakes needed a full rebuild before they were able to be trusted and the forks needed to be disassembled and tidied up before compression was reliable.

The completed bike with its blacked-out engine, clear coated steel fuel tank and seat pan, wrapped exhaust and minimalist gauge cluster is a fantastic example of what a cafe racer should look like – a stripped back bike that’s quicker than the original and an order of magnitude more fun.

Colin is currently working on establishing Number 8 Wire Motorcycles in Montana, possibly the only cafe racer garage in the state. He’s hard at work on more customs in the vein of the Yamaha XS750 you see here, so if you’d like one for yourself hit that link above and pay him a visit. 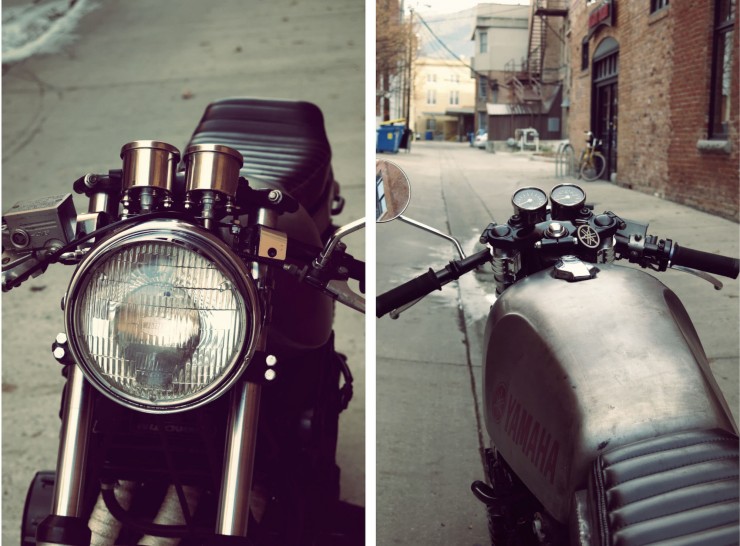 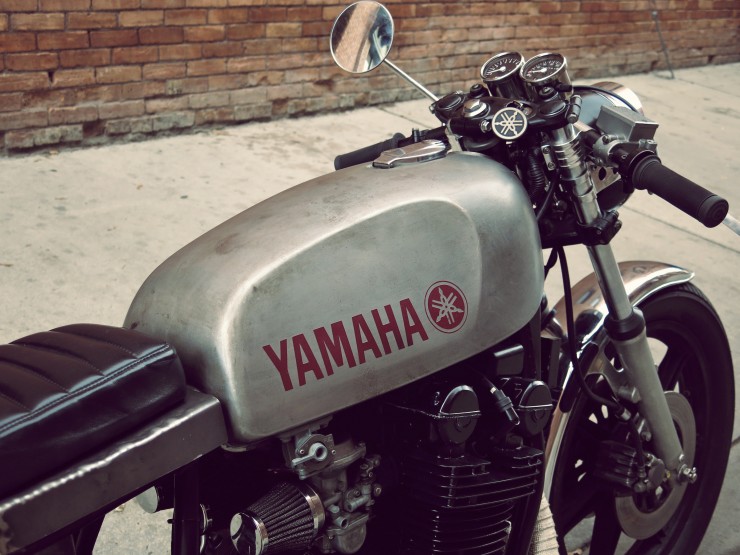 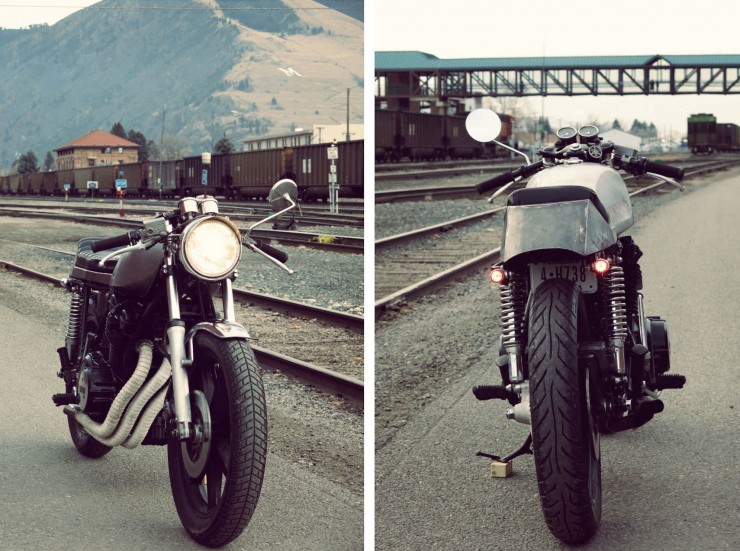 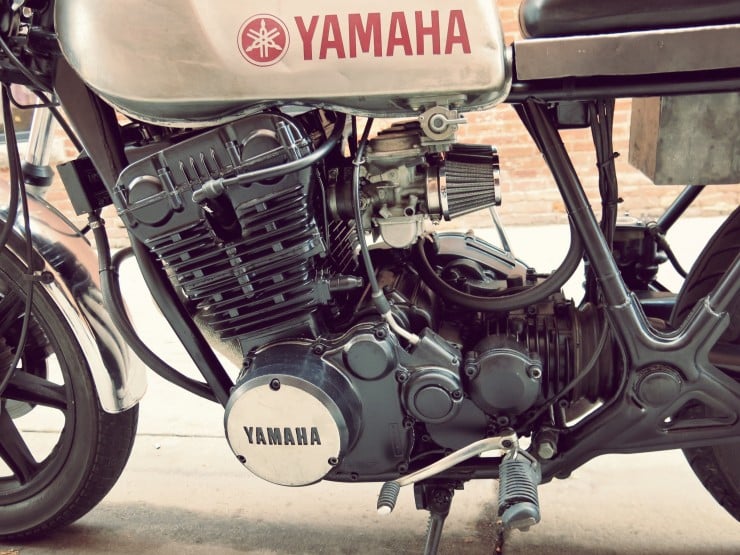 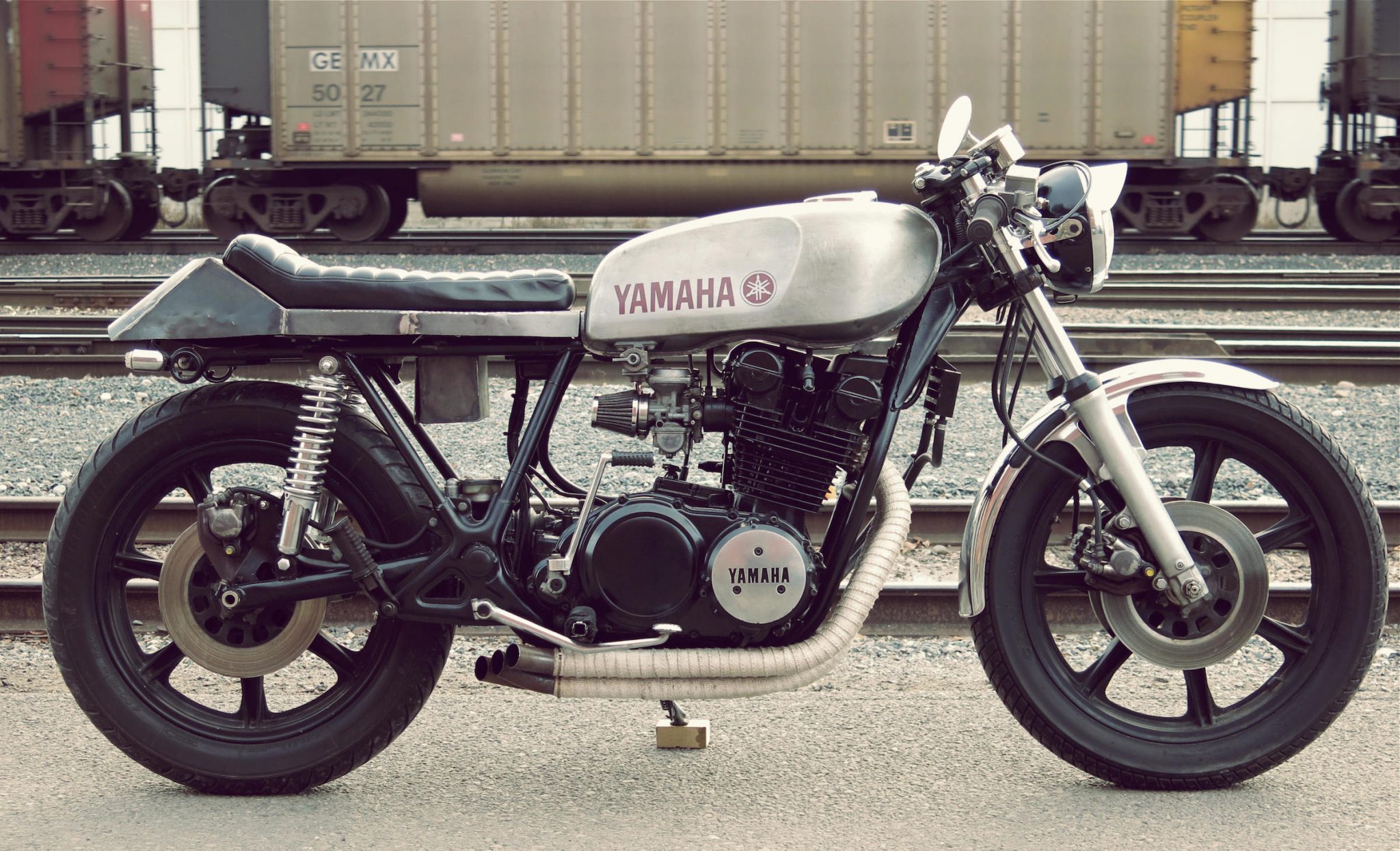 Published by Ben Branch - March 4th 2014
Related Posts
The Honda Cub EZ90: The Motorcycle Of The Future From 1991