The team at Ugly Motorbikes have a habit of making their name pleasantly ironic, they invariably turn out motorcycles, like this Yamaha cafe racer, that are so beautiful they almost seem to pop out at you through the screen.

Brady and Chris at Ugly Motorbikes found the donor bike for this build in San Diego, the owner had given up halfway through a bobber conversion and the frame was covered with dodgy welds and bullet casings (they were used as frame plugs), the owner had also decided to weld on rebar hard-tail struts. If you’re anything like me, that last part made you slap your hands over your face and question the existence of god.

“We wanted to build a bike that would catch your eye first look, but will really draw your full attention on the second head turn. We’ve had people visit the shop and not notice the bike till an hour after BSing, with the common response being “Wait, what is this!” Giving this build the unofficial nickname – The Girl Next Door.”  Brady Young – Ugly Motorbikes 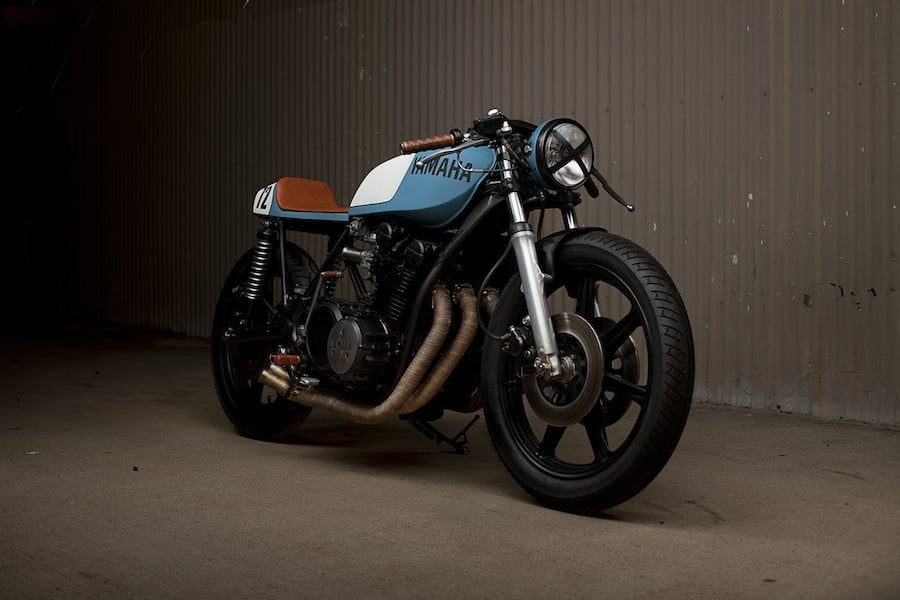 The Yamaha XS750 isn’t the most common choice for a cafe racer conversion, this one has had its frame re-worked and has a custom 3 into 3 exhaust set up that gives it a urgent, almost angry sound when being ridden properly. The forks have been internally lowered 1 ½ inches and a further 1 inch at the triple tree, the velocity stacks are custom engraved, the stop light is asymmetrical and the seat, grips, and foot-pegs are wrapped in Nigerian calf leather. The colour of this leather wrap works well with the fat-blue fuel tank and rear cowling, giving the bike a look reminiscent of the classic Gulf GT40s.

If you’d like to see more from Ugly Motorbikes check out our previous feature on their Honda CB650 cafe racer here, or visit their website here. 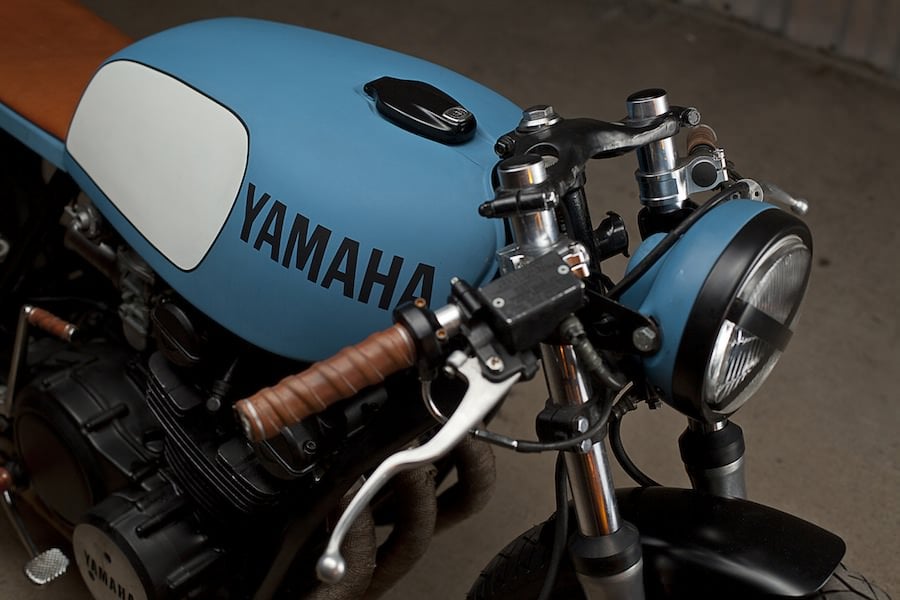 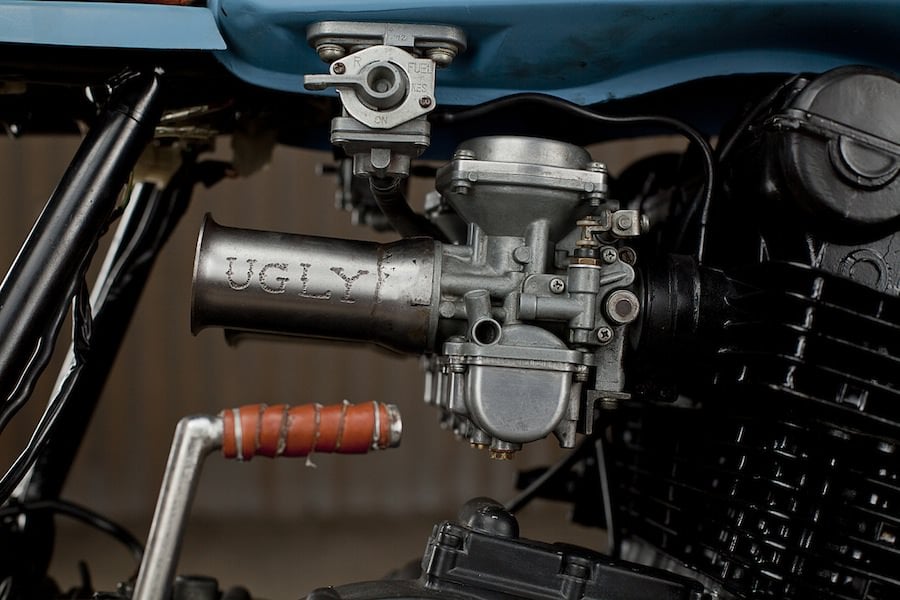 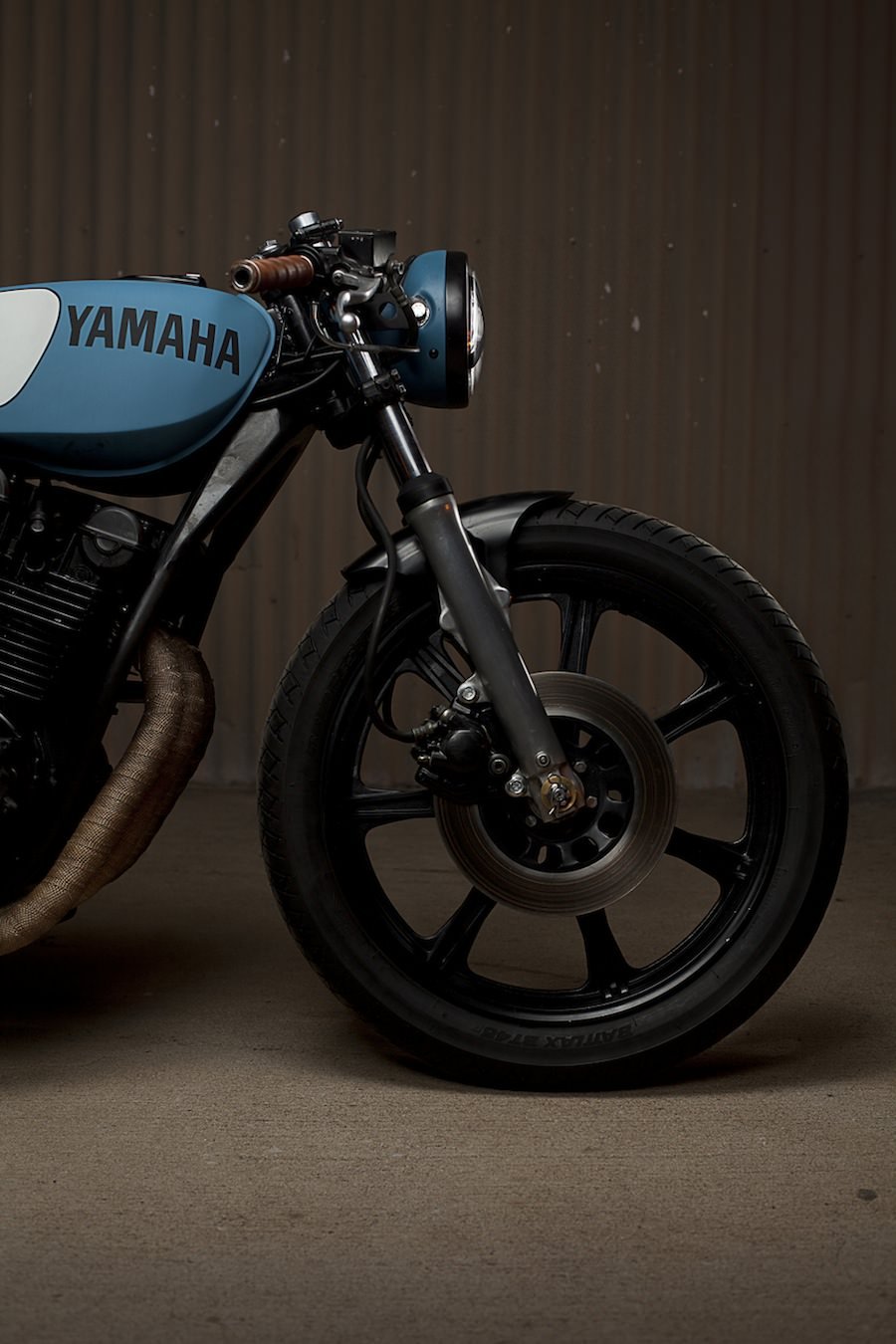 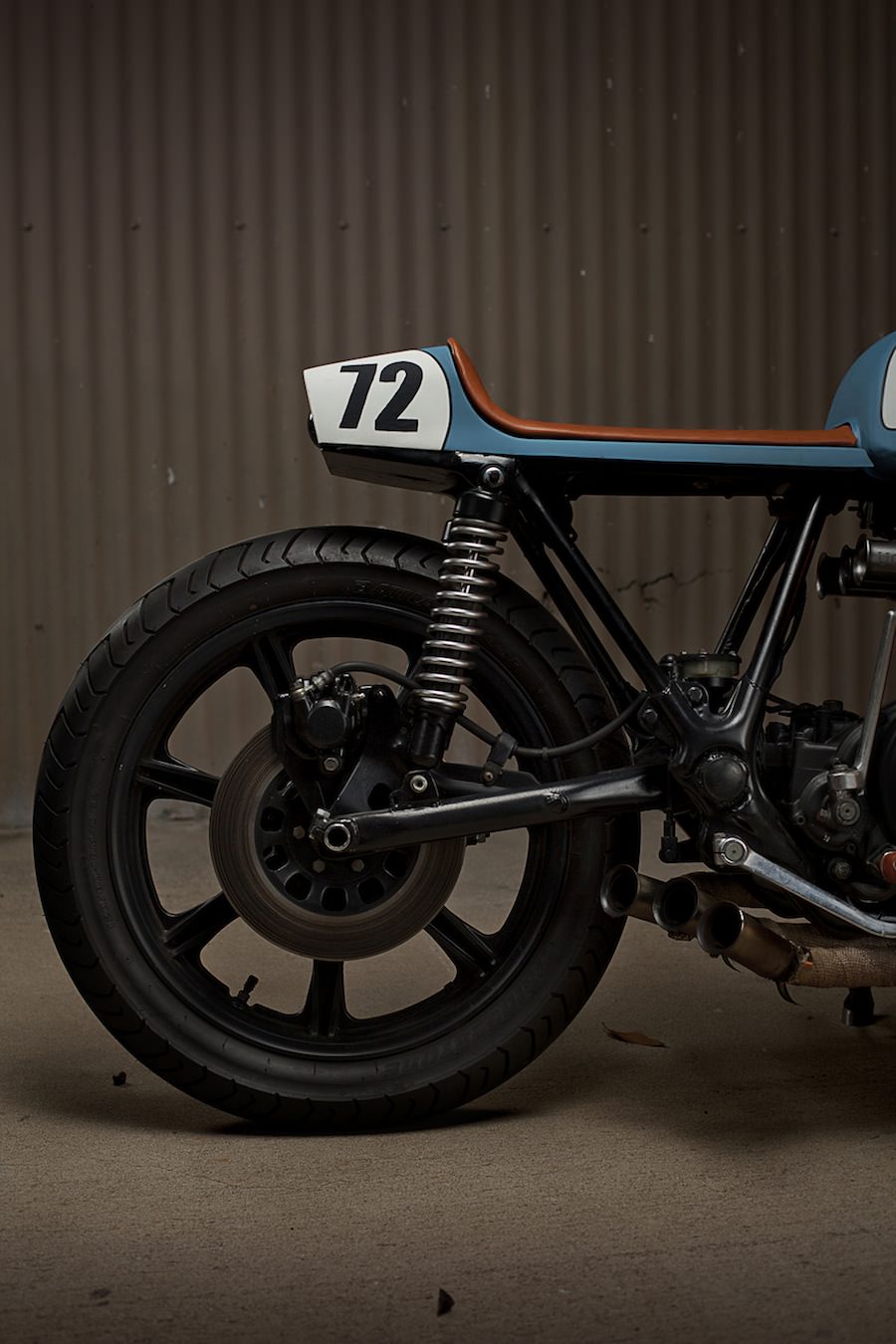 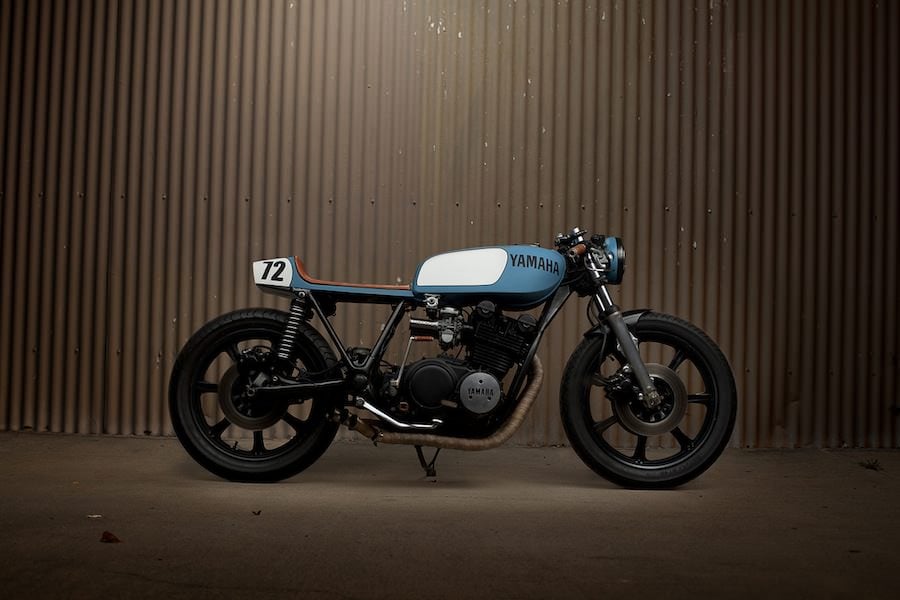 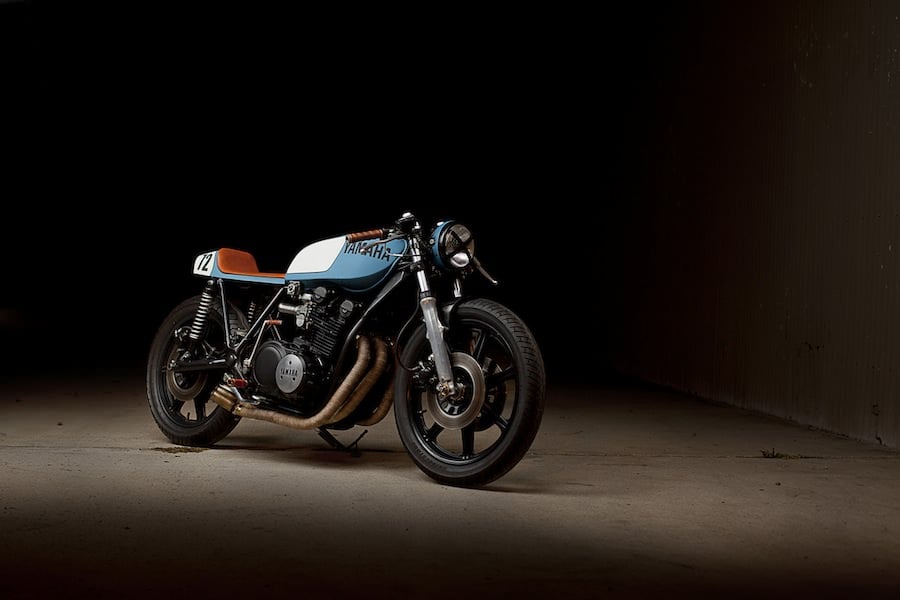