The humble Yamaha XS400 isn’t a bike that we see getting converted into cafe racer form all that often, it seems a shame as the bike has serious potential. This XS400, built by the talented team over at MotoHangar, has an eye-catching and almost Lotus-F1 style black and gold paint job with gold wheels and an old 1950s amber foglight converted to work on a motorcycle.

The Yamaha XS400 was built between 1977 to 1982, it wasn’t a huge commercial success but there’s a strong community of enthusiasts out there for the model. It was a relatively advanced bike when it was released, it has a 6-speed transmission with a wet plate, 6 friction disk clutch, electric & kick starters, self-canceling turn signals, adjustable rear shock absorbers and an automatic fuel petcock.

MotoHangar’s take on the cafe racer conversion is pleasingly minimal, they’ve kept the bike nice and simple whilst adding the essential clip-on handlebars, rear seat cowling. They removed the fenders and superfluous mirrors and lights leaving the bike with a lightweight, urban-cafe feel.

If you like the look of this bike, check out the eBay auction for it here, there’s only about a day left on the bidding and at the time of writing the price hasn’t even gone past $3,000 USD. 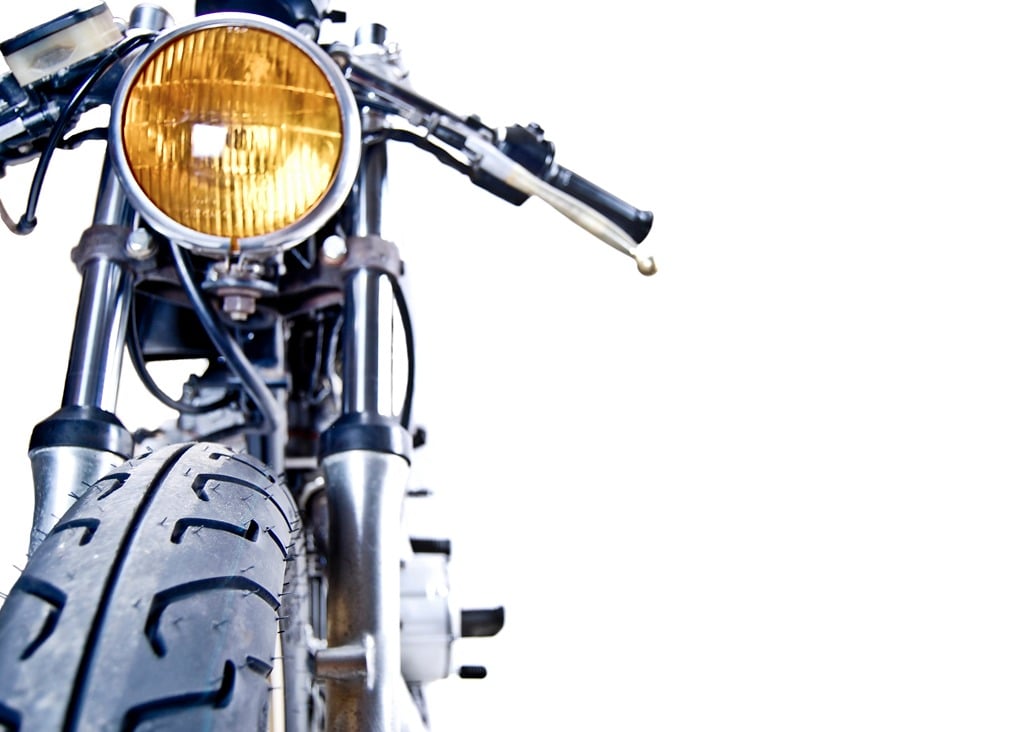 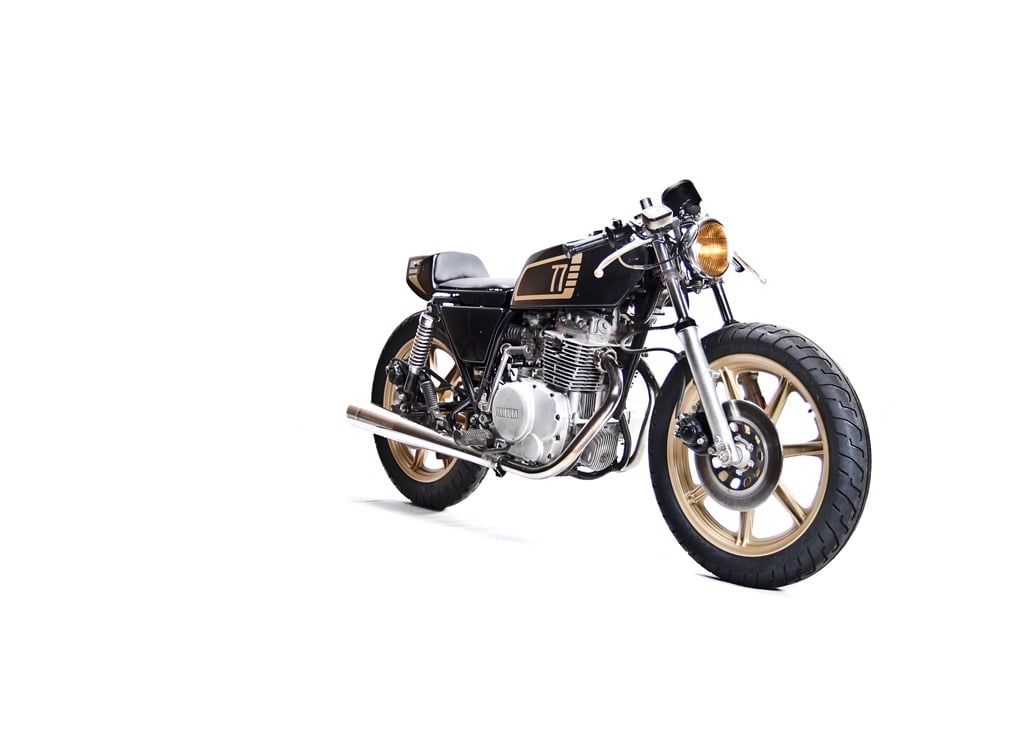 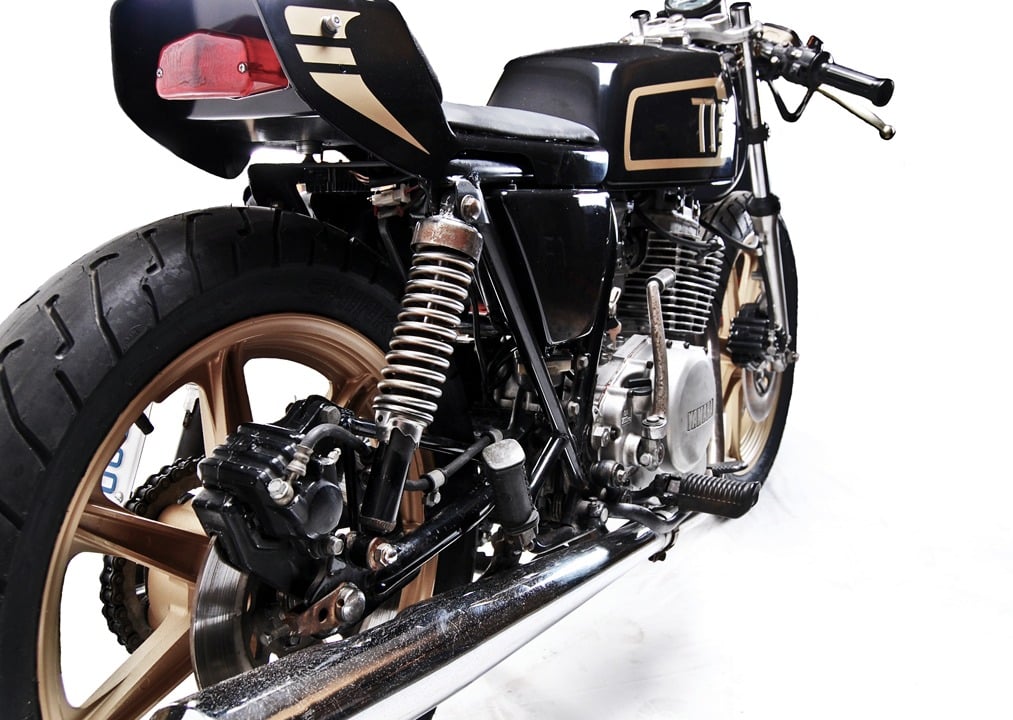 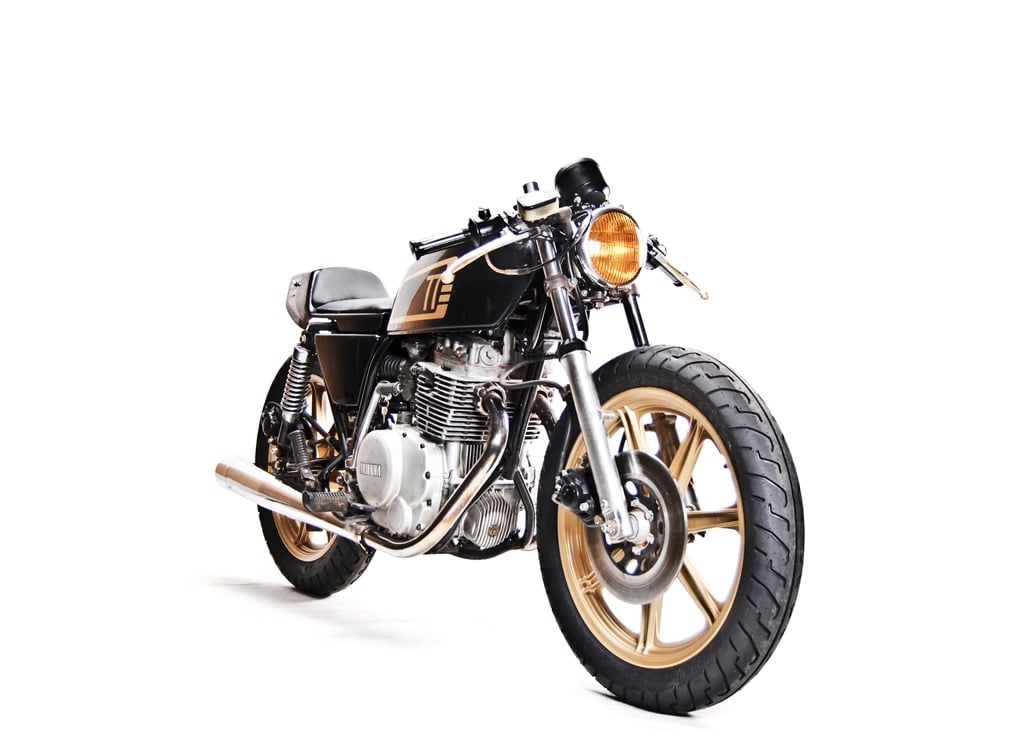