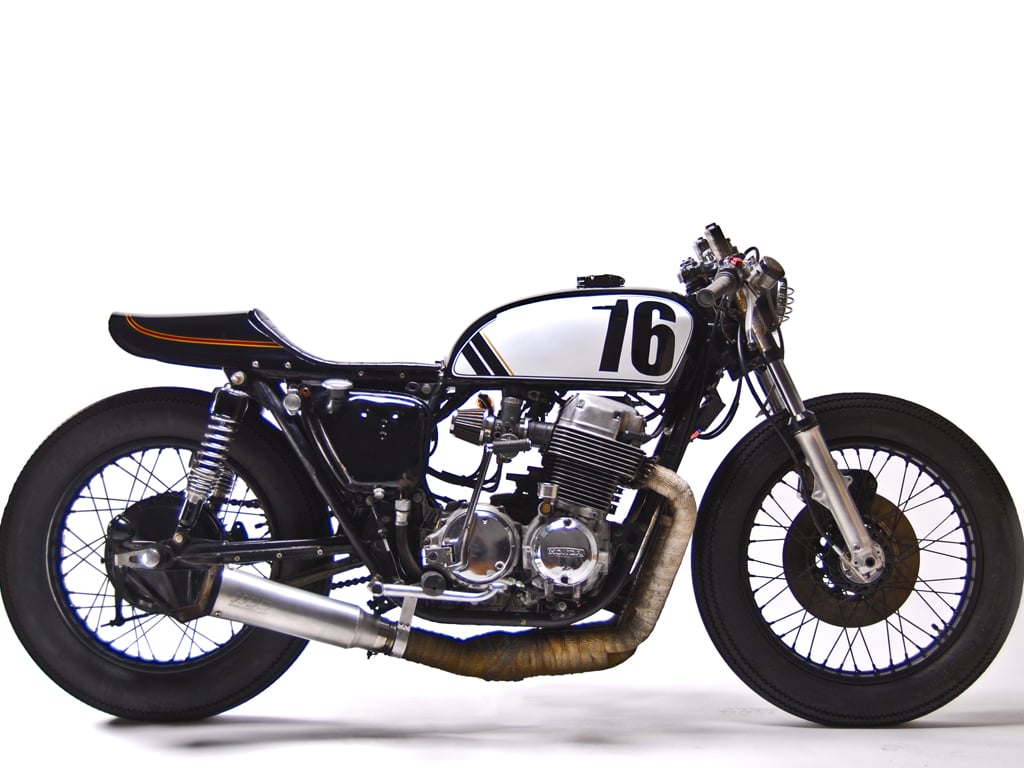 The Honda CB750 is a venerable beast and is very popular with the kind of motorcycle owners who are never quite finished customising their bike.

This particular example is owned by Jon over at motoHangar, it’s his daily rider and isn’t meant as a show bike, however I think it’s raw and rugged look beats the bejesus out of most of the metallic painted, chromed up two-wheeled show-ponies out there.

There is quite a list of modifications to this bike, some of the highlights include a tail off of a Kawasaki KZ, wrapped pipes, a custom low profile seat, powder coated wheels, classic Firestone rubber and a headlight off of a Suzuki Trials bike.

Check out more of motoHangar’s work via their website here. 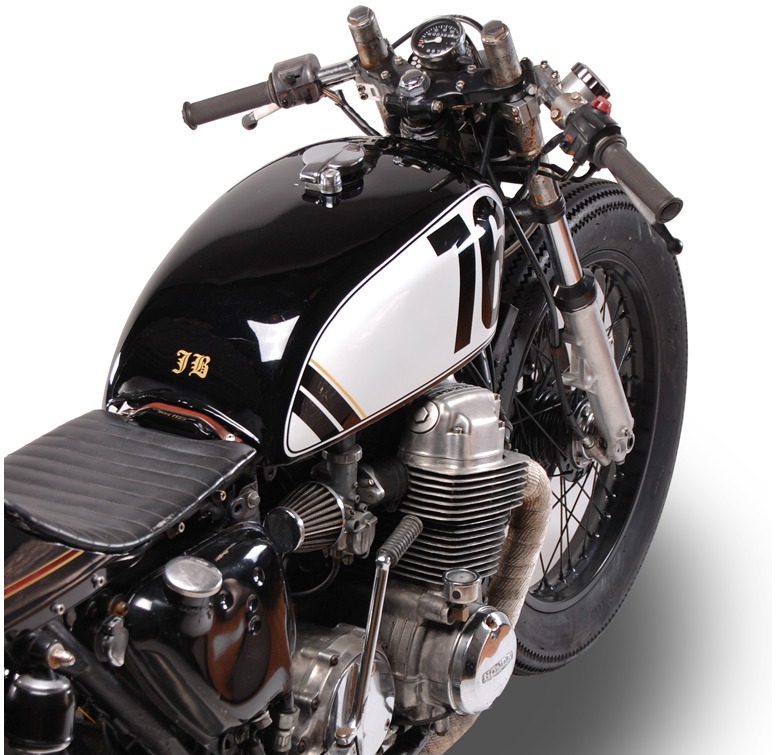 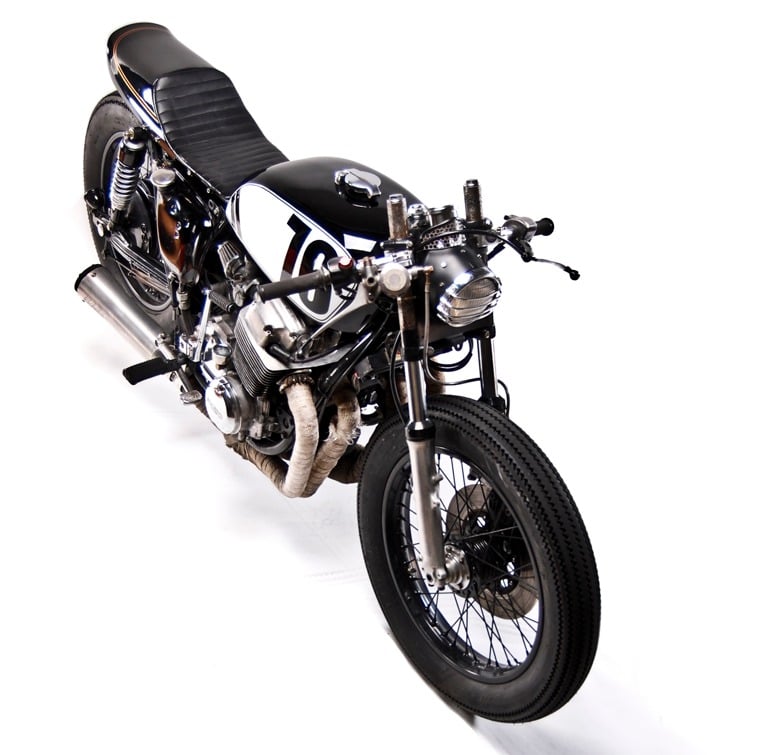 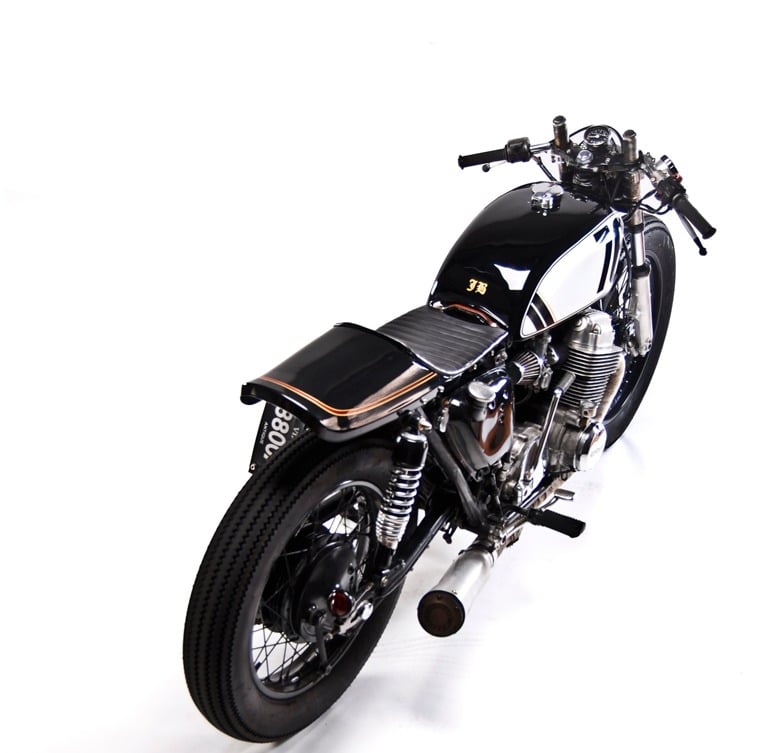 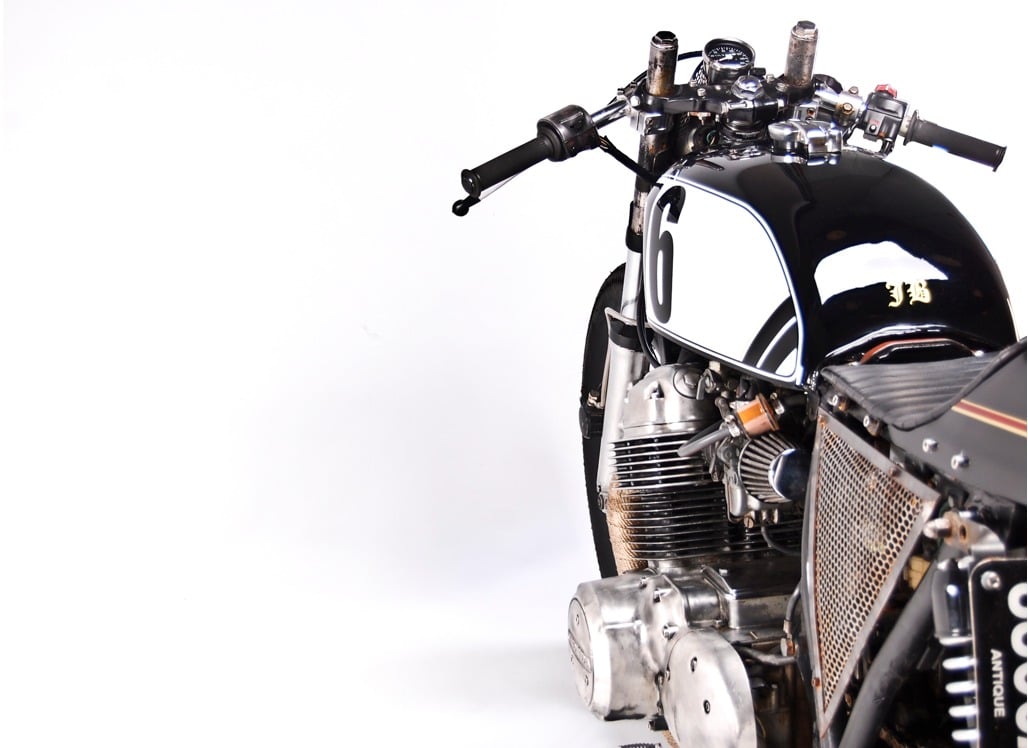 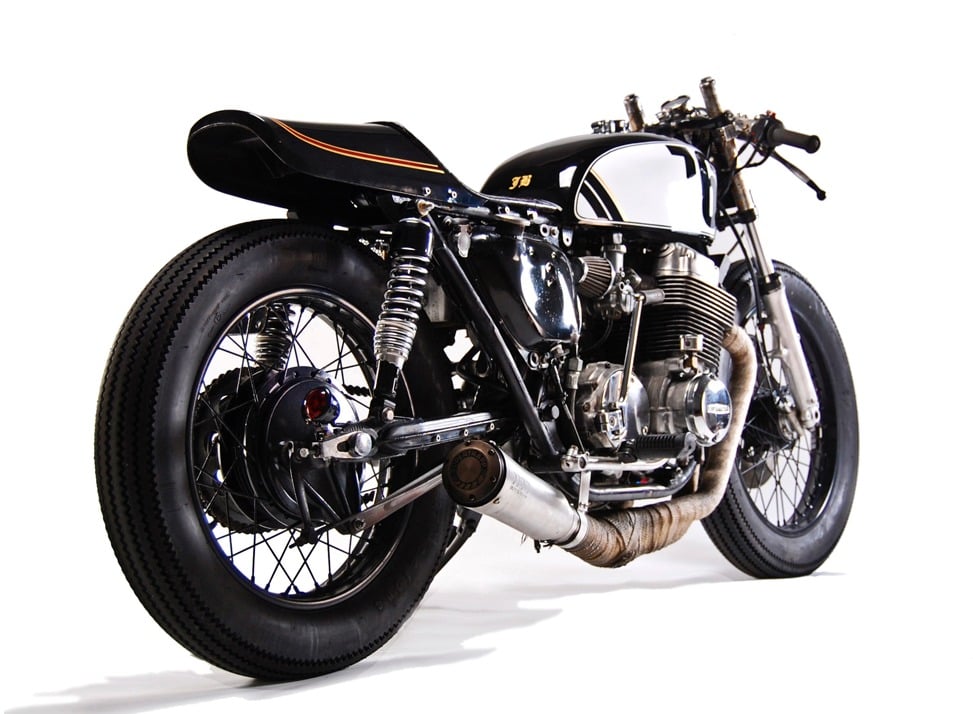 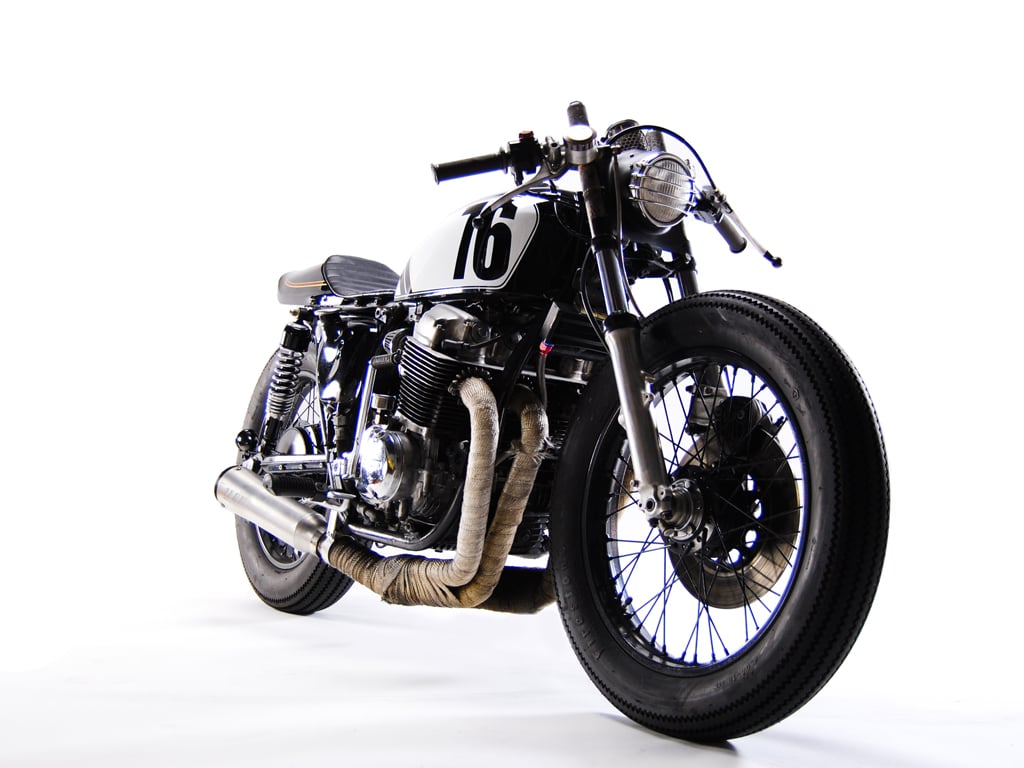 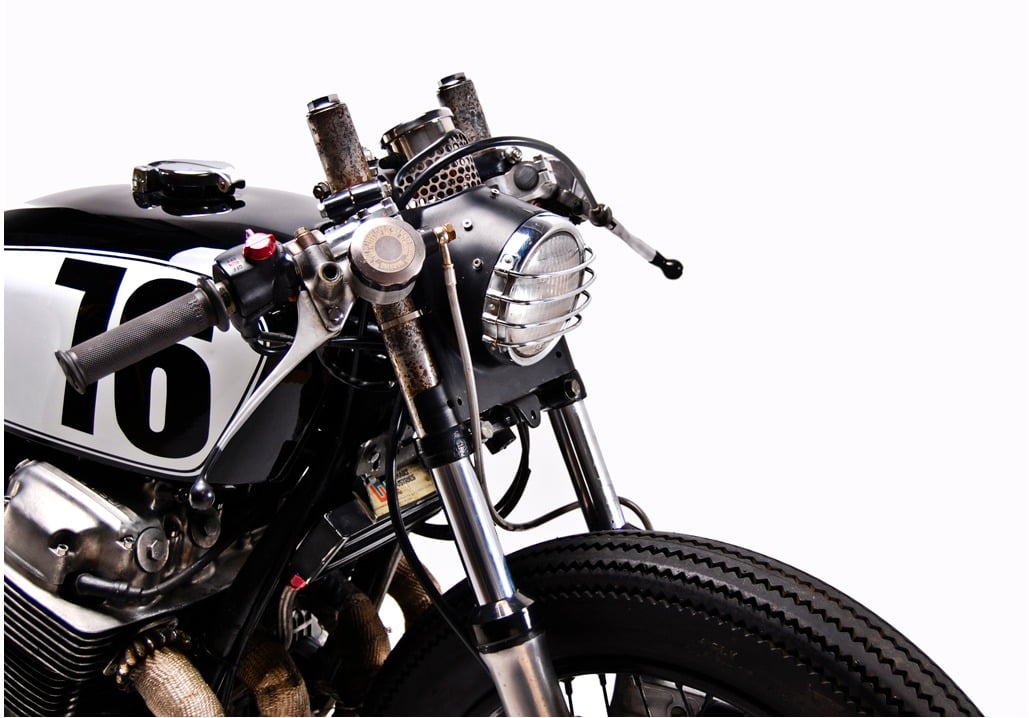 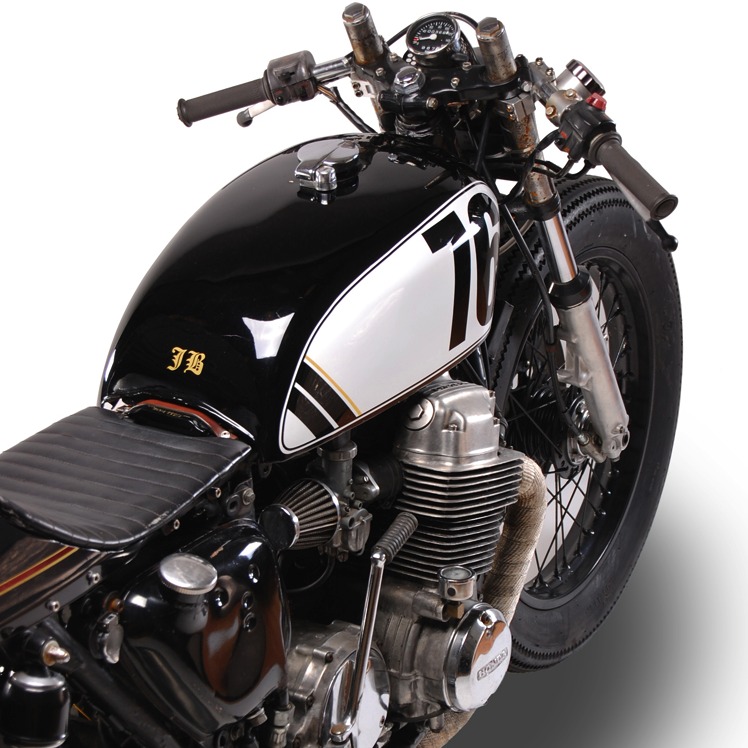