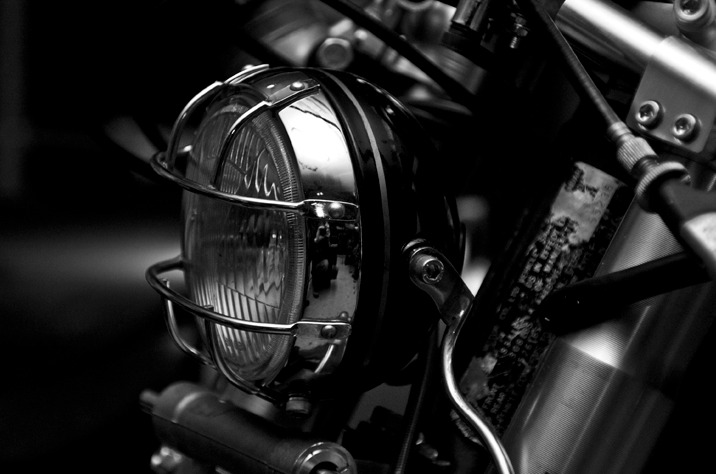 motoHangar is a relatively new garage but they’re showing a lot of promise, this is their 4th bike and it’s already won 2 awards, the “Best in Show” and “Trick Bits” awards at Fighter Fest 2011 Carlisle, PA.

Based on a 1975 Suzuki GT550 2-stroke the Honduki has the mono shock rear suspension from a Kawasaki 636 and the front forks from a Suzuki GSXR, this upgraded suspension and modified frame give the 3 cylinder bike  the handling of a much more modern bike, with all the white-knuckle charm of a 70’s 2-stroke.

We’ll be keeping a close eye on motoHangar and will bring you their new builds as they roll out of the garage. Check out their other builds here. 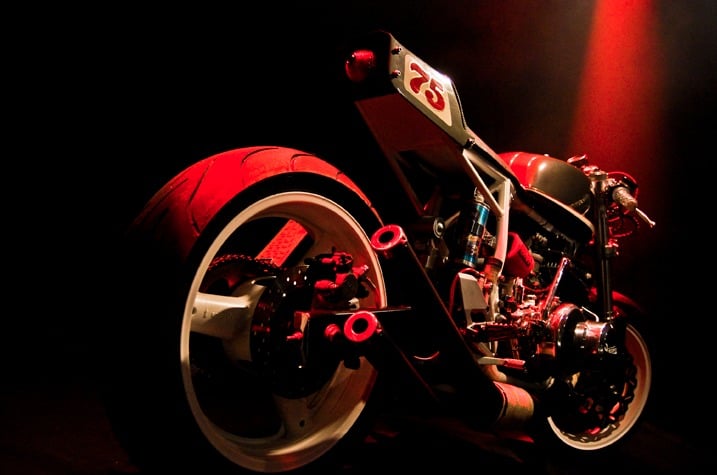 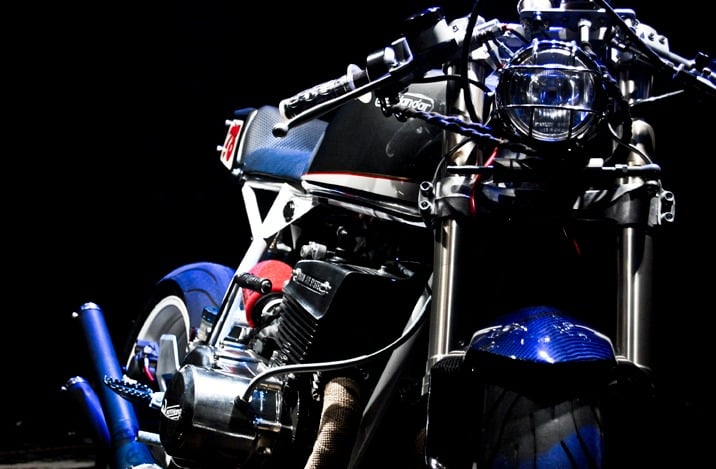 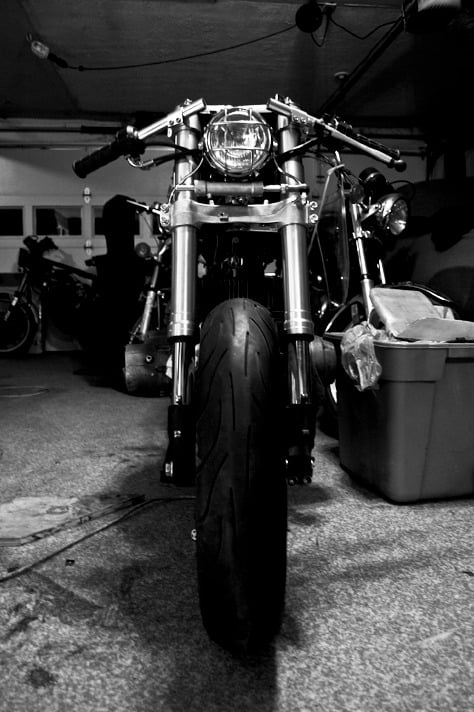 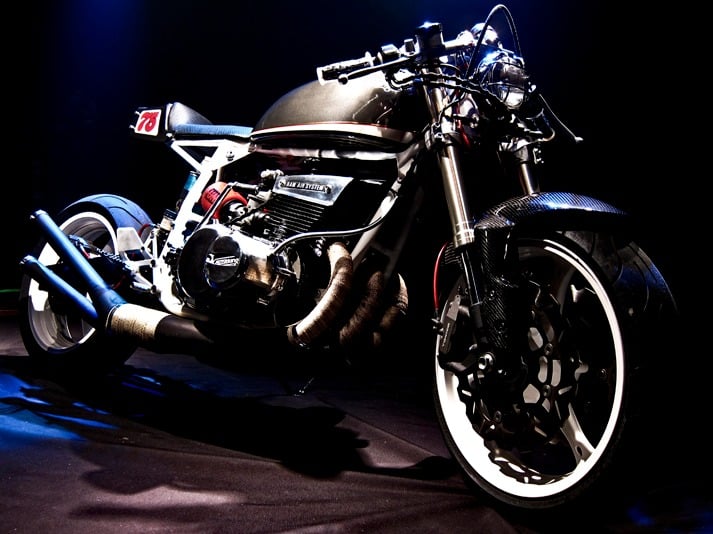 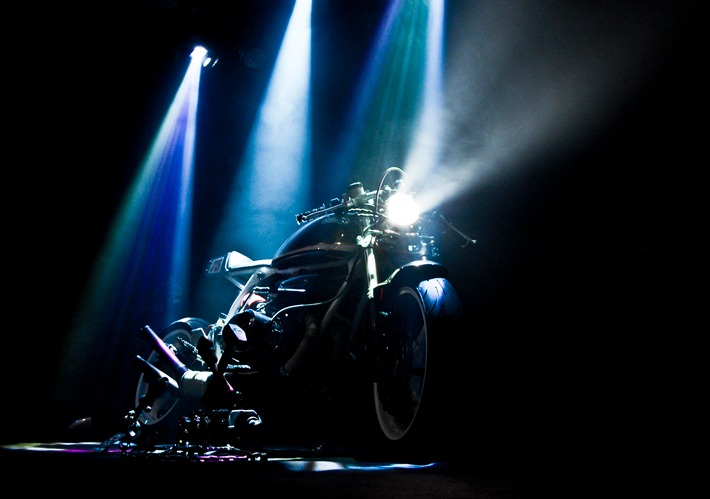 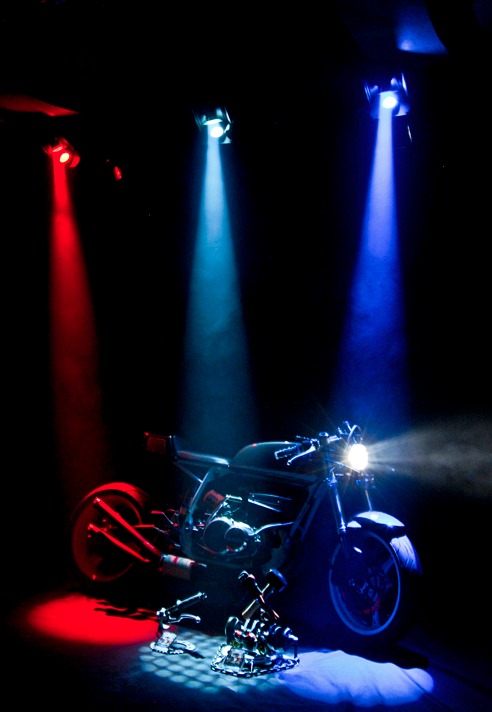 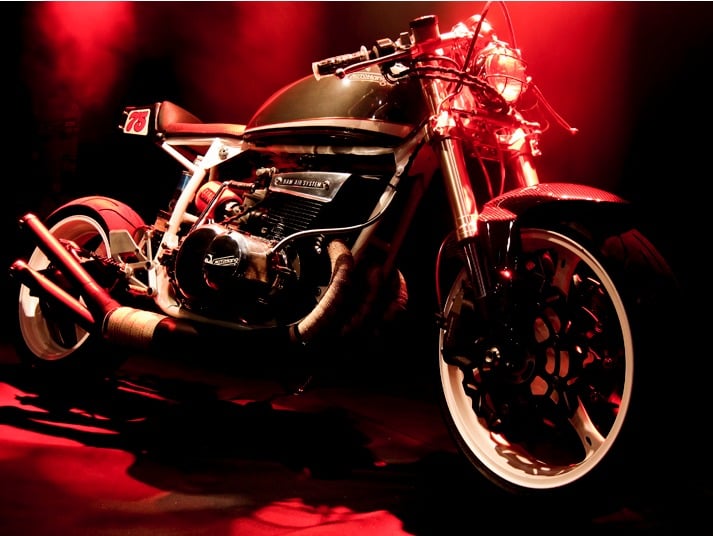