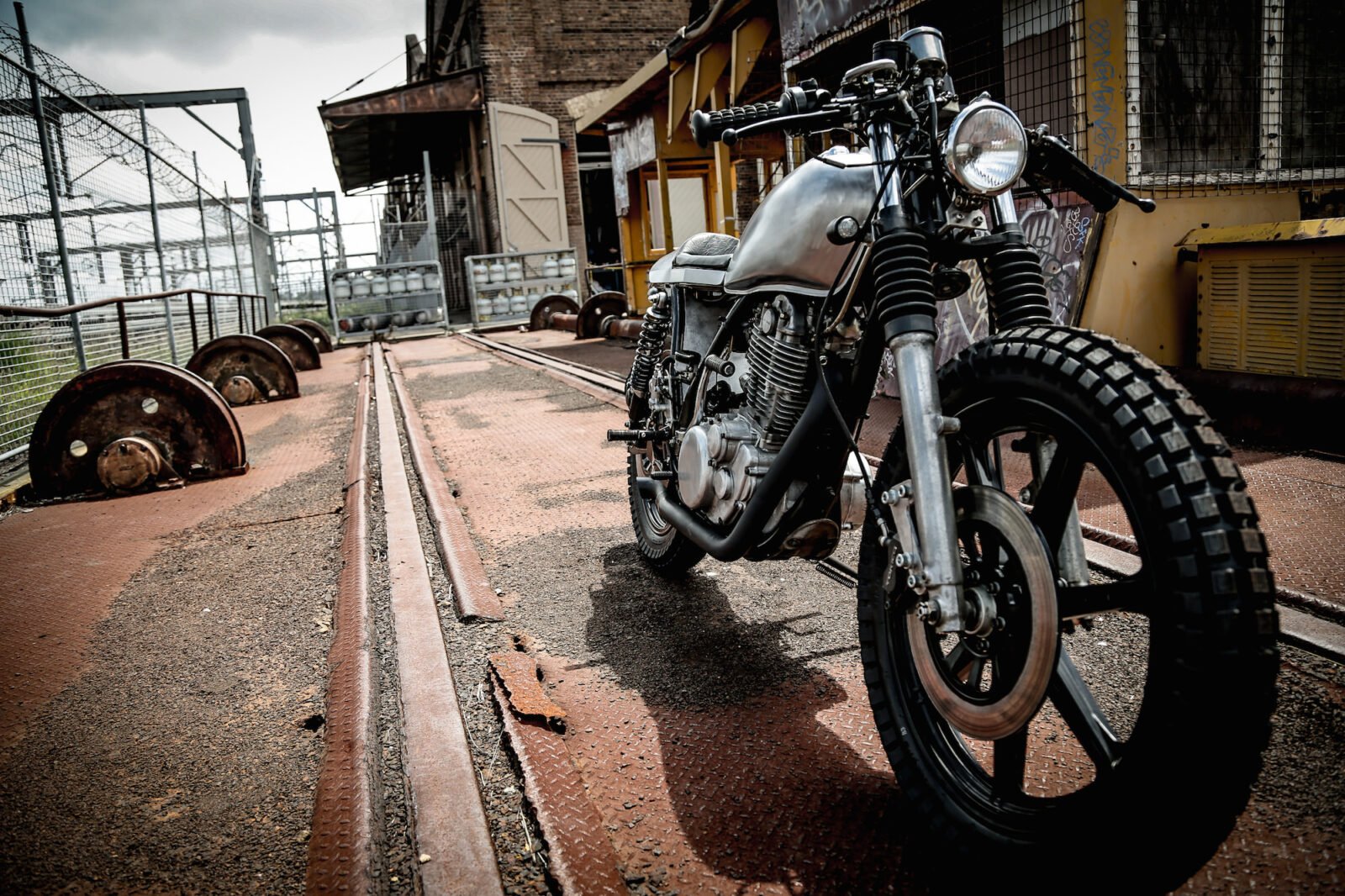 The Yamaha SR400 is a cornerstone of the international custom motorcycle scene, the indestructible single cylinder thumper has one valve in, one valve out and a single carburettor mounted under the seat. This means that when the global nuclear apocalypse finally takes place, the SR400 will be one of the few motorcycles that still works after the EMP toasts the ECU in the guts of every modern car and motorcycle.

We’ve seen SR400s converted into every style of motorcycle under sun, and a few that defied genres altogether. Personally, I think there’s a lot to be said for motorcycles like this one – it has a few design elements from the cafe racer school of thought – most obviously clip-on handlebars and a low, streamlined single seat/cowling. The tires, headlight and fork gators belong to the flat-tracker/scrambler school of design and the bike’s light weight and minimalistic, function first appearance tend to hint that it’d be an excellent daily rider that could double up as a weekend-off-the-beaten-trail adventurer.

This SR400 was built by Gasoline Custom Motorcycles, an East Sydney custom motorcycle garage run by the suitably named Jason Gasoline and his friend Nick Walsh. They’ve been building custom bikes since 1994 and remain largely unaffected by current trends in moto-design, instead they focus on building usable, streetable motorcycles that can be ridden everyday. 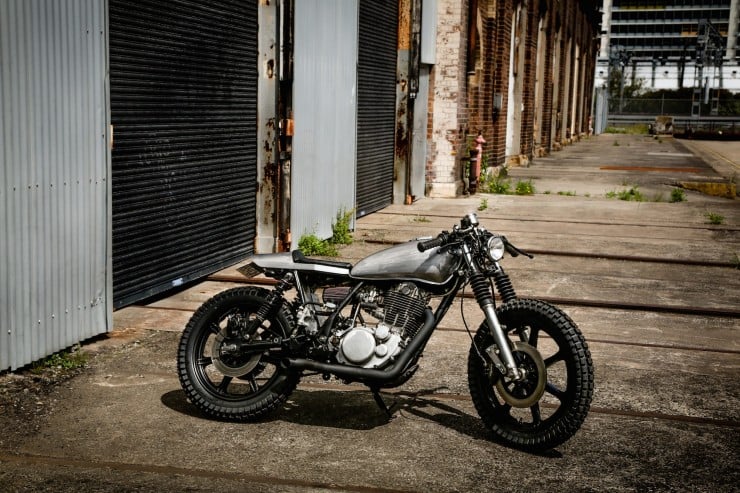 The most attention grabbing element on the bike has to be the chunky 18″ and 19″ Shinko Trials Tires, these offer plenty of grip both on and off the asphalt. That seat and rear cowl were handmade in-house, the tank was then sanded back to bare metal to match – giving the bike a post-industrial look and saving the new owner from having to worry about scratching any paint. A Pair of clip-on handlebars were bolted on, then fitted with retro “fatty” grips and a pair of Ikon shocks were added on the rear to tilt the bike forward a little.

Gasoline Custom Motorcycles is now taking orders for mid-2014 delivery and you can click here to visit their website and enquire after your own custom. 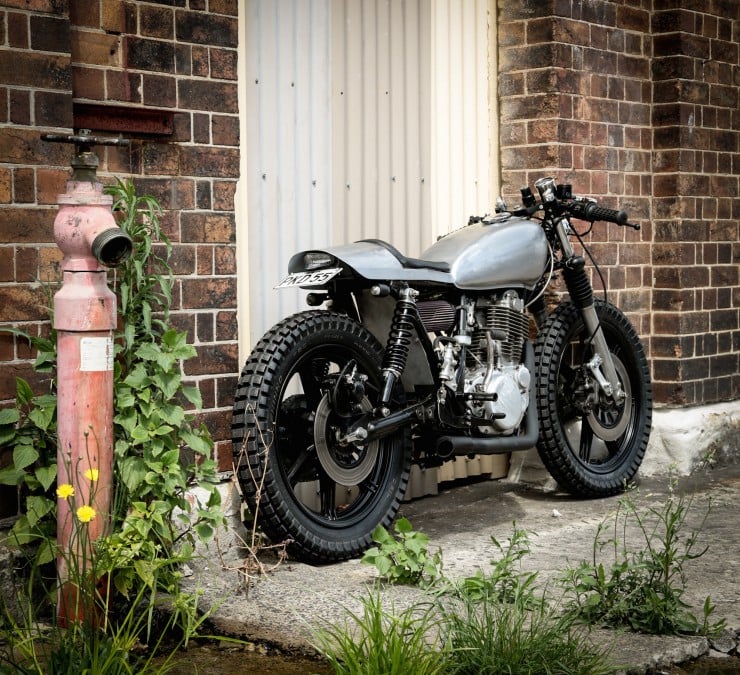 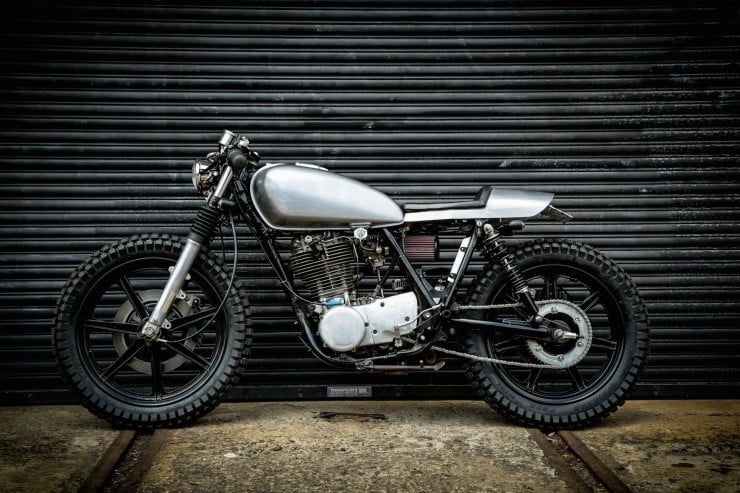 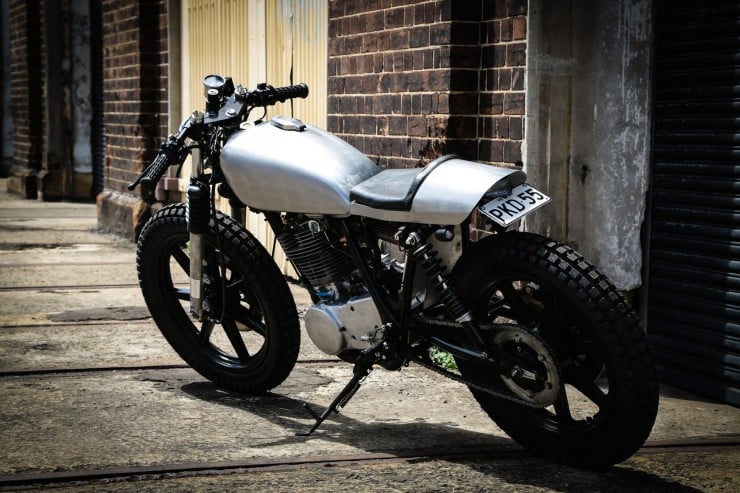 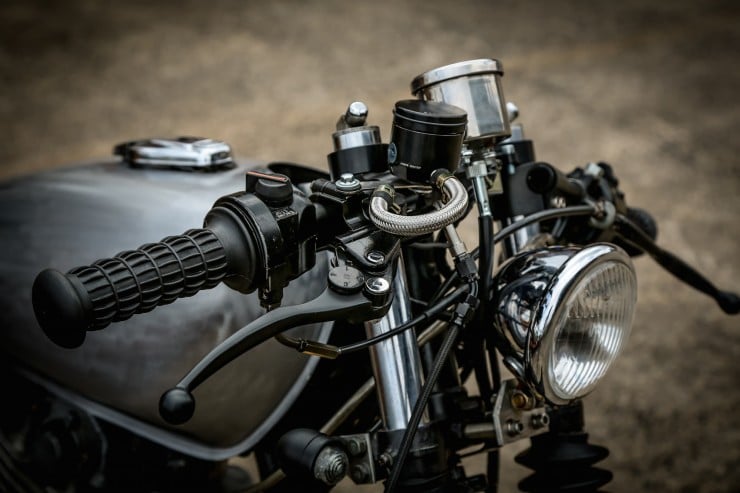 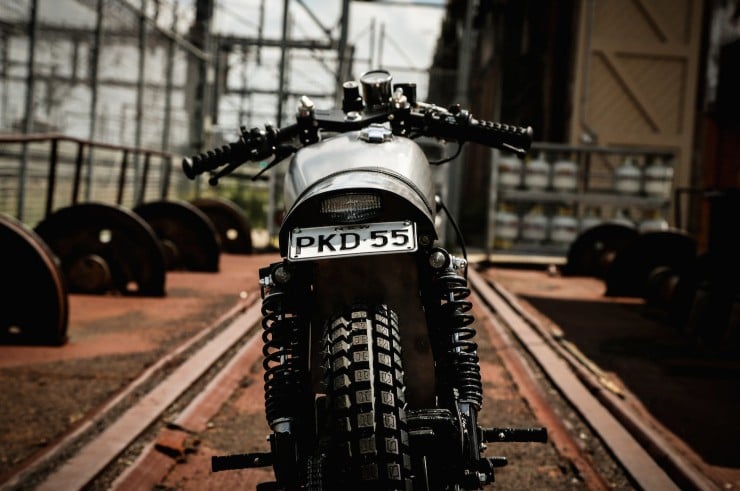 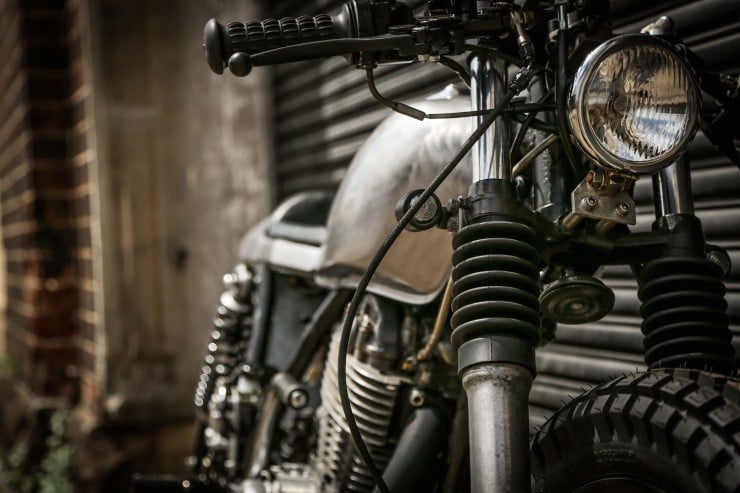 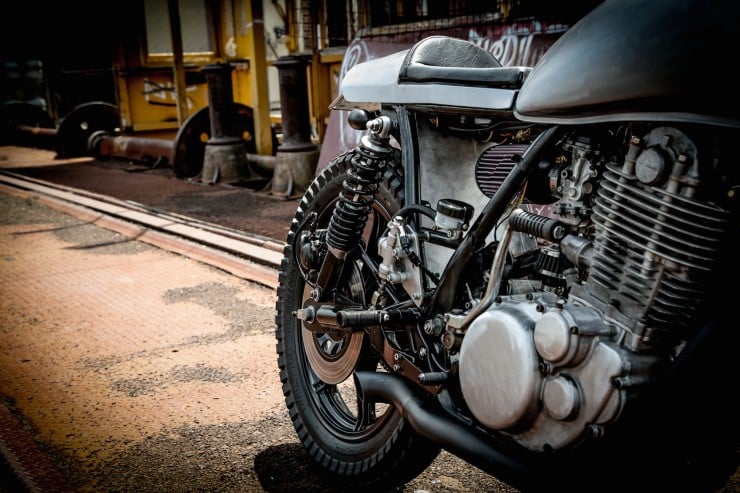 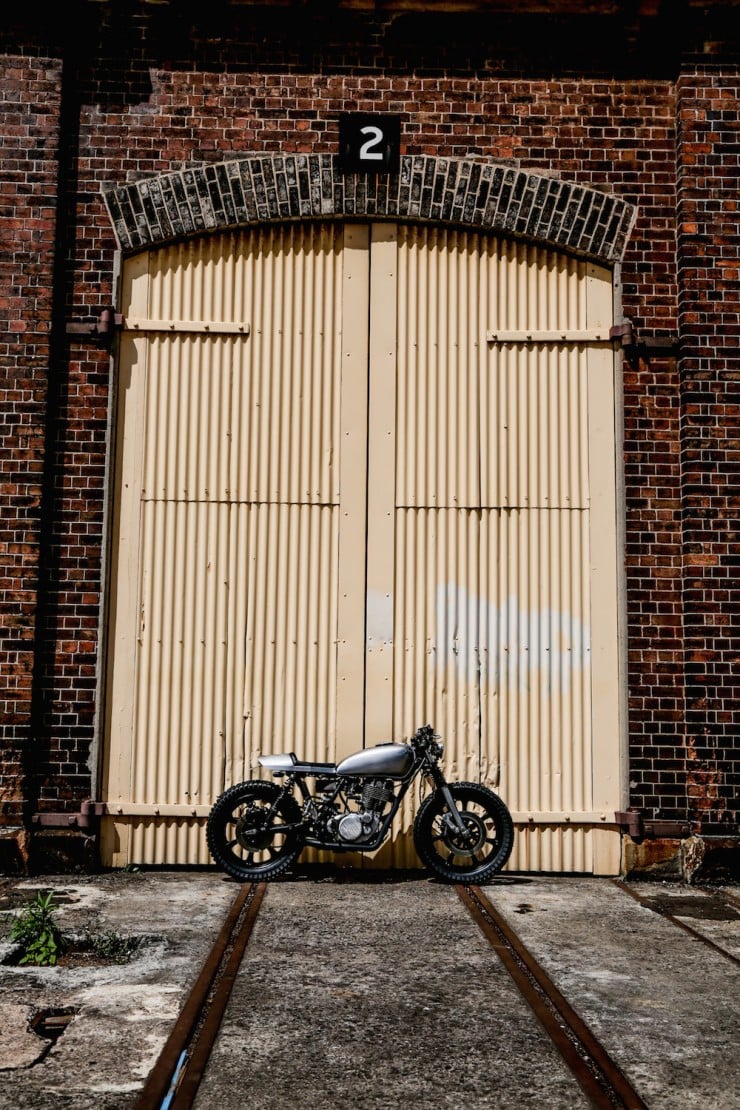 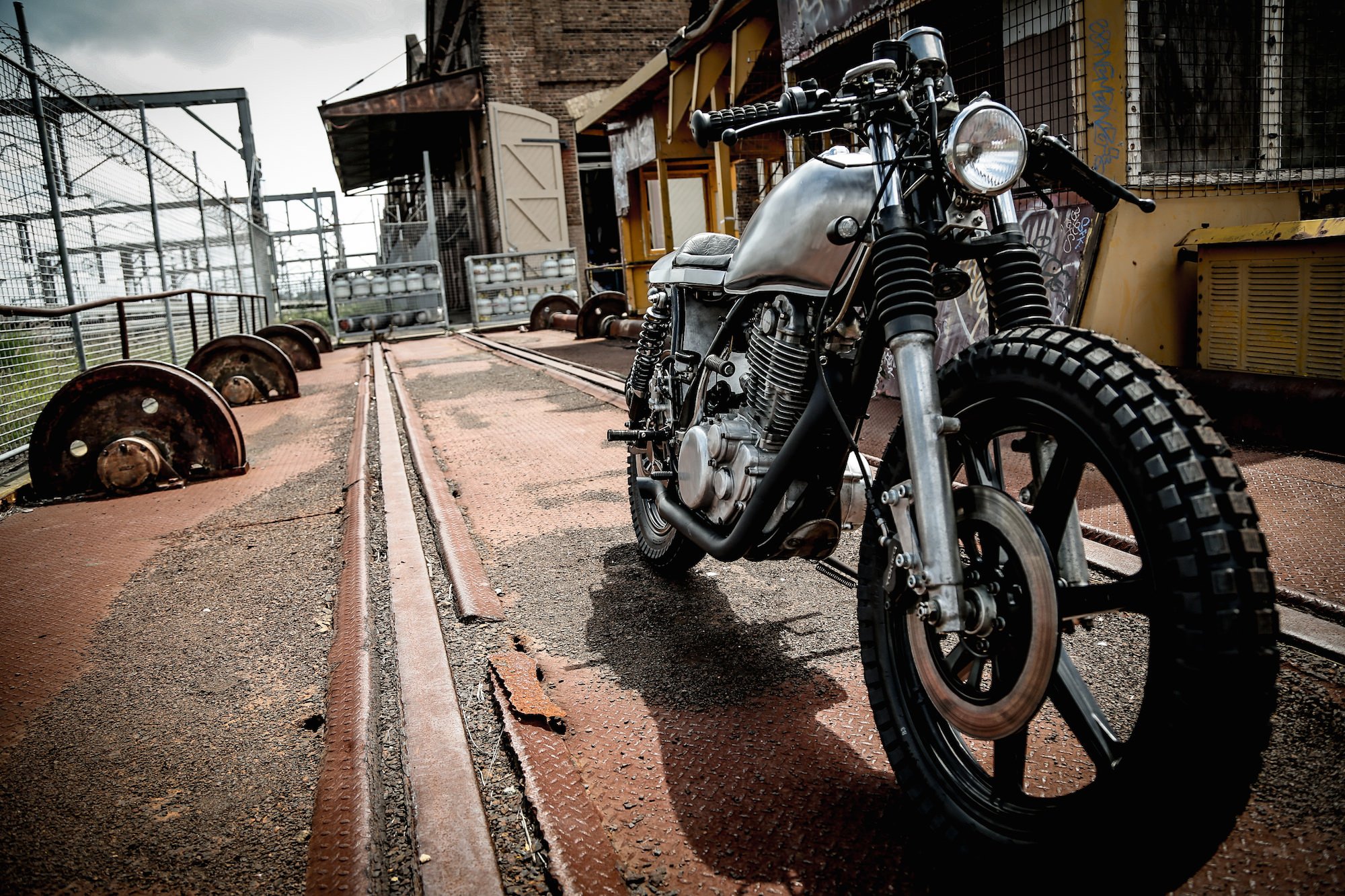