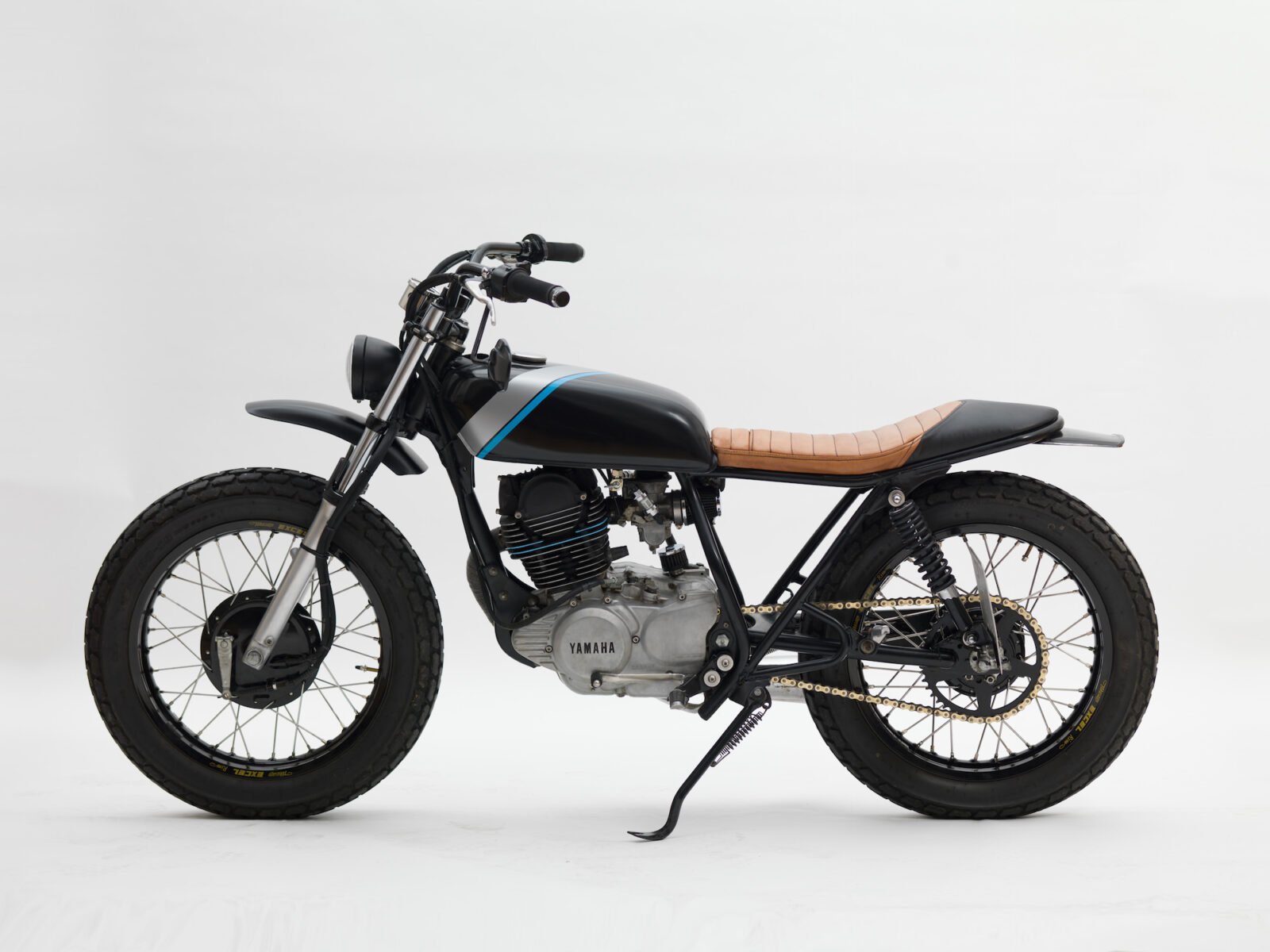 The humble little Yamaha SR250 is a motorcycle that lives in the shadow of its larger and far more famous brother – the Yamaha SR400/SR500. Which is a bit of a shame really, as it’s a fantastic small-displacement bike with a top speed of 80mph and fuel consumption at 76mpg – making it an ideal first bike and a solid daily commuter.

Most of the customs we’ve seen have been of the SR250’s stable mate, but every now and then an enterprising builder picks up an old SR250 and sets to work on it. As a base for customisation, the SR250 has excellent bones. It’s quite light at just 287lbs, it’s simple and reliable 249cc engine has a SOHC and also acts as a stressed member – improving frame rigidity.

When German product design students Tim Besler and Rafael Berti were hunting around for a good base for their fist custom motorcycle they came across an original Yamaha SR250 that still belonged to its first owner. It had 25,000 kilometres on the odometer, which is barely shakedown milage for a bike like this, so the two men bought it and began the tear down process.

Their goal was to create a bike that was as simple and light as possible, to maximise the effectiveness of the 21bhp engine.

They decided to go for a street tracker look – which is arguably one of the most practical of the popular custom motorcycle types we see coming across our desk.

The completed bike is road legal in Germany – which is quite the achievement given the slew of tests it had to pass. We’ll be staying in touch with Tim and Rafael, and we’ll bring you their next custom just as soon as it’s ready for prime time. If you’d like to visit their site you can click here. 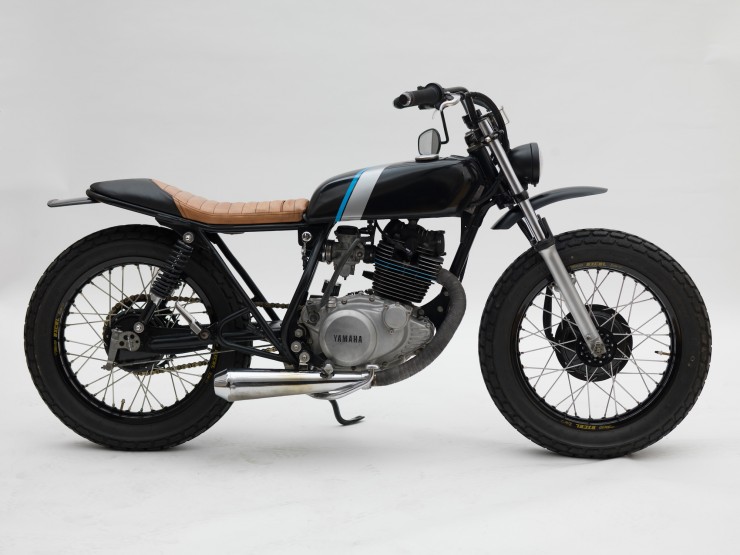 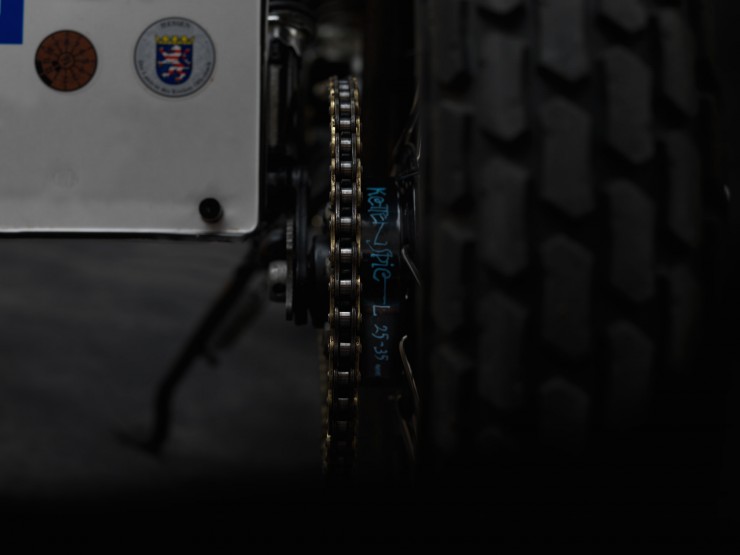 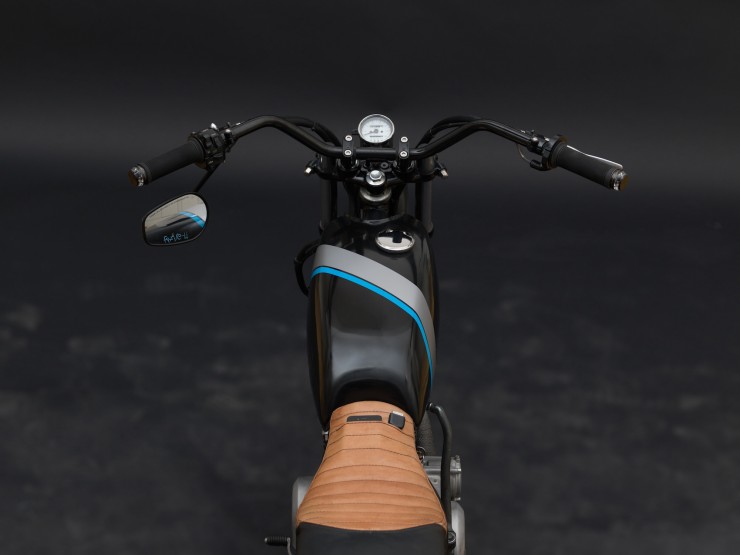 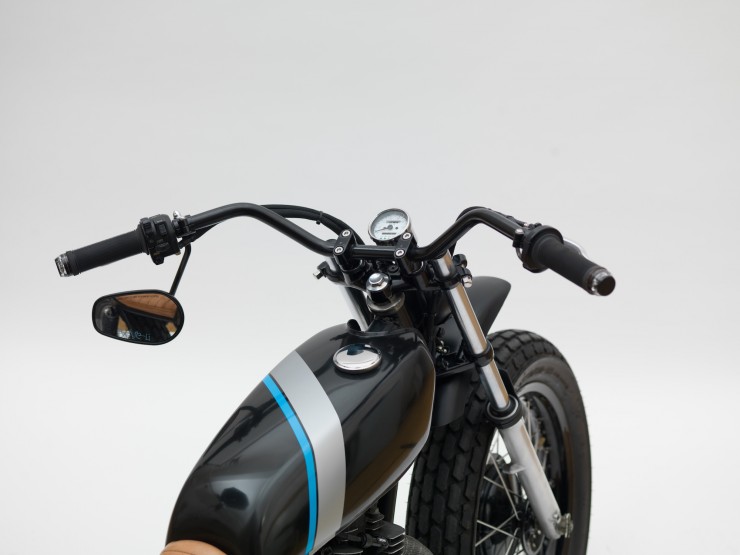 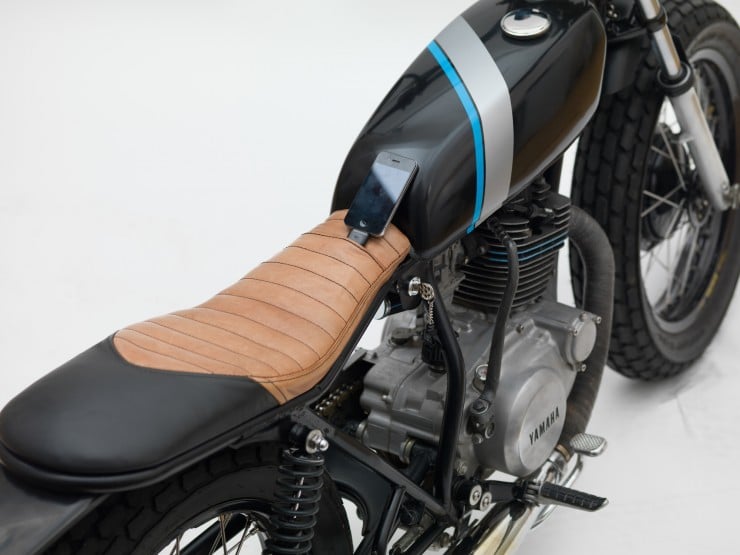 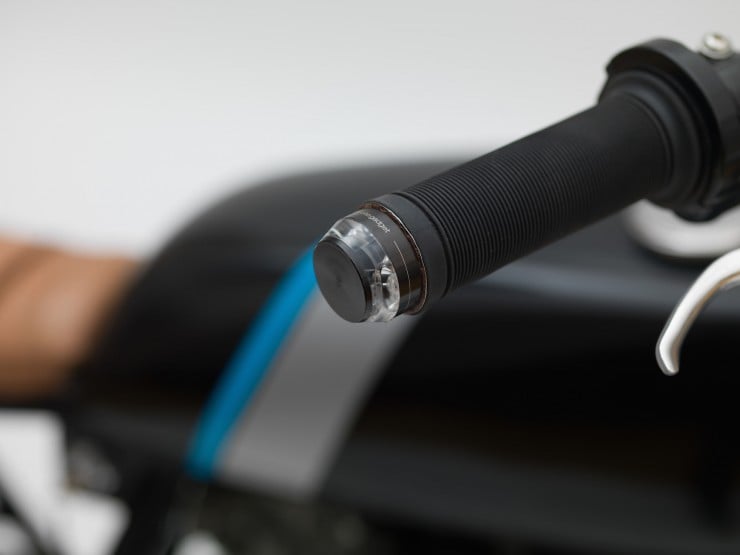 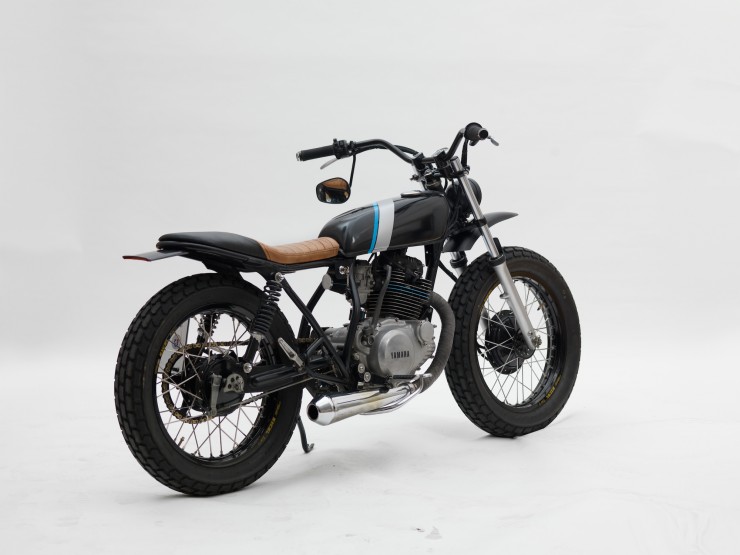 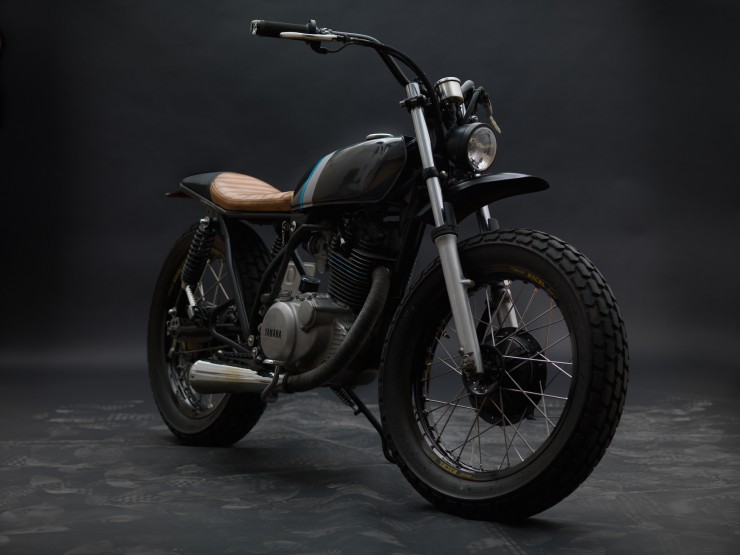 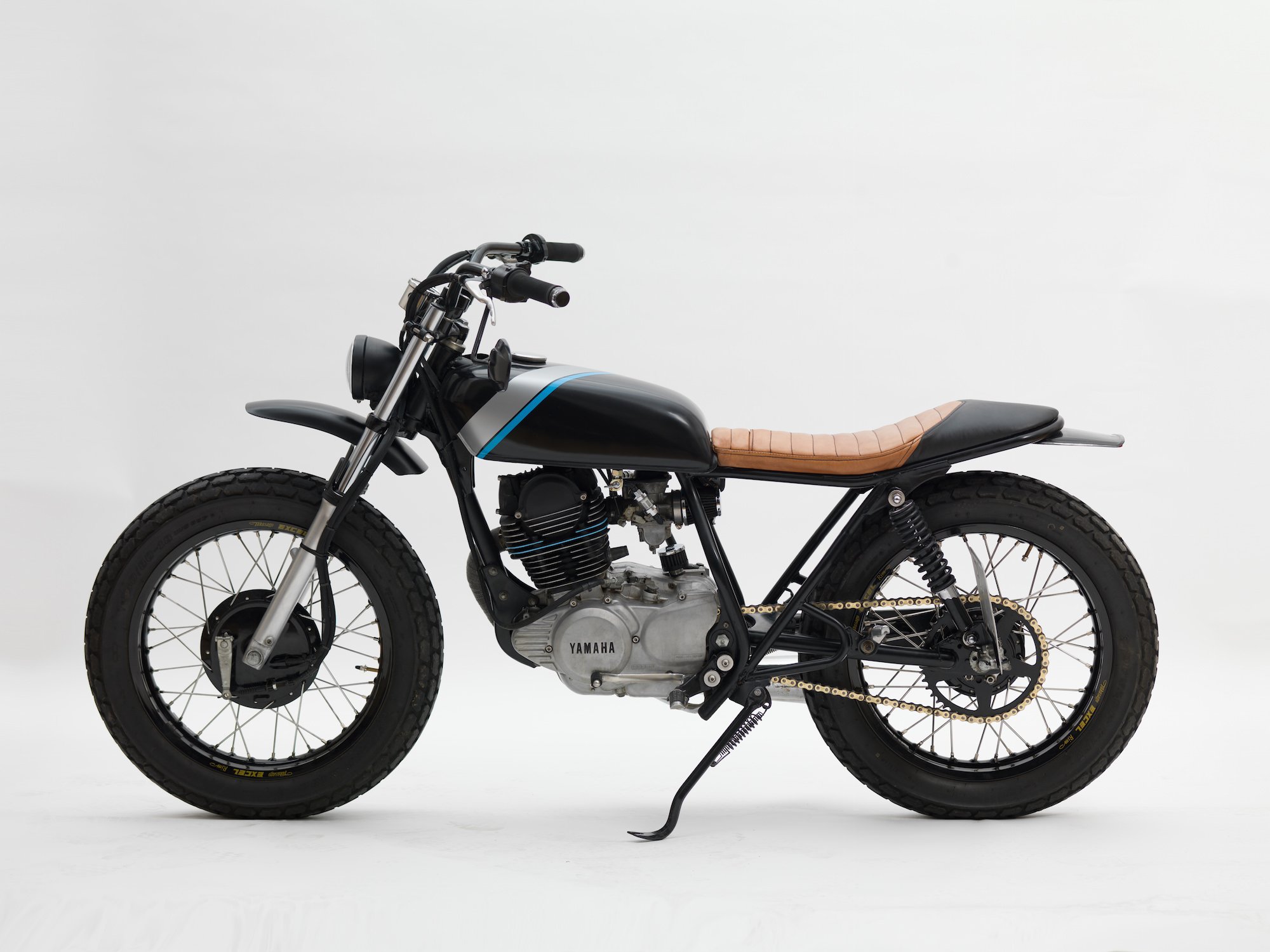