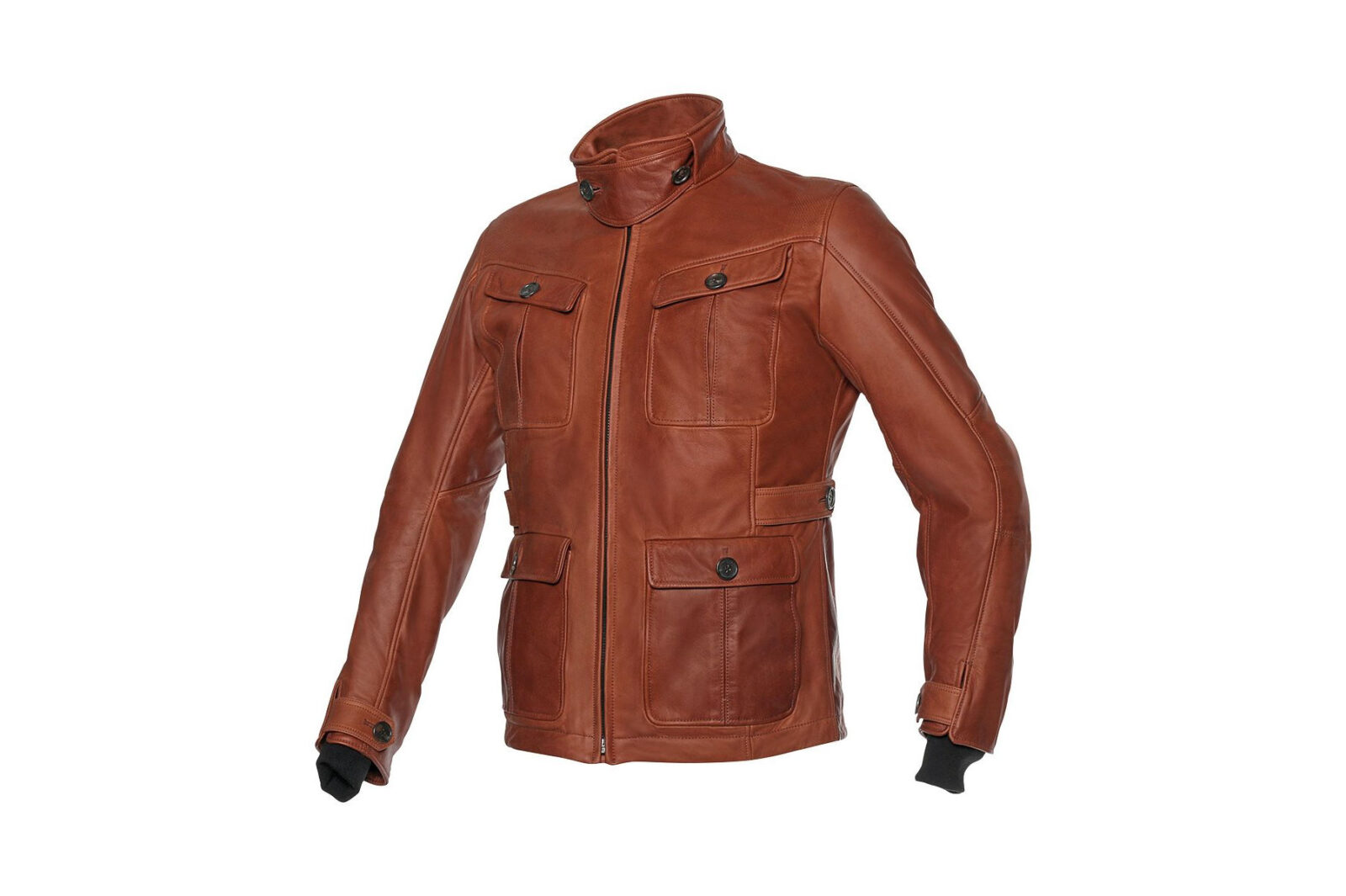 The Dainese Harrison Leather Jacket is a classically styled motorcycle jacket with all the bells and whistles you’d expect from a much more modern-looking design.

The Harrison has soft Pro-Shape protectors in the shoulders and elbows and reflective inserts that illuminate at night when hit with headlights. It also has a pocket for a G1 or G2 type back protector, a double cuff and a waxed, weather-proof leather outer layer. 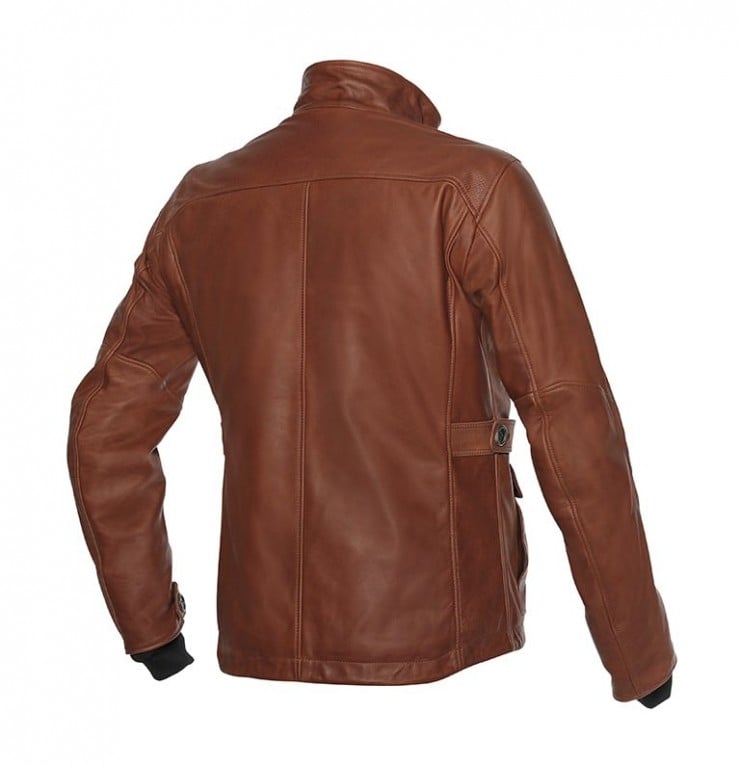