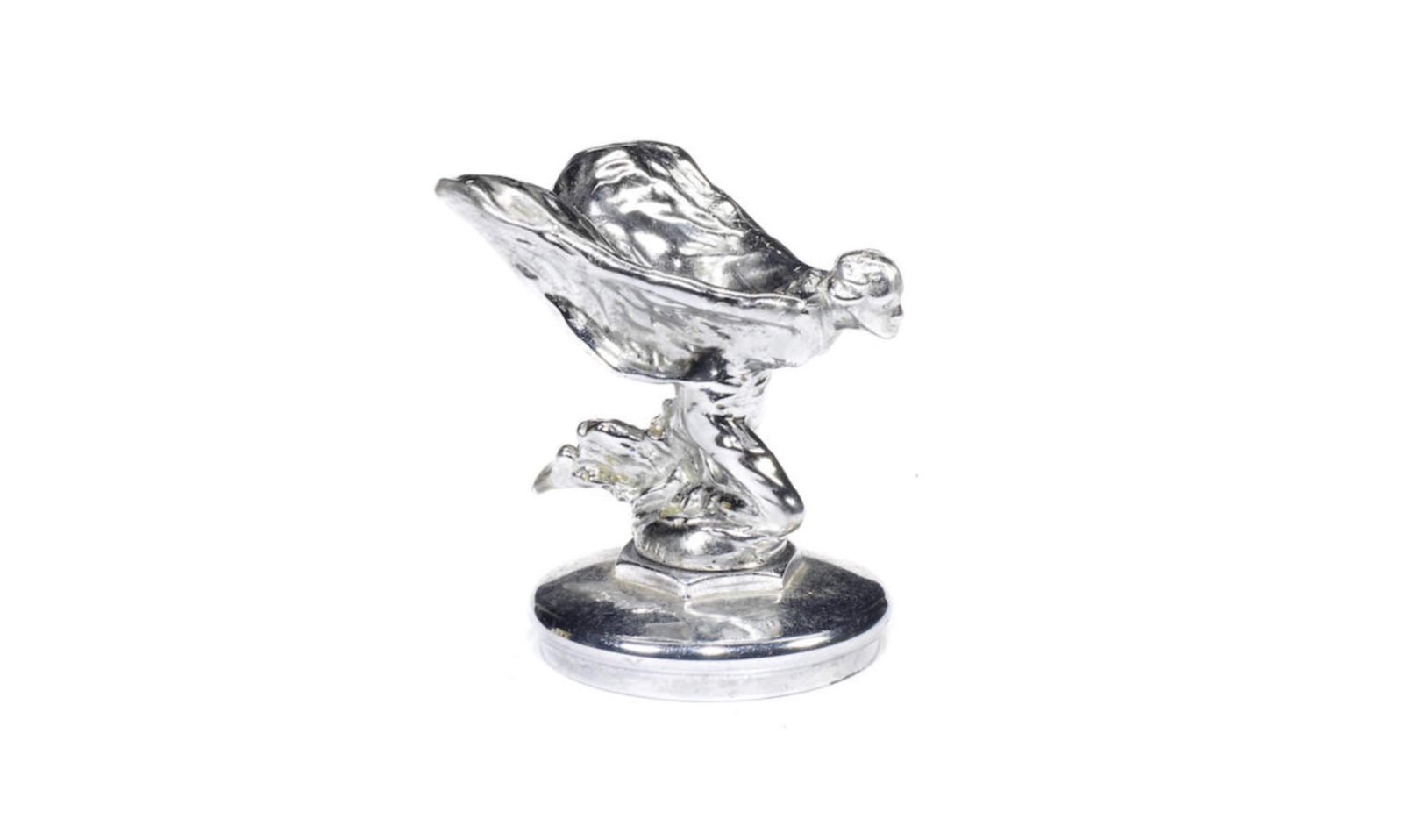 The iconic Spirit of Ecstasy mascot has been fitted to Rolls-Royce motor cars since 1911, prior to this the cars had no mascot fitted and so many owners took to installing their own. This frustrated Claude Johnson, then managing director of Rolls-Royce, who felt that many of these customer fitted mascots were inappropriate and unsuitable for such an elegant automobile.

Johnson turned to talented artist and friend Charles Sykes, a graduate of London’s Royal College of Art. Sykes designed the mascot with influence from Nike – the ancient Greek Winged Goddess of Victory and up until 1951, all of the mascots bore his signature on their base. The mascot you see here is marked “C. Sykes 26.1.34”, it has an estimated value of £500 to £600 and is due to be auctioned by Bonhams at The Goodwood Festival of Speed Sale on the 26th of June 2015.

The Rolls-Royce V12 Meteor tank engine was a direct derivative of the legendary Rolls-Royce Merlin V12 – an engine used in aircraft like the Spitfire and Hurricane fighters, the Lancaster bomber, and in Packard-built form…