Yamaha RD 400 by The Wrenchmonkees

The Yamaha RD 400 is a noisy, polluting, unreliable motorcycle. It’s also wonderful. I know that 2-strokes are frowned upon in the modern age of melting ice caps, vanishing glaciers, super-sized hurricanes and acid rain but if we put all of that aside for a moment, we all know that 2-strokes represent a high water mark on the amount of fun it’s possible to have on two wheels.

This RD 400 is a custom by the talented Danes at Wrenchmonkees, they have a knack for turning out urban-cafe-street-figher creations that look as though they should be used in a post-apocalypic Tarantino film. This bike is no different, they rebuilt the engine but kept the standard frame and stock swingarm, they lowered the stock front fork by 2 inches and added black fork-gaiters.

Performance oriented Bitubo rear springs were added, as was a DG exhaust system, they added steel braided brake hoses and a Brembo rear brake-master. That seat and rear cowling is all custom made and the head light is a Wrenchmonkees special.

The completed bike has the look of a small displacement bike that could very well embarrass some much larger, much more modern sport bikes. And we like it. 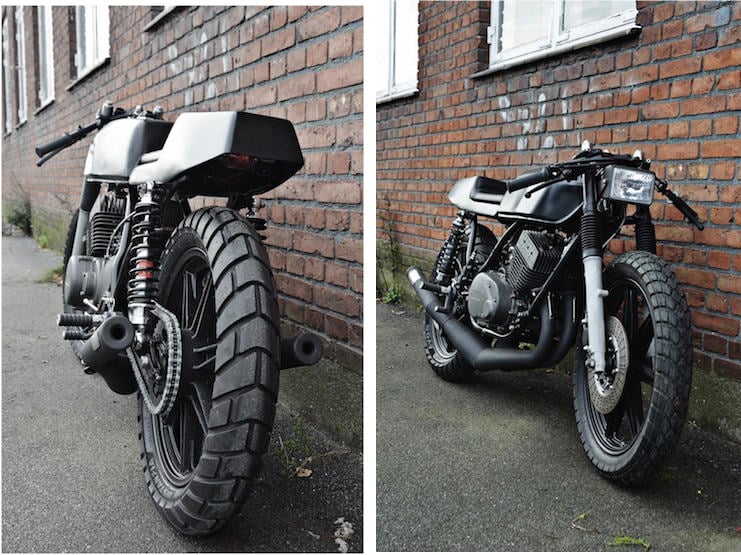 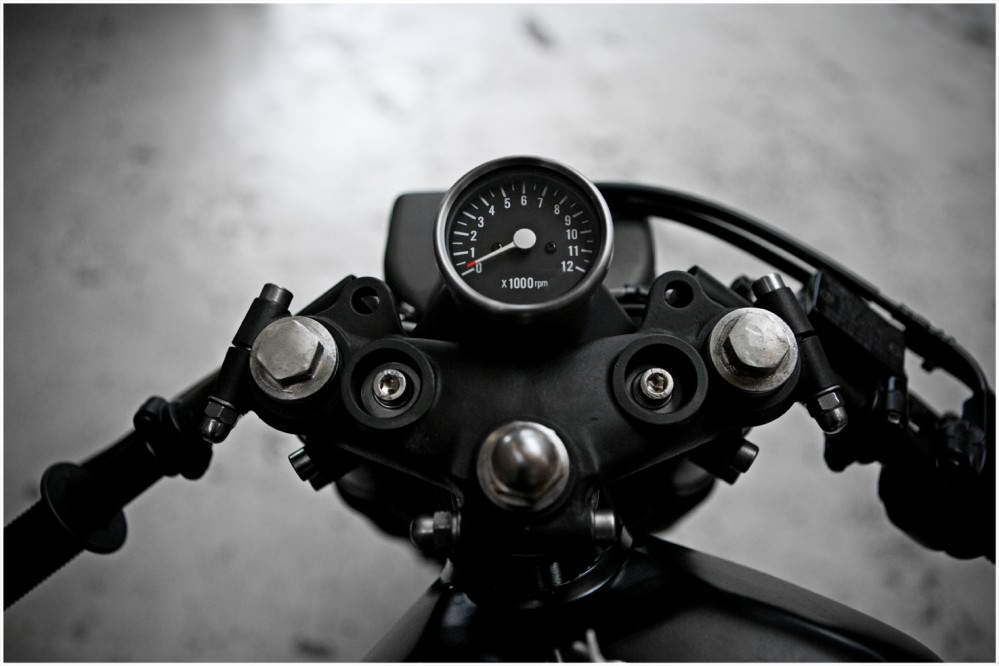 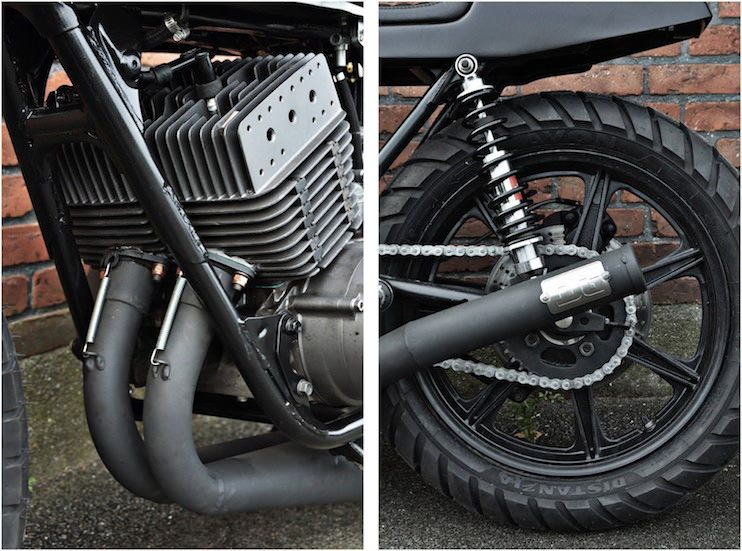 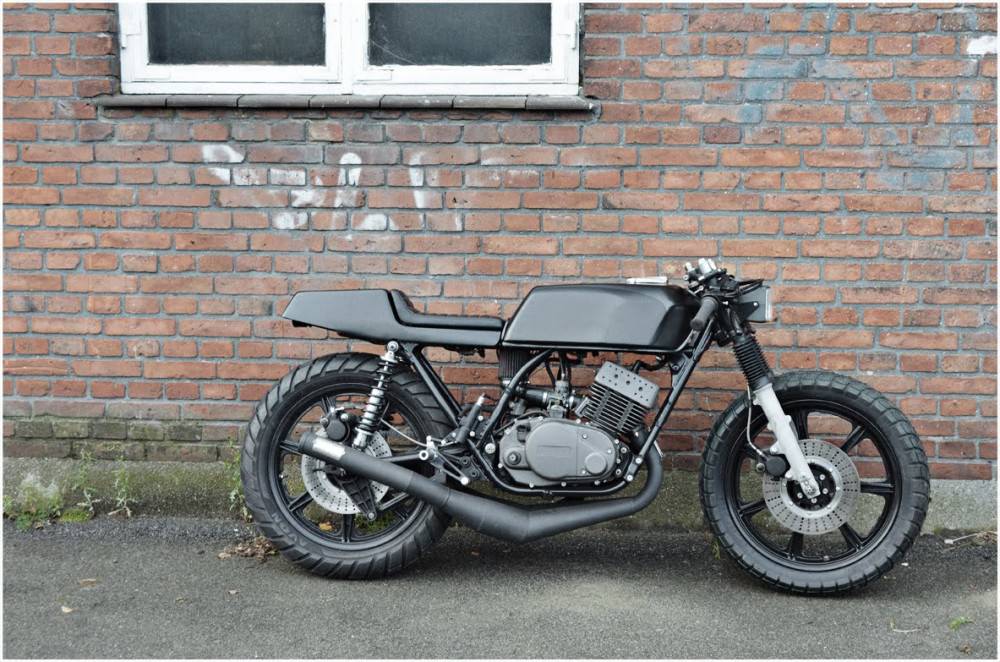