Club Black #02 by The Wrenchmonkees 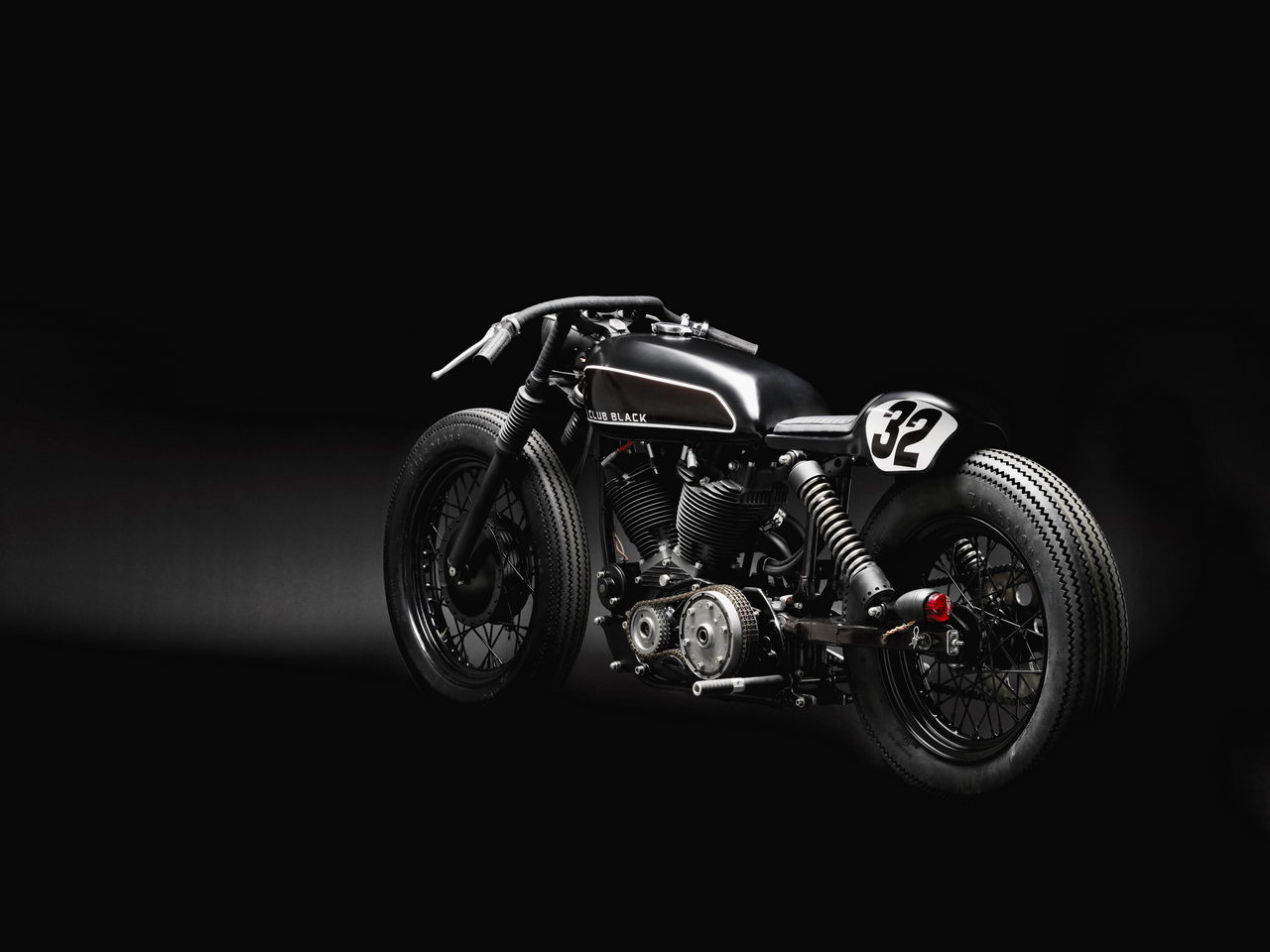 The 3 Club Black series motorcycles were created by the Copenhagen based garage The Wrenchmonkees in mid 2010 for a nightclub in Denmark.

The bikes lit the motosphere up like a Christmas tree at the time with armchair mechanics around the world declaring either love or hate for the bikes in equal measure, one thing that can’t be denied is that in the time since their original explosion across the internet, the bikes have been a significant influence to custom motorcycle builders around the globe.

With this in mind I decided it was time to feature Club Black #02, and bring it to a whole new crowd who perhaps weren’t plugged into the online custom café racer scene back in 2010. 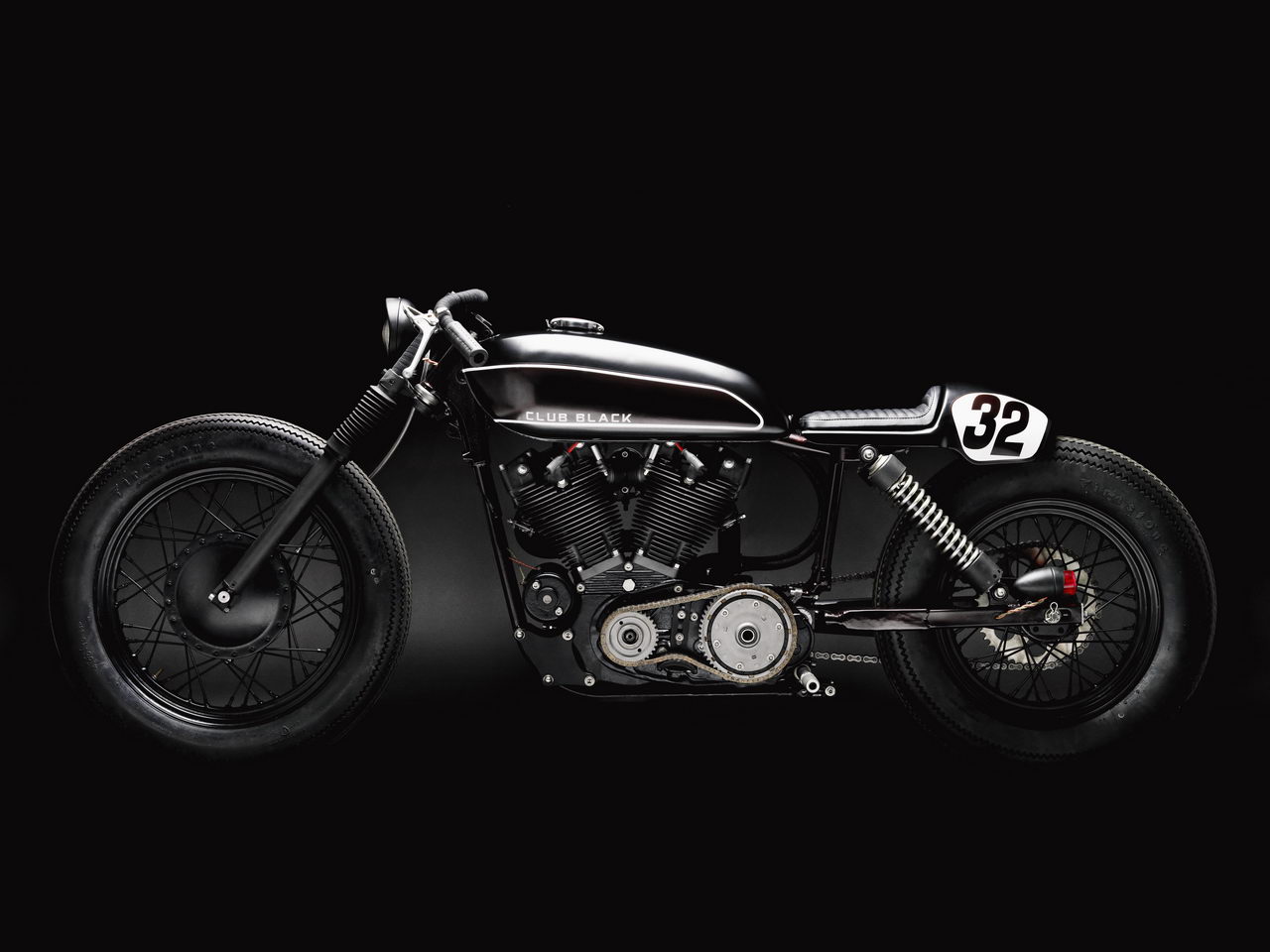 Based on a Harley-Davidson Sportster the #02 looks almost nothing at all like it’s donor bike, the frame, tank, seat and cowling are all custom made. The board-tracker handlebars are a great touch from an aesthetic perspective, the discrete headlight, chunky firestones and gatored front forks all contribute to a design that is exceptionally well put together.

Due to the fact that the bike was designed to live as a display model it doesn’t have oil, fuel or a battery and as such, it doesn’t run. I have a feeling that it would only take a weekend or so to get it rumbling so here’s hoping that the owners of Club Black decide to bring the bike to life one day. 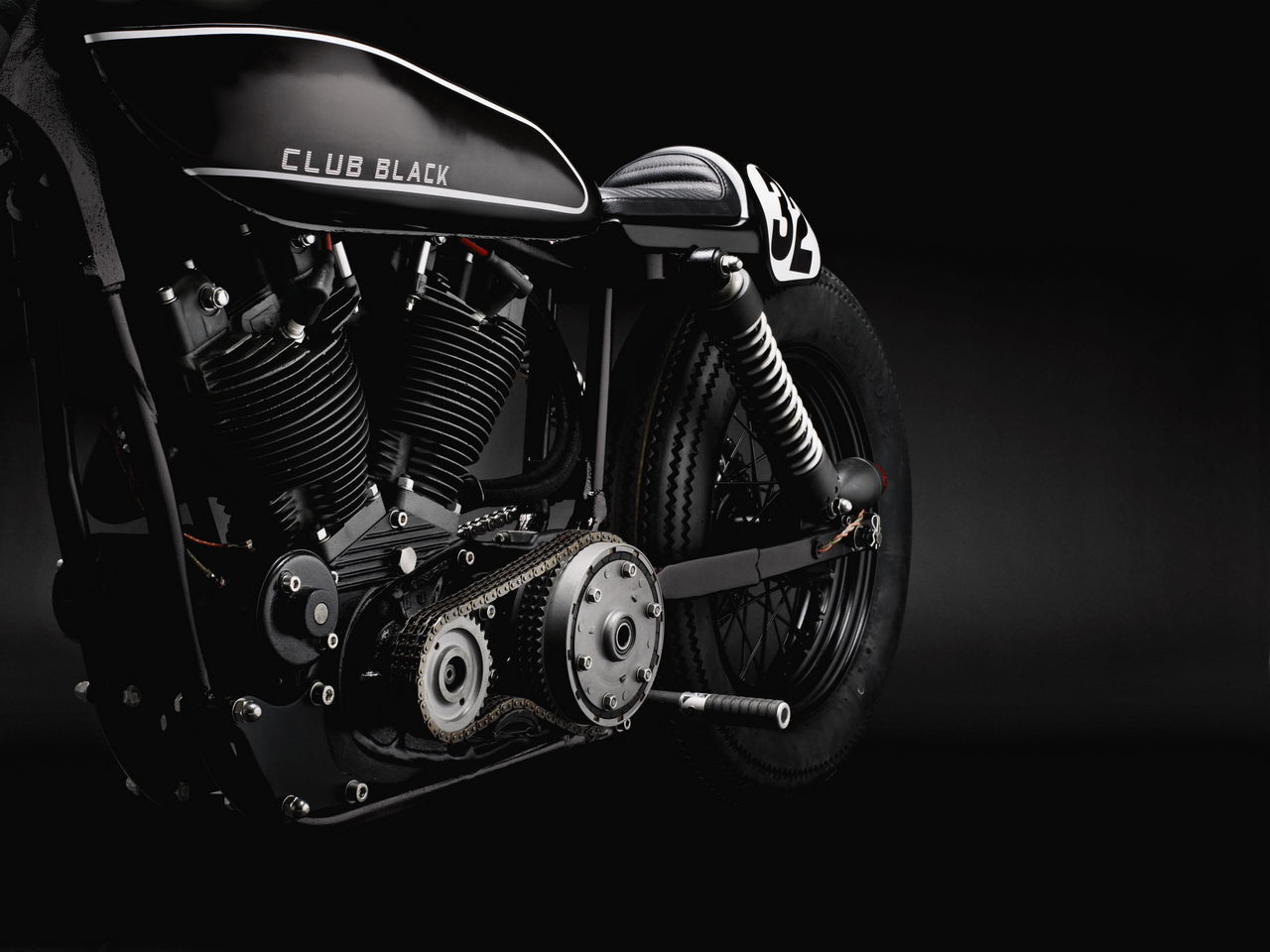 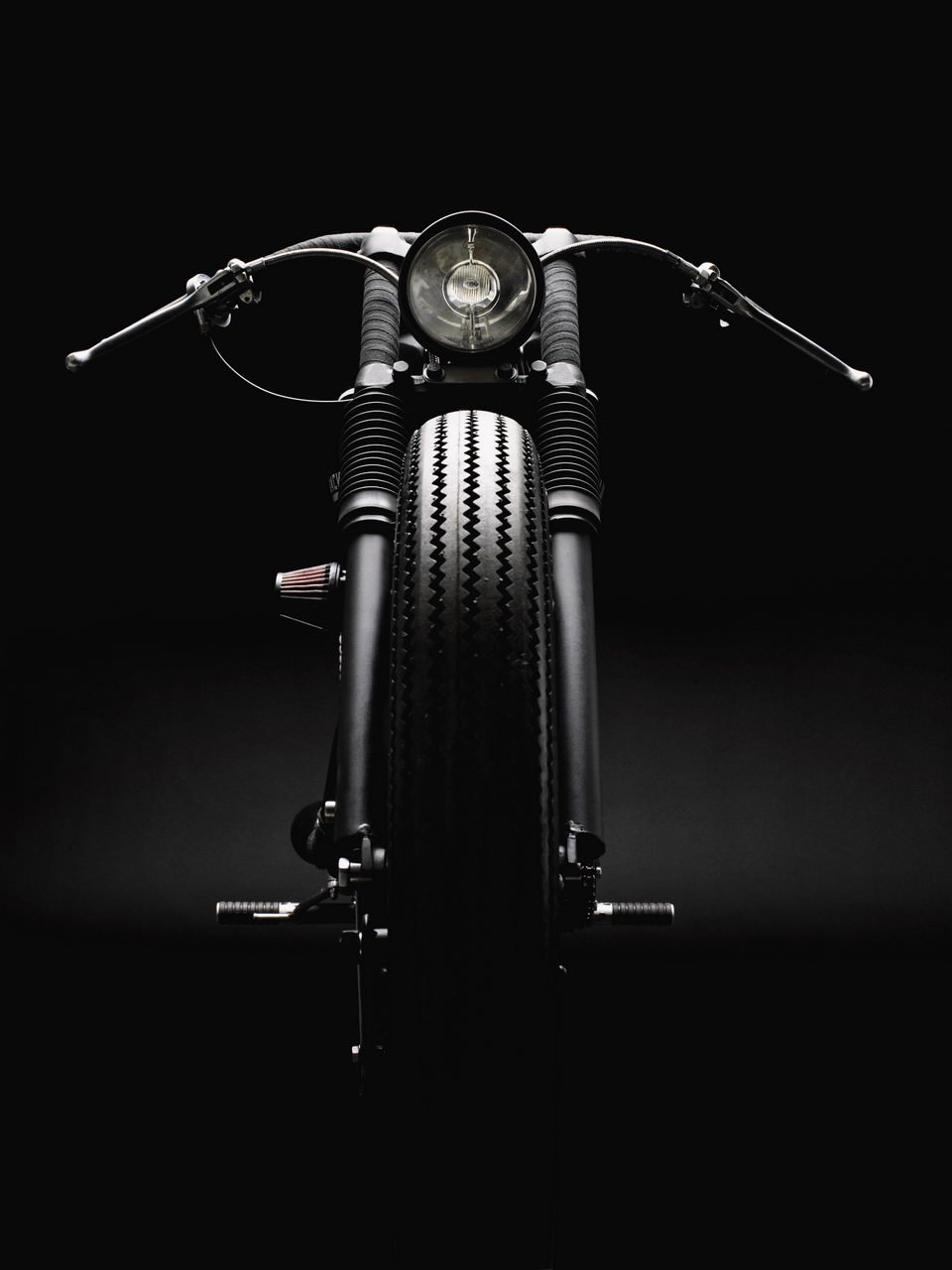 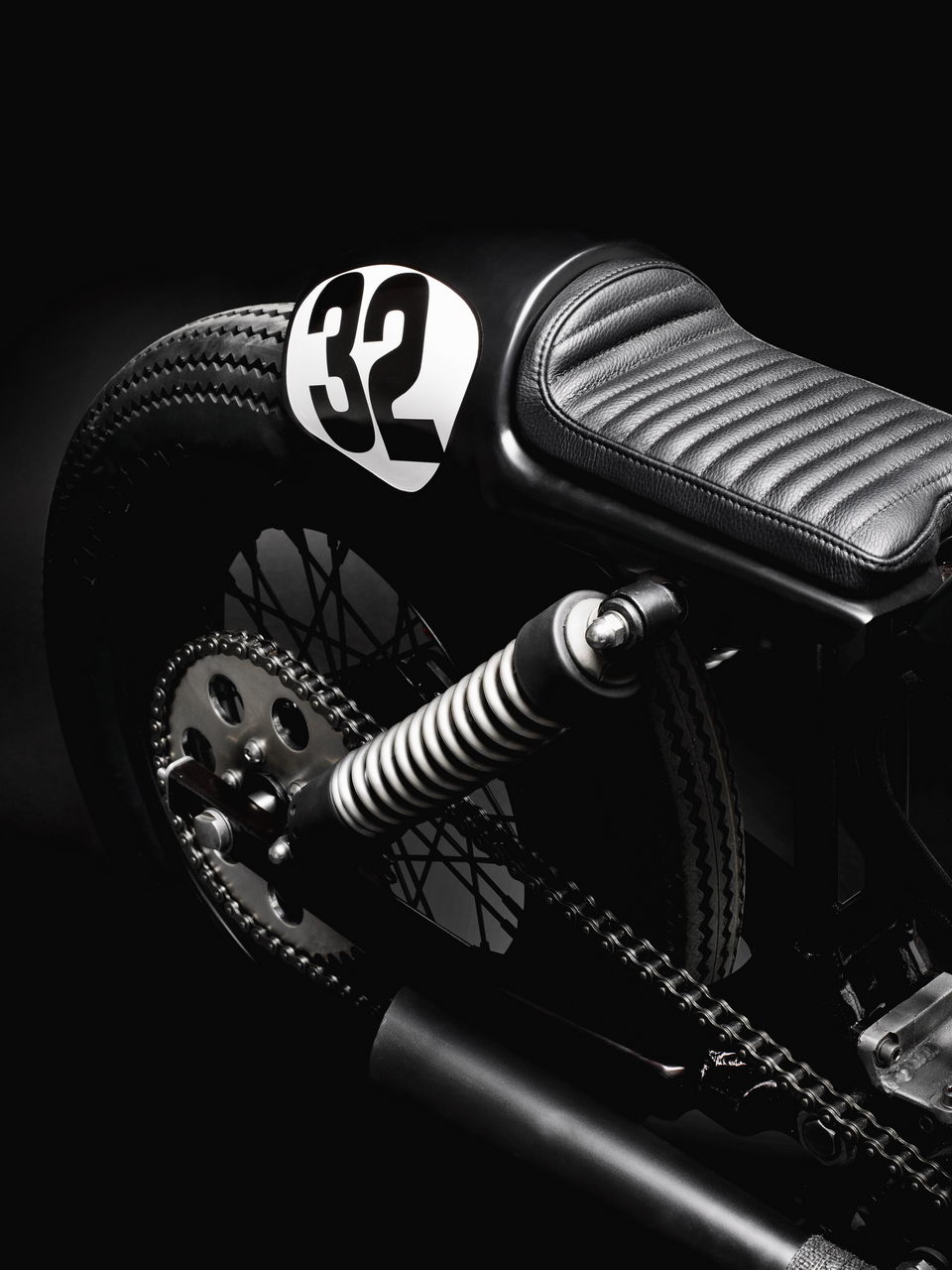 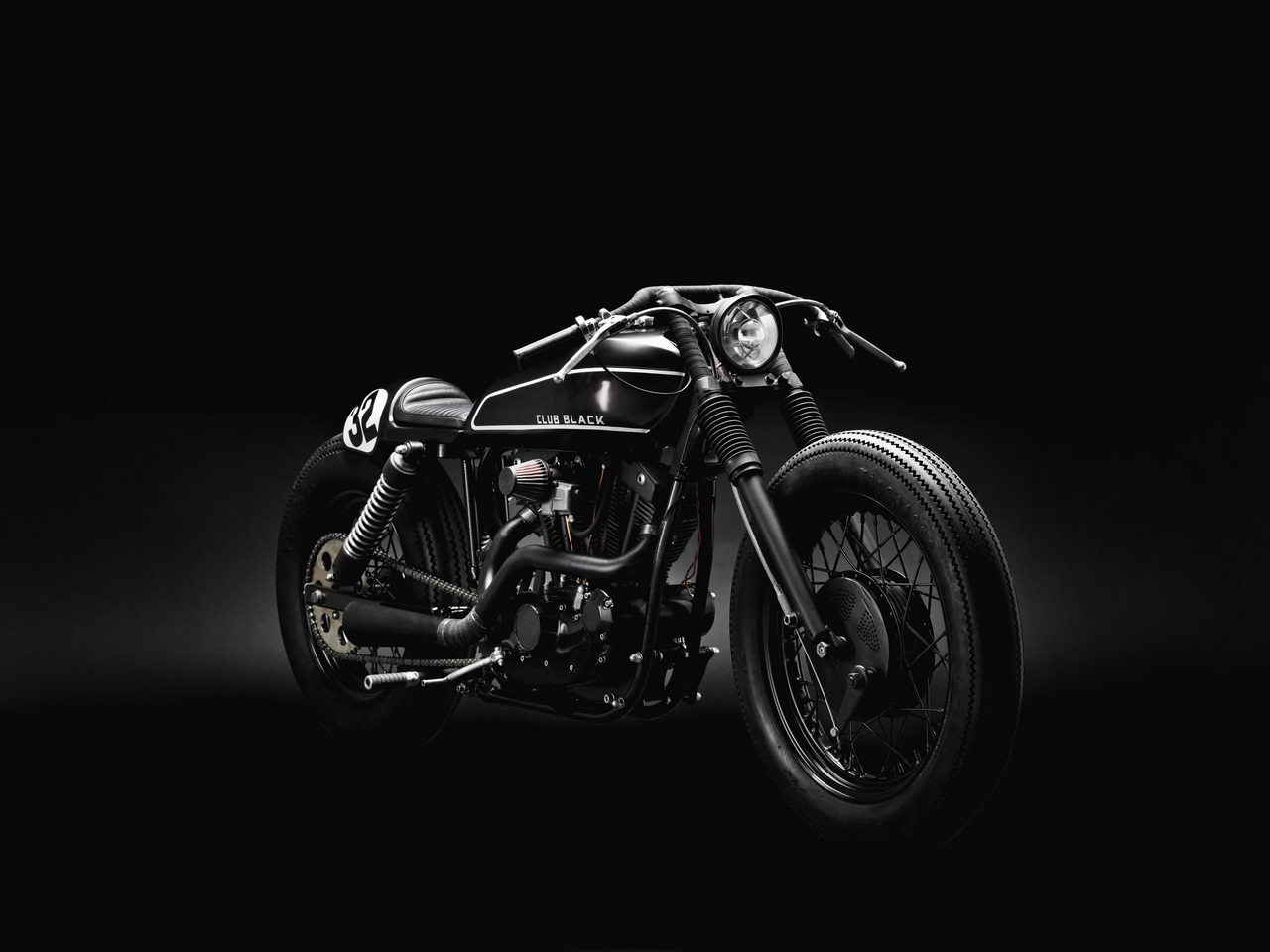 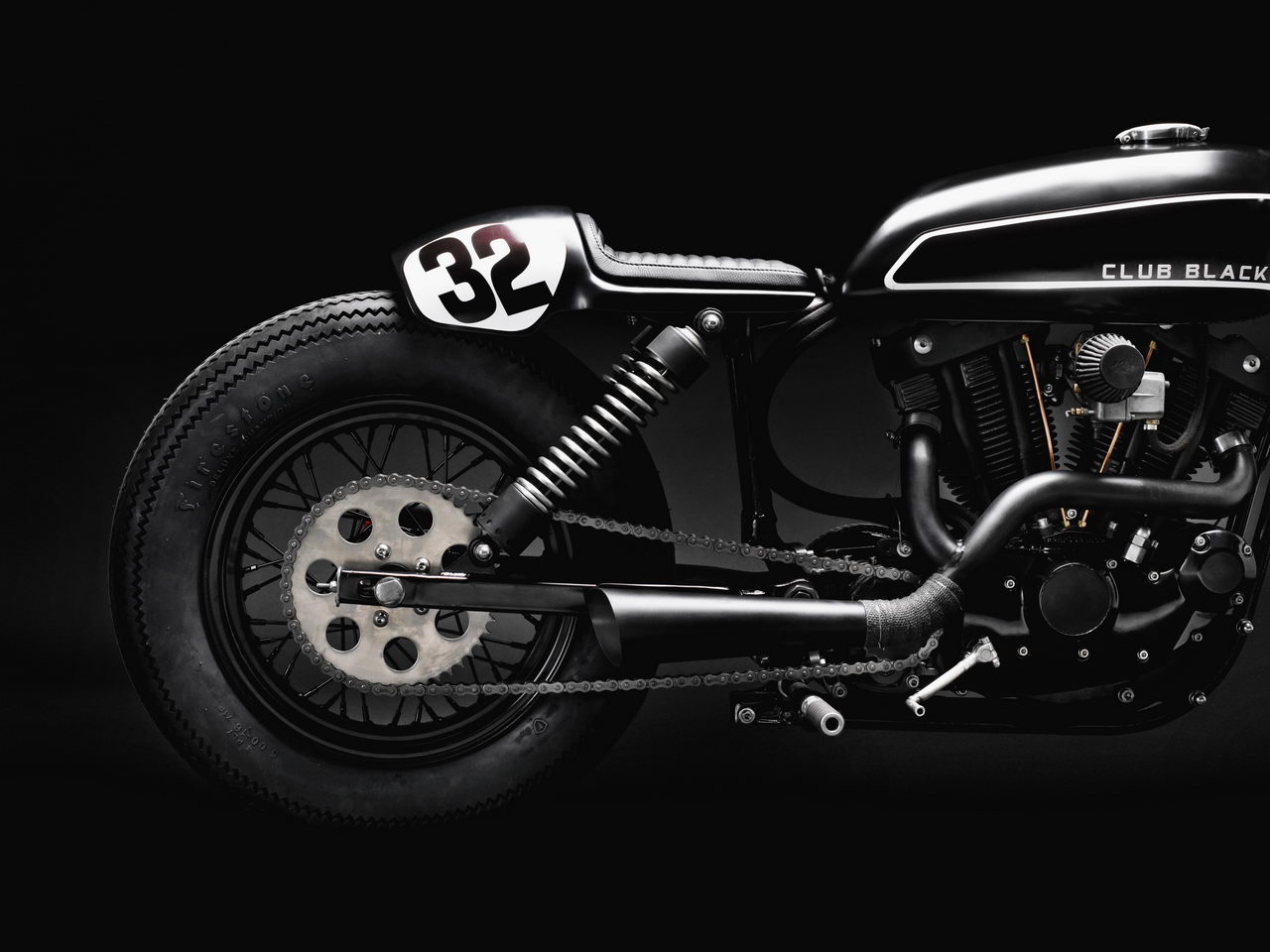