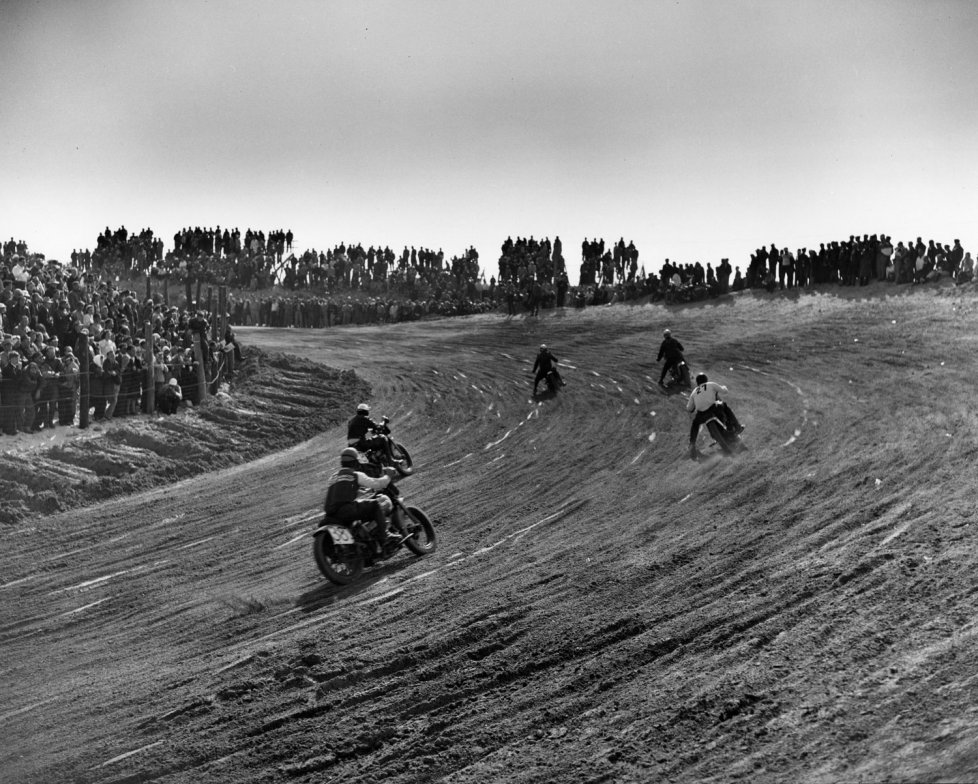 It seems a damn shame to us that the beach races at Daytona beach no longer take place. I can hardly imagine how much fun it must have been, the corner pictured here would be a blast to ride and should you happen to fall off, you’d have some nice soft beach sand to land on.

It’s enough to tempt us to roll down to Florida and have an impromptu race up and down Daytona Beach till the cops arrive to spoil the fun.

The I-500 snowmobile race was an endurance event held annually between Winnipeg, Manitoba in Canada, and Saint Paul, Minnesota in the United States. The 500 mile long course was legendary for its brutality and the…