Yamaha DT250 by The Gravel Crew 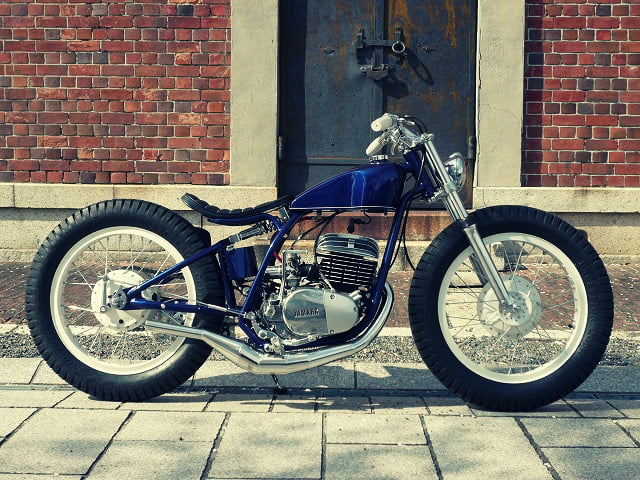 The Gravel Crew always turn out refreshingly unique customs and this bike is a great example of their work, it started life as a 1977 Yamaha DT250 dirt bike before being totally stripped down and rebuilt into the rather nicely detailed custom you see before you.

The hand built under seat rear suspension is a great touch, giving the bike the lines of a hard tail without the bumpy ride, the deep metallic blue frame and tank are stunning as are the off-white wheels and hubs. The choice of a 250cc 2-stroke dirt bike engine means this bike would belt along at at a fair pace leaving a faint blue cloud in its wake, and by the look of that exhaust, quite a few high pitched decibels. 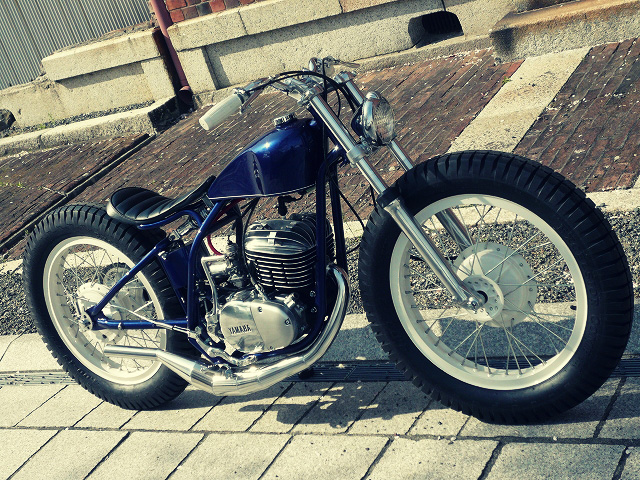 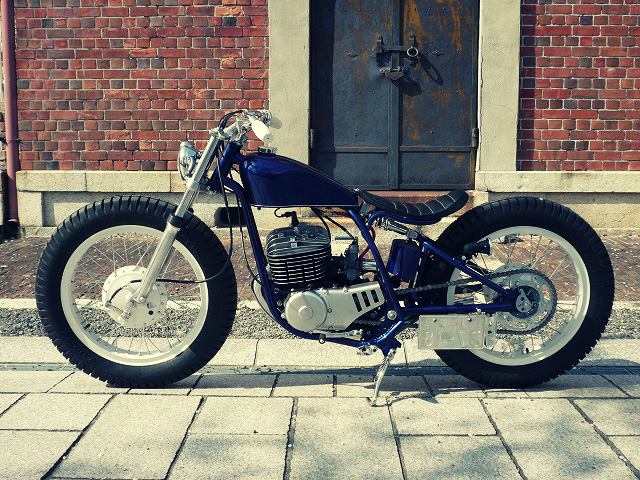 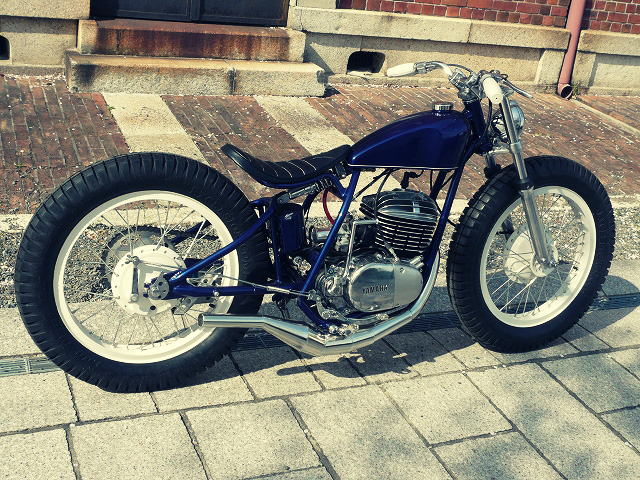 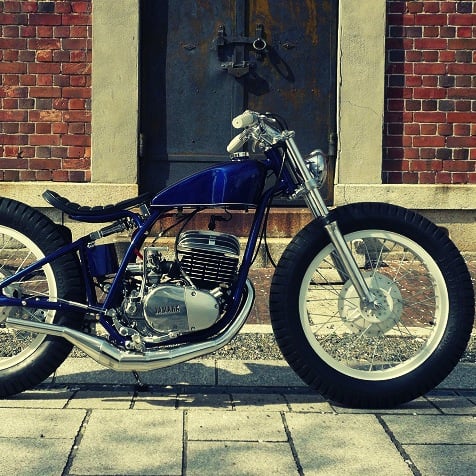