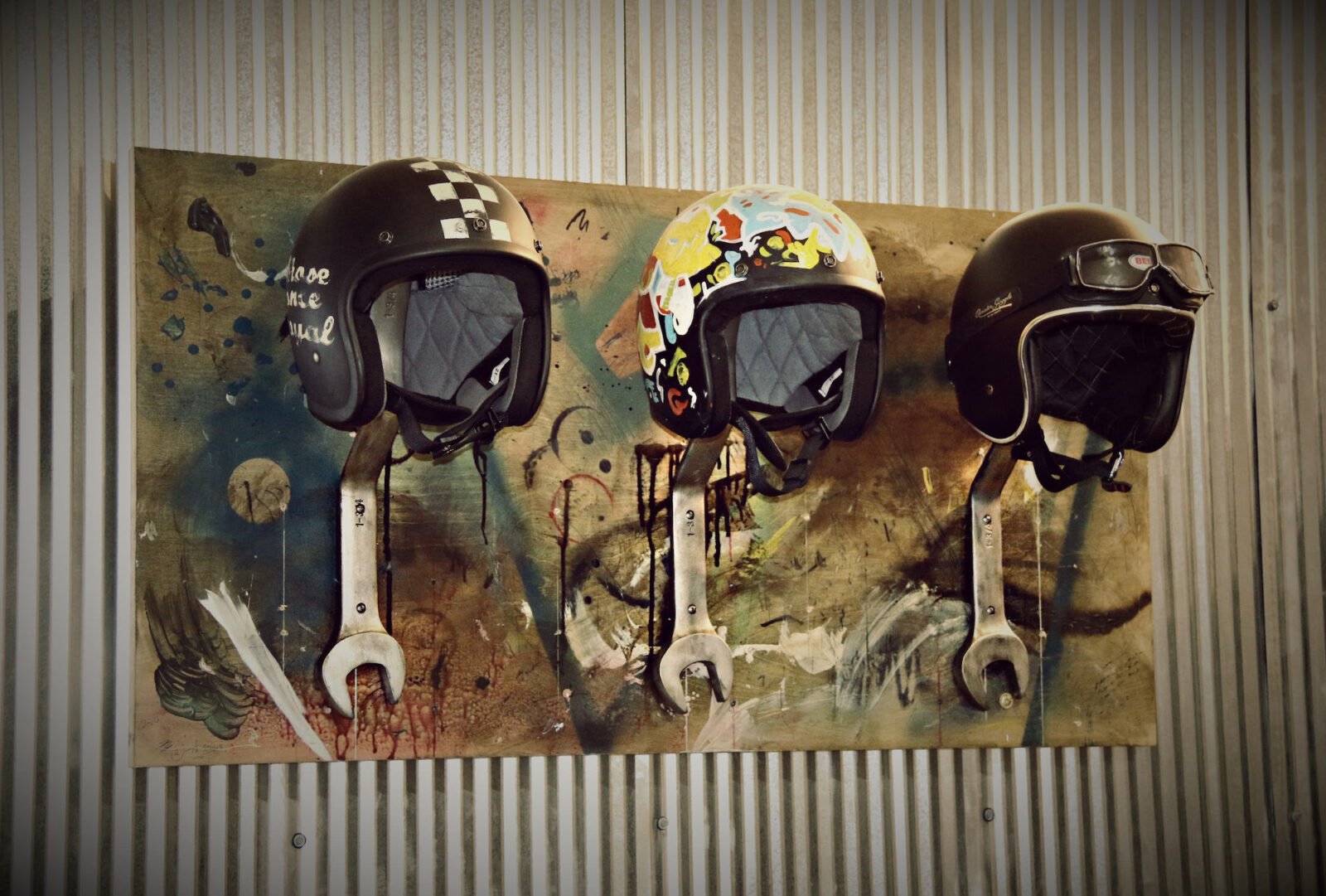 This helmet rack is the work of Those Once Loyal, a custom motorcycle garage run by a friendly guy called Lex. It’s based in Prescott, Wisconsin, and this wrench helmet rack is one of their first forays into designing products other than motorcycles.

Each wrench is forged and bent to its new shape, they measure 22 inches long and the closed end sits 8.5 to 9 inches out from the wall – allowing it to fit any helmet regardless of size. Lex makes each one by hand to order, so you’ll need to allow 7-10 days for it to mail out of Prescott. 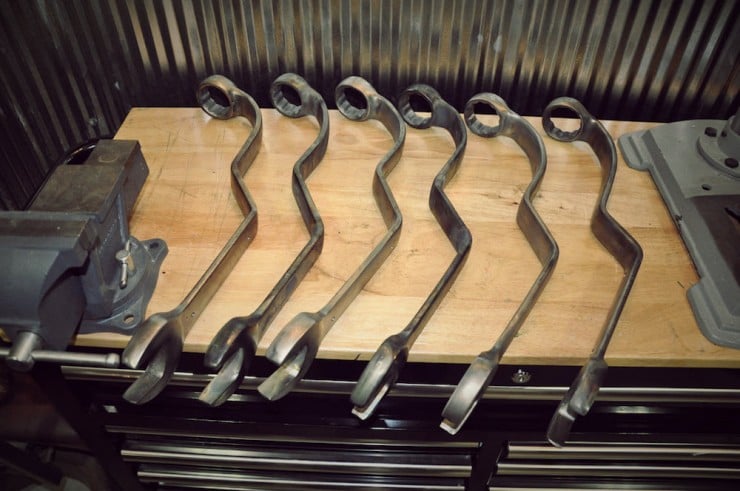 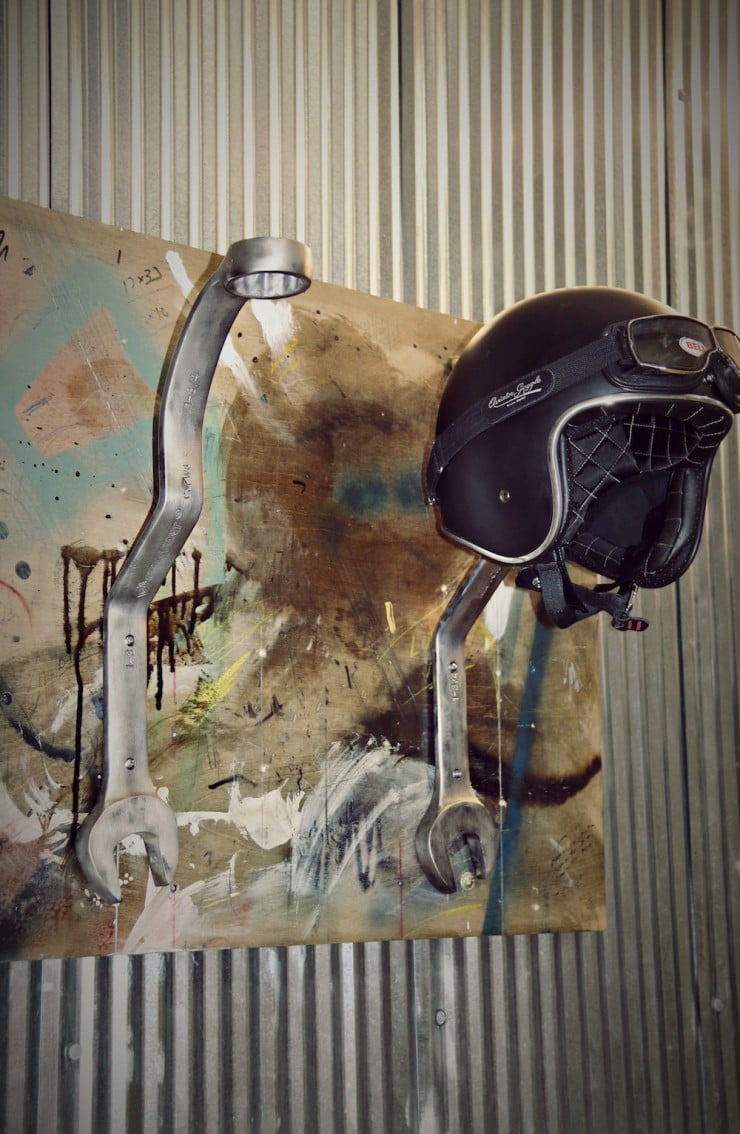 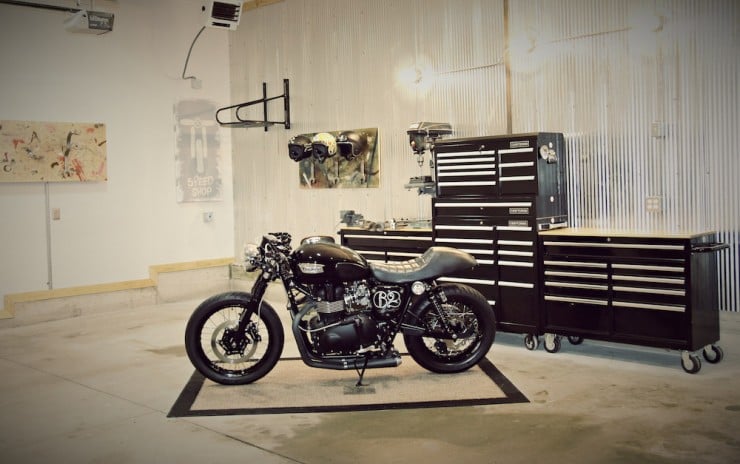