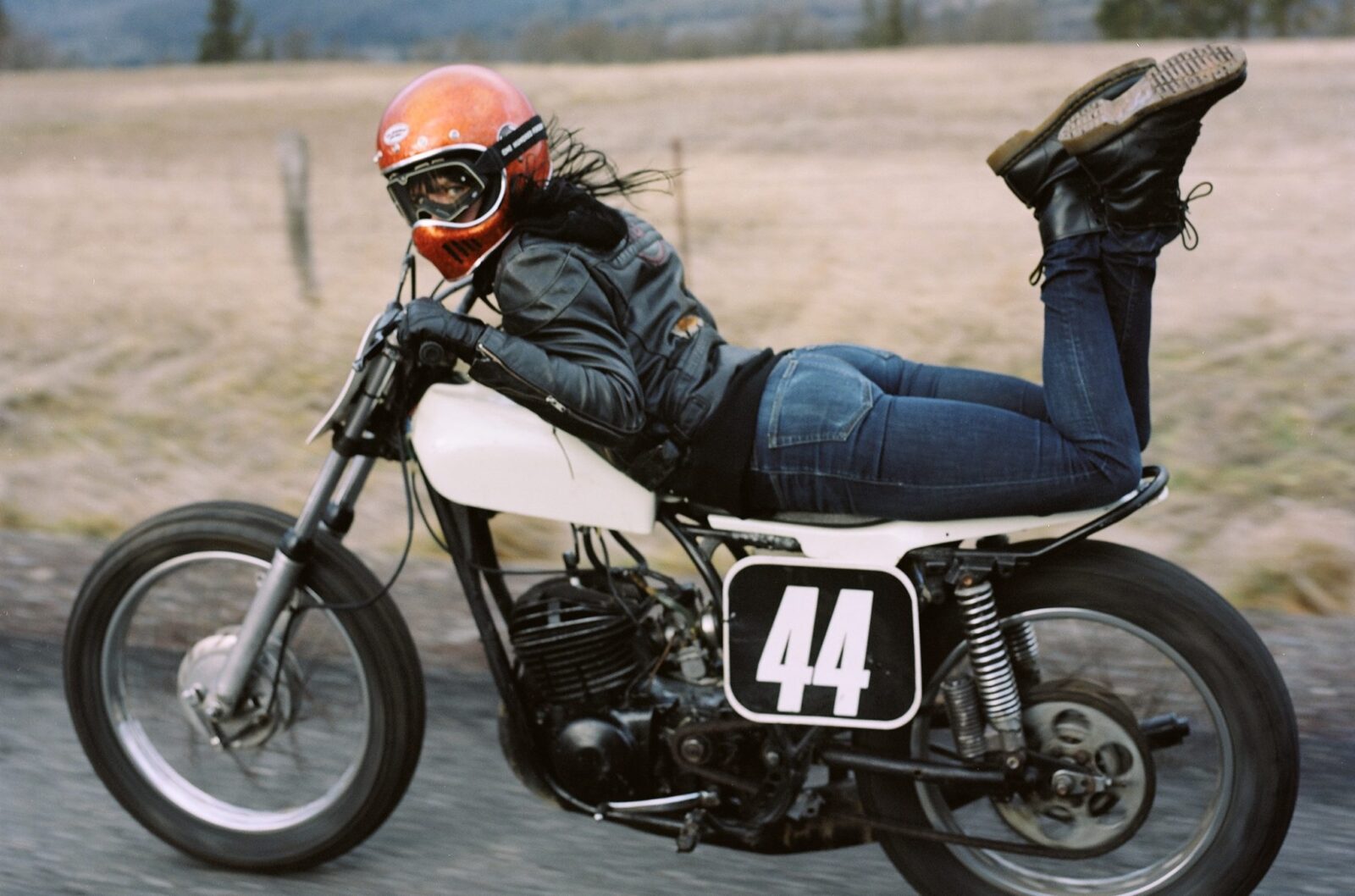 Jenny + Heidi is a series of photographs by Lanakila MacNaughton – the talent behind The Women’s Moto Exhibit.

One of the standout features of Lanakila’s work is the lack of sexualisation of her subjects, she photographs women riding their own motorcycles as they usually dress and doesn’t tart them up in slinky outfits in order to appeal to a male audience.

Jenny and Heidi are both avid motorcyclists – Heidi rides the 1200cc Harley Sportster and recently took up flat track racing on her second bike – a recently acquired Yamaha 250.

Jenny is the one riding the Yamaha DT175 – she lives in Portland, Oregon and makes her living designing and hand-making jewellery.

If you’d like to see more of Lanakila’s work you can click here to visit The Women’s Moto Exhibit. 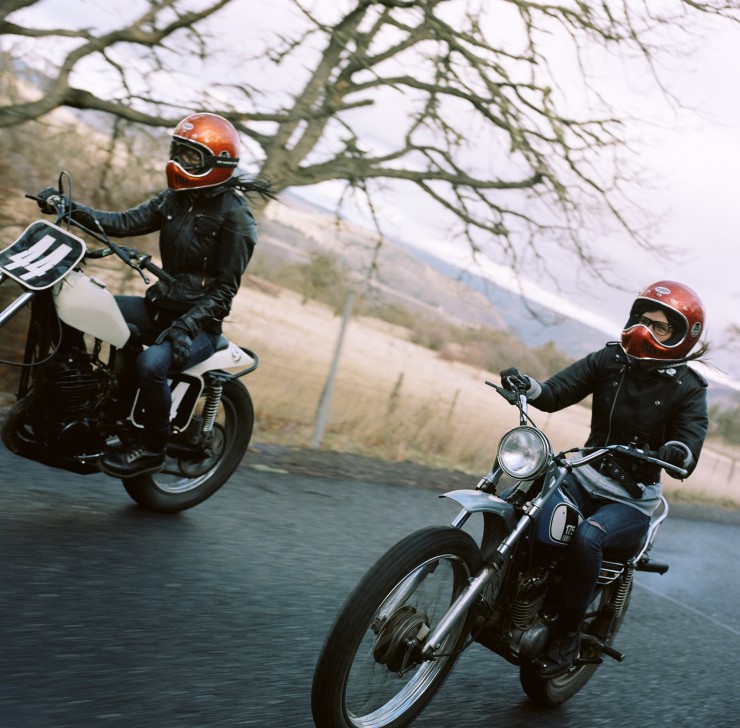 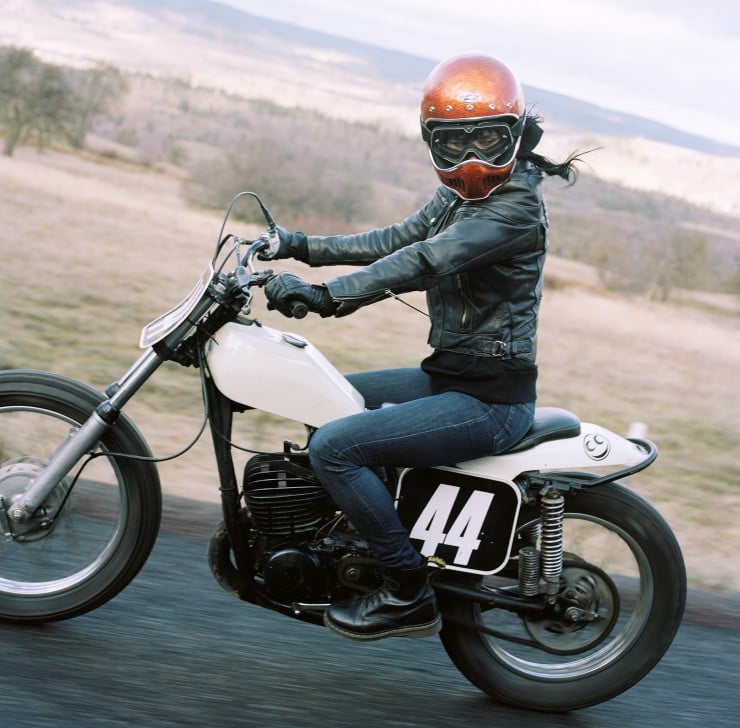 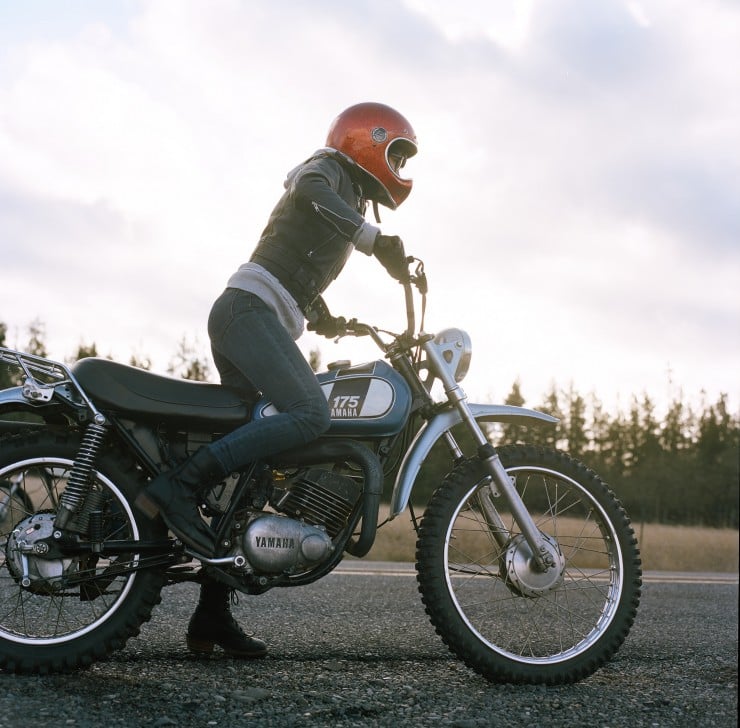 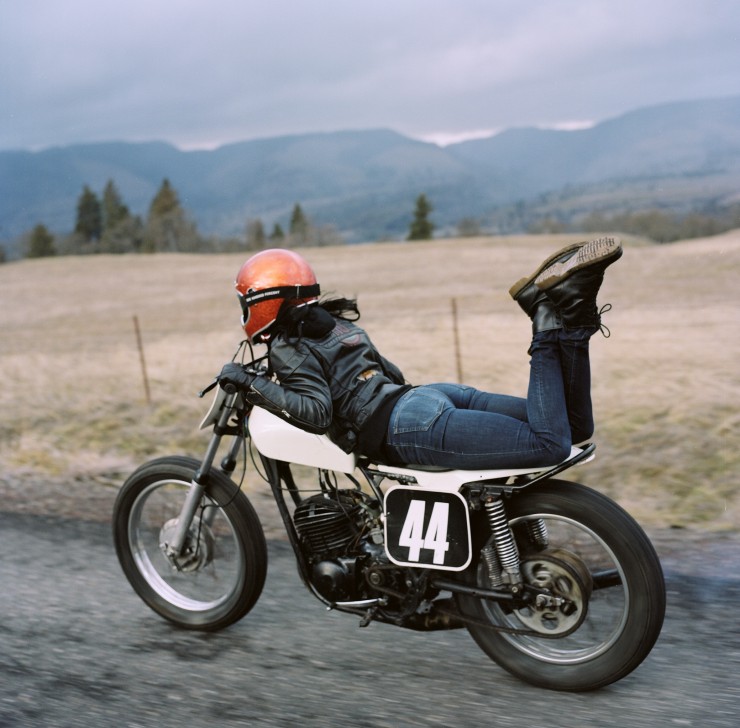 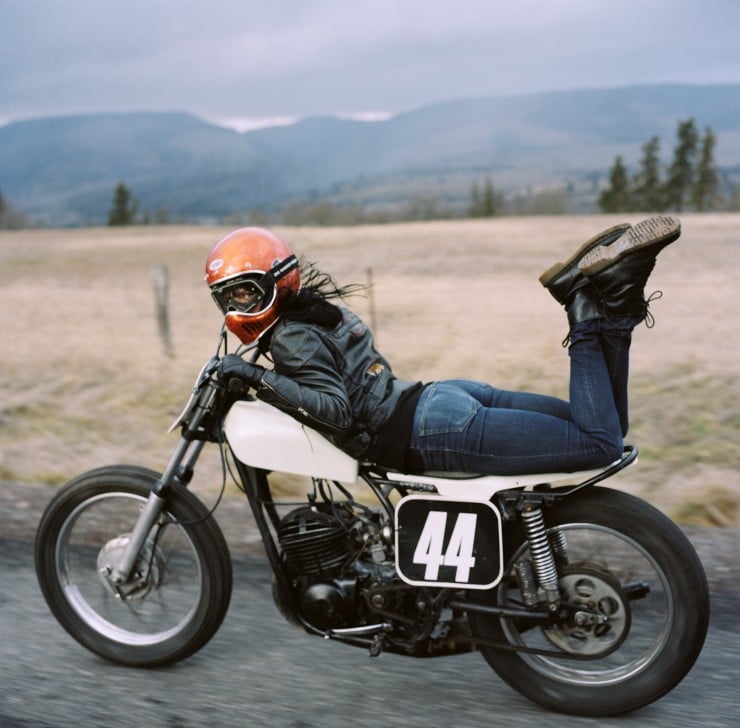 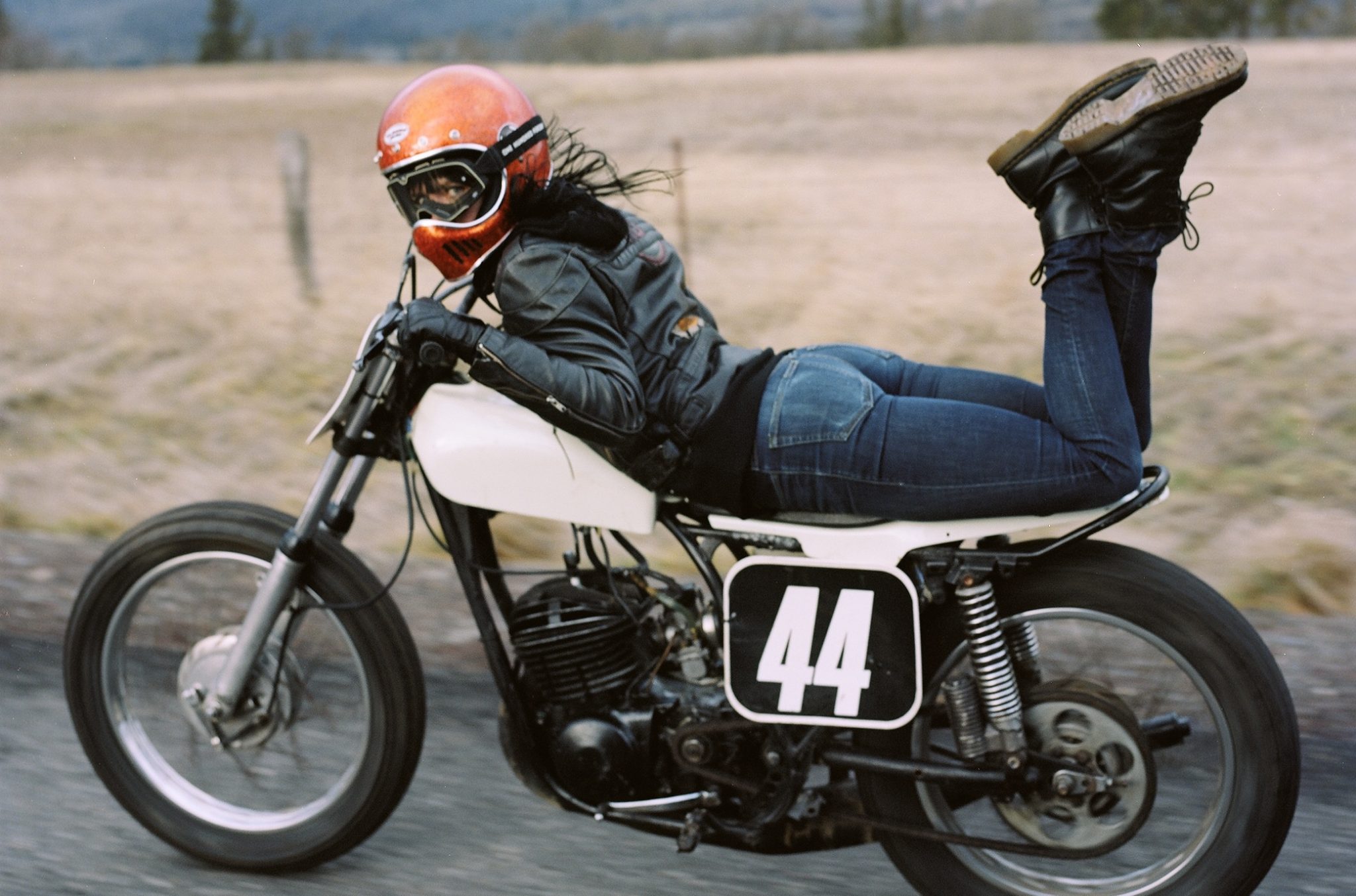