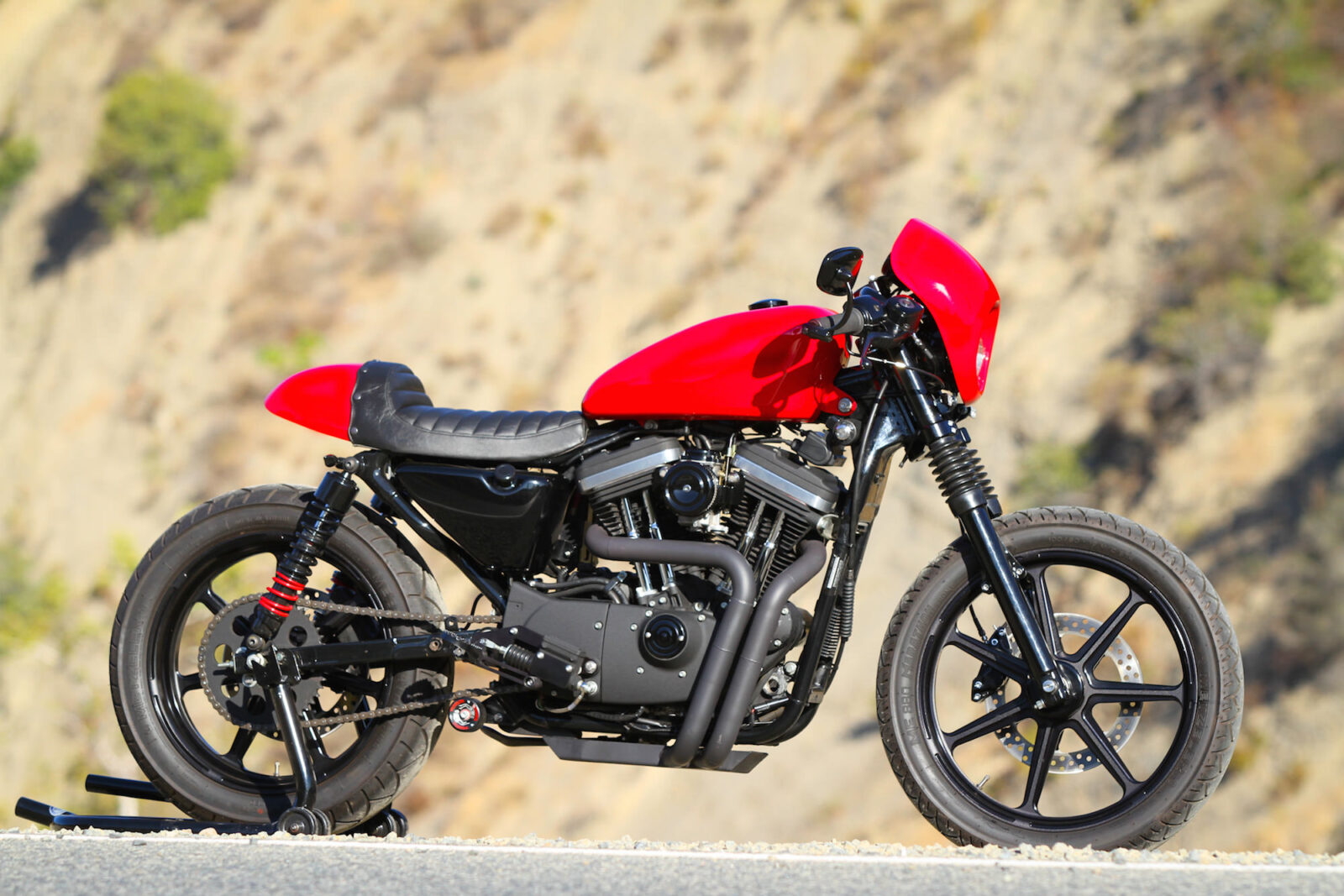 The Sportster is the longest running model line in Harley-Davidson’s long and storied history – it’s also the closest representation of the bikes that Harley was making before it slowly turned its attention to long distance highway tourers. You’ll meet many fans of the marque from Milwakee who have no time for the Sportster, viewing it as a “starter” or “ladies” motorcycle but I take significant umbrage at both of those suggestions.

Anyone who’d recommend an 883cc, 573lb motorcycle as a starter bike is a drunk halfwit and the suggestion that women require a motorcycle that is somehow inferior to what men ride requires a primitive mindset that expired over a century ago.

The Sportster is a phenomenal motorcycle, if for no reason other than its extraordinary flexibility. I’ve seen them turned into cafe racers, bobbers, raked-out choppers, drag bikes, flat trackers, scramblers, trikes, hill-climbers and even fully-faired track bikes. There aren’t many motorcycles that are this malleable and I think the Sportster deserves a hat tip at the very least.

The detractors will tell you that the Japanese make eerily similar looking V-twins that are more powerful, more reliable, cheaper and less noisy – but these people miss the point. The Japanese bikes are finished when you buy them whereas the Harley is sold as a blank canvas. No one buys a Sportster and leaves it stock, it’s designed as a two-wheeled Meccano set for tinkerers – which is why they’ve been turned into every genre of motorcycle you’ve ever heard of.

Now that I’ve had my rant I should probably tell you a little about the Sportster-based cafe racer you’re looking at here.

It’s owned by David Zemla of the highly respected Burly Brand – a company that makes a wide array of motorcycle parts, many of which David fitted to his own bike. It’s based on a 2003 Sportster 883 – although as you might have guessed, it didn’t stay stock for long.

In order to give the bike a more forward-leaning stance a 2″ Burly drop kit was fitted inside the forks, a Burly cafe racer tail section then replaced the stock seat and a small headlight cowl was added up front.

The stock handlebars were replaced with clubman bars, which were coupled with Biltwell grips, a Speed Merchant triple tree and a Joker Machine handlebar clamp. Drag Specialties provided the levers, Lowbrow Customs contributed the chain conversion kit and the lights are all by Kuryakyn. One of the stand out features on the build are the RSD Morris Wheels used front and back – these suit the Sportster exceedingly well and they’ve been dressed here with sticky Metzeler rubber.

If you’d like to see more from David and the full the Burly catalogue you can click here. 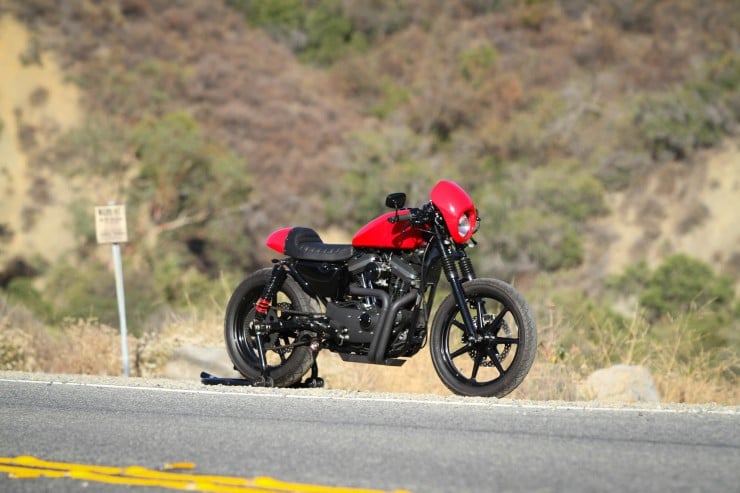 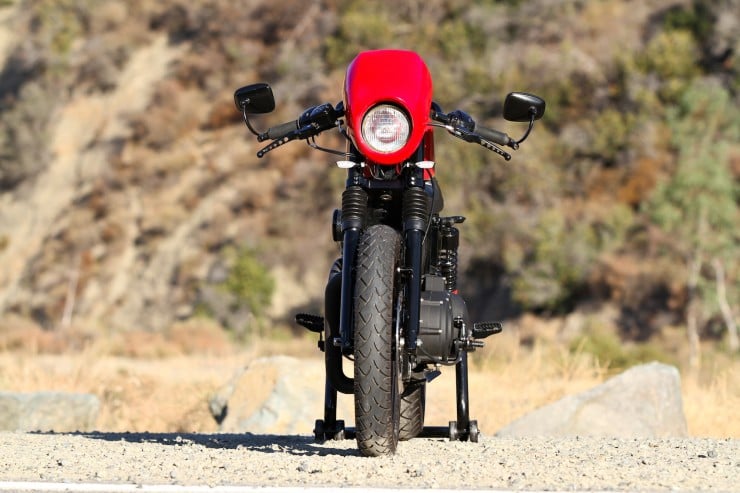 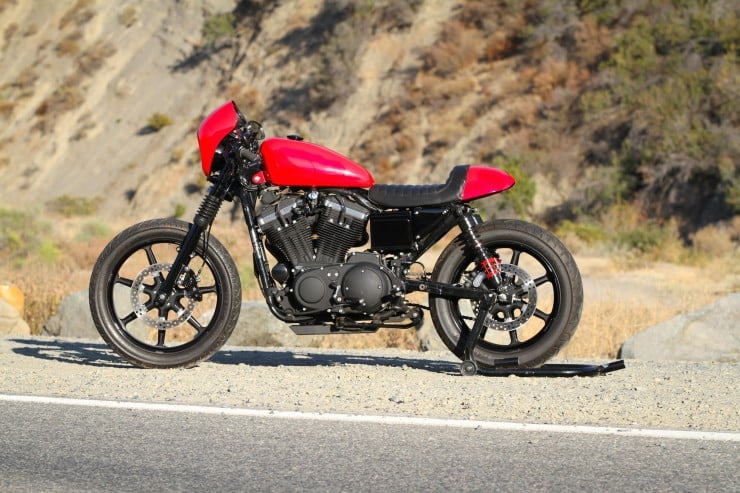 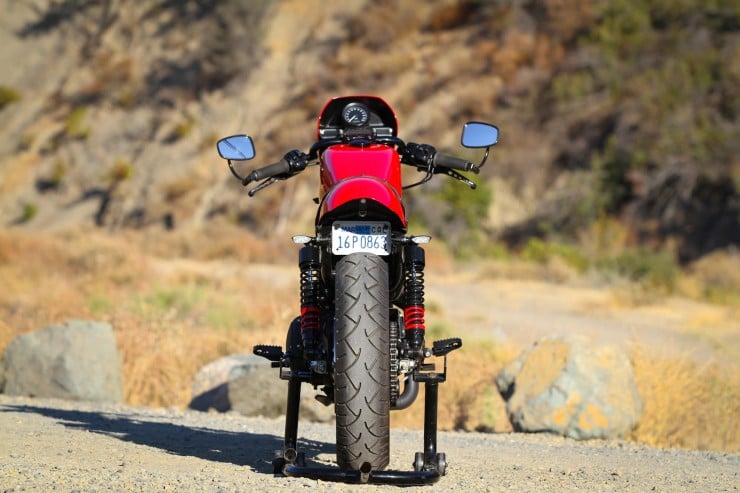 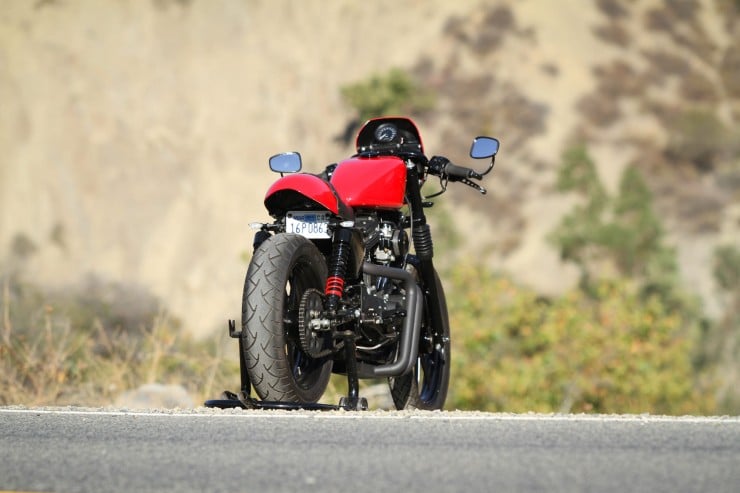 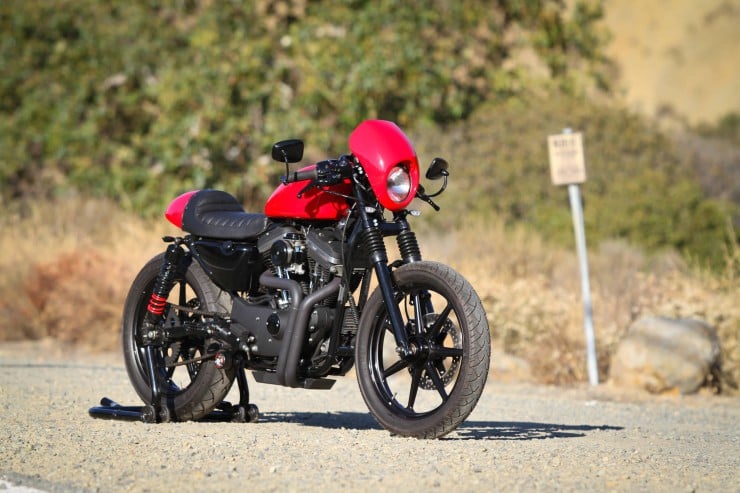 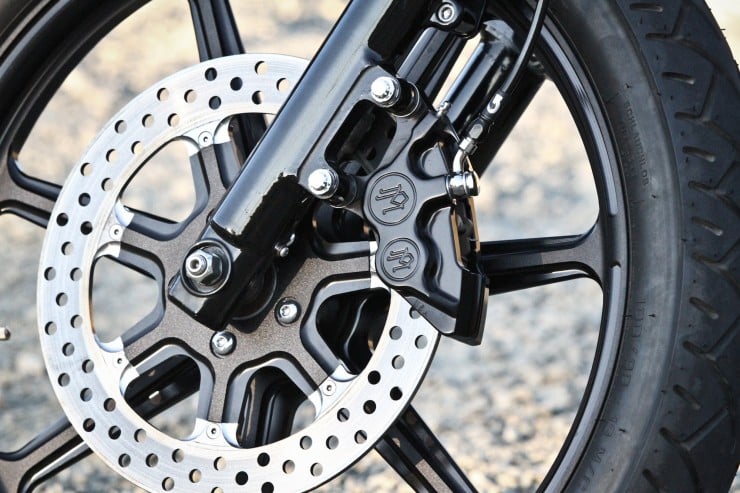 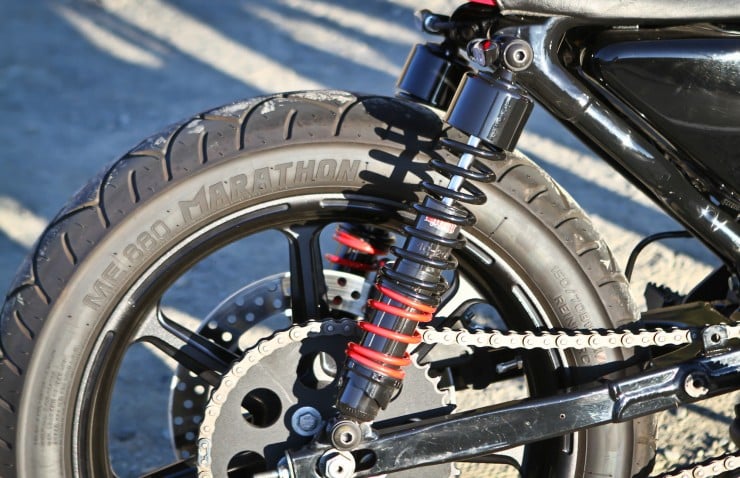 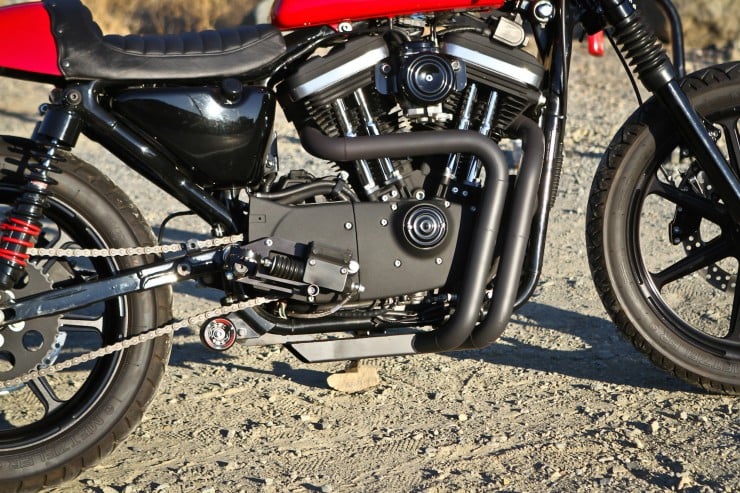 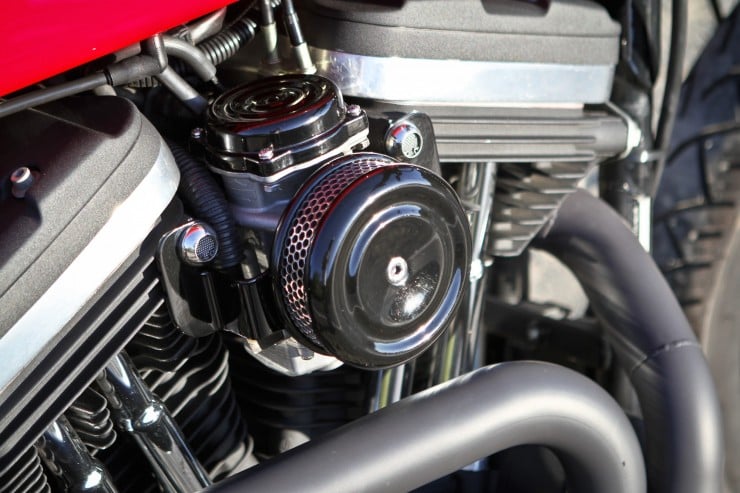 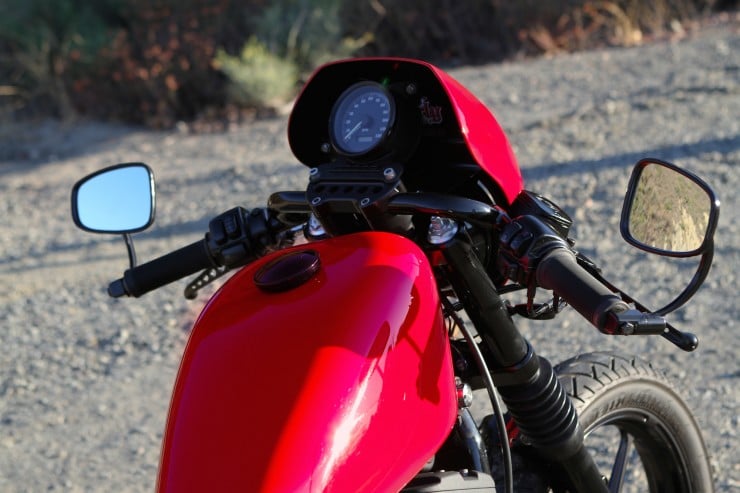 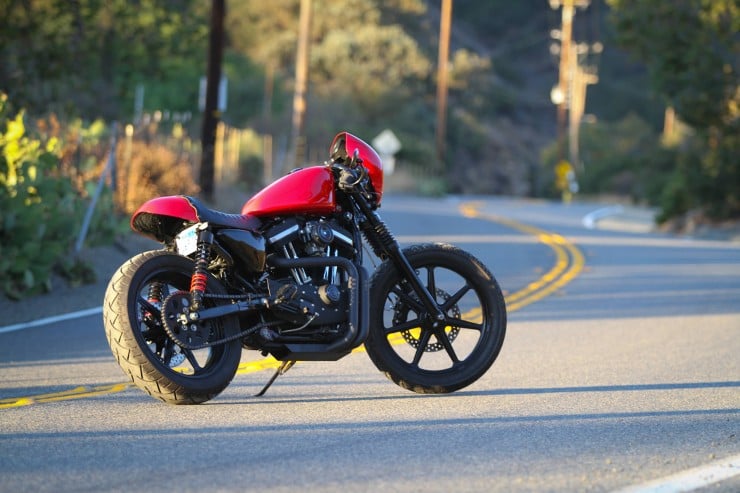 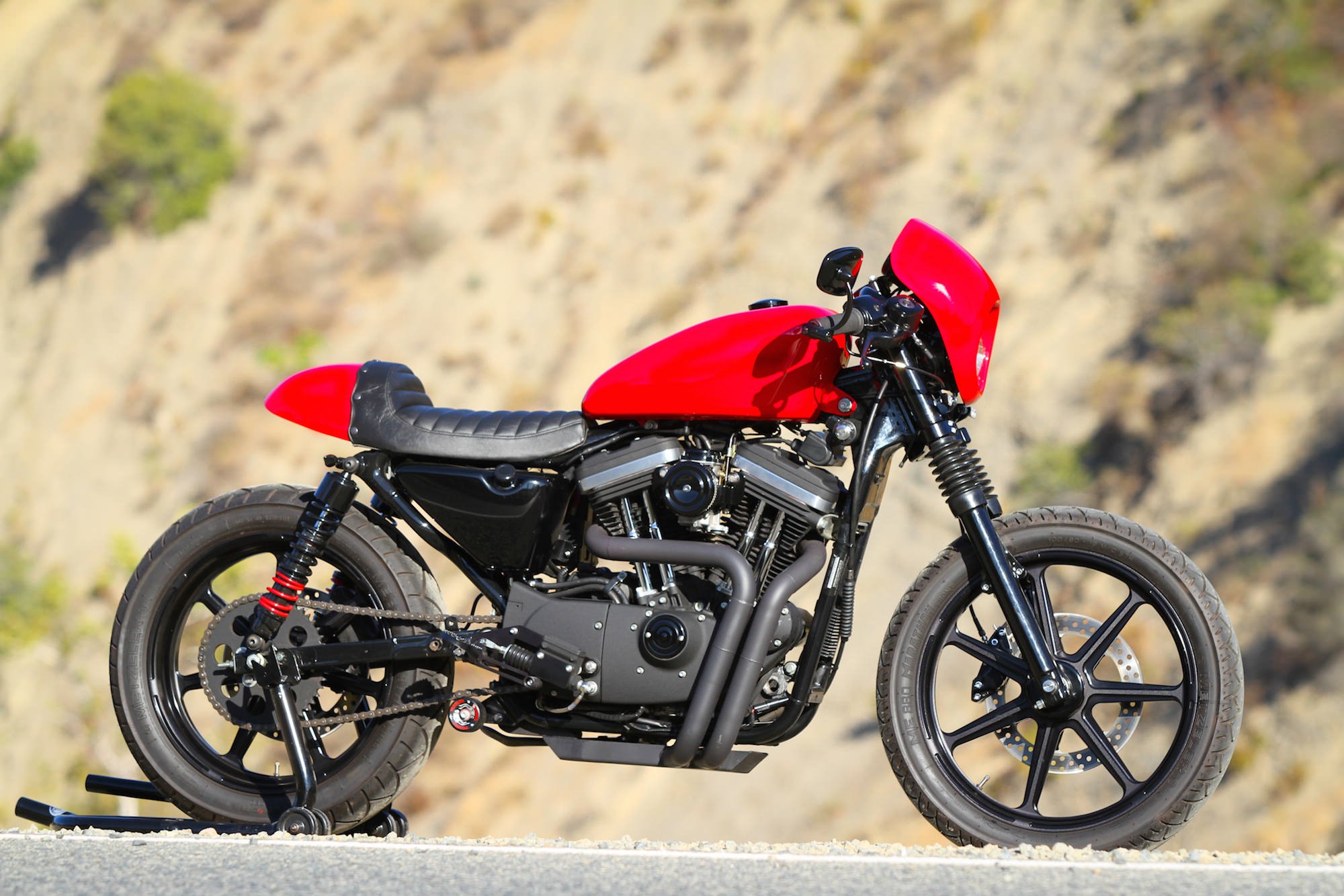