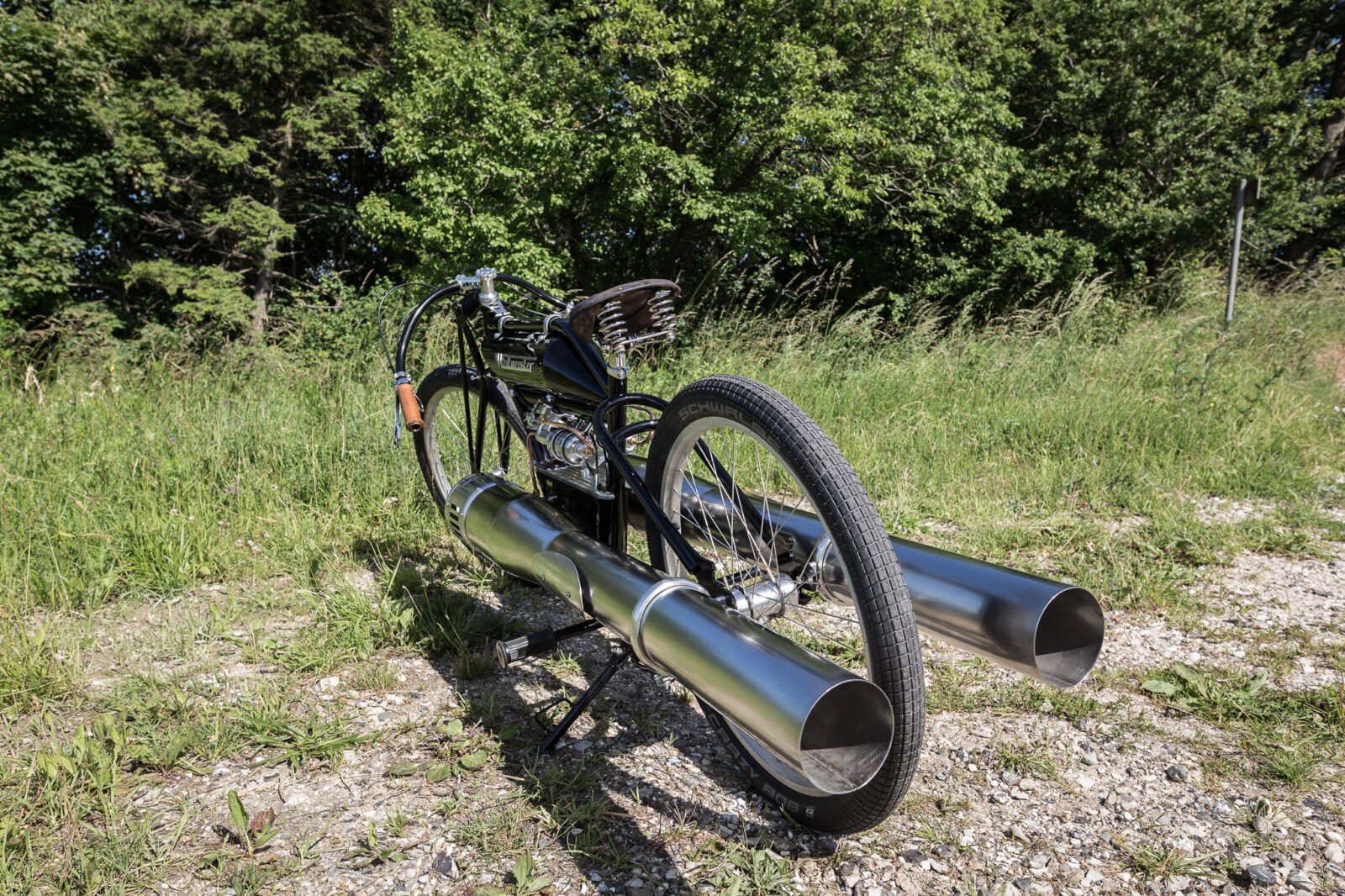 This article was written by Per Gabos, the creator of this rather unusual pulsejet-powered motorcycle.

What if the Germans had built experimental pulsejet-powered motorcycles in the mid-1930s – how would these have been made and what would they have looked like?

In the 1940s there were already manufacturers of pulsejet motorcycles both in France (the Veloreacteur) and in USA. Even though none of them became a commercial success some prototypes and production models were produced. Having this in mind it’s easy to imagine that the Germans, who invented pulsejet technology, could have been producing experimental pulsejet motorcycles for land speed records in the 1930s. 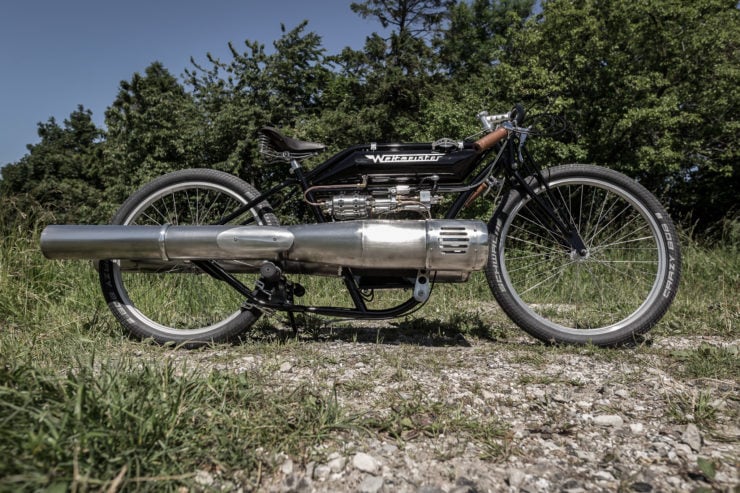 Already in the late 1920s Frits Von Opel had some success with his rocket-powered Opel motorcycle and it’s very likely that other companies would have taken up the challenge. One of those companies could potentially have tried using the pulsejet engine that was developed for the V1 flying bomb during WW2.

If so and if there really were a few experimental pulsejet motorcycles produced we will probably never find out because many of these things where lost forever during the war.

Let’s just say – even thought its just a hypothetical – that there were a few pulsejet motorcycles built in the mid-1930s – what would they would look like? The frame would probably be very similar to a DKW E200 with rigid rear and a girder fork up front. With engines like the later type VI engines, just downsized, board track racer handlebars, and with a minimalistic design – it would have really been  a speed record machine for that time.

This bike seen here in the pictures is a materialisation of  “what if the Germans had built one…….” and it was built over the past two years as a fictional historic replica. 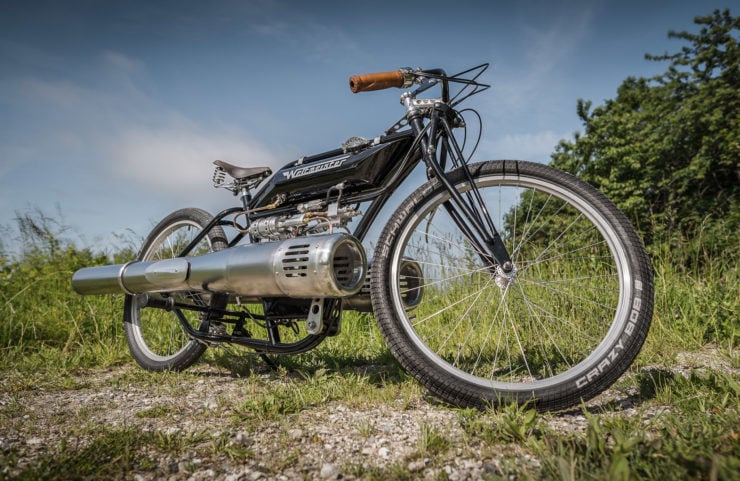 This motorcycle is designed to give the impression of a motorcycle developed and built in the 1930s, using the materials and techniques of that era.

This meant a lot of manual handwork and no use of laser cutting, CNC milling and so on. Choice of material is also based on what was available at that time, especially the wide use of aluminium, the leather seat, and the Bakelite contact breaker all give an authentic look and feel.

Also, the absence of electrical wires was very important for me – only ordinary Bowden cables are used for controlling everything. 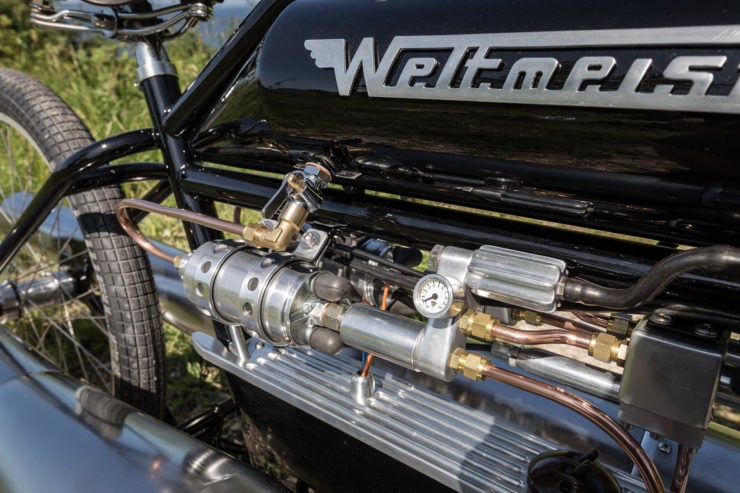 A couple of weeks ago we went to a local vintage land speed event just to be a part of the motor show.

We had some success, but things are a bit more complicated with a pulsejet propulsion motorcycle.

The process of starting the engines is a bit tricky and several attempts are needed, but when the engines starts, even its an idle (only 25% of the full 500 to 550 Newton meters) it’s extremely noisy and the motorcycle starts immediately to pull forward.

Opening the throttle from idle to full gives a very solid feeling of going from 25% to 100% – not only does the trust feel powerful but it’s accompanied with the huge increase in engine noise, the feeling is definitely not like riding an ordinary motorcycle.

However – we only had the possibility to ride on a bumpy grass field and with not much space, so it was not possibly at all to test the motorcycles full potential. 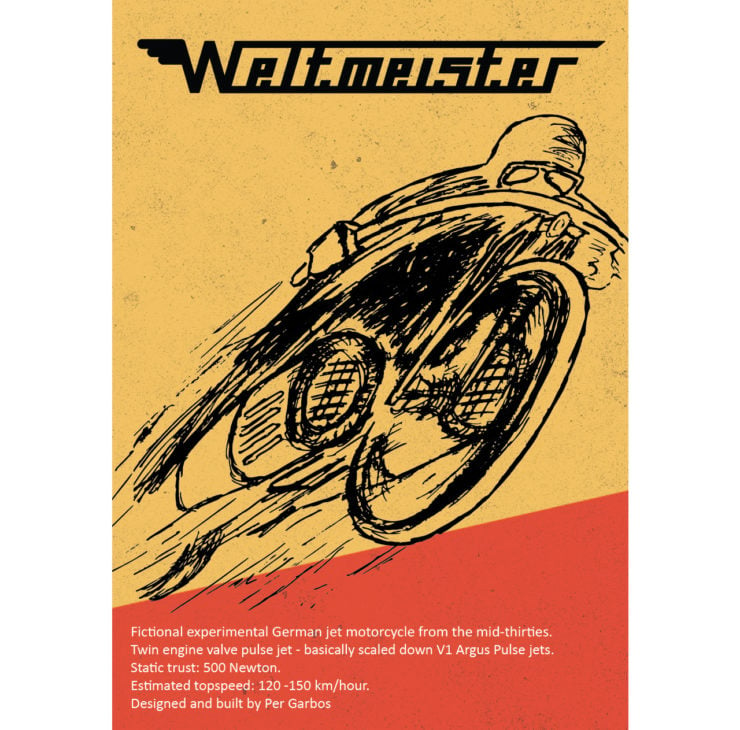 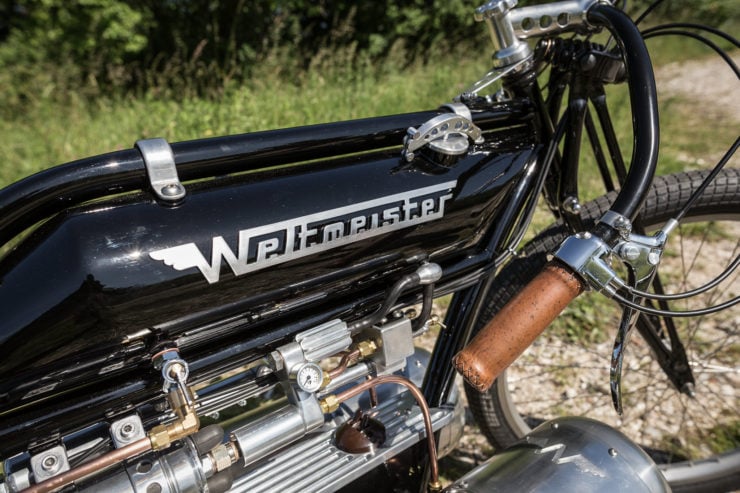 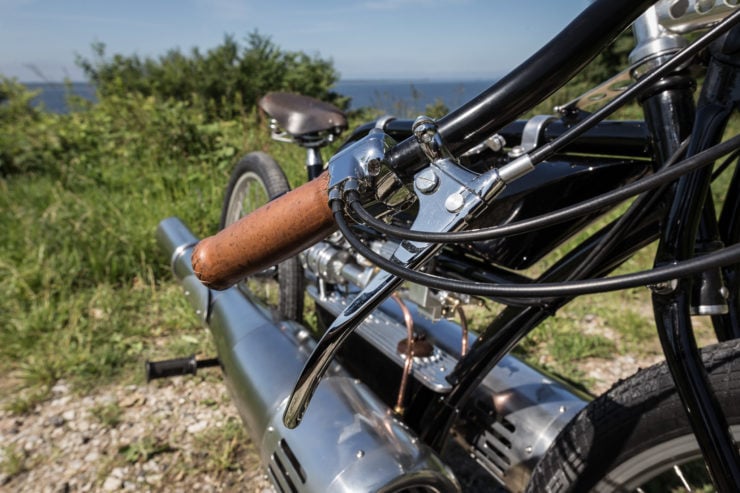 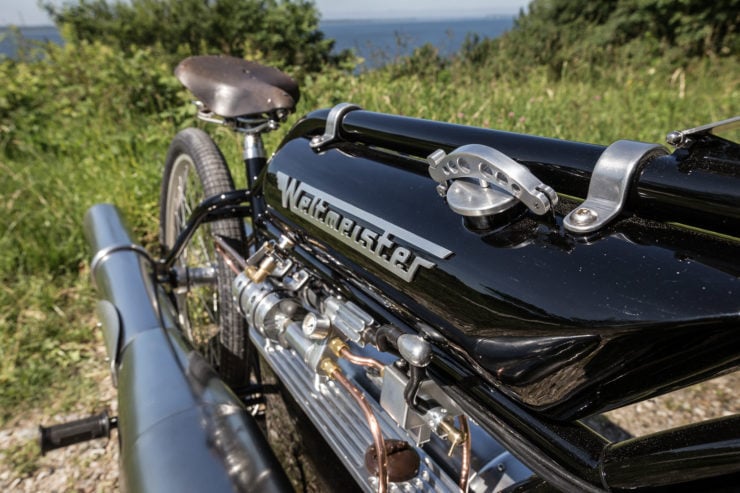 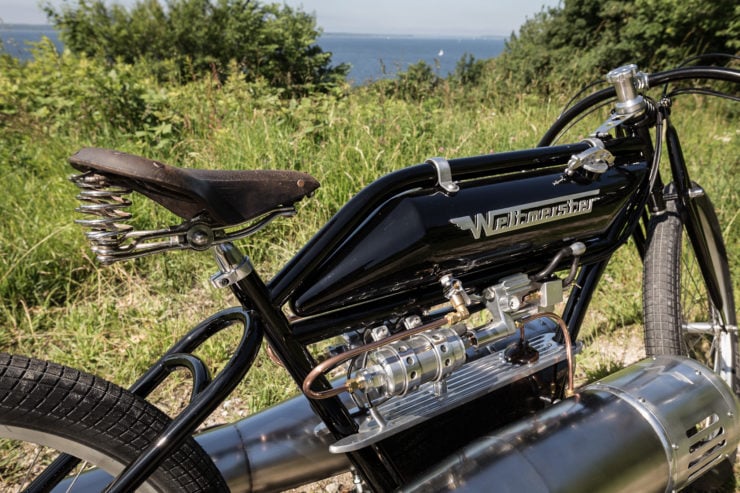 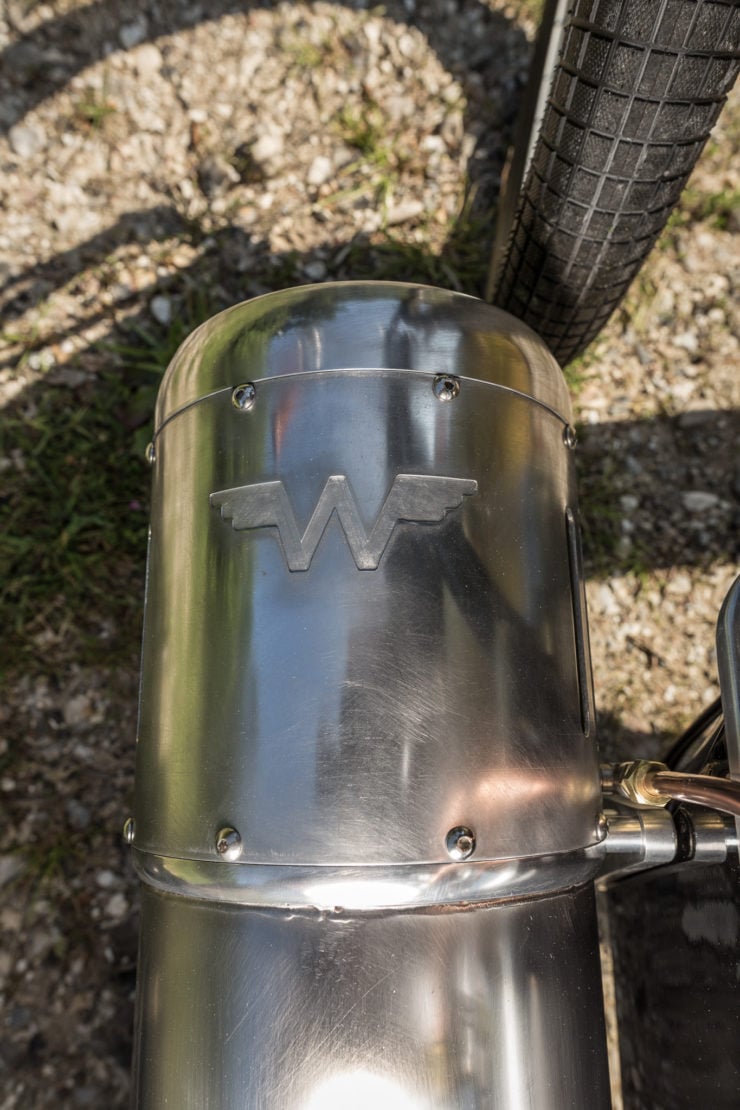 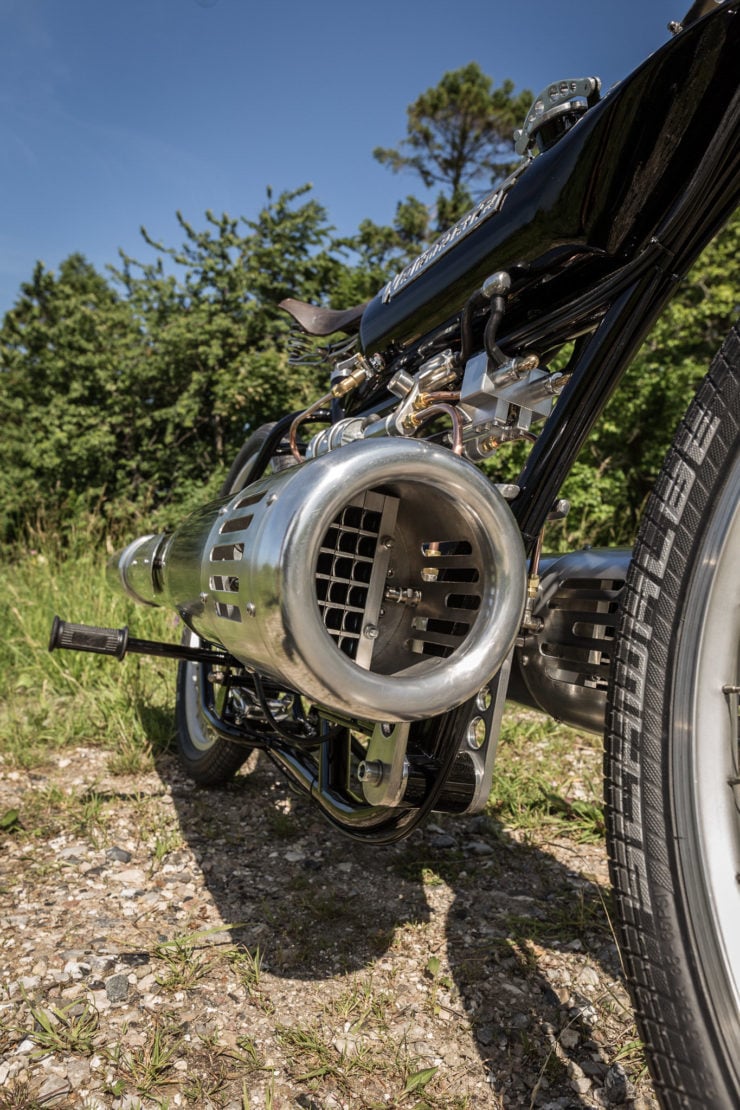 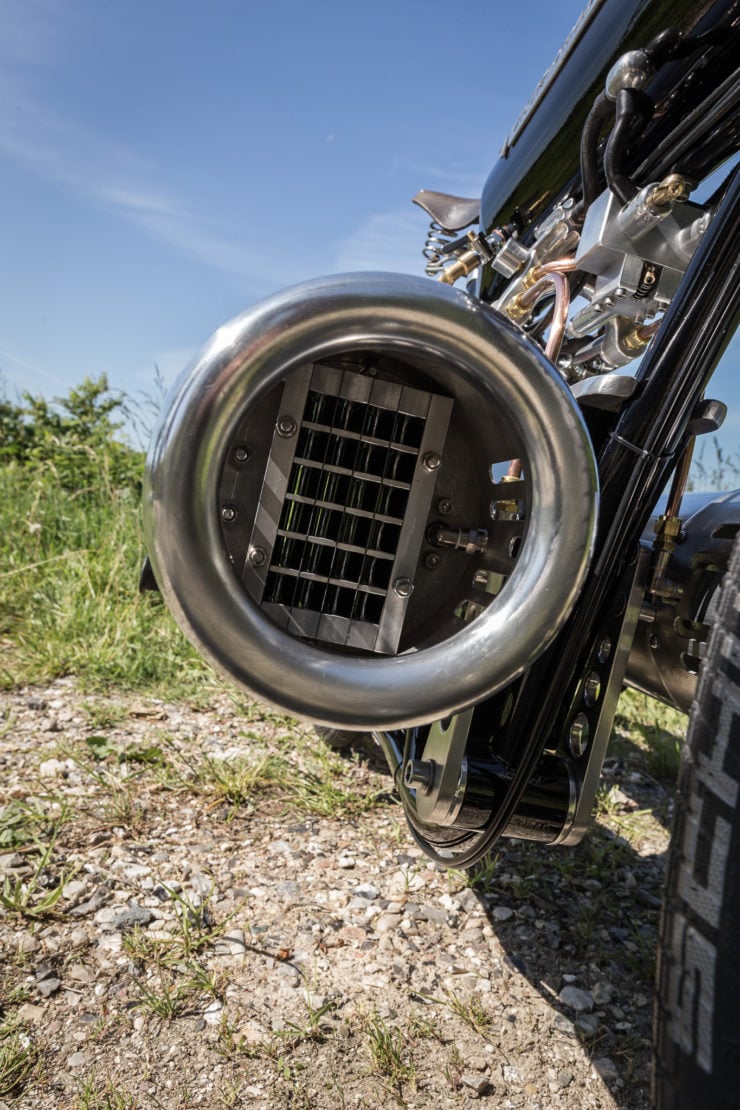 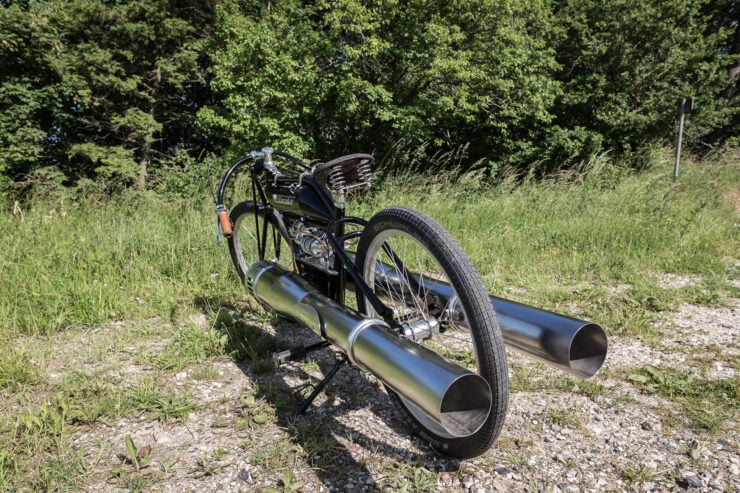 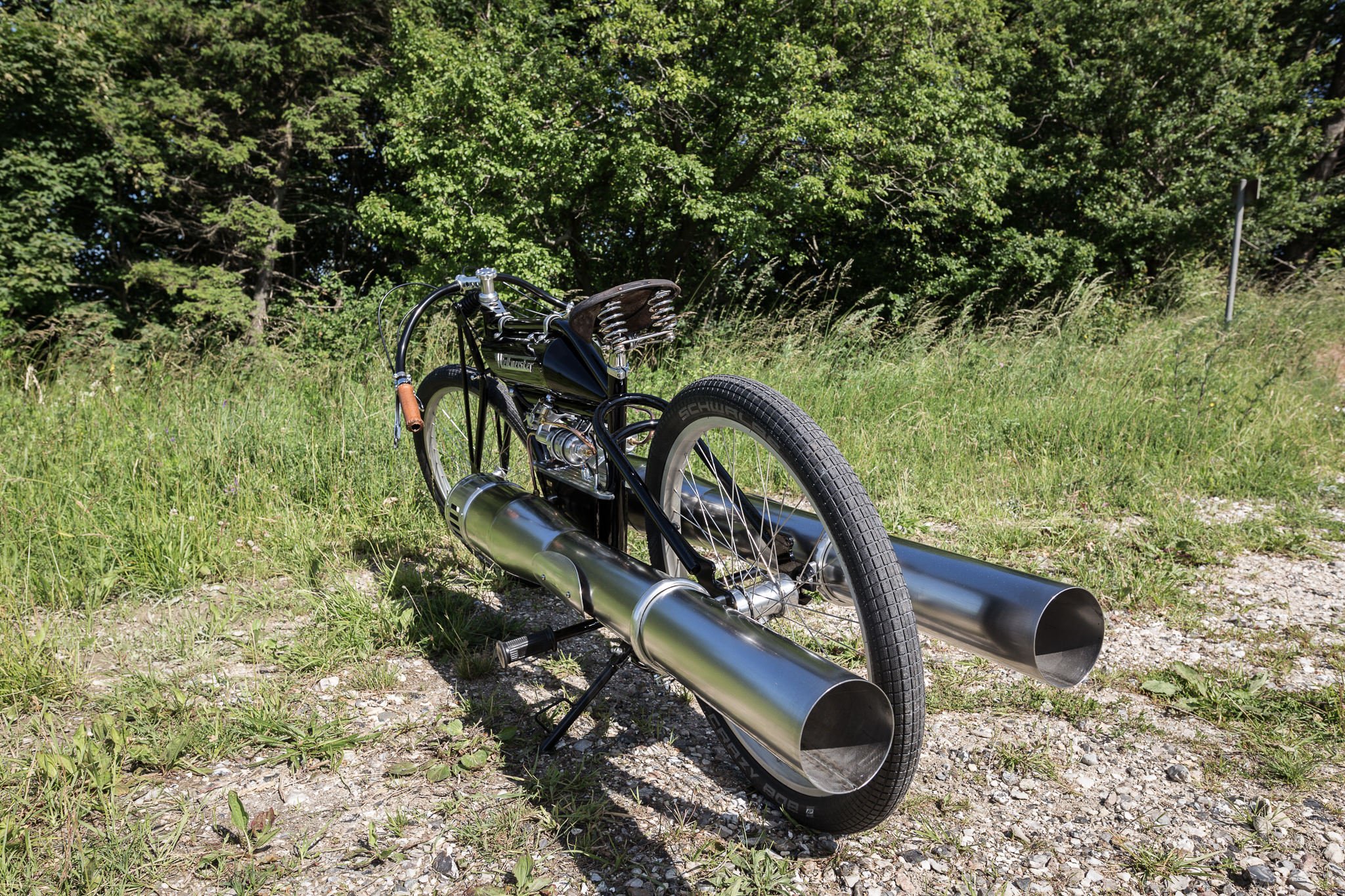