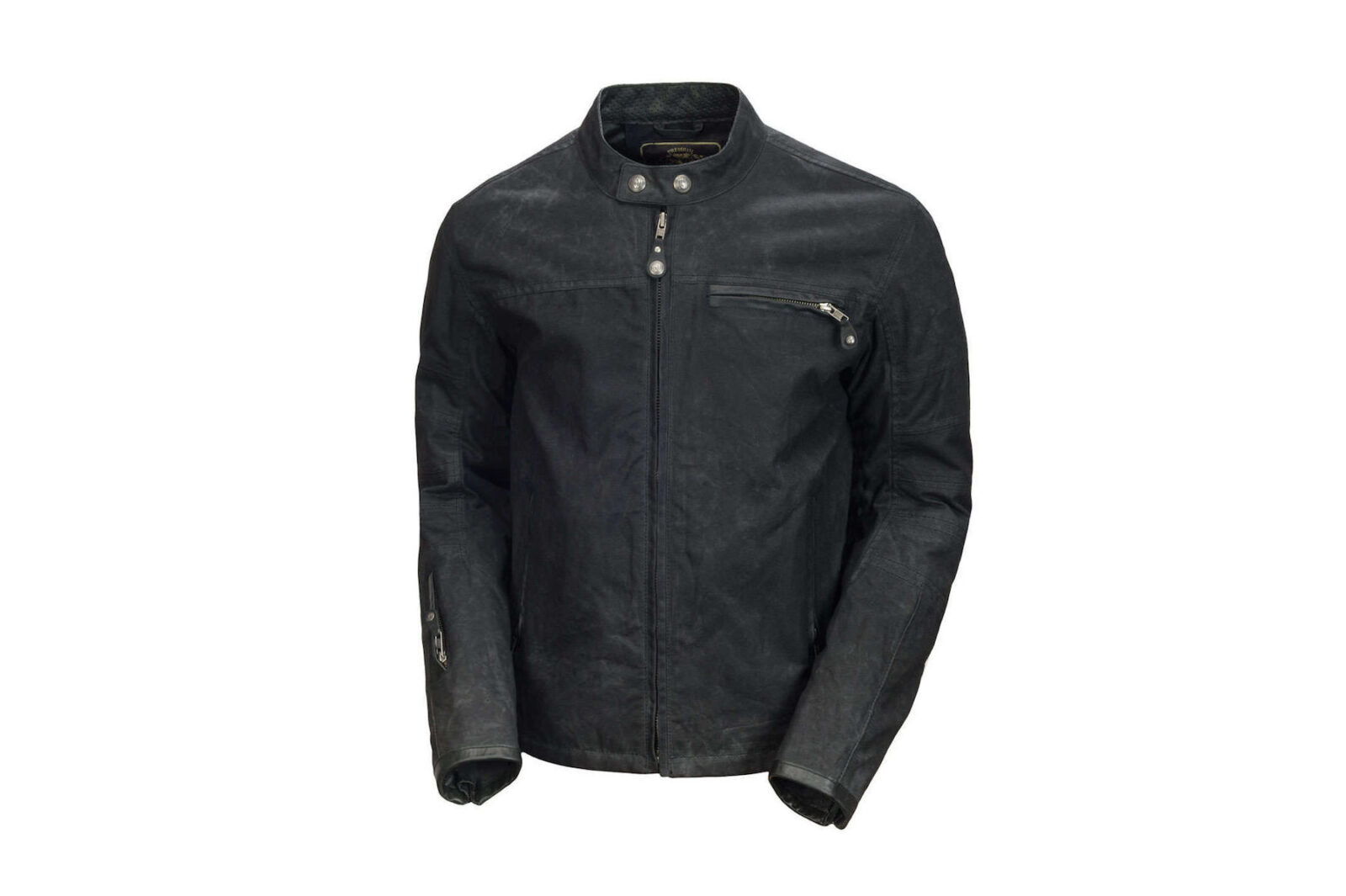 Like the leather Ronin, this jacket has pre-curved sleeves, a dropped back, a shorty snap collar, zippered pockets, a soft lined electronics security pocket and a satin-poly lining. 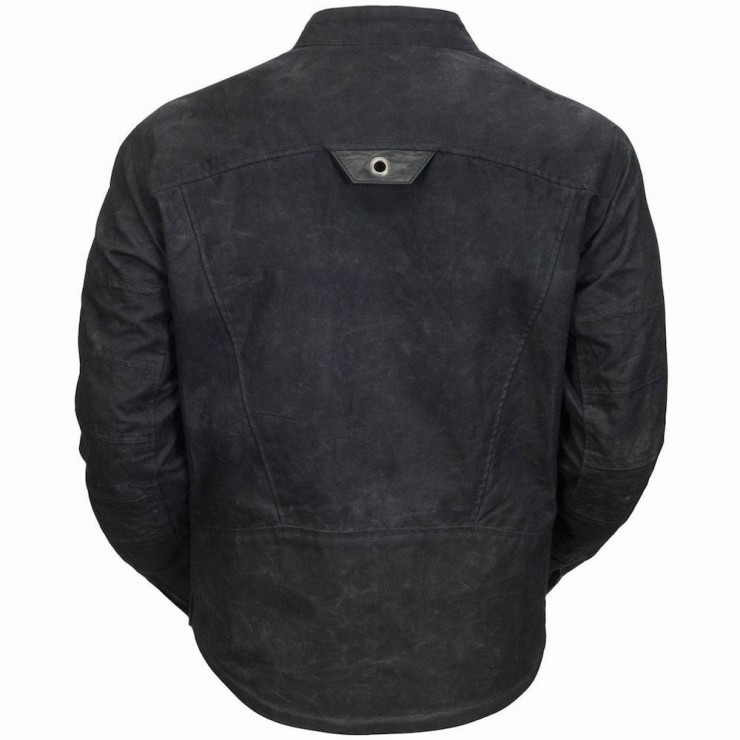