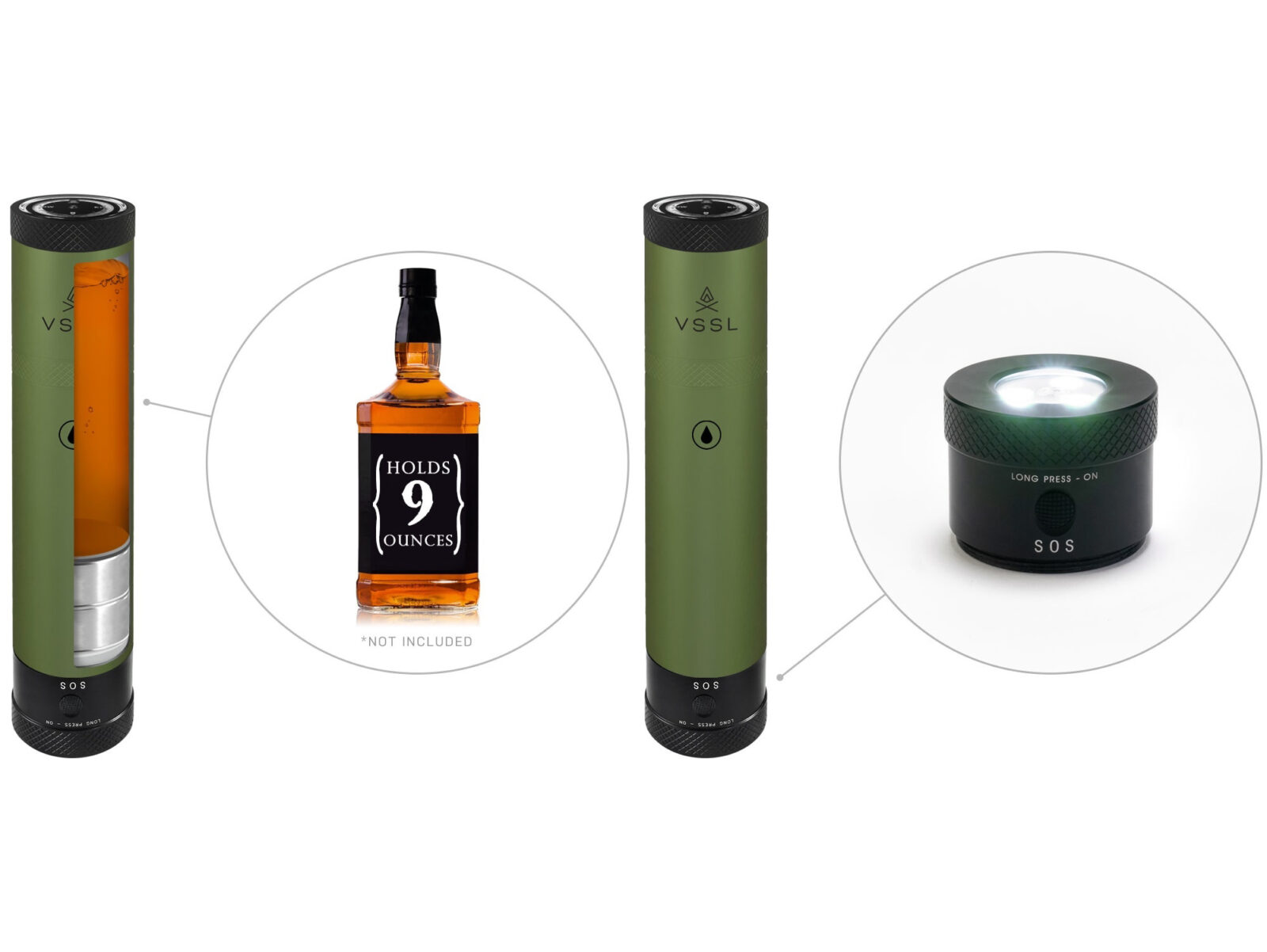 The VSSL Flask is a bright LED flashlight that offers up to 40 hours of continuous light, it also includes an oil filled compass in its base. Perhaps most importantly, the VSSL Flask has an internal 9 ounce flask designed for carrying whisky or whatever your favourite class of firewater happens to be, and it has two collapsible stainless steel shot glasses so you can share (if you want to).

The team at VSSL design and build all manner of kits for everything from survival and first aid to the VSSL Flask you see here which is designed to take care of your illumination, direction finding, and thirst requirements while out in the wilderness. It’s offered in both green and silver colorways and the LED flashlight is rated to operate in temperatures ranging from -14ºF to +122º F, or -10ºC to 50ºC. 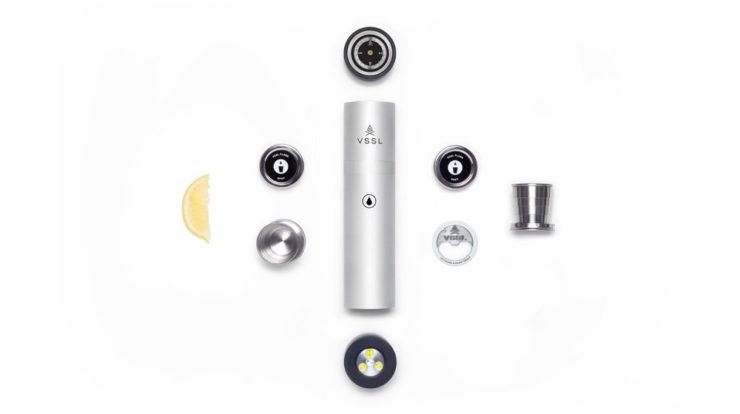 Above Image: The contents of the VSSL Flask, slice of lemon not included.

The VSSL Flask comes with a lifetime warranty and it’s made from high quality cast aluminum. It’s the size of a standard flashlight but thanks to the low power requirements of modern LEDs the larger, heavy duty batteries are no longer required. This space that would formerly have been used by batteries now provides space for the 9 ounce flask, the two collapsible stainless steel shot glasses, and the coin-shaped bottle opener.

With a battery life of 20 hours on the full power setting (200 Lumens) or 40 hours on the low power setting, the VSSL Flask is perfectly suited for campsite use. It makes a great gift for friends and family who love the great outdoors, and the occasional sip of grandpa’s cough medicine of course.

The LED can operate in either white or red light, in two power settings, and it can be set to operate in SOS mode – which means it flashes out a Morse Code SOS signal. In order to keep your whisky safe and the flashlight operating, the VSSL Flask is completely waterproof and it’s claimed to be indestructible. 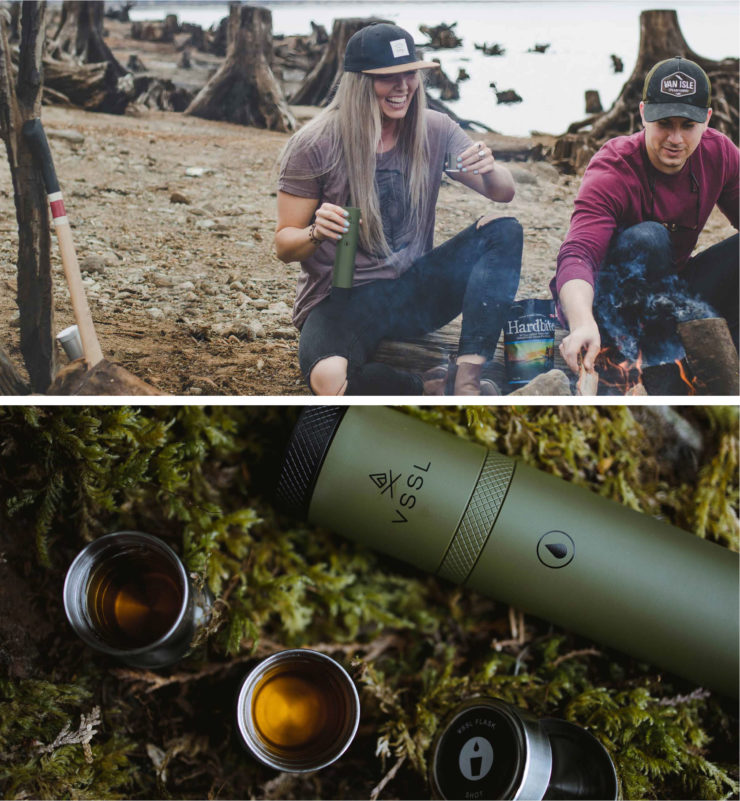 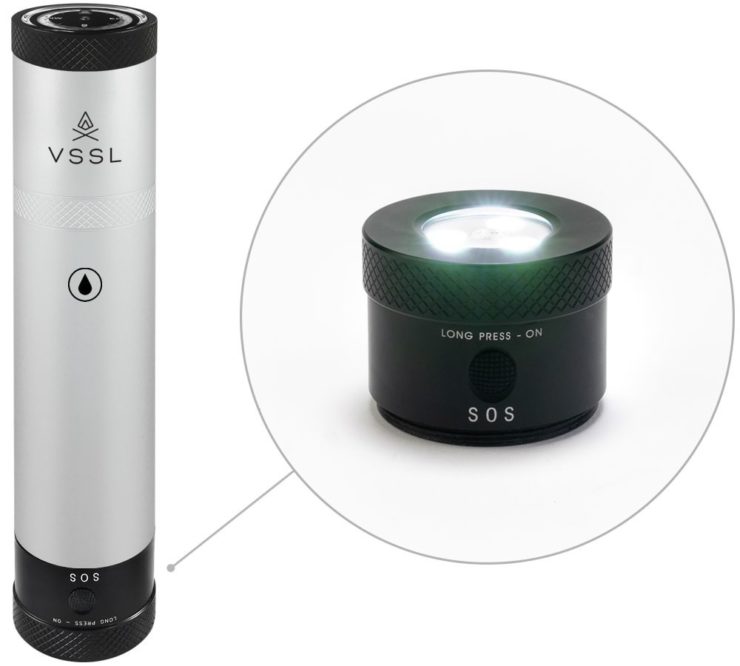 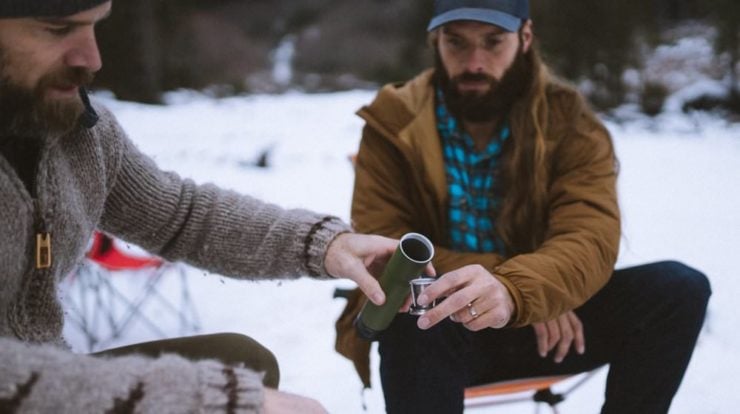 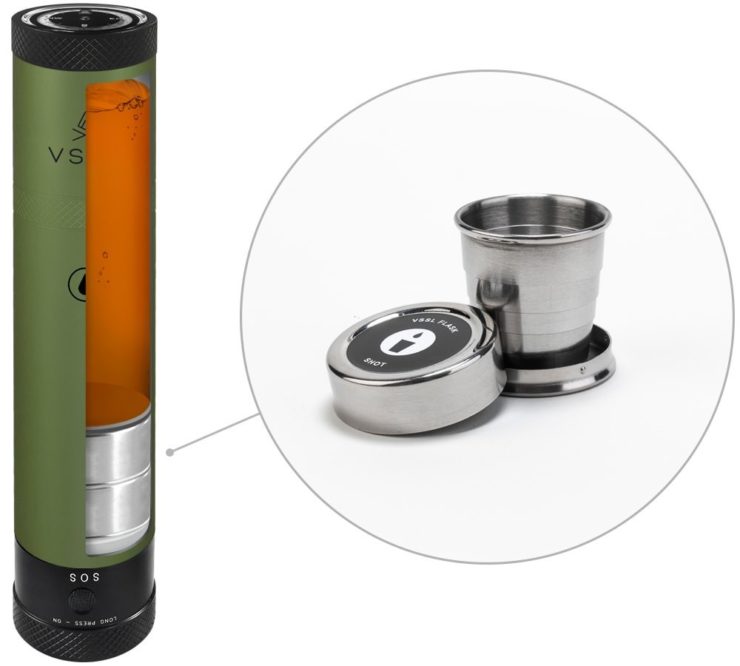 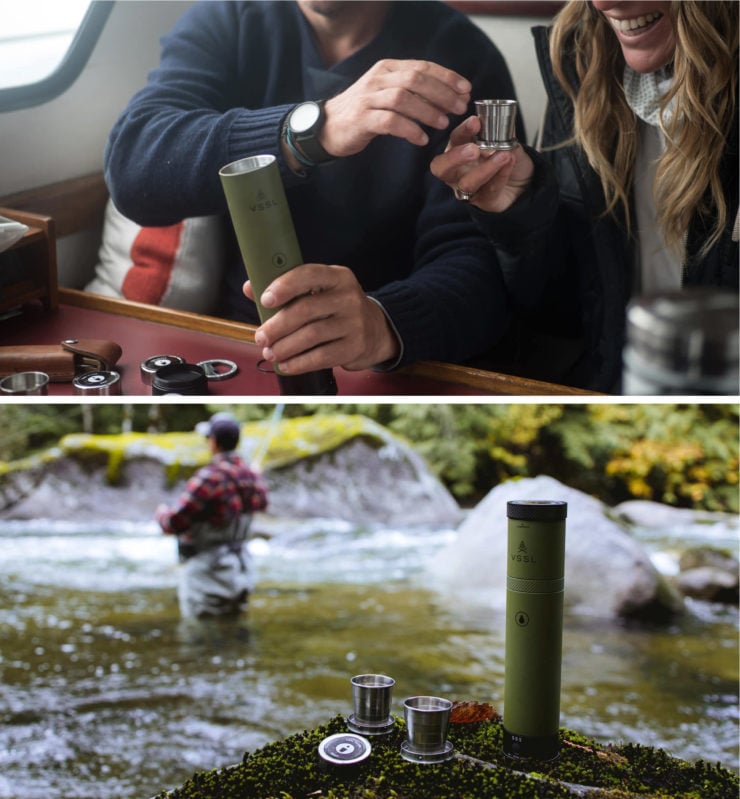 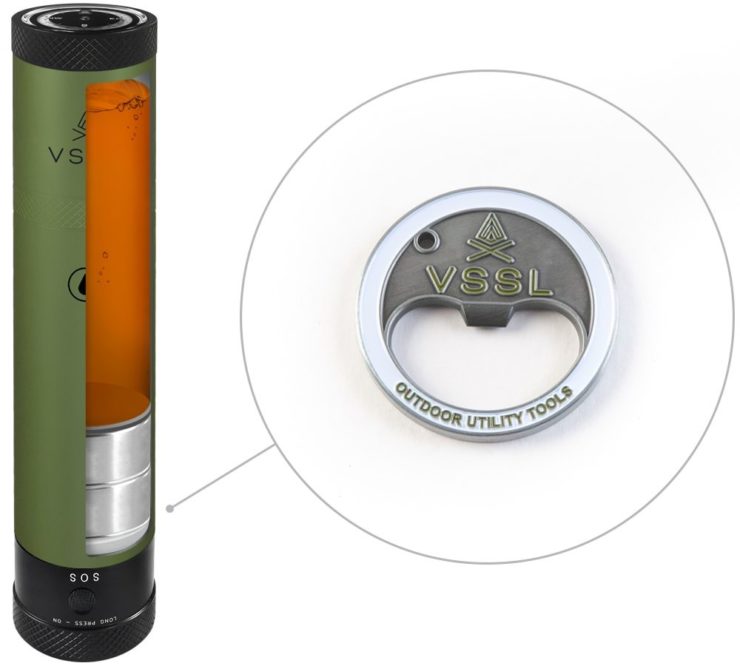