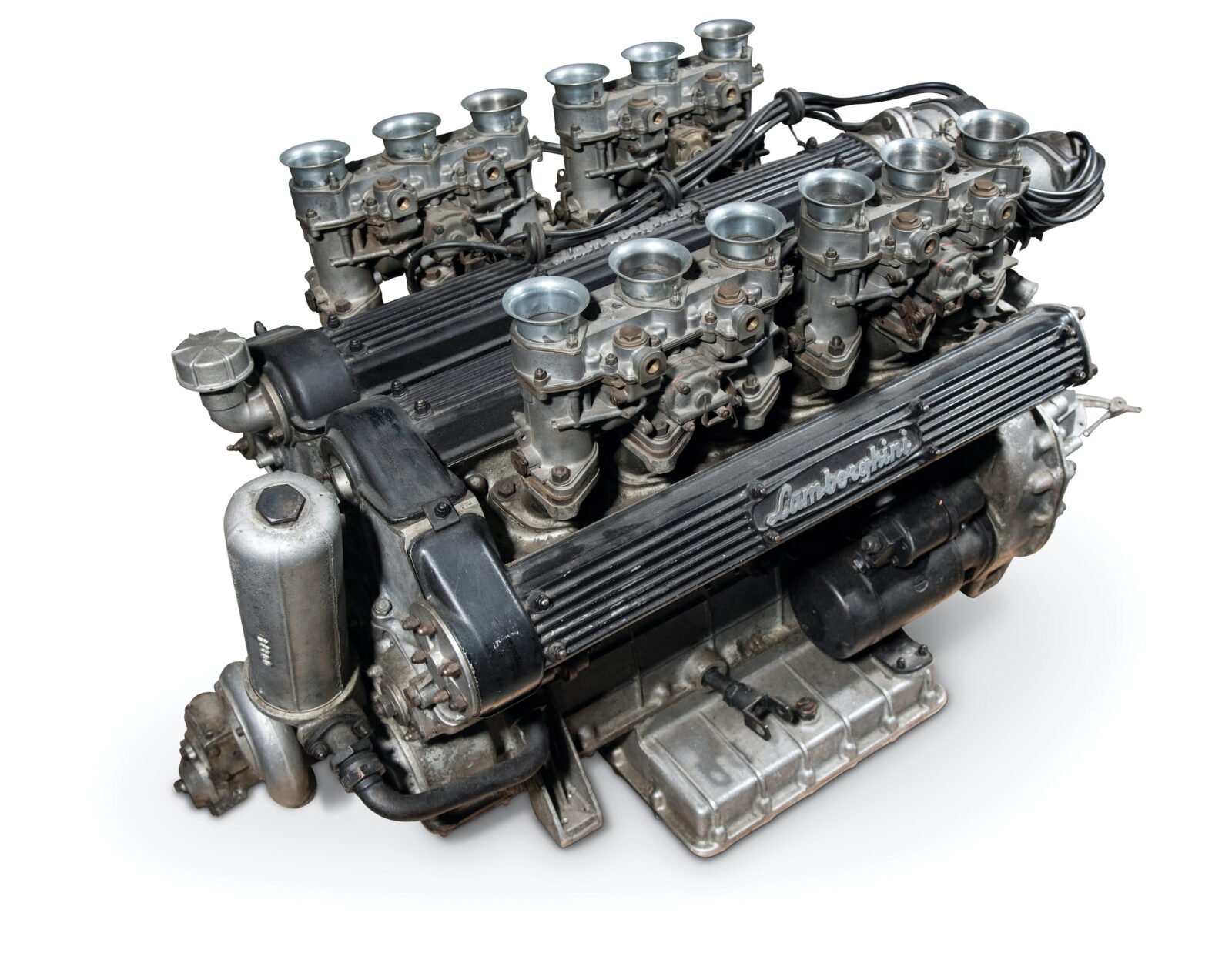 The P400 was the first iteration of the Lamborghini Miura, the name stands for the Italian words “Posteriore 4 Litri”, or “Posterior 4 Litre” in English – an indication that the engine was mounted in the back and had a capacity of 4 litres (3929cc).

It’s not known whether the engineering team behind the development of the Miura took inspiration from the British Mini, however they did use the same basic transverse engine orientation combined with the Mini’s famous gearbox in the bottom of the engine and sharing its oil. 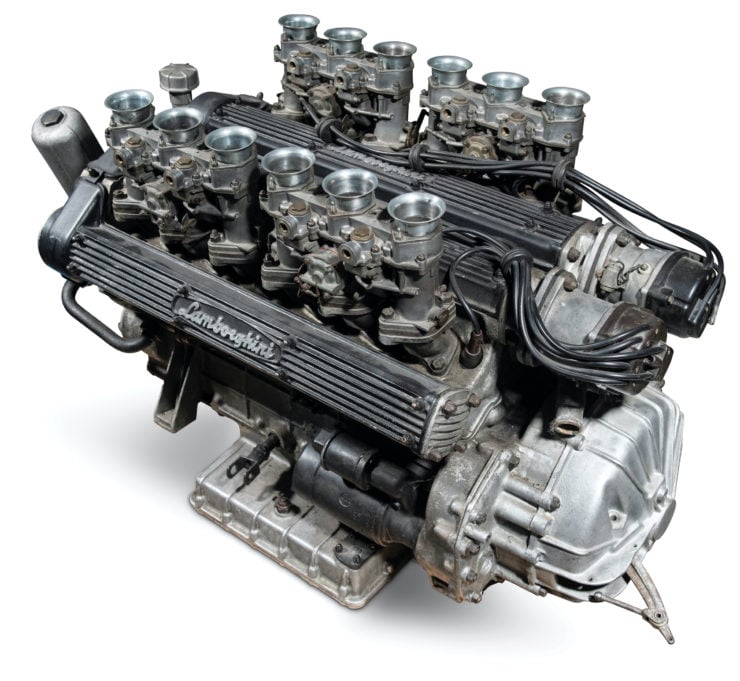 Unlike the somewhat agricultural pushrod inline-4 used in the Mini, Lamborghini used a cutting edge 60º V12 with chain-driven double overhead cams per bank, four 3-barrel downdraft Weber carburettors, a compression ratio of 9.5:1 and capable of 345 hp at 7,000 rpm and 262 ft lbs of torque at 5,000 rpm.

Just 275 built examples of the Lamborghini Miura P400 were built between 1966 and 1969 before the introduction of the P400S model. This means that original, complete P400 engines are rare and highly sought after by those who need them as either spares or replacement engines.

The engine you see here is complete however it does require a full rebuild and the team at RM Sotheby’s do note that it has some engine block damage. The engine is being offered without reserve, with a price guide of €50,000 to €70,000 which works out to approximately $55,000 to $77,000 USD at the time of writing. 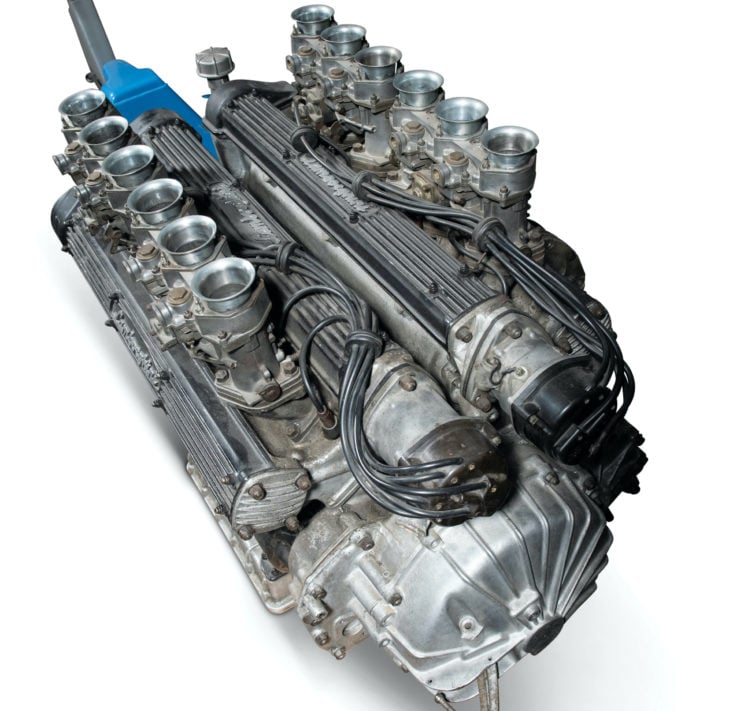 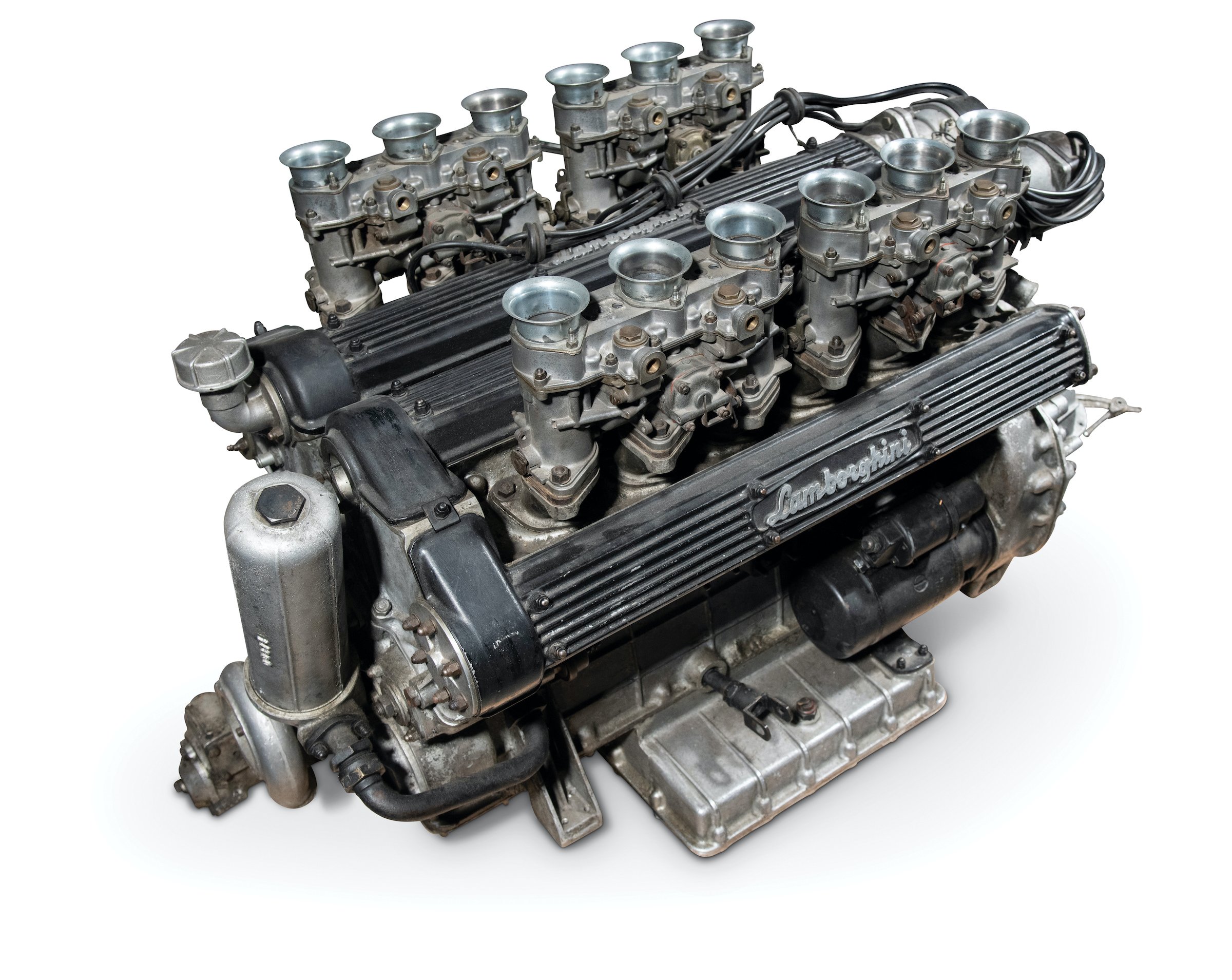 Published by Ben Branch - May 23rd 2020
Related Posts
Full Documentary: The Fast One – A History Of The Chevy Small Block V8