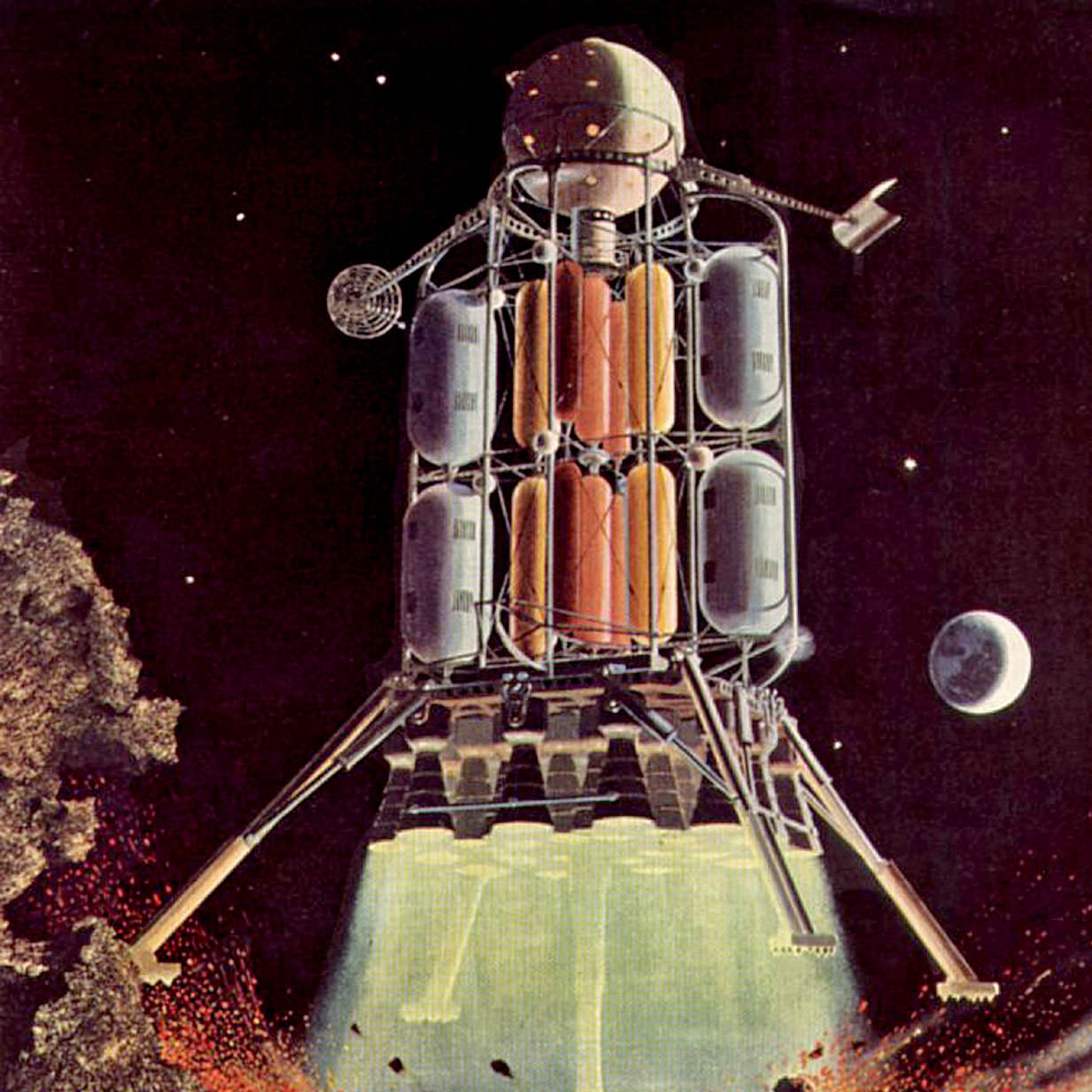 Wernher Von Braun’s first lunar lander design had room for 25 astronauts, the extraordinary behemoth weighed in at 8,739,000 lbs, was 160 ft tall, 108 ft in diameter and could (theoretically) produce 390,043 ft-lbs of power. If you’d like to read more, check out the fantastic article over on Astronautix here.