Bill “Grumpy” Jenkins is a legend in the US drag racing scene, he did all his own engineering and liked to drive with a lit cigar in his mouth.

This little 10 minute film is a great insight into his life, it even features a scene of him pushing his car to the drag strip so as not to put any extra wear on the engine. The guy was detail oriented to say the least. 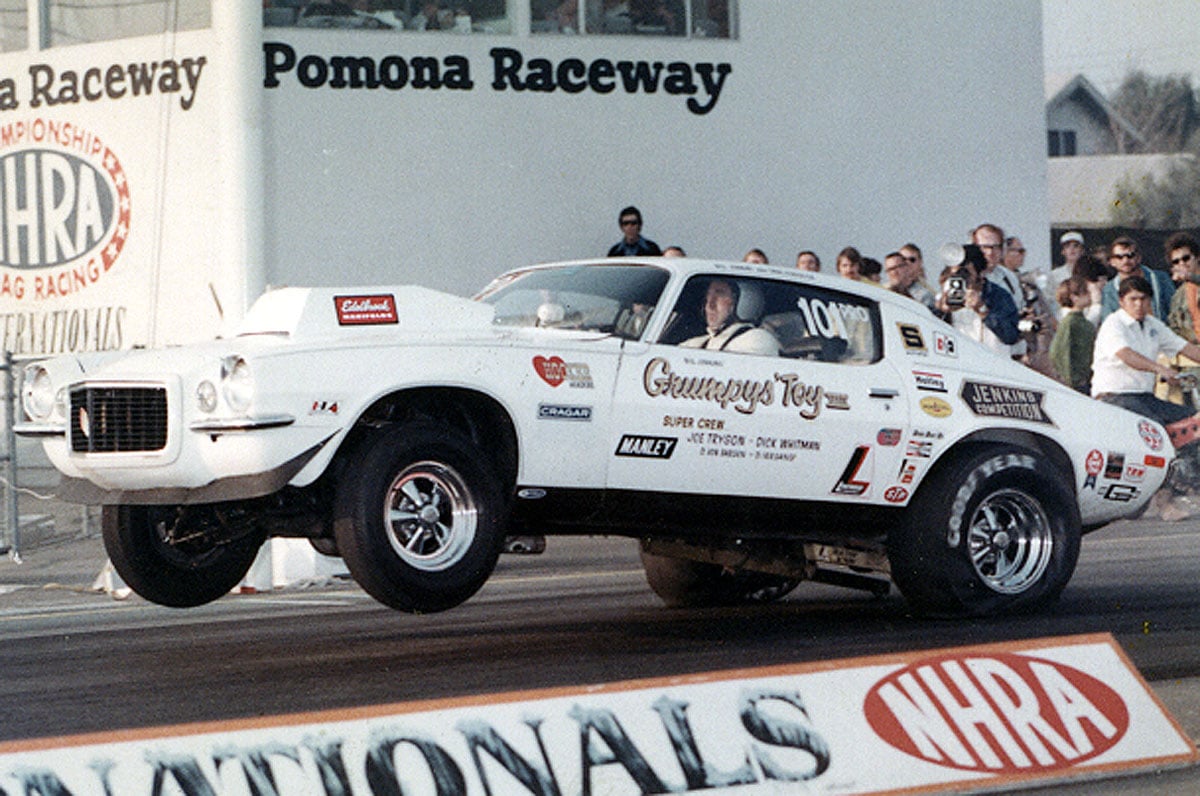