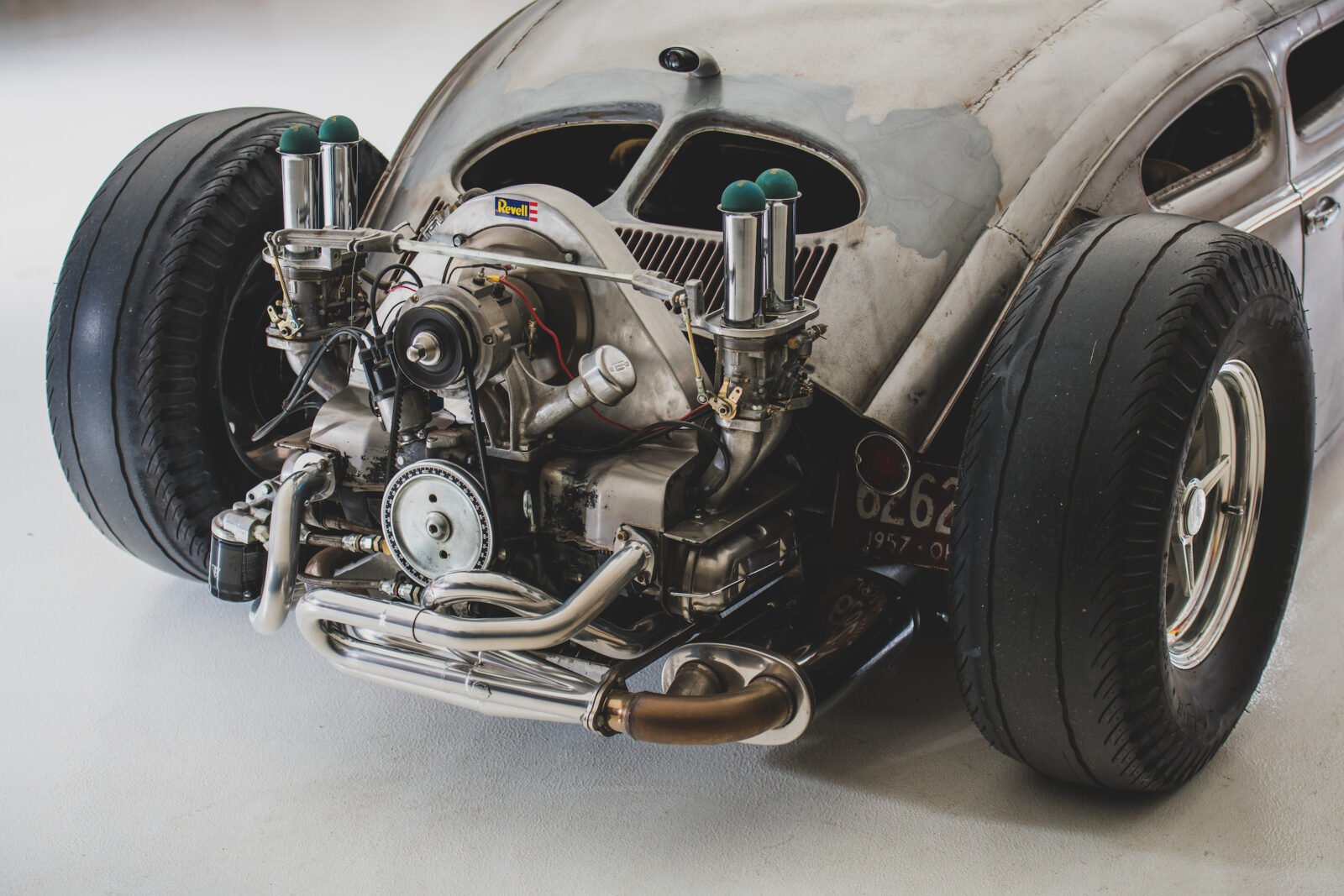 This Volkswagen Beetle Outlaw was built by Franz Muhr a little over 10 years ago using an abandoned Baja Bug project car.

Muhr wanted to build an extreme interpretation of a Bonneville-bound salt flat racing hot rod from the 1950s.

The explosion of hot rod culture in the United States in the mid-20th century was largely fuelled by returning WWII servicemen who were looking for something to bring a little bit of excitement and adventure into their oftentimes sedate suburban lives. 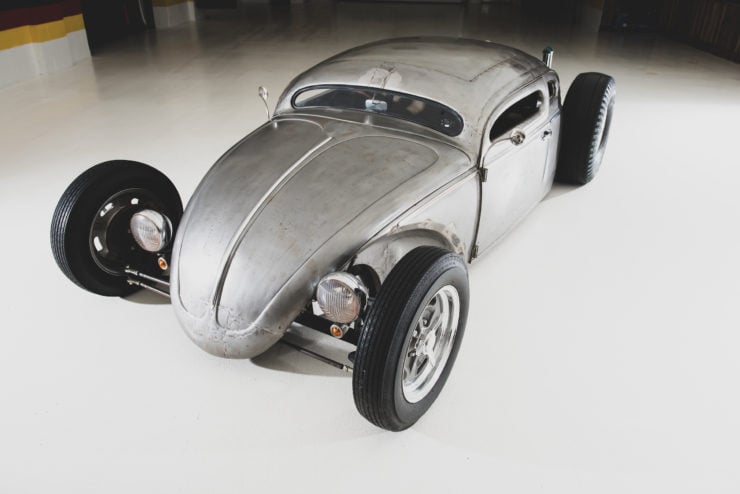 Drag racing and land speed racing had already existed but its popularity grew exponentially in the late 1940s and 1950s. One of the most important places on earth for land speed racing just happened to be right in America’s backyard – the salt flats at Bonneville in Utah.

Many hot rods were built specifically for land speed racing, not for the outright record but for class wins determined by engine size. These land speed hot rods were typically as low and aerodynamic as possible, with engines worked to within an inch of their lives. 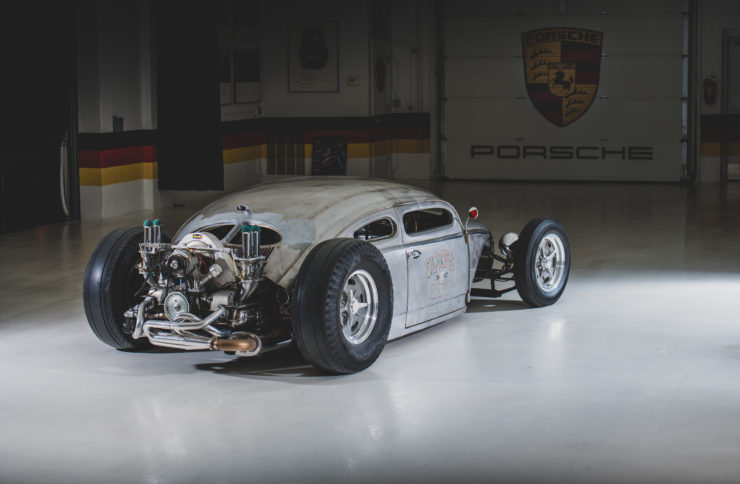 With his vision of a Volkswagen Beetle salt flat racer Franz Muhr of Kustom Coach Werks in Grand Junction, Colorado took the legendary shape of the body shell and set to it with cutting tools.

He removed eight inches at the B-pillar and an inch at the A and C-pillars. This new roofline was so low it allowed the driver only 4 inches of windscreen to see out of, leading to its nickname “Death”.

The car uses torsion bars from a pre-1963 Type 2, they’re mounted without shock absorbers and designed to get the vehicle as low as possible. Disc brakes are fitted to all four corners and because the body sits so low the engine and transaxle have been raised with custom mounts to avoid excessive negative camber. 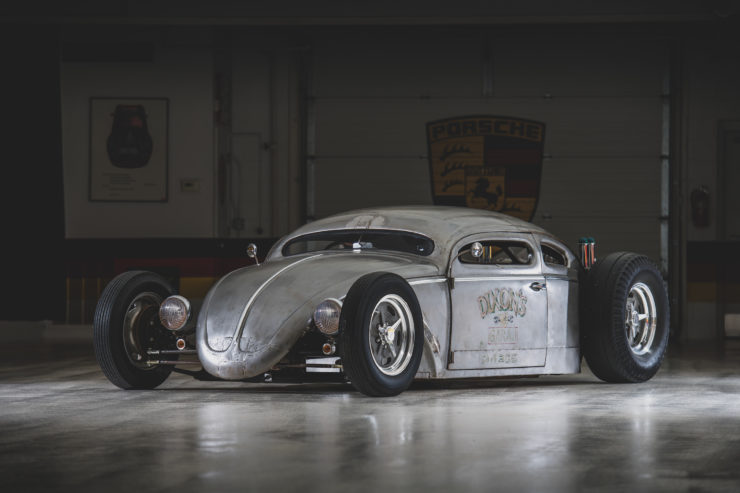 The engine is a heavily modified 1914cc flat-four with Mahle 94mm flat-top forged pistons, it runs at a 9:1 compression ratio, and has elongated velocity stacks and a custom 4-into-1 exhaust system. In its current form the Beetle weighs in at 1,300 lbs, meaning the power to weight ratio is more than enough to get the driver into trouble.

The editors at Hot Rod Magazine called this car “the most outrageous thing we saw the entire year” when they named it one of their Top 10 customs in 2008.

It stands just 36 inches tall with two inches of ground clearance in places and the lightweight, minimalist interior has no gauges – just a steering wheel, a seat, a gear lever, and three pedals.

This Volkswagen custom will be crossing the auction block with a slew of other fascinating cars courtesy of RM Sotheby’s on the 28th of September with an estimated value of $40,000 to $60,000 USD. If you’d like to read more about it or register to bid you can click here to view the listing. 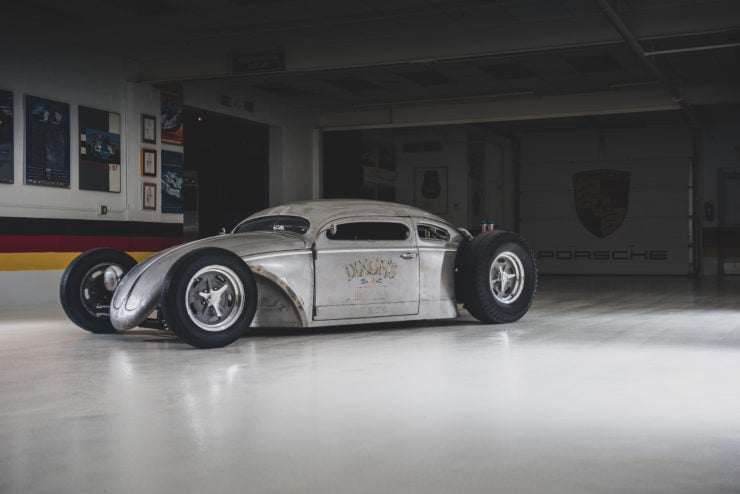 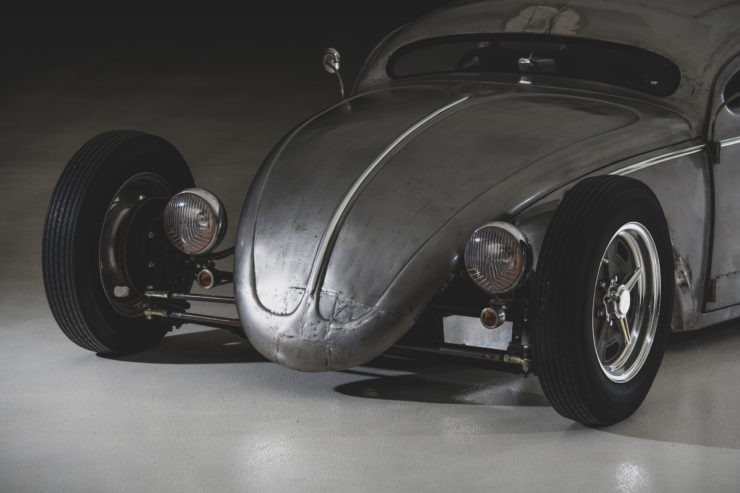 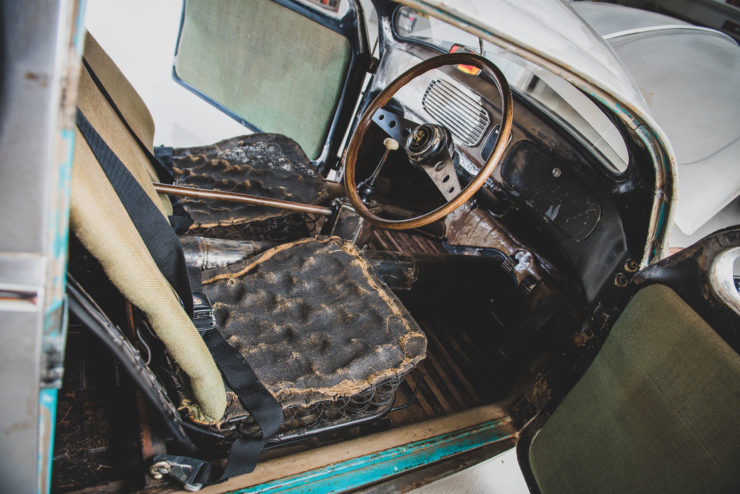 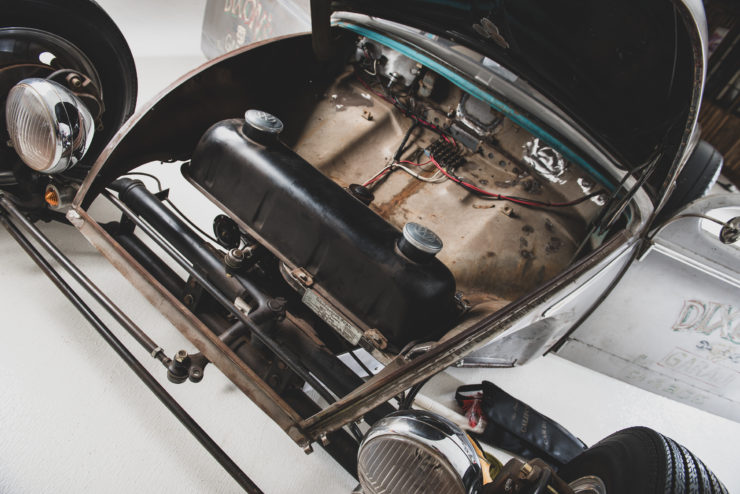 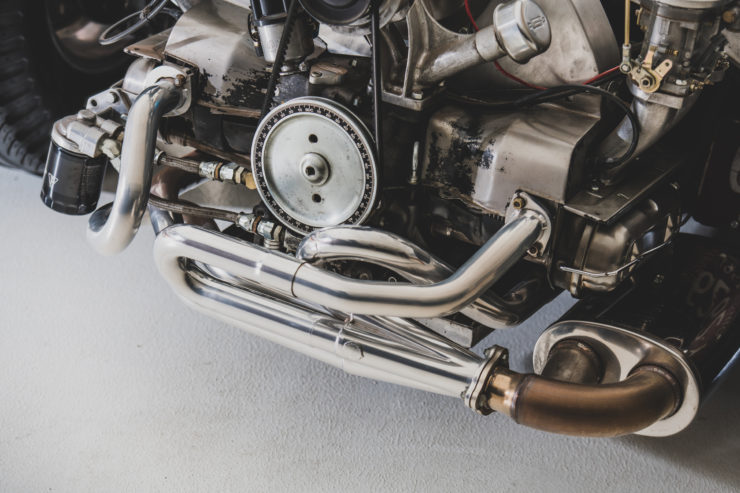 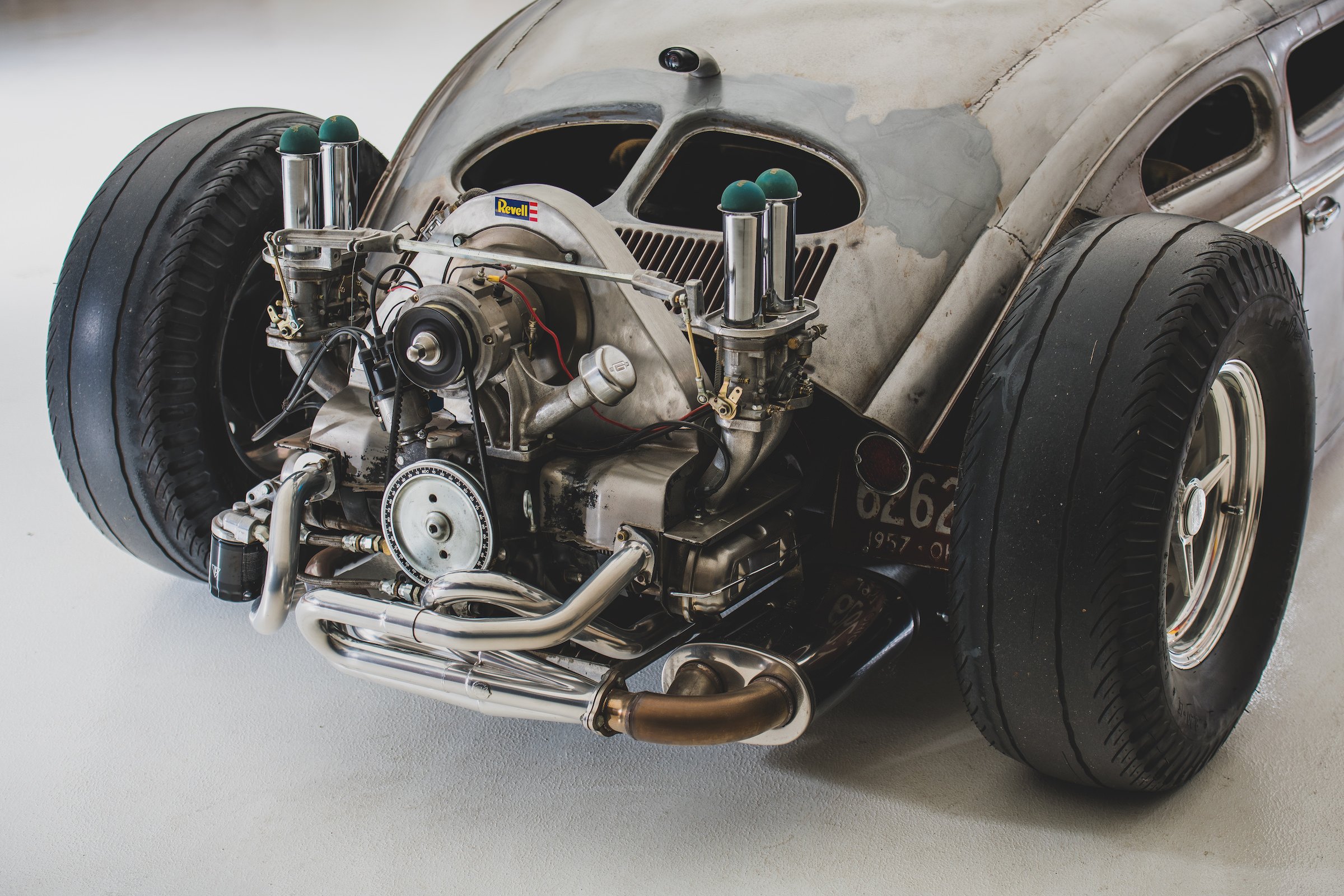