Motorcycle hill climbing events are always a white-knuckle endeavour, attempting such an activity on brutally simple suspension must have required an iron will and a pair of titanium balls.

There are a few crashes in this film, par for the course really, the guys making the run on 500+lb hard tail Harleys kind of blew my mind as did the long line of spectators within feet of the course behind a rather flimsy looking white picket fence.

Grab a coffee, or a beer depending on your time-zone, and hit play. You’ll be glad you did! 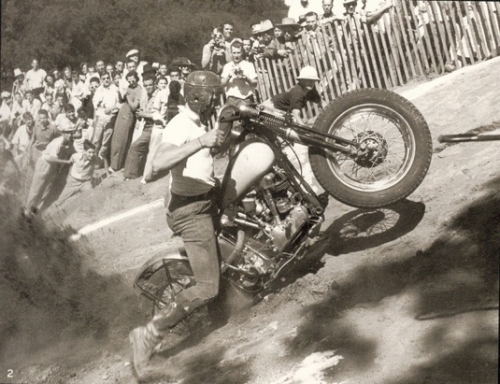