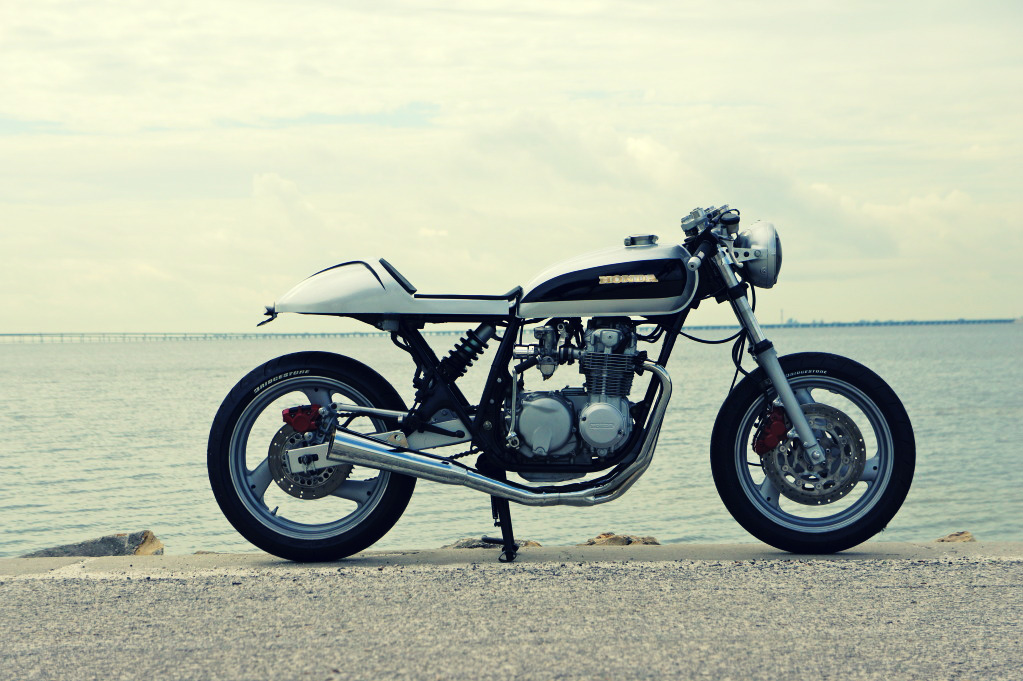 Steel Bent Customs is turning out some of my favourite custom motorcycles at present, bikes like this Honda CB550 are a great testament to the garage, believe it or not this café racer is part 1975 Honda CB550 and part 1992 Yamaha FZR600.

If you noticed that mono-shock rear mounted through the previous location of the CB550’s battery and air-box you get extra points, Michael of Steel Bent explains a little more about the project below:

I wanted to take the newer technology of the mono-shock swing arm, brakes, and wheels & merge with the nostalgia of the iron clad utilitarian of the mid 70s Honda CBs.  The triple tree fit fairly well with newer bearings, and the swing arm matched perfectly with the frame.  The wheels & brakes give the bike a knee dropping urge w/dead sexy stopping power.

I like the fact that this bike is, in many respects, a modern Japanese version of the classic Triton, it has the best elements of two bikes baked into one café racer in order to benefit from the best elements of both bikes. That it’s a one off and a bit of an engineering marvel only further adds to the bike’s appeal.

Michael will be posting this rather unique bike on eBay next week unless he receives an offer beforehand. Check out Steel Bent Customs here and shoot Michael a message if you’d like to make him an offer, this is one of those bikes that’ll give any serious motorcycle fan an itchy “Buy It Now” button finger. 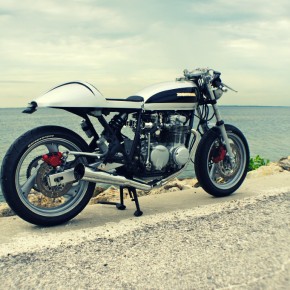 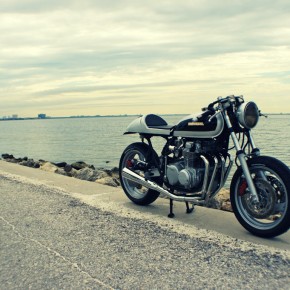 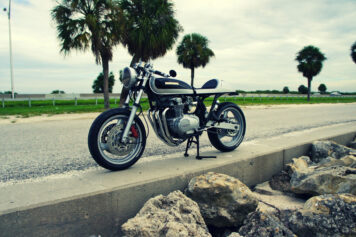 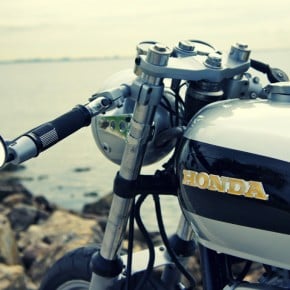 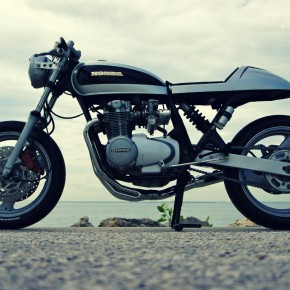 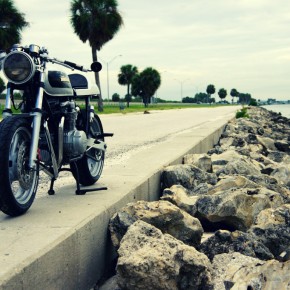 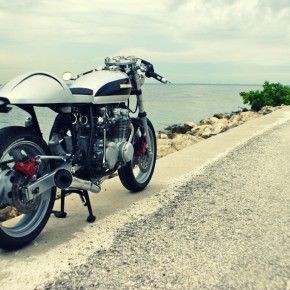 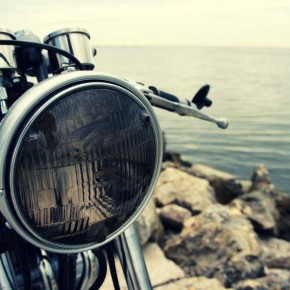 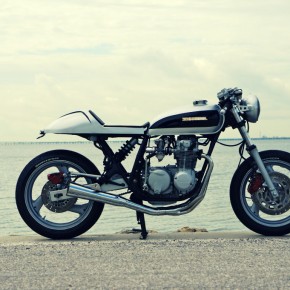 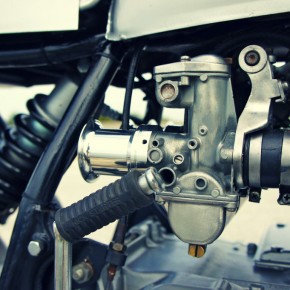 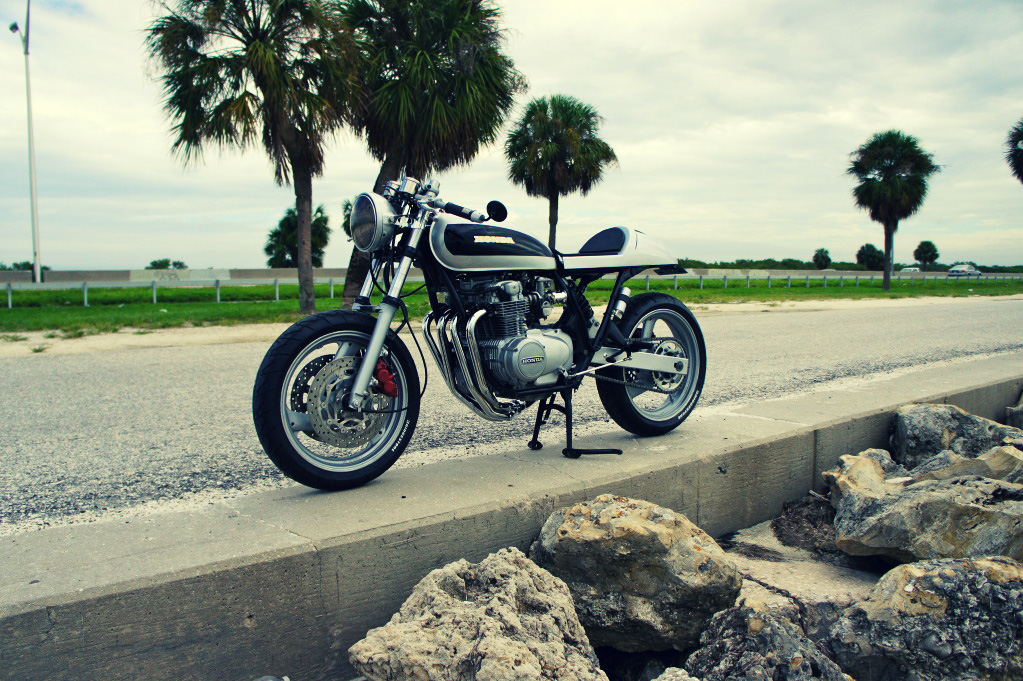