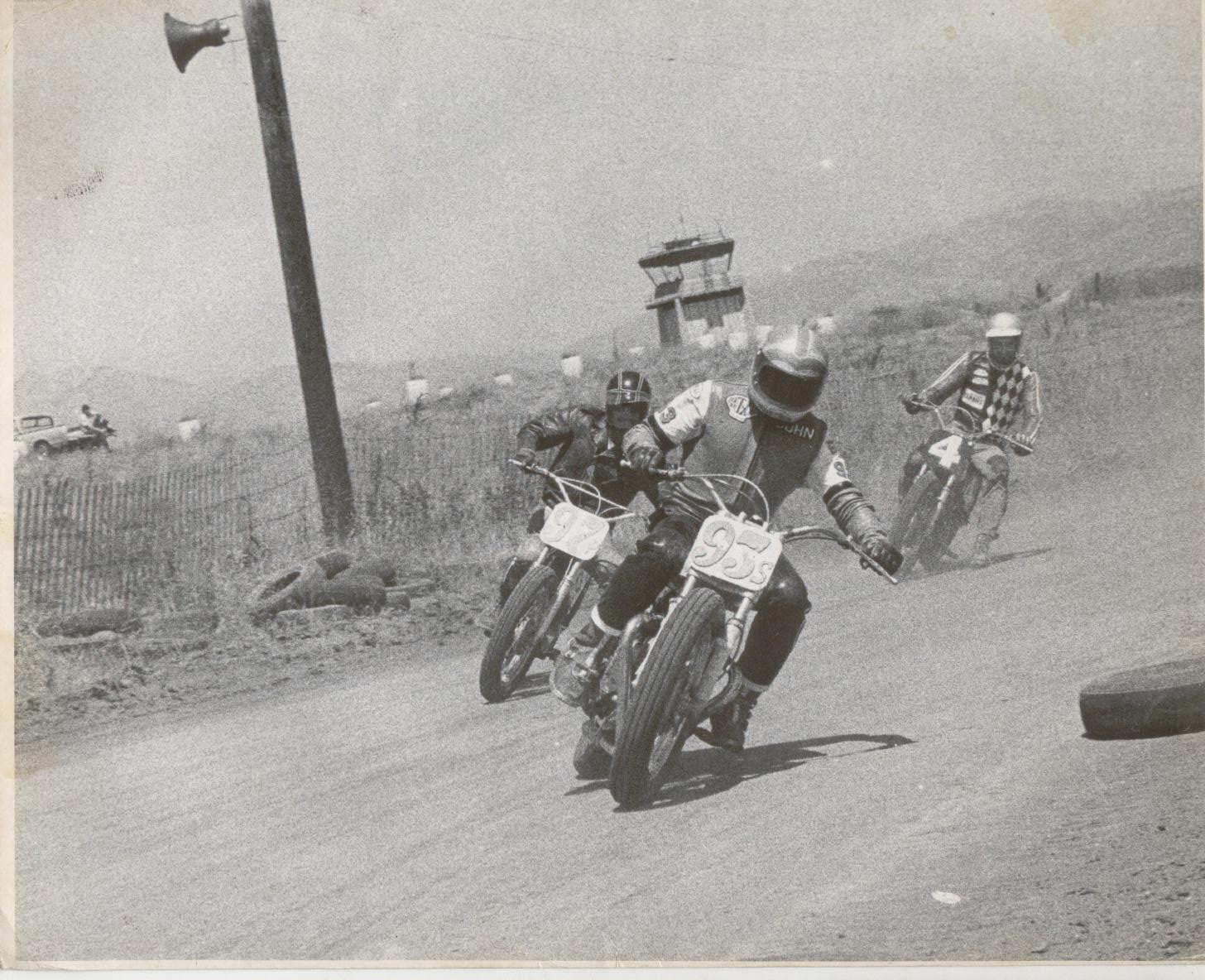 There’s something about classic flat tracker motorcycles that makes me deeply happy, the chap in this photograph in the lead is wearing the coolest boots, jacket and helmet I’ve seen in a long while. If you have any more information about this shot, let us all know in the comments below.


Published by Ben Branch - March 24th 2012
Related Posts
Williams: The Legendary Story Of Frank Williams And His F1 Team In Their Own Words

Williams: The Legendary Story Of Frank Williams And His F1 Team In Their Own Words is a must-read book about one of the…

This design brief was written by JT Nesbitt of Curtiss Motorcycles, the lead engineer behind the Curtiss One motorcycle shown here. When possible we…

This post was written by Tamara Raye Wilson. When possible we like to bring you the story of a custom motorcycle in the…