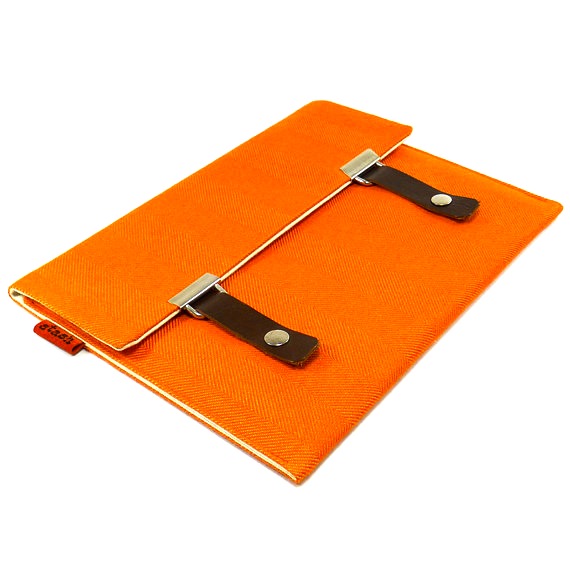 Usually I’m very careful about bold colours, however, I’ve learned the hard way to use brighter colours when it comes to wallets, laptop bags and iPhone/iPad cases. It makes them a lot harder to lose or leave on the backseat of a cab. Trust me on that.

This well designed iPad (1,2 and 3) case is made from orange cotton with a herringbone weave, it has a water-proof canvas liner and leather straps with stainless steel studs.

All Stash cases are handmade and this particular model costs a reasonable $75, click here to check it out. 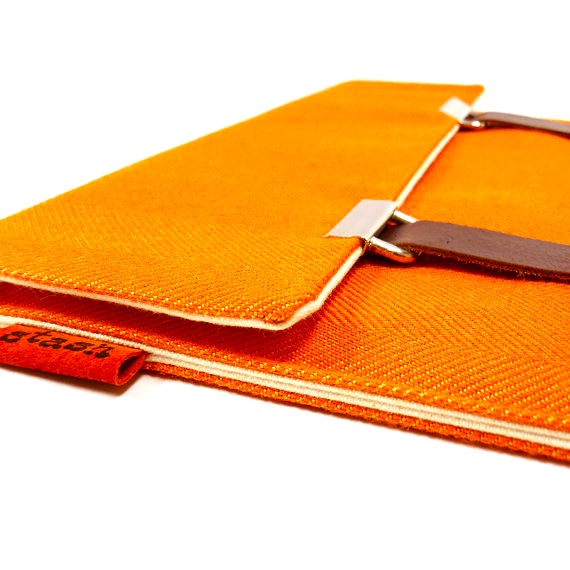