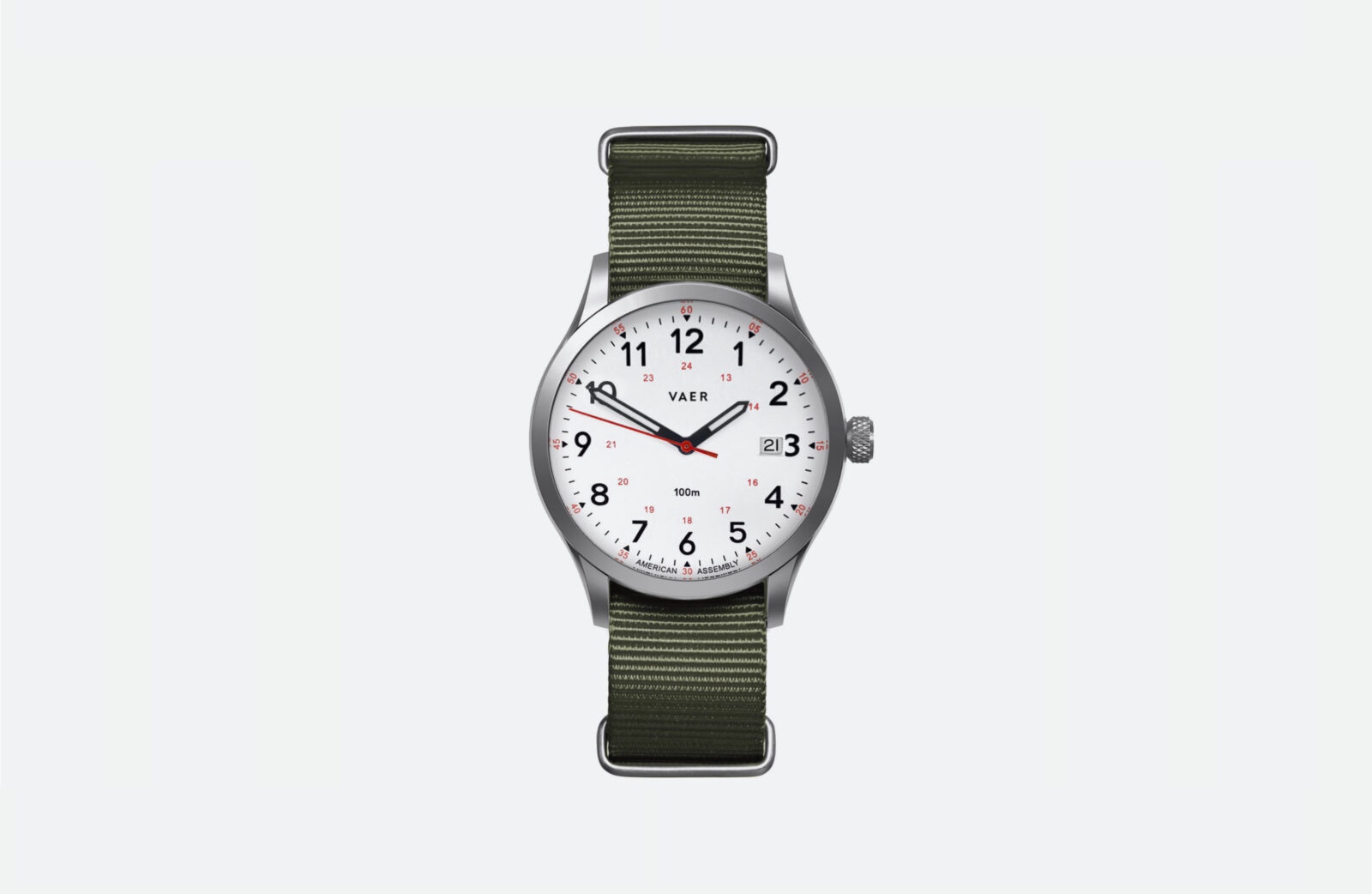 VAER Watches was founded by Ryan Torres and Reagan Cook in the USA to build watches that could be worn anywhere – from the office to the Ozarks and everywhere in between.

The company assembles all of their watches in the United States using Swiss Quartz movements to ensure both excellent reliability and an affordable MSRP.

The VAER Field Watch features a 40mm 316L stainless steel case with a scratch-resistant sapphire crystal and two straps – a traditional Horween leather strap and a rugged nylon NATO strap for outdoor use.

The watch is powered by a dependable, battery operated Swiss Quartz Ronda 763 movement, it has an hour, minute, and second hand, as well as a date window. It has a screw down crown, quickly interchangeable straps, and it measures in at 9.44 mm thick with a 20 mm strap.

The dial is inspired by standard issue military watches of the 1940s with dial has markings for both 12 hour and 24 hour timekeeping, as well as minute marks and lume on the hour and minute hands.

The Field Watch is water resistant to 10 ATM, that’s 100 metres or 328 feet, and it comes with a 2 year limited warranty that covers against manufacturing and movement defects.

With a price point of just $169.98 USD, the watch offers excellent value to those who need a watch that can do everything, or a watch they can wear when they don’t want to risk their more expensive timepieces. 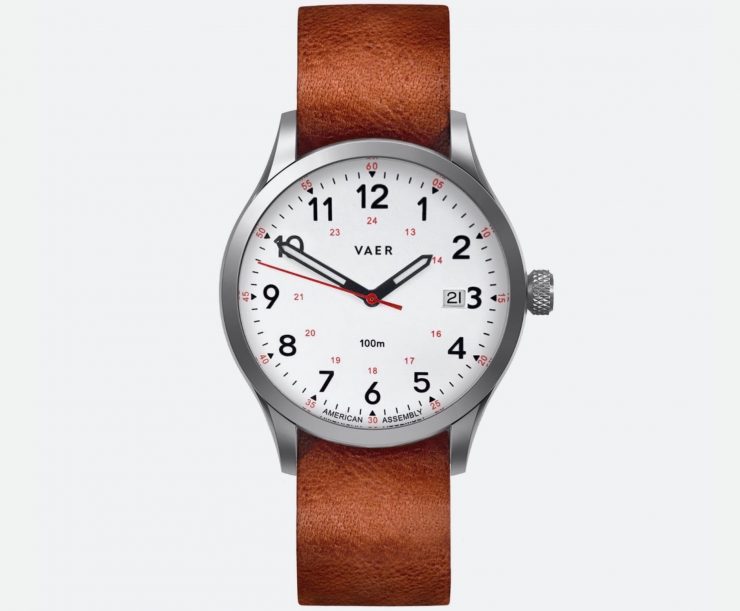