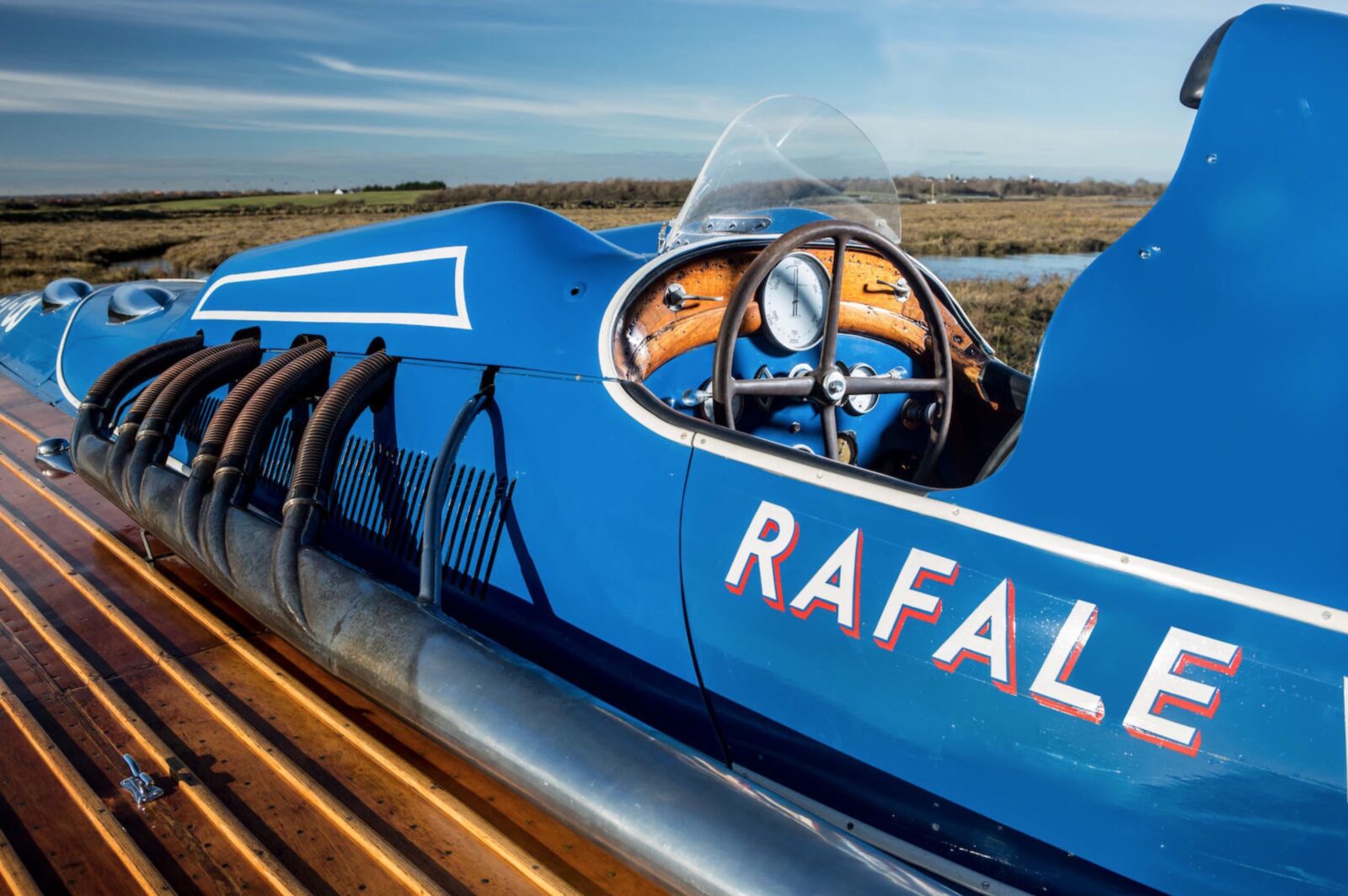 The idea of taking an aircraft engine capable of over 1000 hp and bolting it into the front of a hydroplane is clearly insane. But in the interwar years in Europe, the battles taking place on the water to set new records and win races had very few restrictions – particularly in the aptly named “Unlimited Class”.

The Hispano-Suiza 12Y was developed from its inception as an aero engine for the French Air Force, first appearing in 1932. Its design called for two cast aluminum cylinder banks angled at 60 degrees, with bevel gear driven single overhead cams per bank, and non-removeable heads.

The 12Y has twin valves per cylinder, directly driven by the cam, and unlike its predecessor the 12X, the 12Y used a master-articulated connecting rod system, rather than the fork-and-blade type. 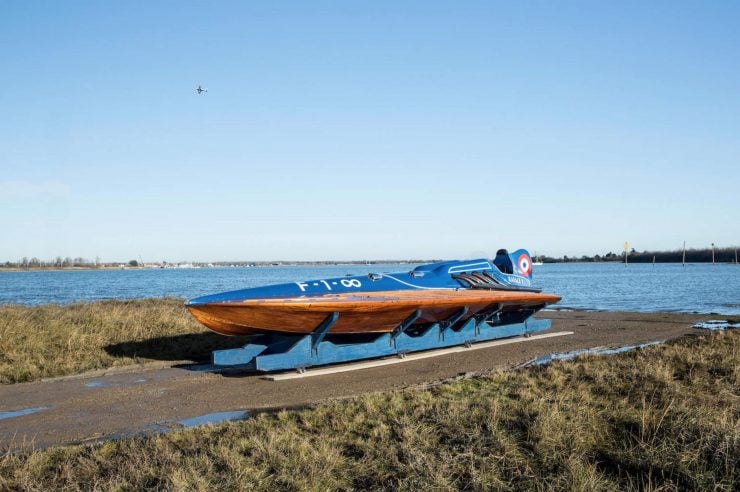 When it was first introduced, the Hispano-Suiza 12Y V12 was capable of 760 hp, but it was clear from the outset that it was capable of 1000 hp or more – and development proceeded at a rapid pace in the lead up to WWII.

On its release, the entire French aircraft industry moved to centre around the new Hispano-Suiza. It would be fitted to the Morane-Saulnier M.S.406 and Dewoitine D.520 and a slew of other aircraft.

The Soviets produced the engine under license as the Klimov M-100, the Czechoslovakians as the Avia HS 12Ydrs and the Swiss as the HS-77. The act by the Swiss of taking a design from the French and producing it themselves was the possibly the highest single act of flattery that the world has ever seen. 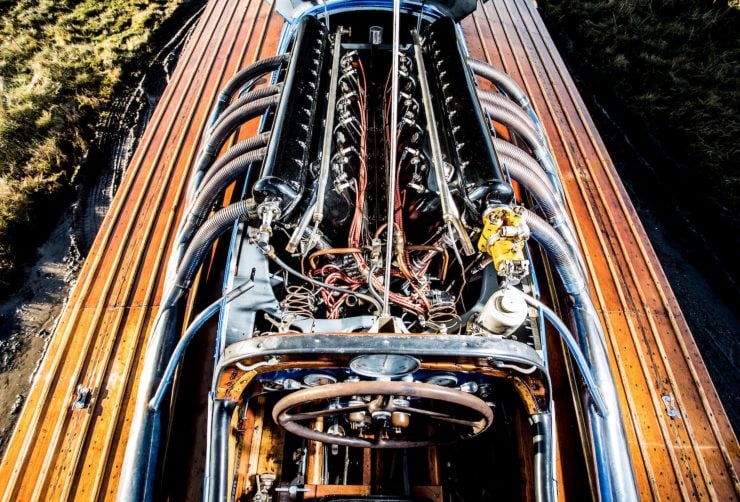 It took the peculiar genius of Emile Picquerez to choose the Hispano-Suiza 12Y V12 as the power unit for a racing boat. It had never been done before, and it was the leading aircraft engine in France at the time, so someone would likely have tried it (before the Germans rudely navigated their way across the Maginot Line), but Picquerez was the first.

Renowned powerboat historian Gérald Guétat described the motivation and beginnings of the boat in his 1997 book, Classic Speedboats 1916-1939:

“Classic Speedboats 1916-1939′ (Bay View Books, 1997) power-boat historian Gérald Guétat described how: “In France, the Tecalemit company was a major supplier of equipment for cars and aircraft. It was directed by Emile Picquerez, a great yachting enthusiast who ignored the barriers which normally separated sailing from motor boating.

“He had a large collection of both sailing and motor boats, among them some racing yachts of International class….as well as several large runabouts with two and three cockpits. Come winter or summer, his boats were to be seen at the Côte d’Azur or on the Seine. This businessman was behind a number of highly individual racers which allowed France to retain a presence in the great international classes up until the outbreak of war.”

“Picquerez was the man who ordered the greatest single-engine racer built in France in the ‘unlimited’ class. Boats of this class were the only ones capable of breaking the world water speed record. France had not held the record since 1926 with the Farman hydroglider, and in contemporary times only the English and the Americans had really taken up the challenge…”. 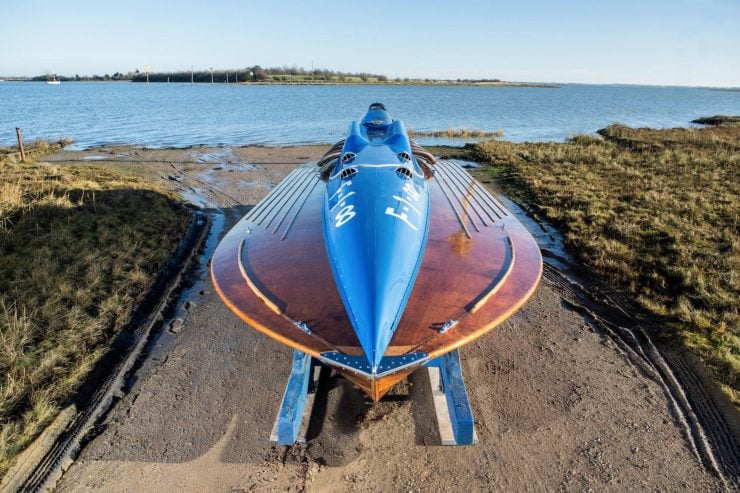 Picquerez would christen his new boat the “Aurora” after his beautiful Argentinian wife. It was handbuilt by the Chauvière boatyard at Vitry-sur-Seine with a strong double-diagonal mahogany planked hull using thousands of countersunk copper rivets.

Far from being just a financier, Picquerez personally piloted Aurora to a win in the President of the Republic’s prize at the Cannes Semaine Nautique, averaging 90.34 km/h over the 12 km course, and vanquishing rival Vasseur’s ‘Yzmona V’.

Aurora would continue competing both with Picquerez and in the hands of its next owner – Commodore Gerard. In the years since she’s been beautifully cared for, and still featuring her original hull and engine, the latter of which has been successfully run in the past few years.

If you’d like to read more about the boat or register to bid you can click here to visit the listing. 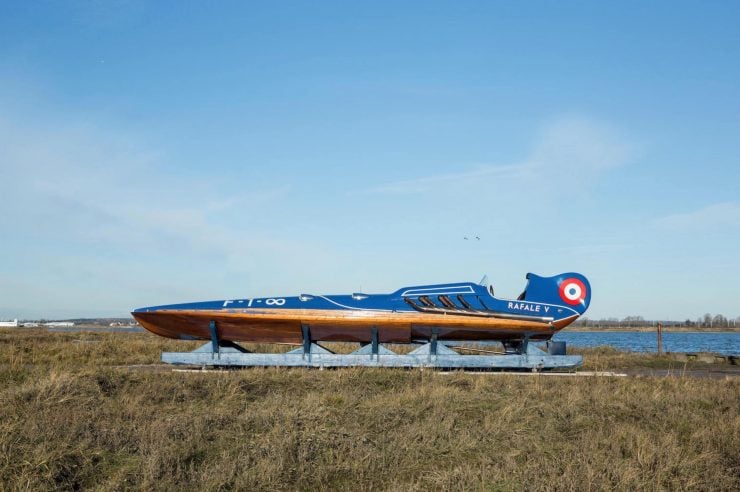 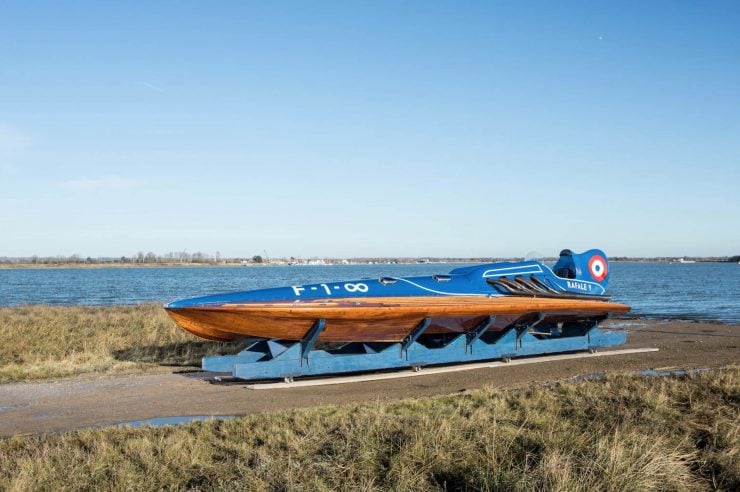 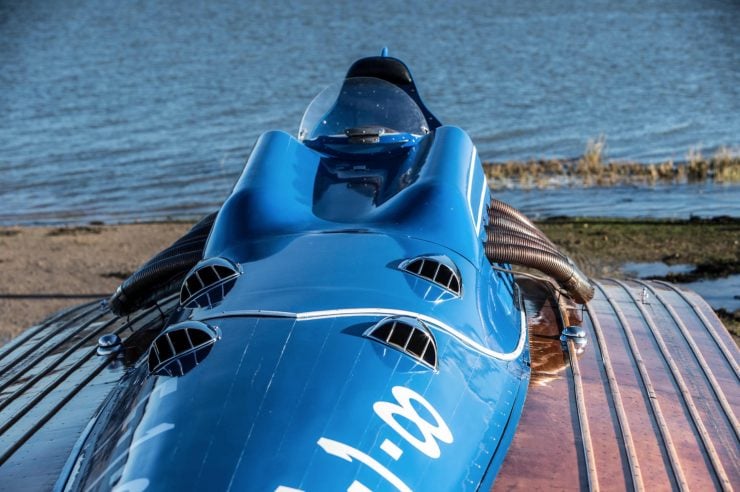 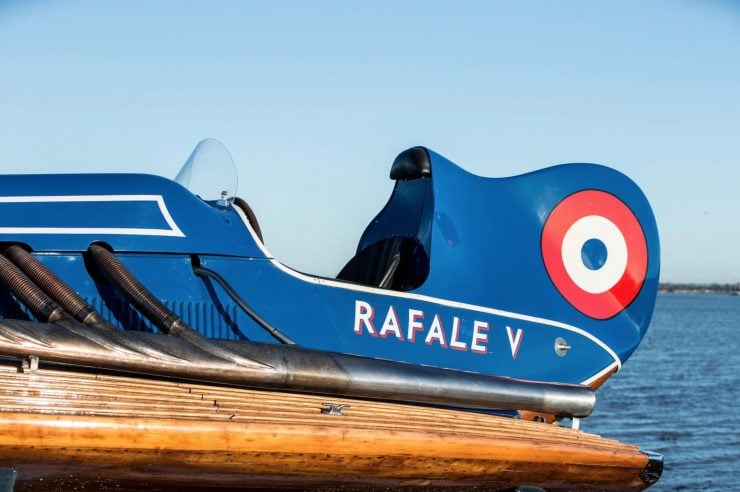 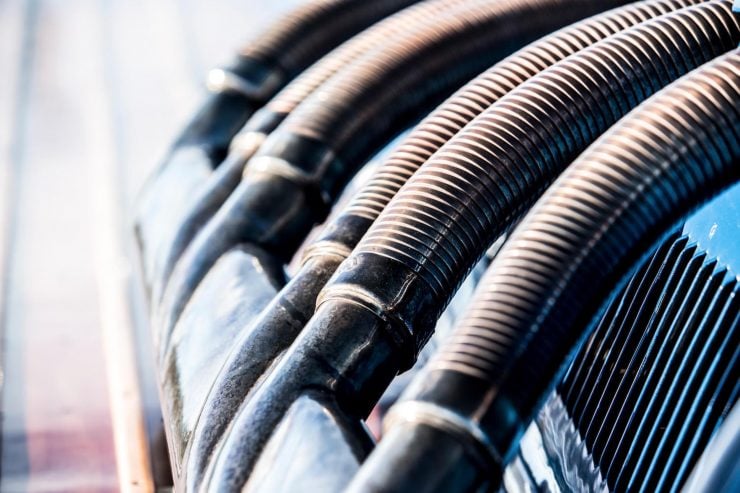 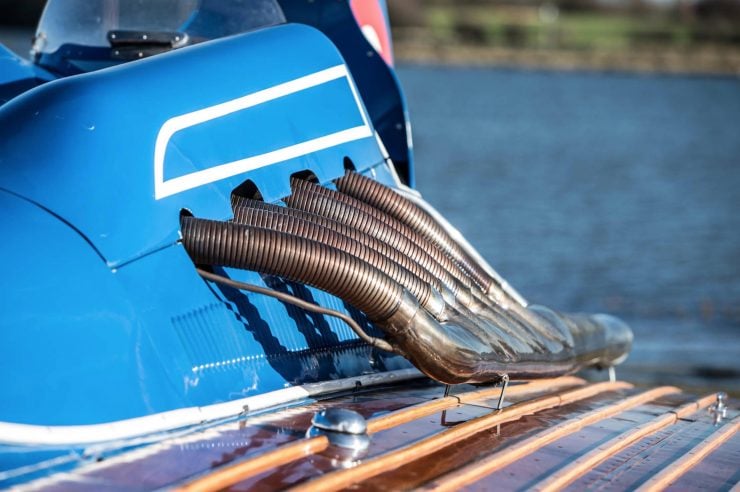 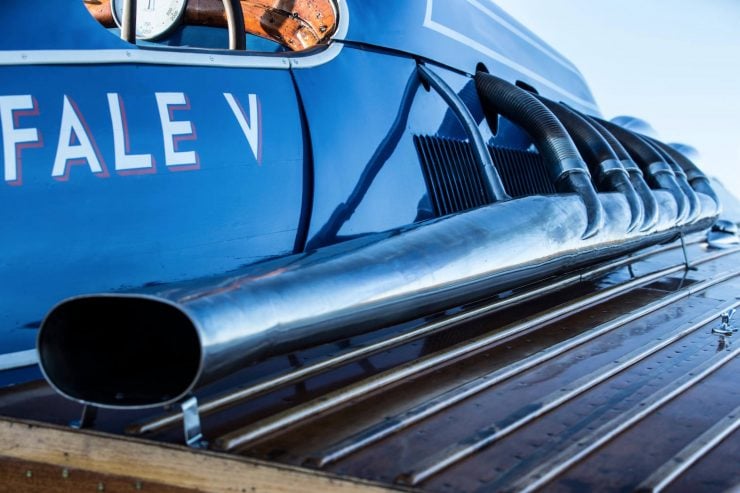 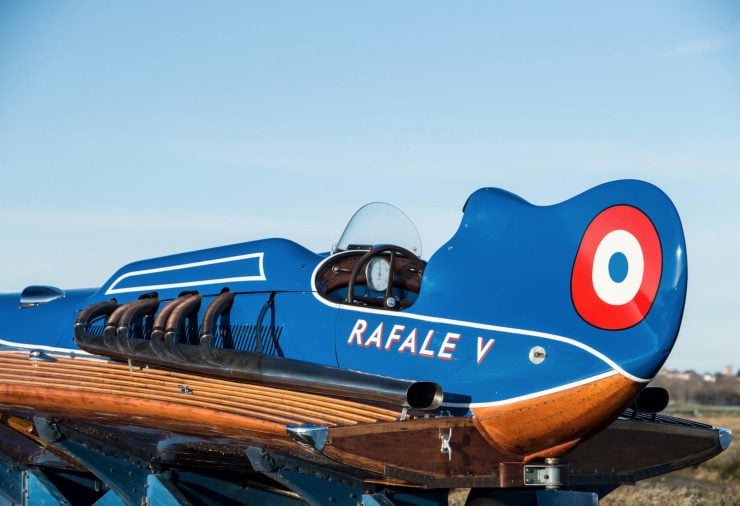 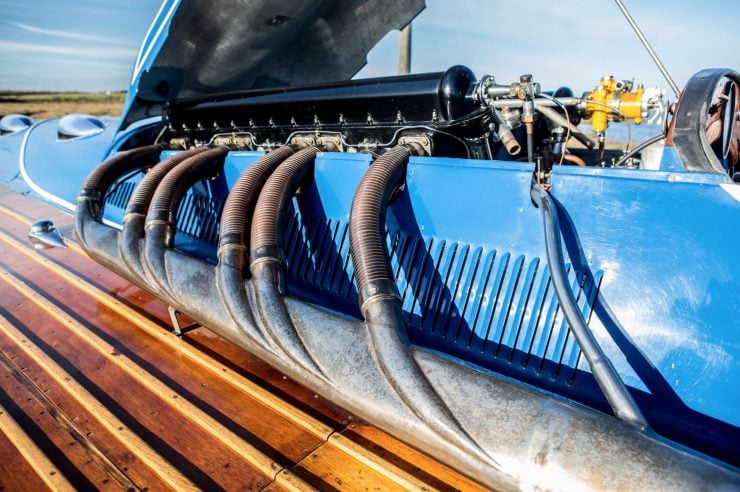 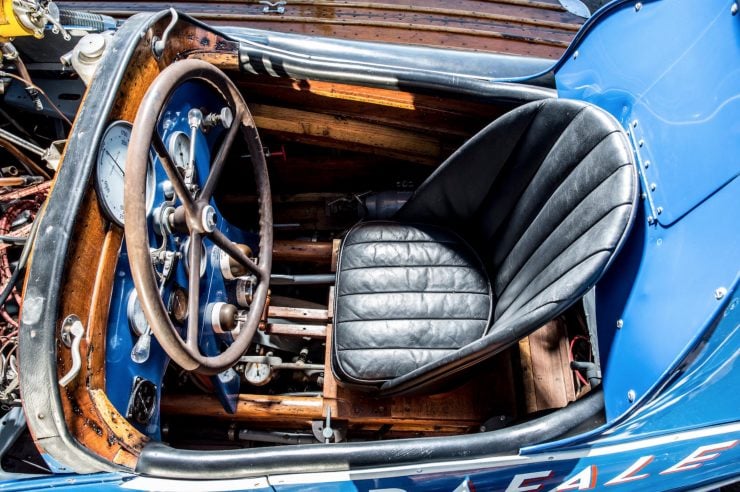 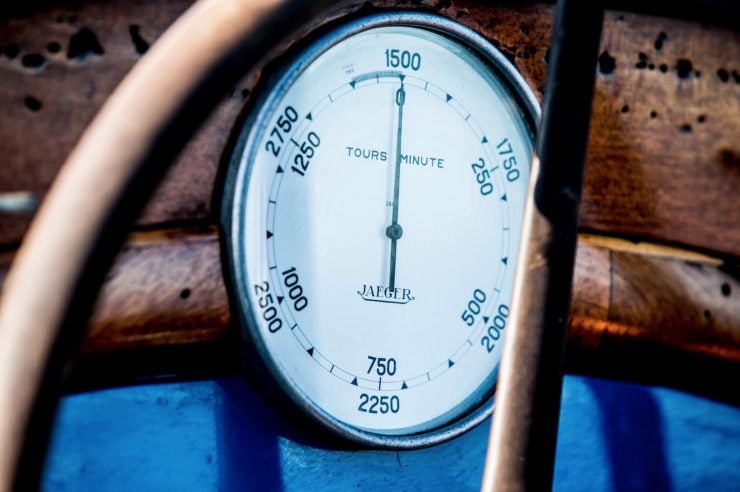 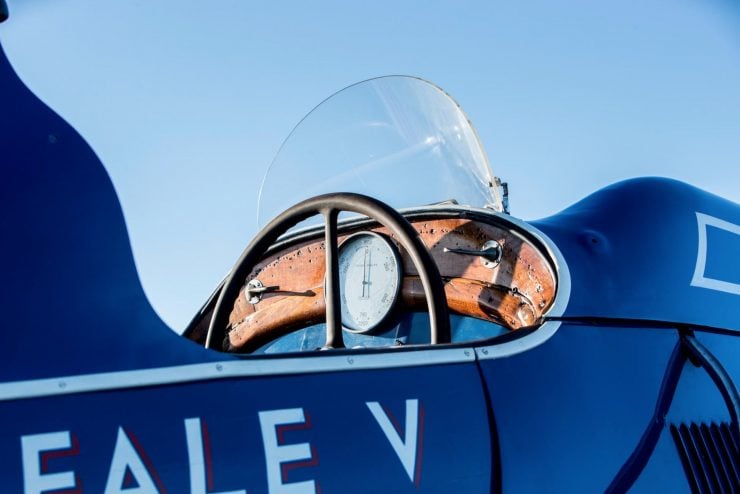 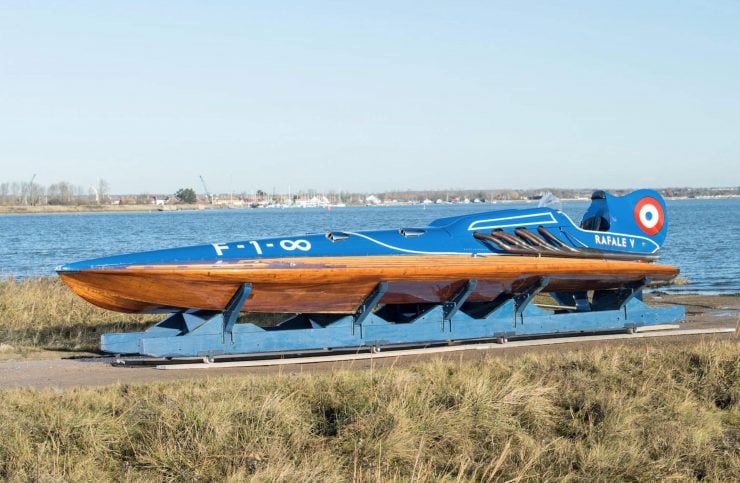