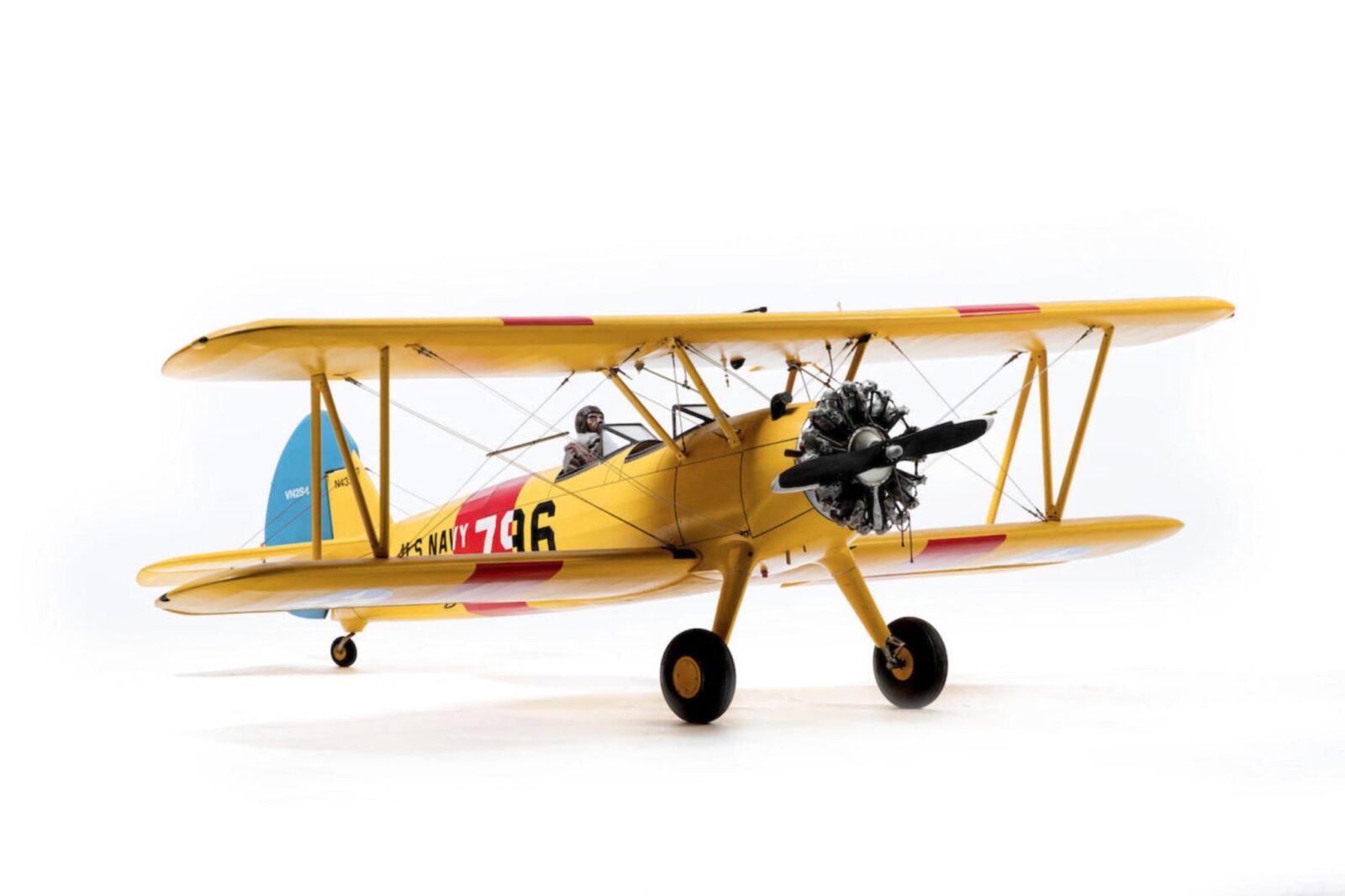 The Boeing PT-17 Stearman started production in 1934, over 10,000 were made in the lead up to WWII and the majority of American and Canadian pilots did some or all of their early flight training in one. The large radial engine was uncowled on most PT-17s but some owners choose to add a cowling after taking delivery. The tandem two-seat configuration was ideal for student pilots and their instructors, and after the war many were converted for crop dusting work.

This 1:5 scale model has a wingspan of 180cm (5’11”) and a length of 136cm (4’5″), making it a little larger than the models you might normally place on your desk. Its detailing is fantastic throughout, and it looks like it just needs its propeller spun to start it up and take to the skies. 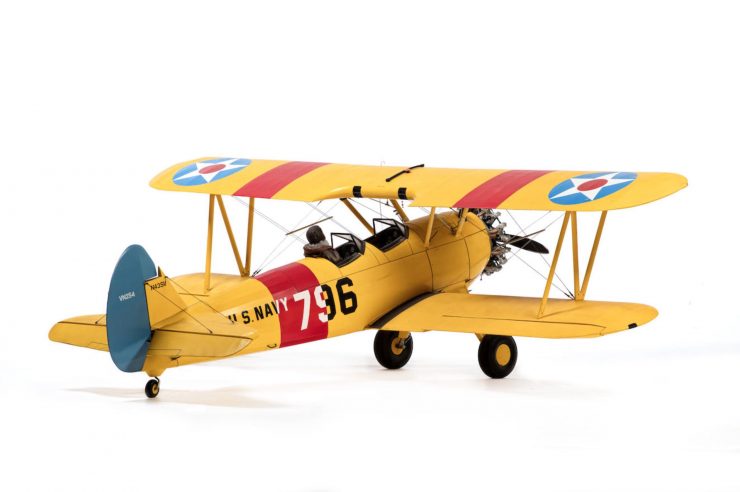 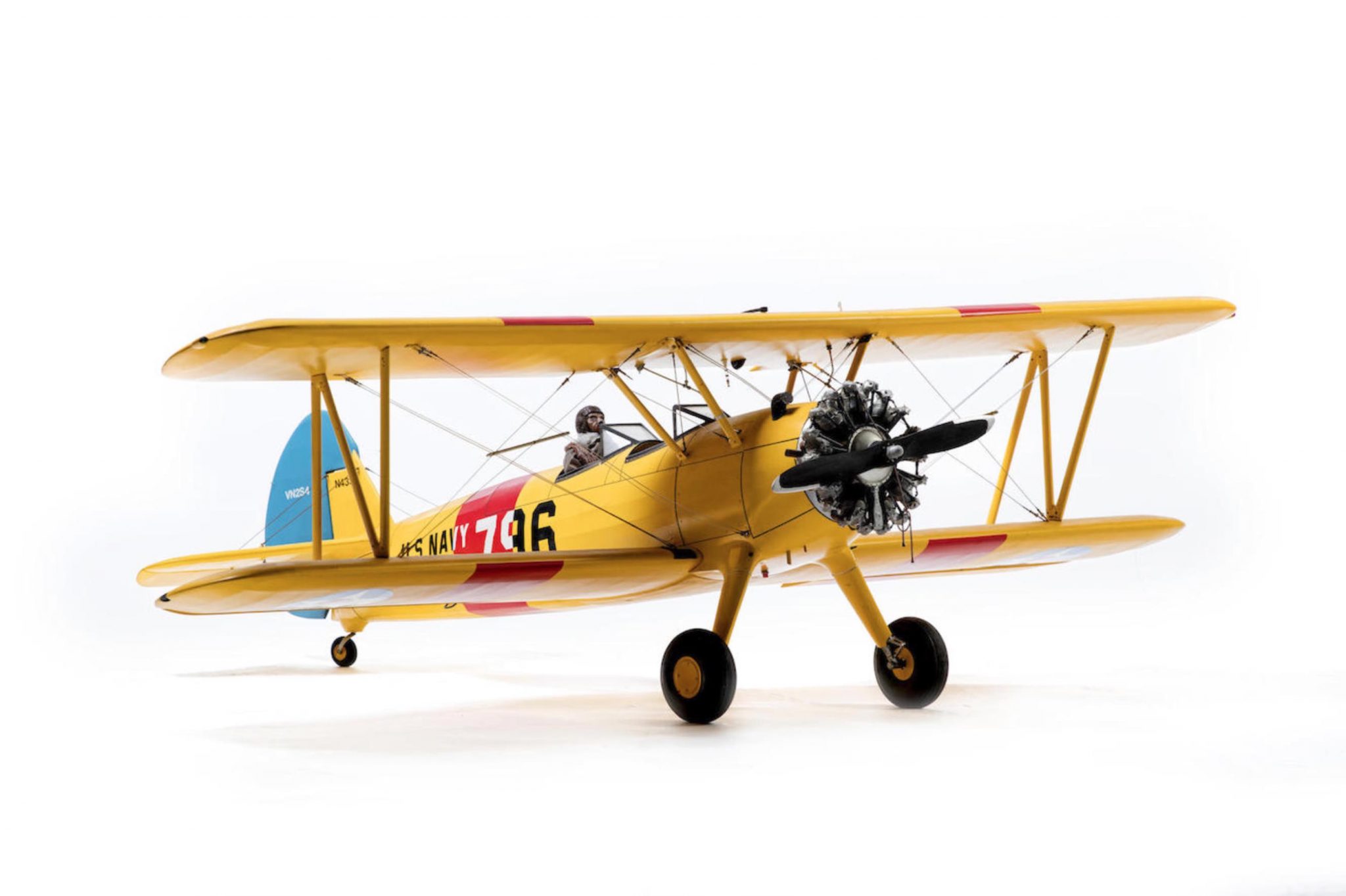