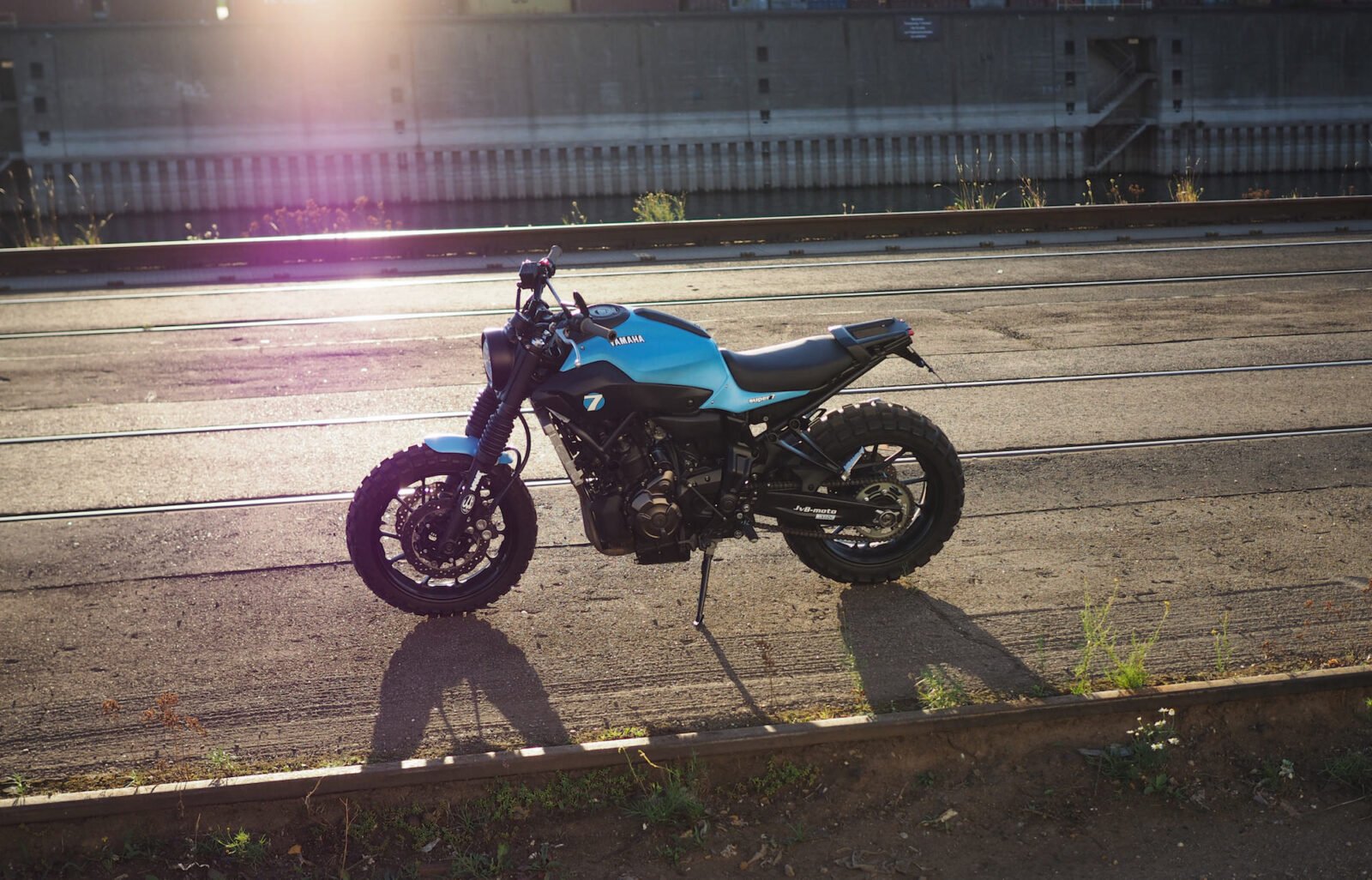 The Yamaha MT-07 (known as the FZ-07 in North America) was released in 2015 along with its larger engined sibling the MT-09. The MT-07 has a lightweight parallel twin with a swept capacity of 689cc, 74 hp at 9000 rpm, a lightweight tubular backbone semi-trellis frame, a monoshock rear, and traditional telescopic forks up front.

The entire package weighs in at 164 kgs (362 lbs) dry and 181 kgs (398 lbs) wet, and it’s been almost universally well-received – with 5 star reviews across the board and the only major problem being that the brakes sometimes struggle to keep up with the feisty 270° crossplane twin.

The customised Yamaha MT-07 you see here is the work of Jens vom Brauck of JvB-moto, he developed it carefully to be a build achievable by a regular motorcyclist in their home garage using hand tools and a series of parts he developed in collaboration with German Yamaha specialist KEDO.

Due to its low kerb weight and torquey parallel twin, the Yamaha MT-07 lends itself well to scrambler conversion – so that’s the direction Jens decided to take it. His version has a new single seat, a small rear pannier rack, fork gaiters, braced handlebars, and a set of chunky Continental TKC 80 tires front and back measuring in at 120/70 and 180/55 respectively.

Jens says that the completed bike is perfect for fire roads, gravel trails and beaches, with the TKC tires performing surprisingly well on the road thanks to the modern rubber compounds used – although they obviously won’t last as long as a pair of normal road tires.

The team at JvB-moto are currently hard at work with the guys at KEDO to develop both kits and individual parts for people who want to transform their own MT-07s into bikes with a little more off-road capability. If you’d like to see their current offerings or see their other builds you can click here to visit the official website. 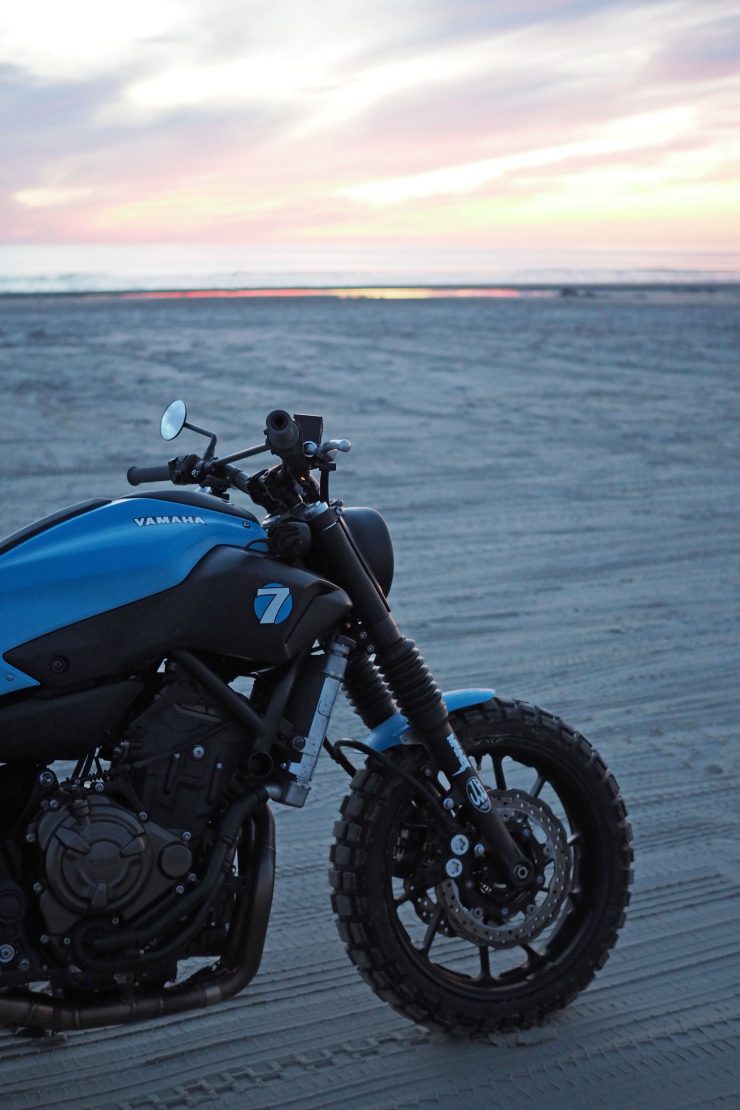 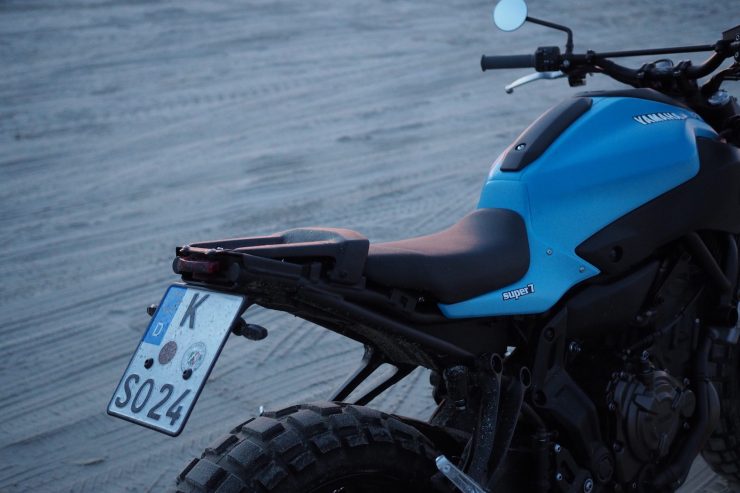 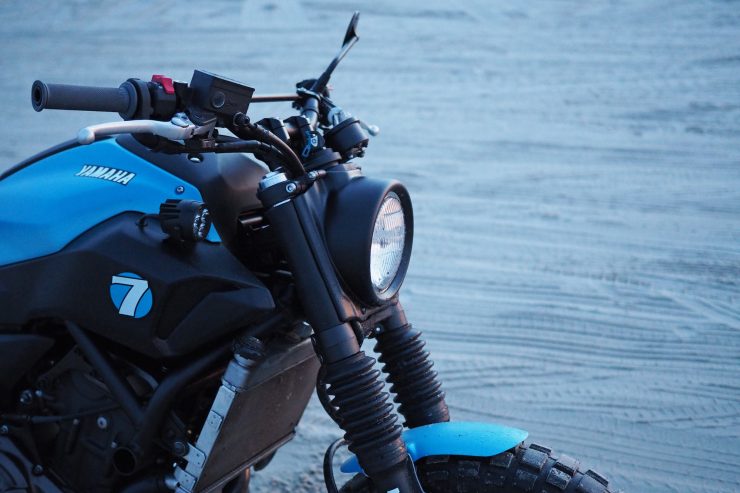 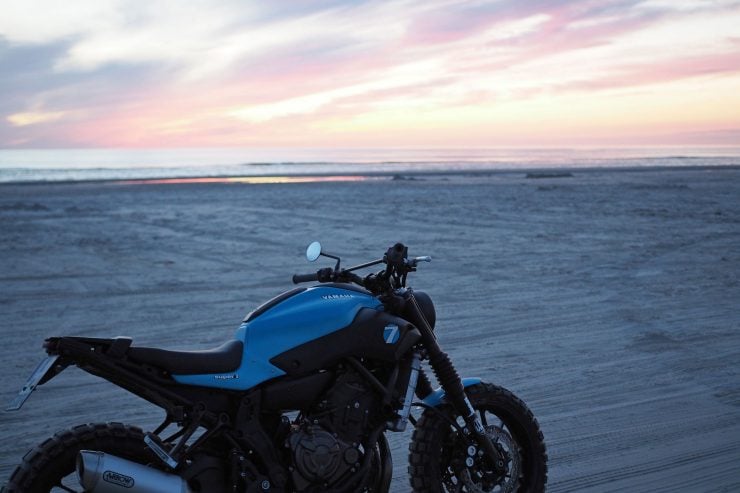 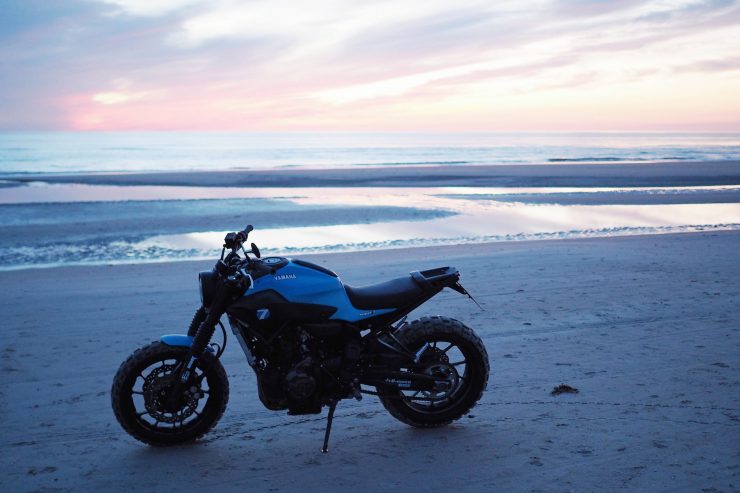 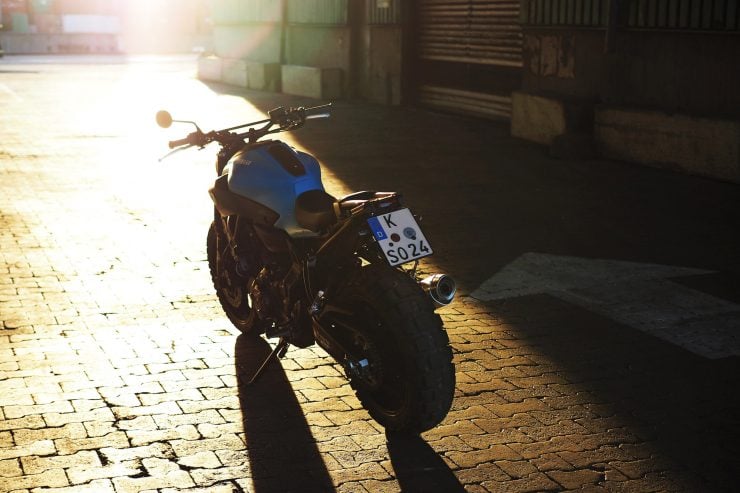 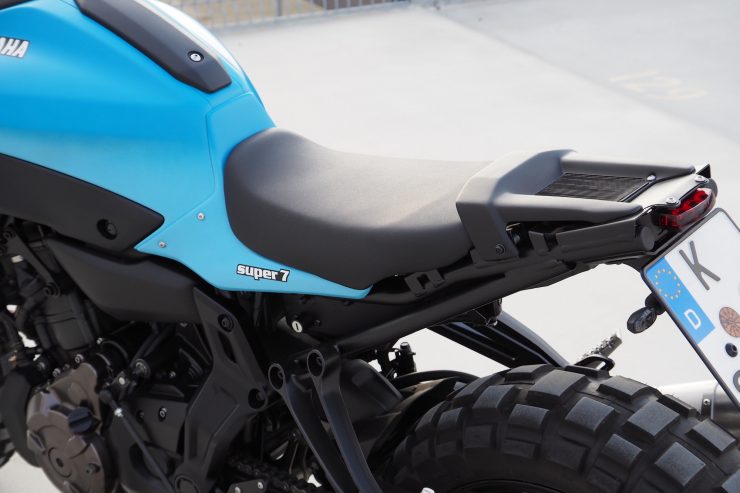 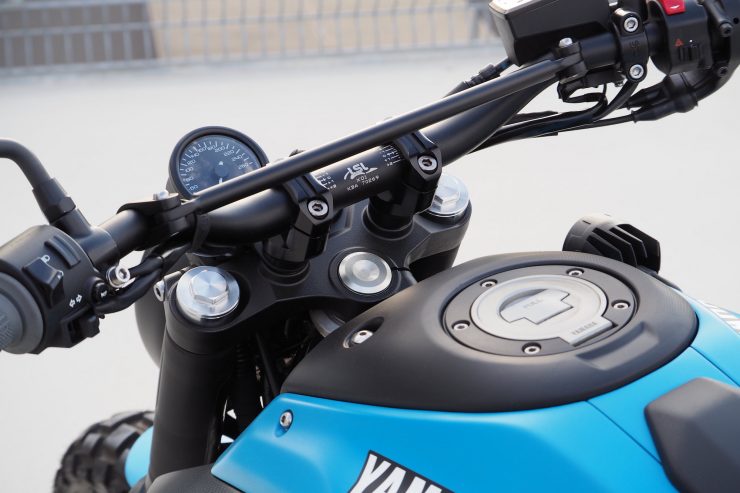 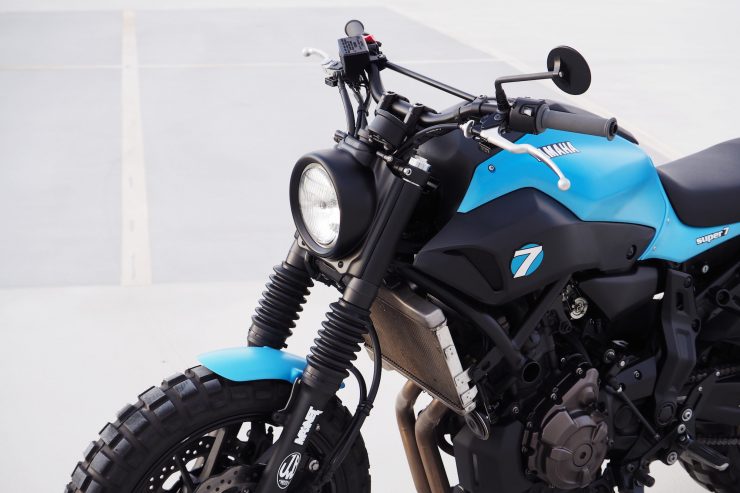 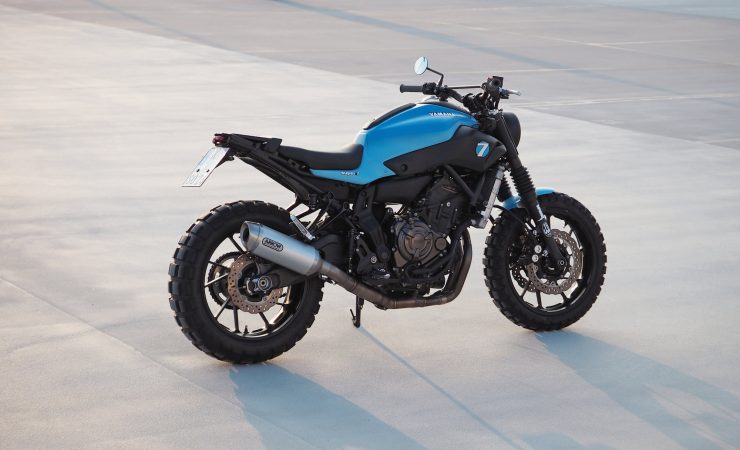 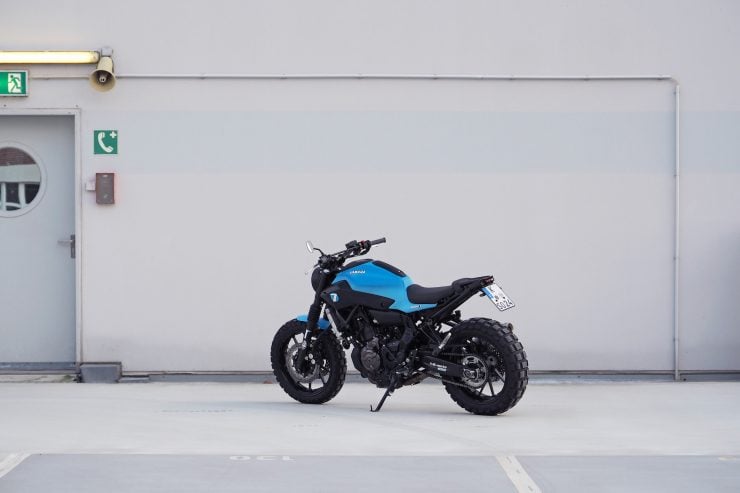 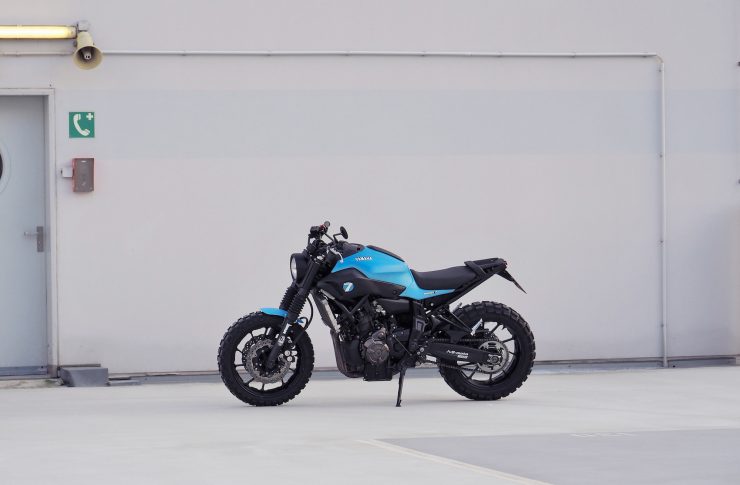 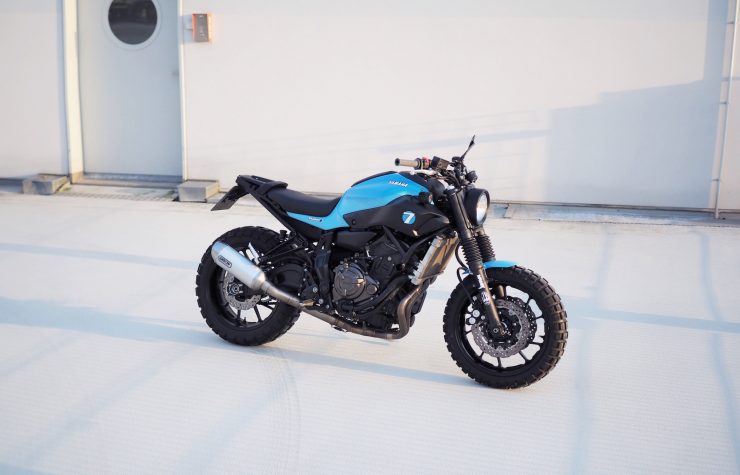 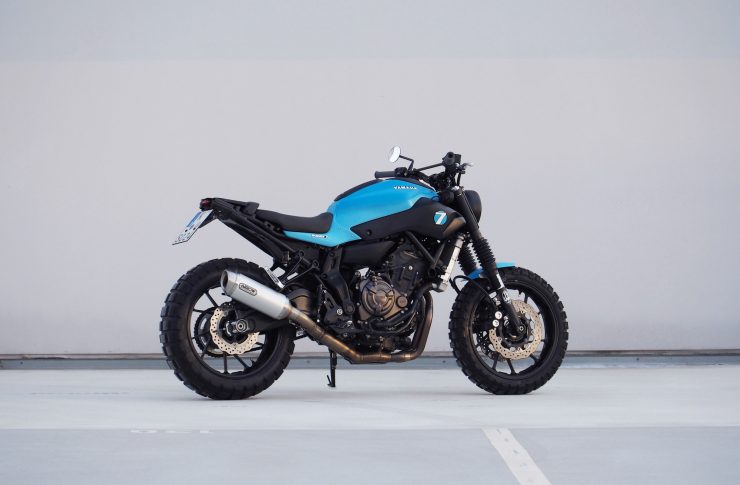 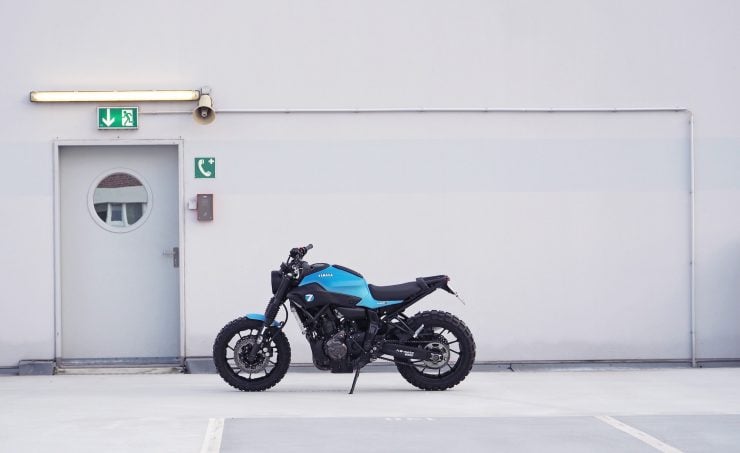 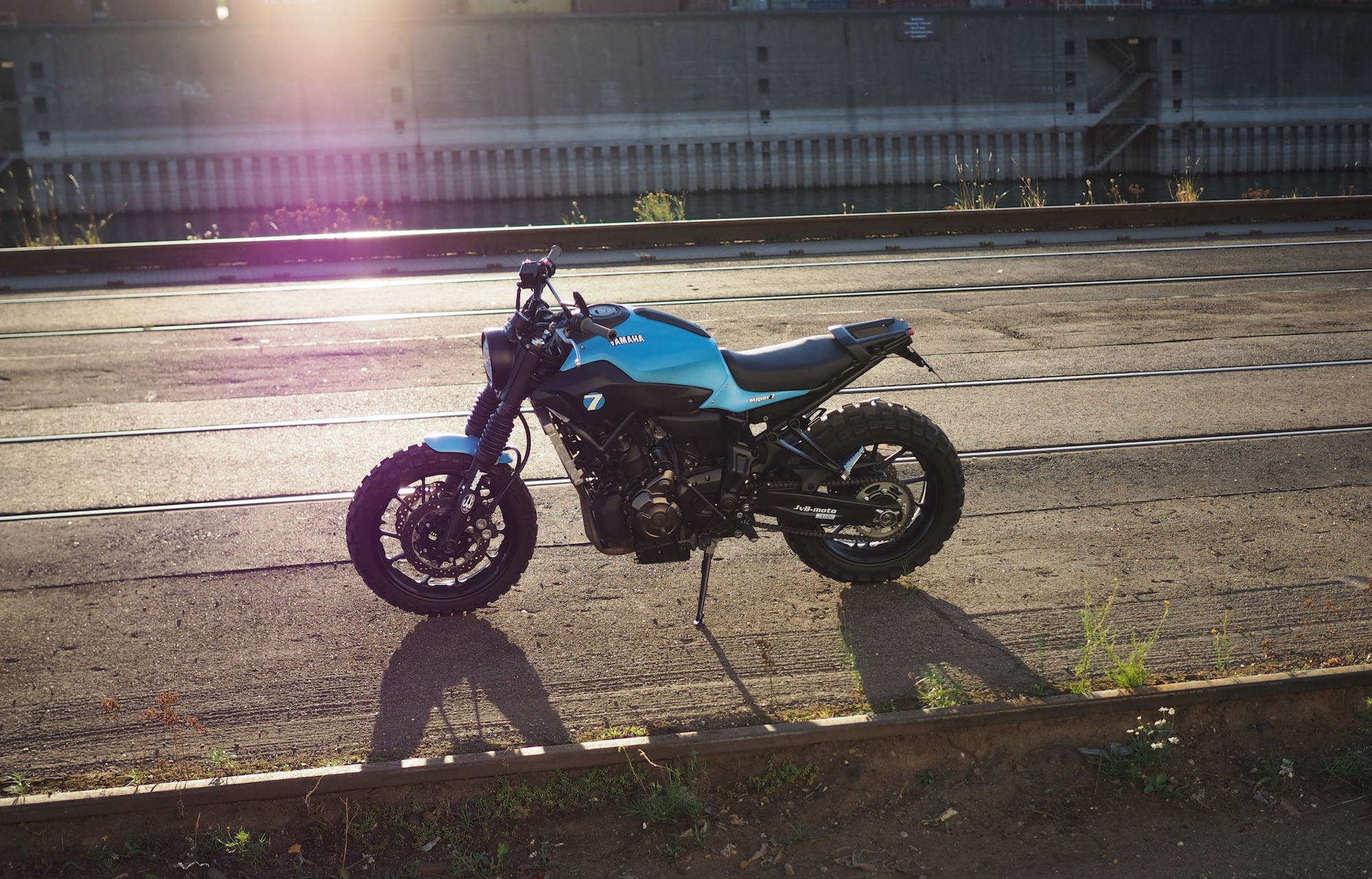