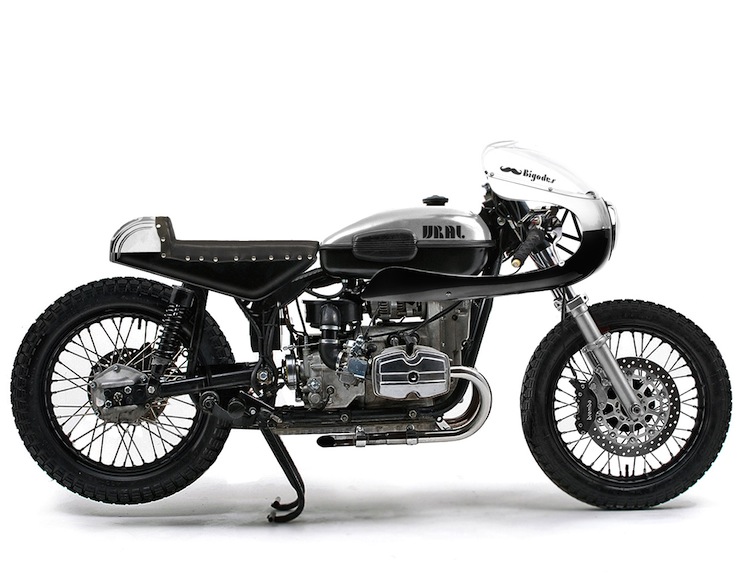 This incredible Ural Racer is a creation from the mind of Joao Alves, it’s based on a stock 2013 Ural Solo sT but I think you’ll agree, the finished bike looks like a totally new creature. Joao has given the Ural Racer a beautiful mid-70s fairing, a studded cafe racer seat, a 2-into-2 chopped exhaust, a set of clip-on handlebars and an entirely new personality.

You may be disappointed to learn that this motorcycle only exists as a .ps Photoshop file, if you scroll down you’ll see the process that Joao used to create the retrotastic Russian racer. We can only hope that some enterprising bike builder finds this digital custom appealing and actually builds it, or something similar, because I for one would love to take it for a spin around St Petersburg in the summer.

If you’re interested in picking yourself up a Ural Solo sT you can grab one in the USA for $7,999 USD, they’re exceedingly reliable bikes and they come fitted with Brembo brakes, Marzocchi suspension, a bullet-proof, boxer twin engine and enough attitude to stare down a winter on the eastern front.

For those who’d like to spend some time being shown the sites and sounds of Barecelona, Joao Alves collaborates with Ride Bright Side, a company that has several classic sidecar equipped Urals and does tours of the city – if you’d like to check it out hit the link here. 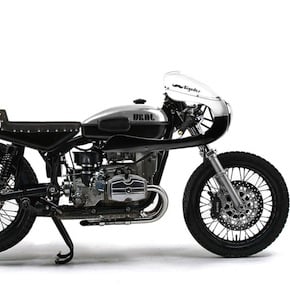