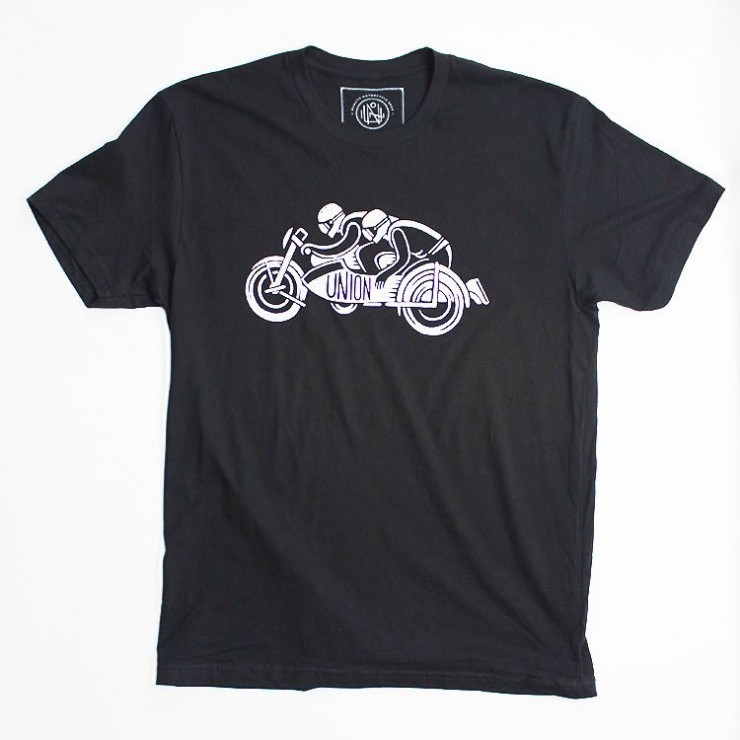 This Sidecar Tee from Union Garage was designed by up-and-coming designer Denton Watts, each shirt is handmade using a traditional linocut technique in Brooklyn on Next Level brand, soft cotton t-shirts.

If you like to support Americans artists making clothing the old fashioned way you can click here to visit the Union Garage shop and take a closer look at the Sidecar Tee. 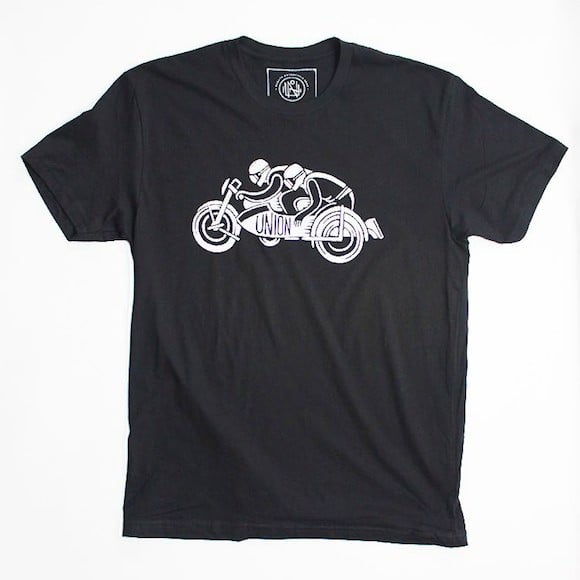