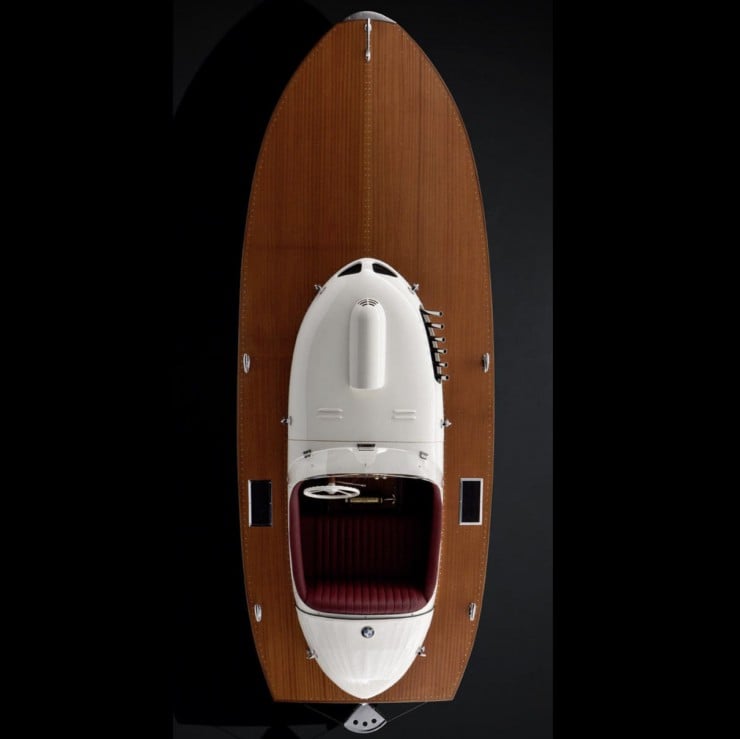 The wooden speedboats of the early and mid-20th century are amongst the most beautiful manmade objects ever to roll down a boat ramp. We’ve talked about the Baby Bootlegger before which is a boat that I’ve sworn to myself that I’ll build one day, we’ve also written about the Riva Aquariva and the Hacker Craft Runabout – sadly and somewhat surprisingly there aren’t nearly as many people building and restoring these old runabouts as there are working on cars and motorcycles from the same era, this means that they’re quite rare although they do seem to be enjoying a burgeoning renaissance at the moment.

The boat you see here is the 1950 Berlin lll E2 Class Racing Sports Boat, it was built by Kurt Hersch – a man responsible for building some of the fastest and most advanced patrol boats in the world during WWII. Kurt set up his boatbuilding company in 1946 and began working on pure speed machines designed to take part in the post-war sportsboat racing scene both in Europe and around the world. 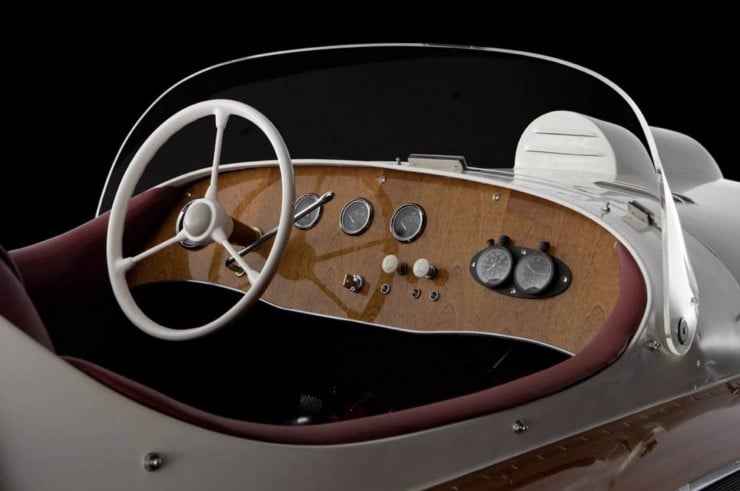 The Berlin lll was built in 1950, it was an all-new design from Max Steaves and was built by Bootsbau Gersch for the racing driver Jürgen Baginski. The hull is laminated timber over a rigid cedar framework, the two-seat cockpit is surrounded with a curved acrylic screen and has a left-hand side steering wheel to suit German drivers.

The engine is a marinised-BMW Veritas double overhead camshaft alloy engine with 6 cylinders and a 1998cc displacement producing approximately 100bhp. Originally a BMW 321 unit, it’s been rebuilt to 328 specifications with triple carburettors and a no-nonsense straight through exhaust. 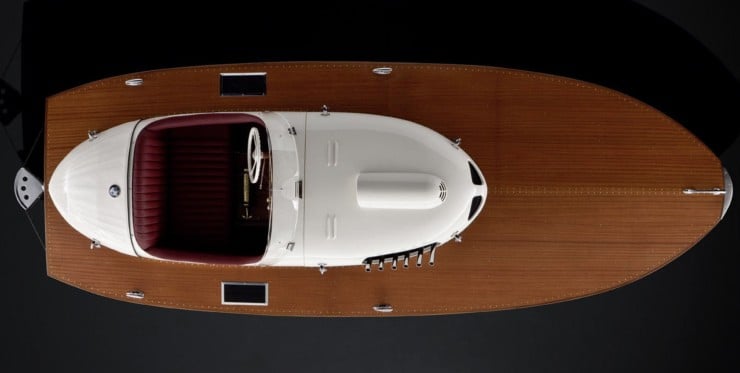 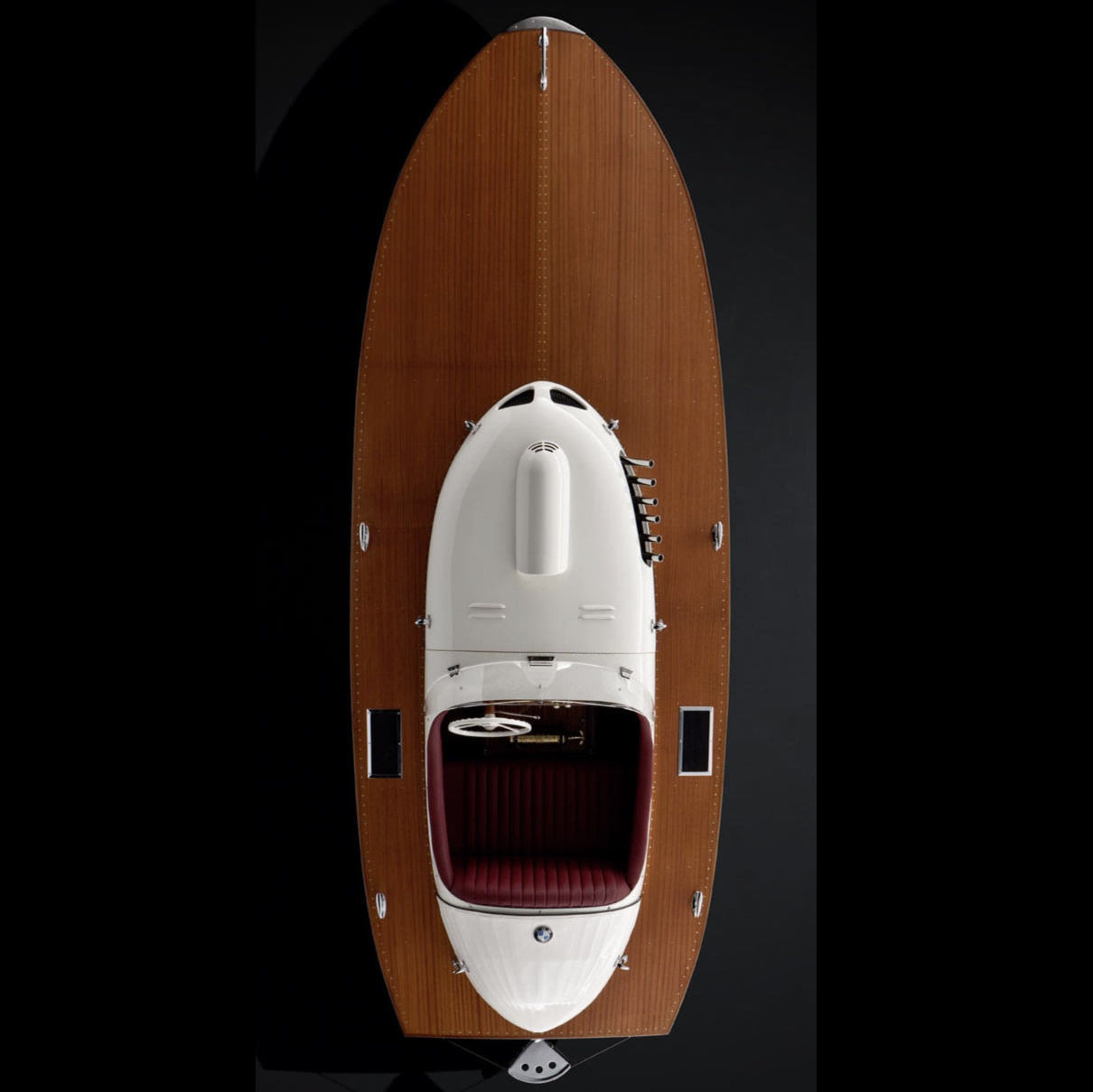