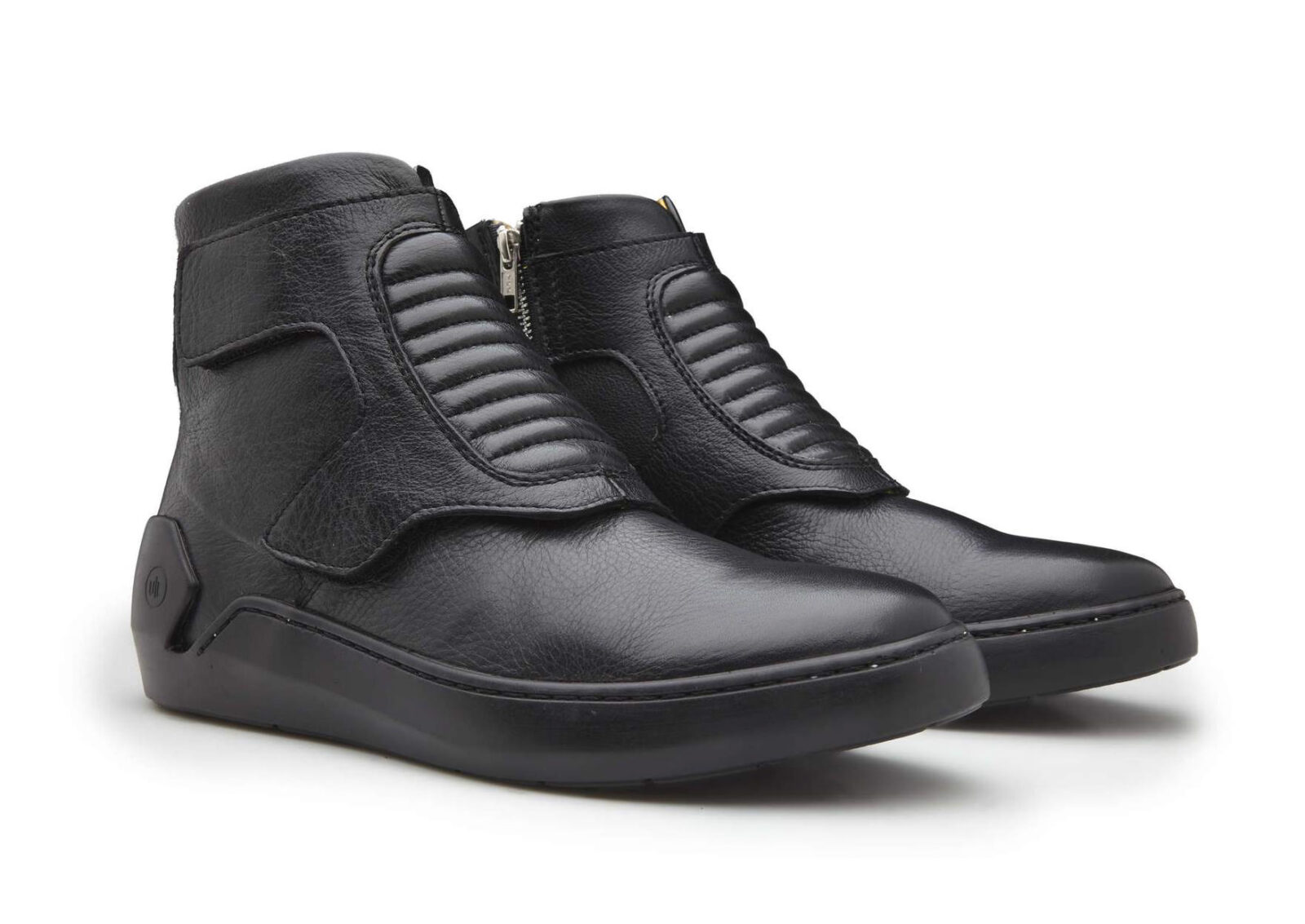 These are the Vowles motorcycle sneakers by Umberto Luce, they’re designed for urban motorcycle use so they offer a balance between comfort and a combination of protective elements to help keep your feet safe.

The team at Umberto Luce developed the Vowless sneakers specifically for motorcycle use, they hid the front opening behind a leather cover and integrated D3O® armour, and they fitted a frontal impact toe cap.

The boots were designed to be worn on your motorcycle during your morning commute, then walked in all day long, and then ridden home at the end of the day. As a result they have a comfortable full grain vegetable tanned leather upper, a wear-resistant anti-slip sole, and a comfortable latex footbed.

The boots are designed to be laceless to reduce the chance of laces getting caught in chains and on pegs, the front flap is adjustable and fastened with twin velcro strips. Entry to the boot is through the ankle zipper on the inner side of the boot – this makes it fast and easy to get the boots and on off without needing to fiddle with laces.

Each pair of Vowles motorcycle sneakers are made to order, they come in sizes from 7 to 12 (USA), and they come in black with a tan interior. 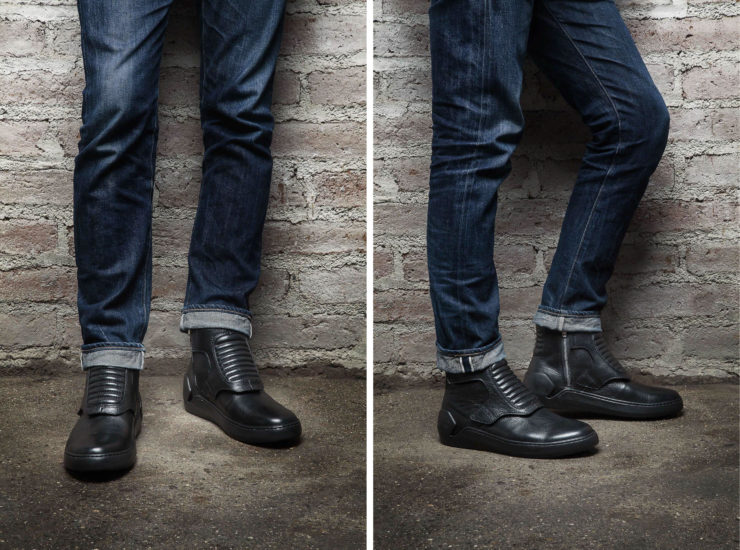 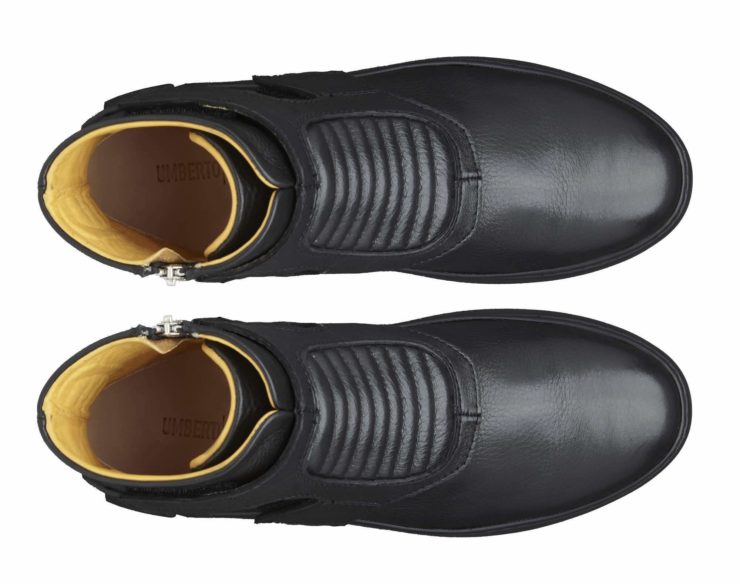 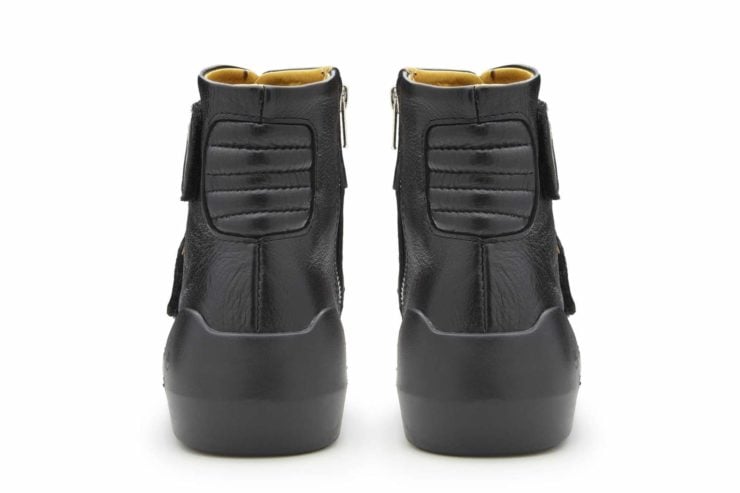