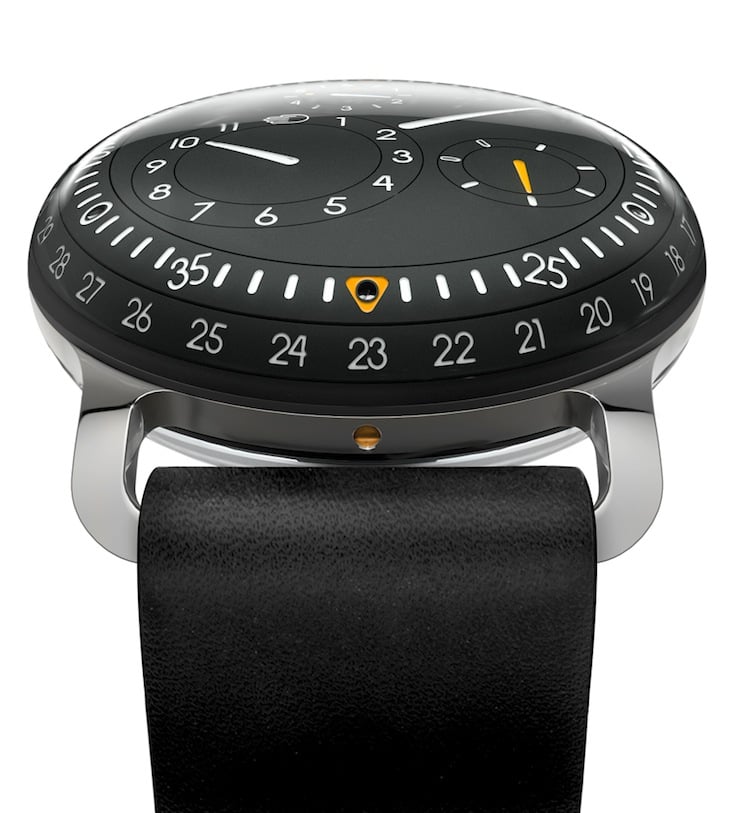 This watch, the new Type 3 by Ressence, has a fluid filled case that significantly reduces light refraction. This gives it the allusion of having a two dimensional face, which is further enhanced by the curved glass and lack of a bezel.

The Type 3 has a 28 gear, 57 jewel mechanical movement which is wound by turning a dial on the case back. The face displays seconds, minutes, hours, days and the date – though it’ll probably take a few days to get used to the way the information is provided. If you’re a fan of unusual timepieces, you might want to take a closer look at this model by Ressence – it’s one of the most eye-catching watches we’ve featured for some time and I can’t imagine you could ever get bored looking at it. 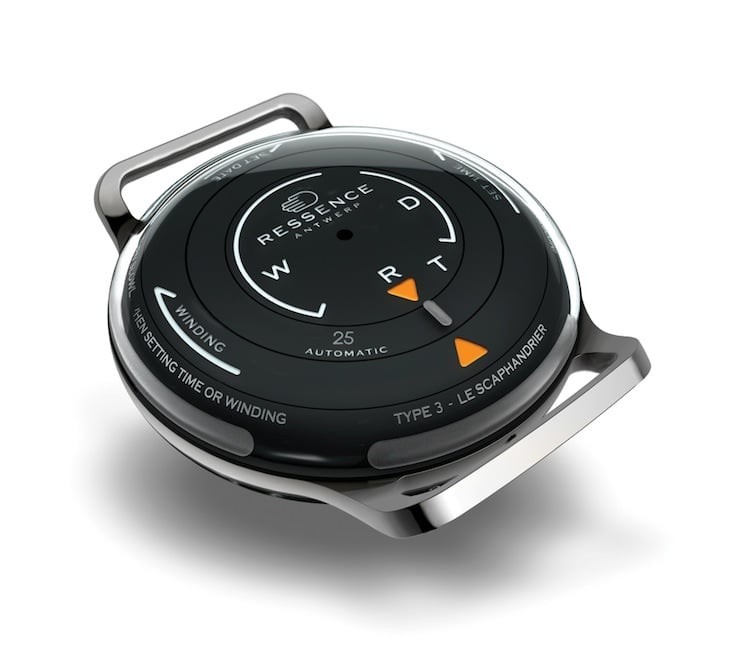 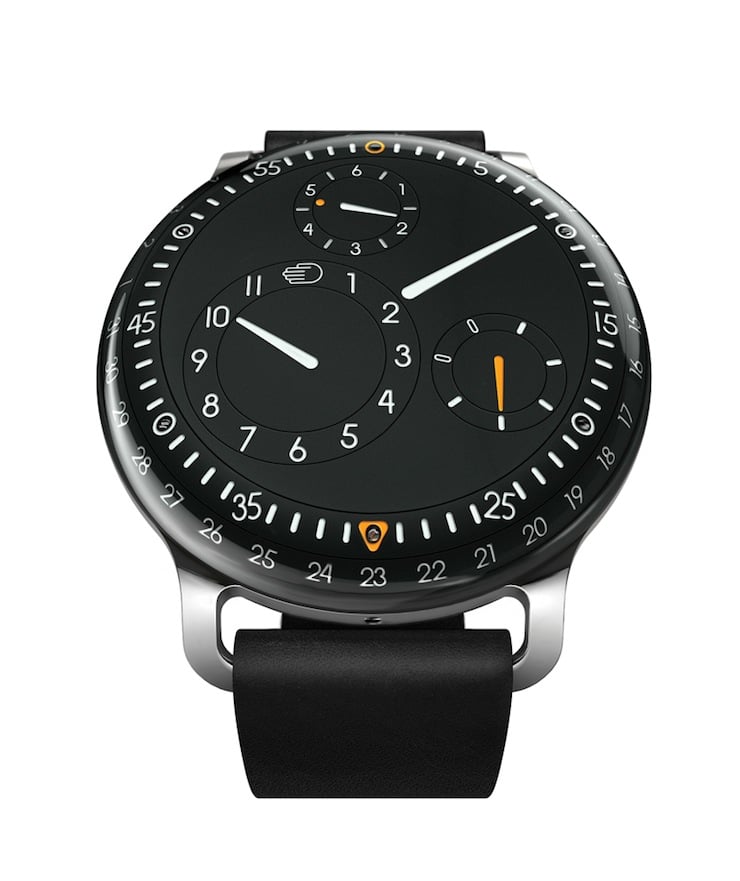 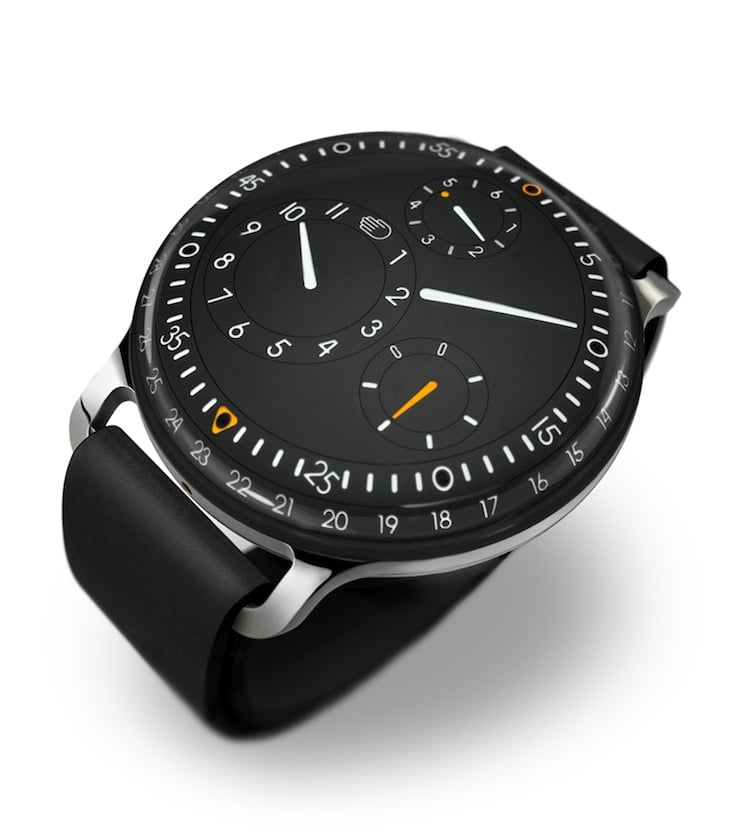