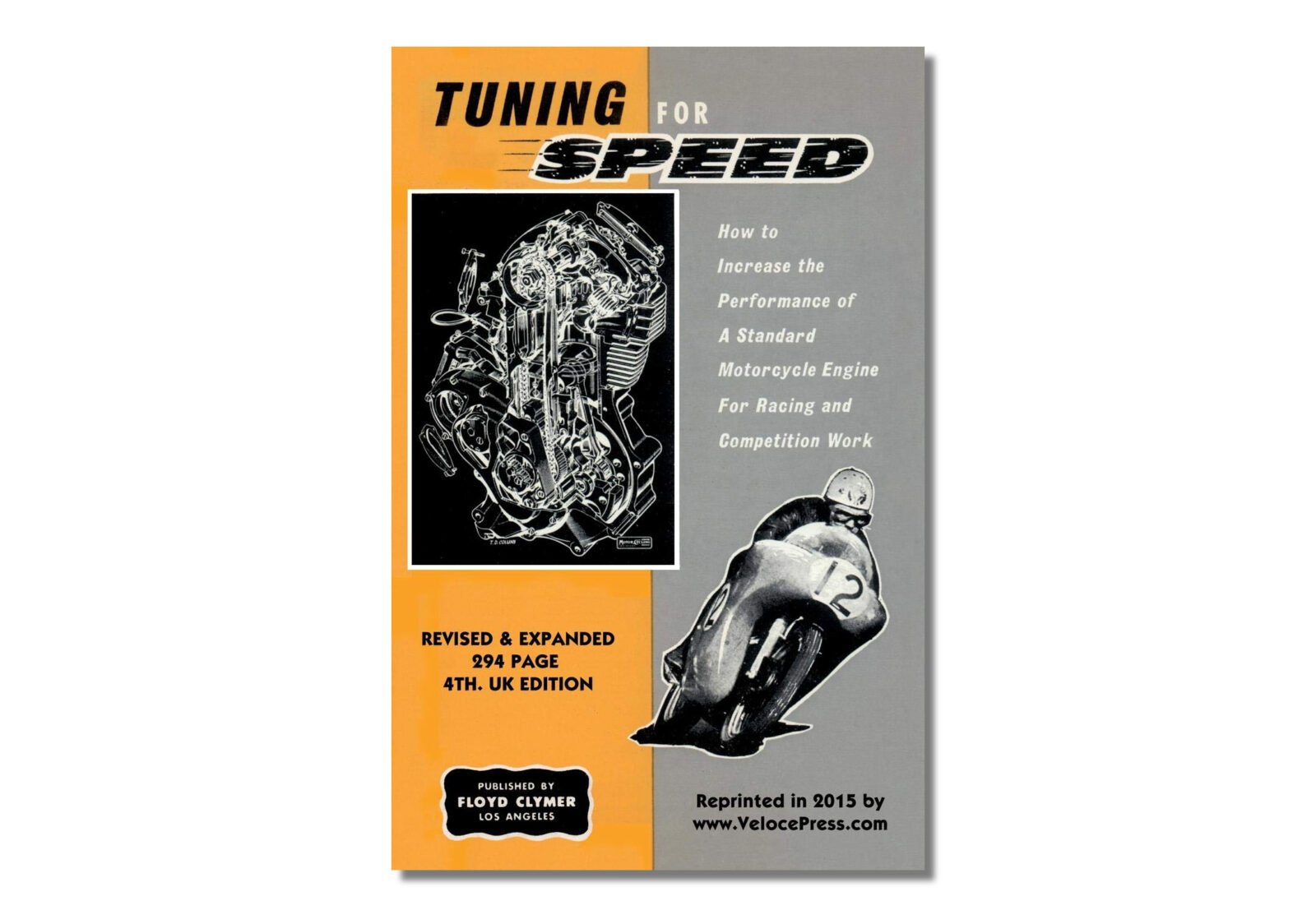 Tuning For Speed is a book by legendary engineer Phil Irving about how to performance tune motorcycle engines, if you recognise the name Phil Irving but can’t quite put your finger on where you know it from we’ve added a quick refresher below.

Over the course of his long and remarkable career Australian Phil Irving engineer would design some truly remarkable engines, the most famous are doubtless the V-twins used in the Vincent Black Shadow and Black Lightning, as well as the Repco-Brabham RB620 V8 F1 engine that propelled fellow Australian Jack Brabham to the 1966 Formula One Constructors’ Championship. 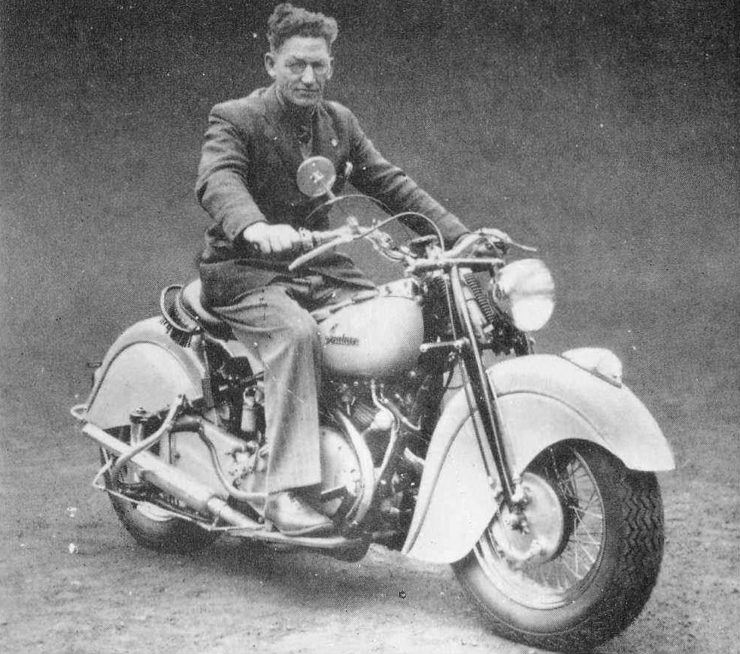 Above Image: Phil Irving sitting on the “Vindian” – a project to fit Vincent V-twins to Indian motorcycles.

Throughout his career Irving worked for storied marques like Velocette and Vincent HRD, he also wrote a popular technical column in Motor Cycling magazine in the 1930s and 1940s under the pseudonym ‘Slide Rule’. Over the course of his life he would pen nine books including Tuning For Speed which was first published in 1948 and is currently in its fourth edition.

The book is considered essential reading for anyone looking to tune their motorcycle engine for more power without compromising reliability, it’s particularly essential for those of us who ride older motorcycles that can require a little more fettling. 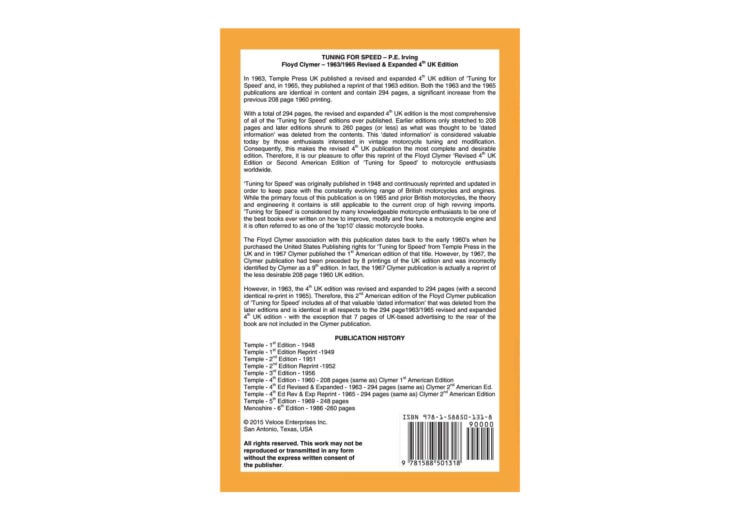