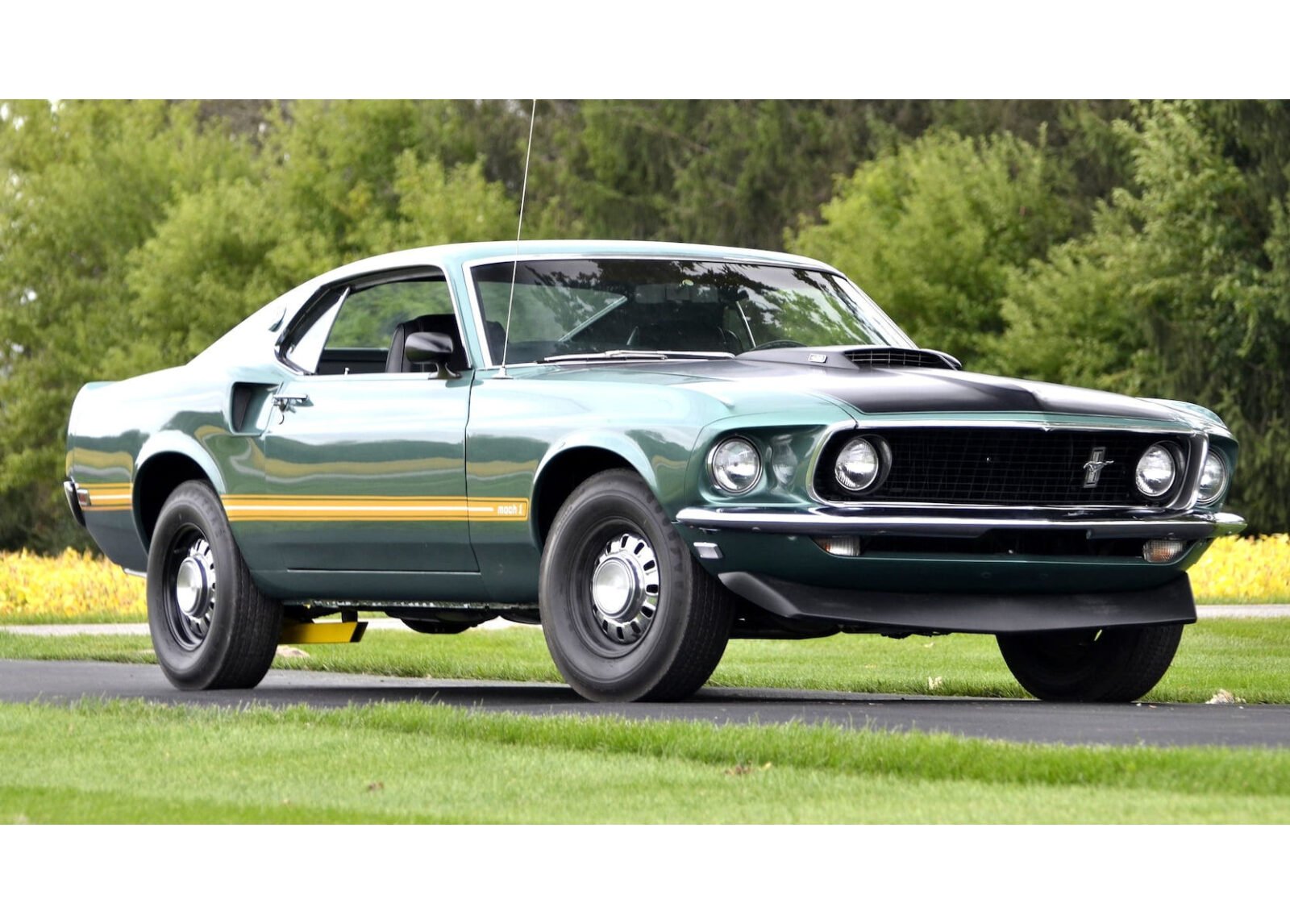 The original Ford Mustang Mach 1 was first released in 1968 as a 1969 model, it would prove instantly successful with 72,458 sales in its first year, versus just 5,396 sales of the Mustang GT.

The reason for the success of the car was likely threefold: the Mustang styling division nailed the car’s looks, with the blacked out hood with twin hood pins and a hood scoop, “Mach 1” decals running down either side of the car, a blacked out front chin spoiler, and rear window louvers (SportSlats).

Secondly they threw the performance parts catalogue at the car, it came with upgraded high-performance suspension front and back, a “Traction Lok” rear axle was optional, as was a four-speed manual transmission, and the big block (428 cu. in.) cars had front shock tower reinforcements, thicker anti-roll bars, and heavier springs and shock absorbers front and back. 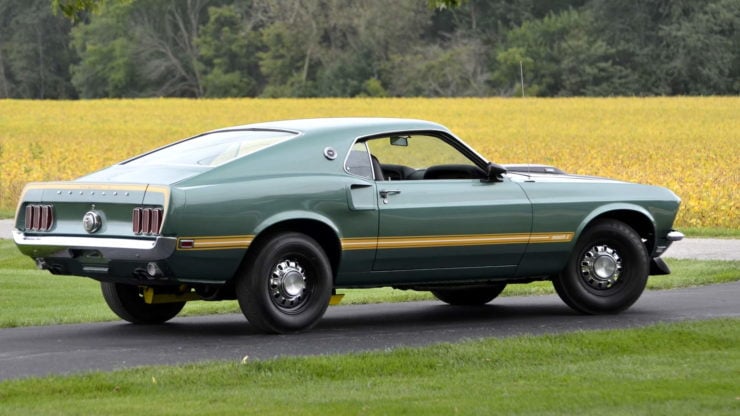 The third reason for the popularity was a remarkable public relations effort by Ford working with race car drivers Mickey Thompson and Danny Ongais. They took three Mach 1s to the Bonneville Salt Flats in Utah and set 295 speed and endurance records over a series of 500 mile and 24 hour courses.

In 1969 the 1970 model year version of the Mach 1 was released with little changed over the earlier version other than the slightly updated body style. From 1971 the Mach 1 was significantly changed and the model remained in production until 1978, it was then brought back from 2003 to 2004, and there are rumours that Ford is planning to bring it back again in the not too distant future. 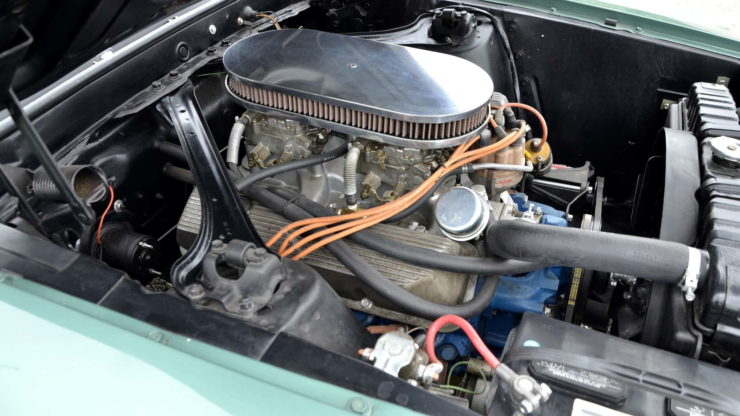 The first two years of the Mach 1 are now by far the most popular and collectible, the styling changes from 1971 onwards were somewhat controversial and most point to either the 1969 or the 1970 model as the best overall.

The 1969 Ford Mustang Mach 1 you see here is a are Q-Code version, with the Q-Code 428 cu. in. Cobra Jet big-block V8. It’s also fitted with a 4-speed manual transmission, power steering and power brakes, and it has several “Day Two” upgrades including two 4-barrel carburetors on an aluminum intake manifold, yellow traction bars, and black steel wheels without beauty rings.

The car has 50,100 original miles and it’s been part of a private collection for more than 20 years. Inside the cabin you’ll find black deluxe interior with an AM/FM radio, a dash clock, the original CarLite rear quarter safety glass and rear window, and it’s rolling on period-correct Goodyear F70-14 Polyglas tires.

If you’d like to read more about this car or register to bid you can click here to visit the listing on Mecum. 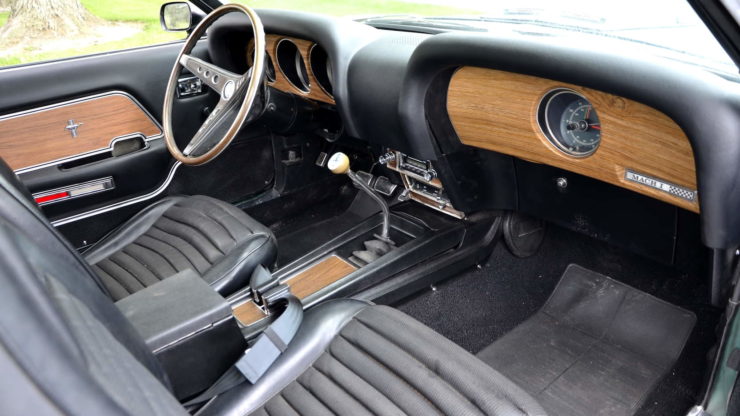 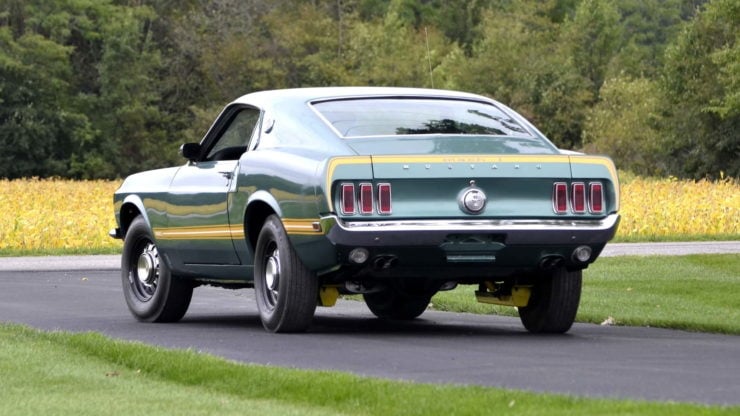 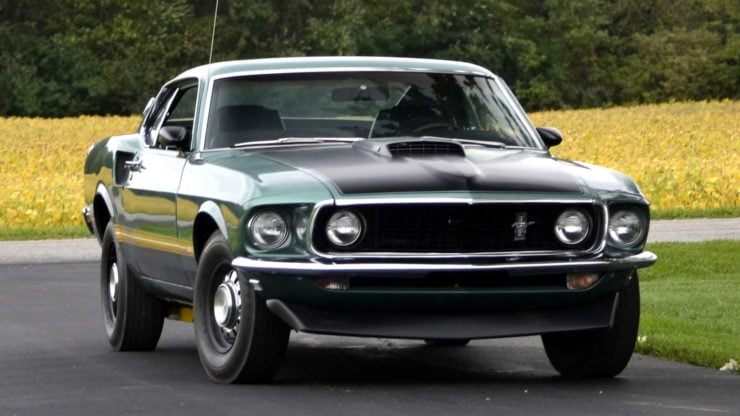 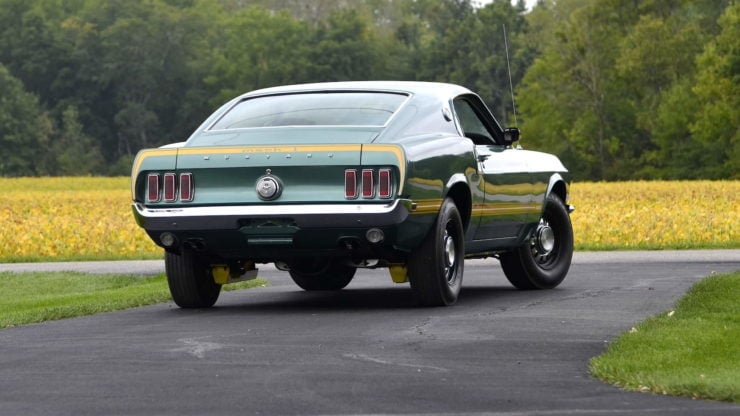 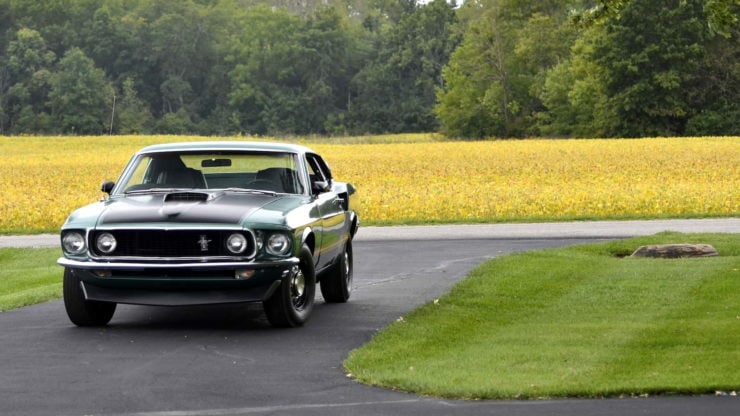 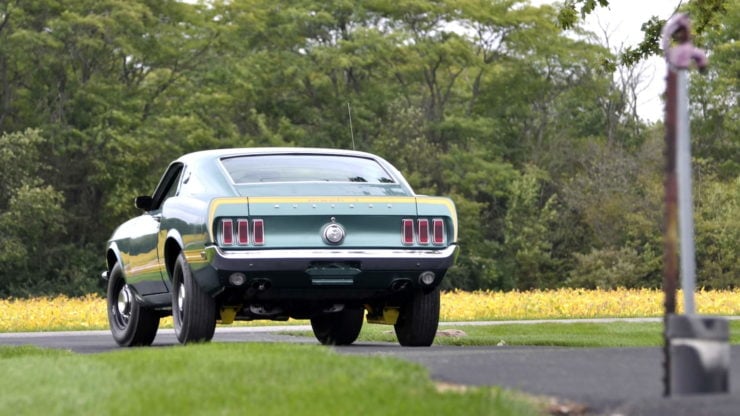 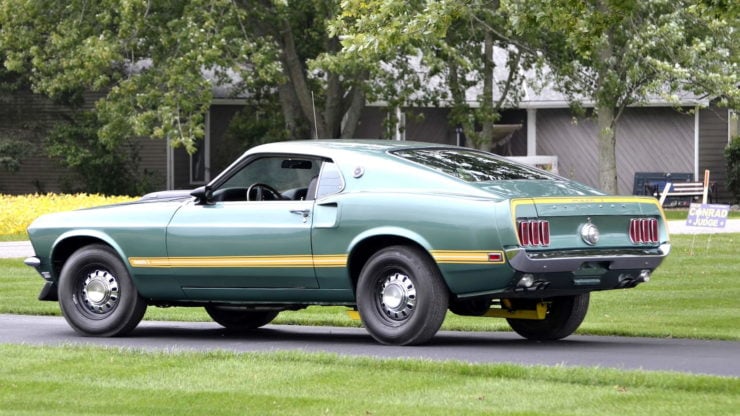 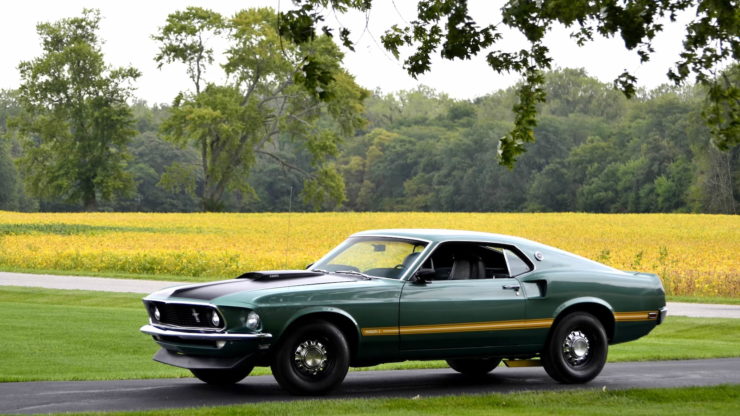 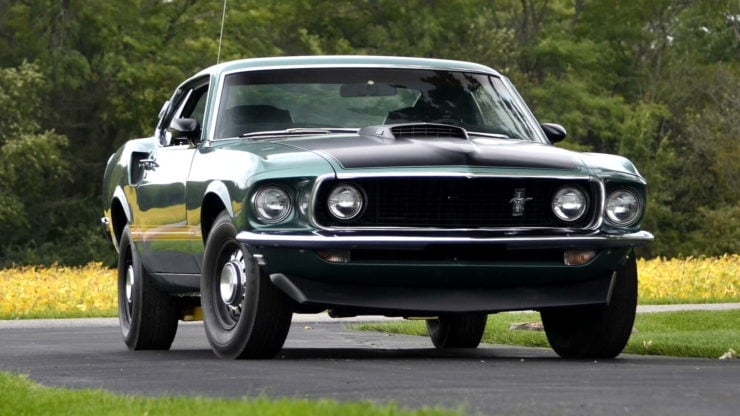 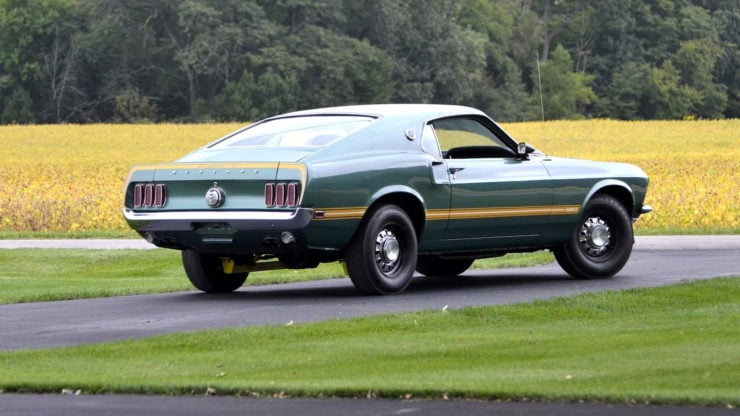 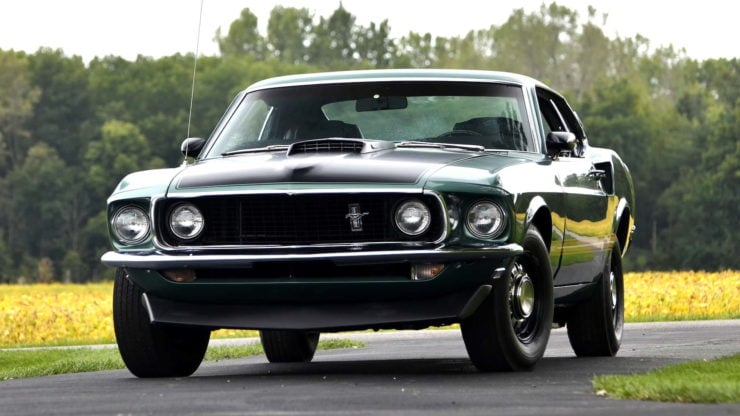 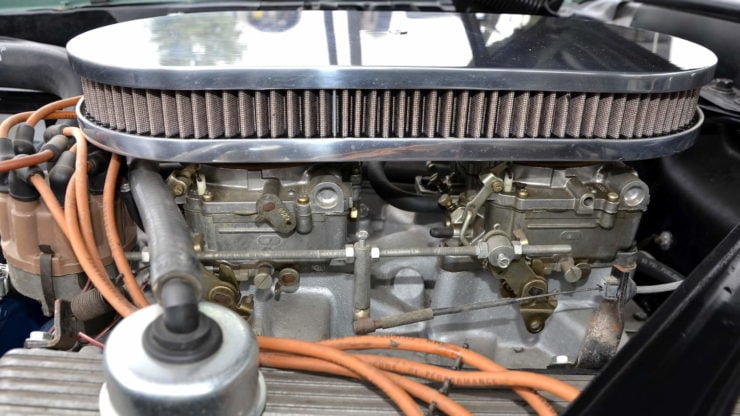 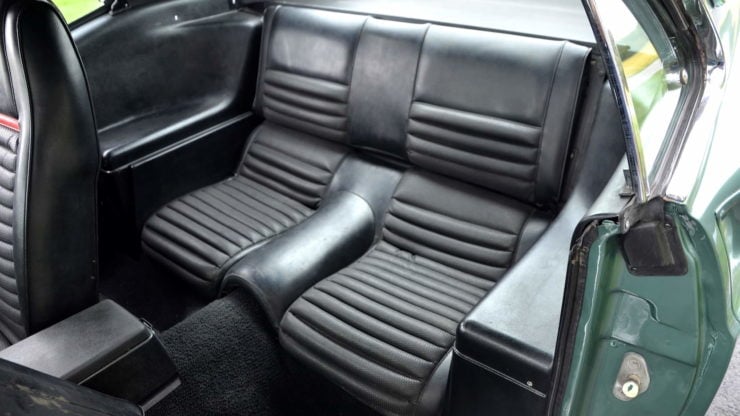 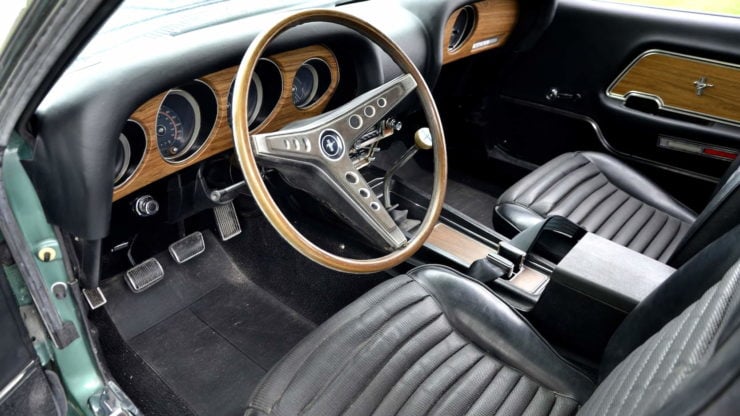 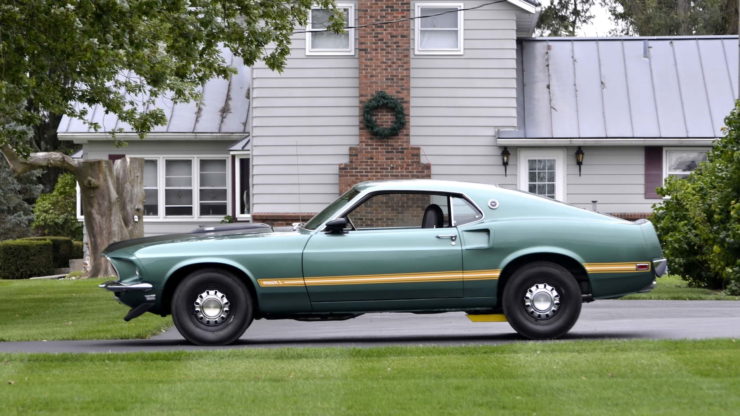 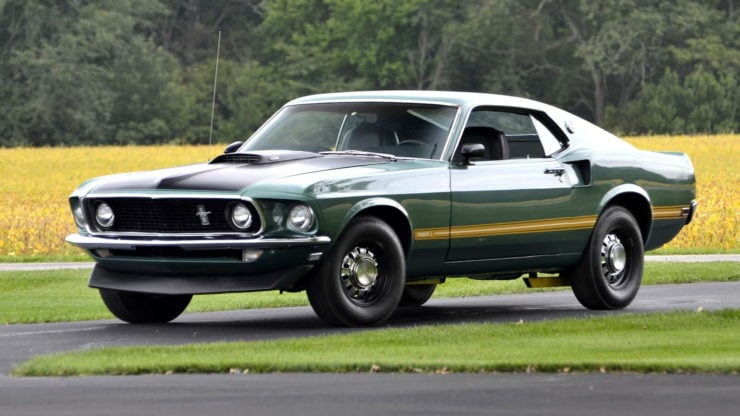