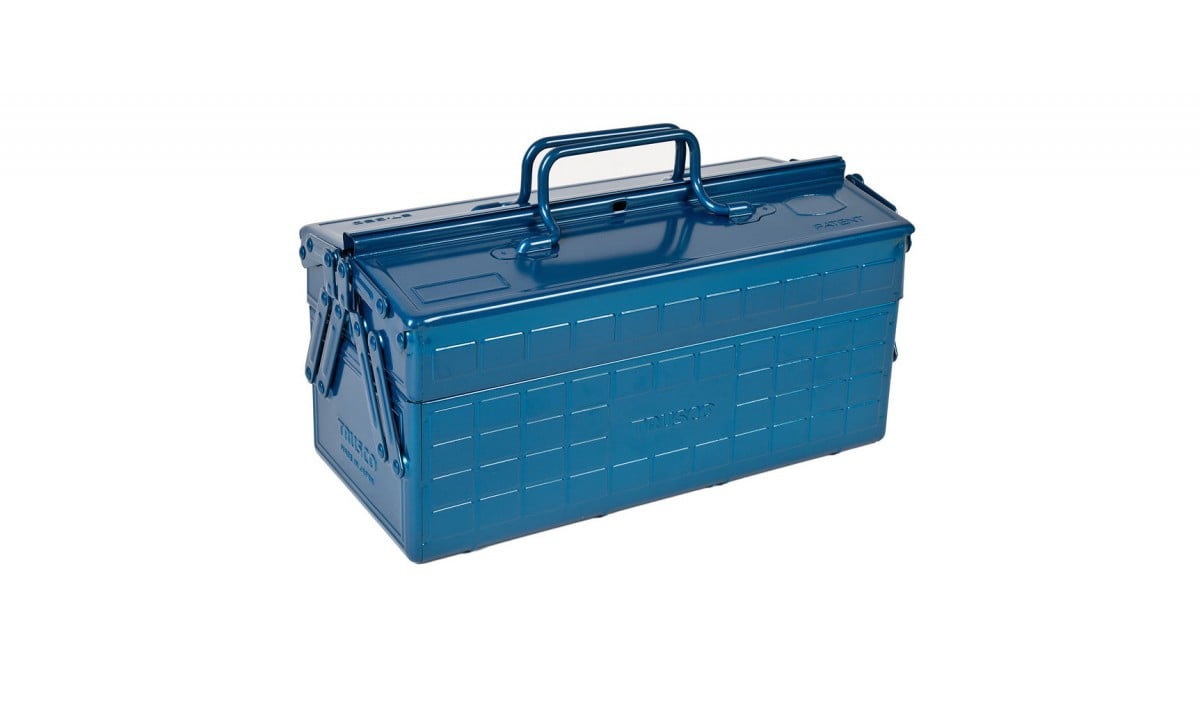 The Trusco Toolbox is an unusual thing to find outside of a Japanese garage, the company is legendary in its native country but almost unheard of internationally – something the team at Hand-Eye Supply have decided to rectify.

The solid steel construction coated in a thick blue enamel should ensure that this is a toolbox that’ll outlast most of your tools, inside it has 10 moveable upper level dividers for small items and it measures in at 13.5″ long x 6.5″ high x 6.25″ wide. 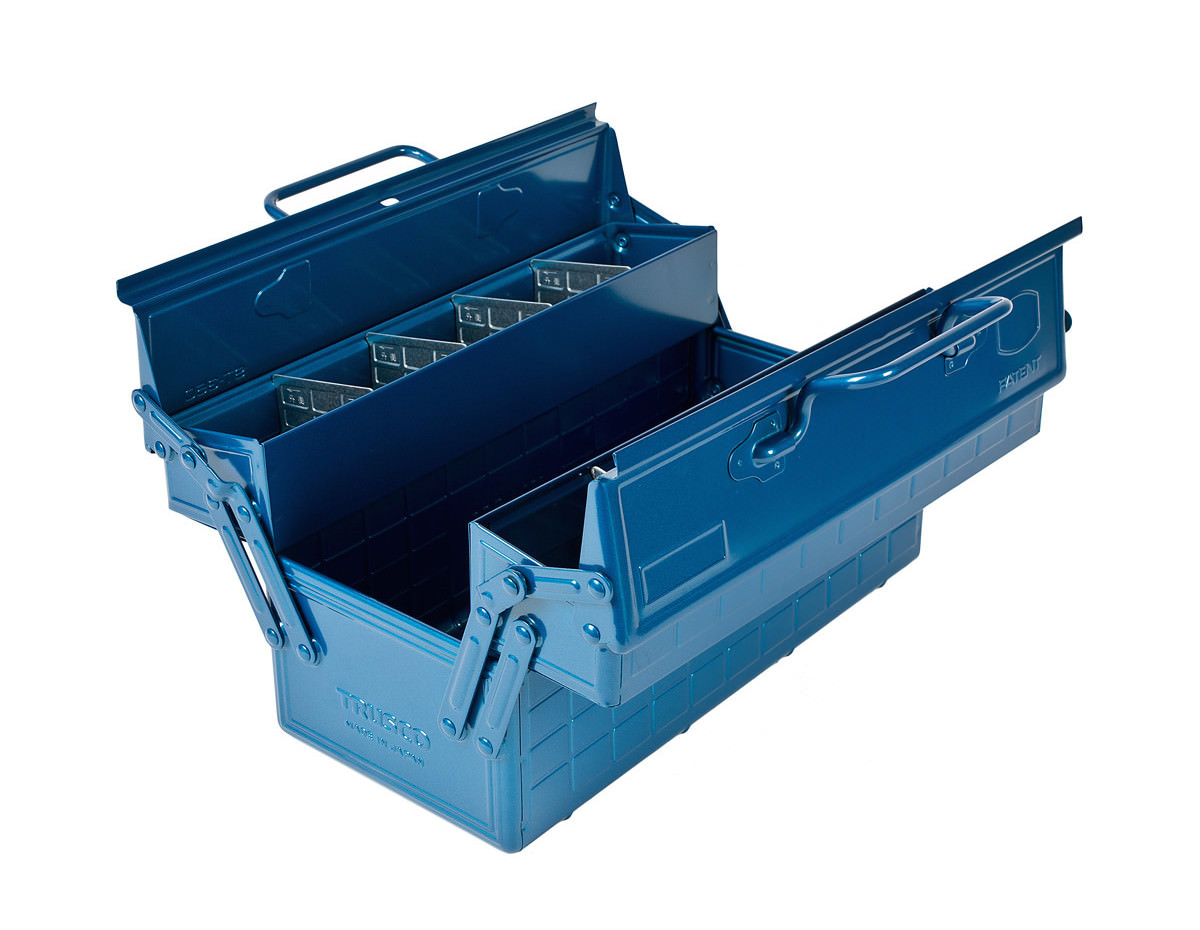 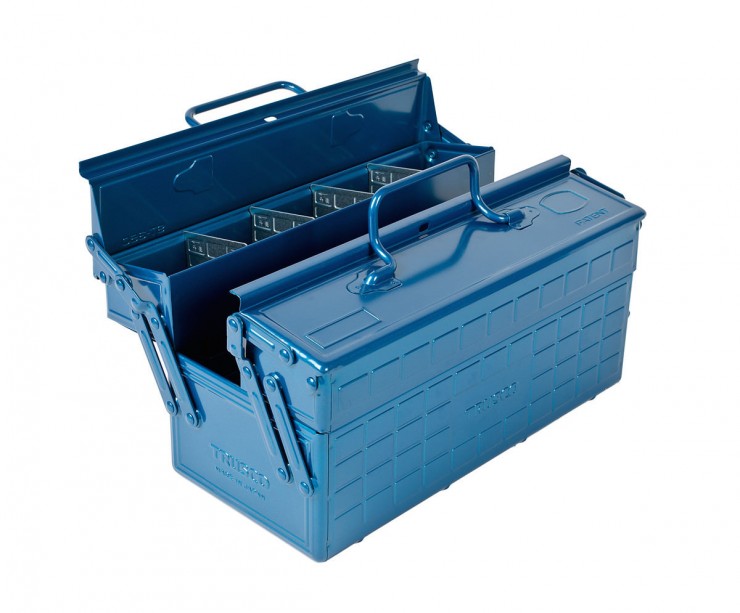 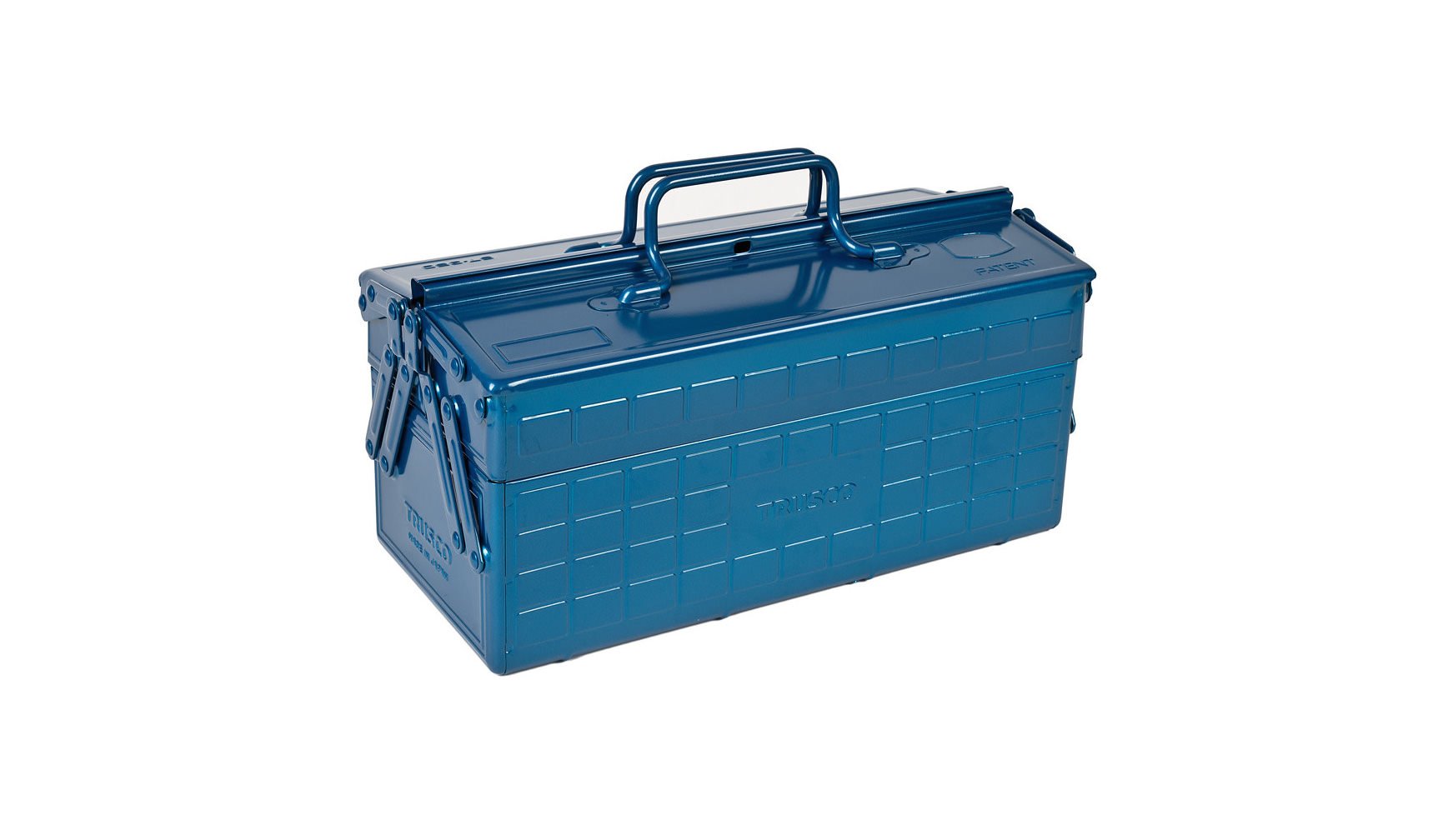