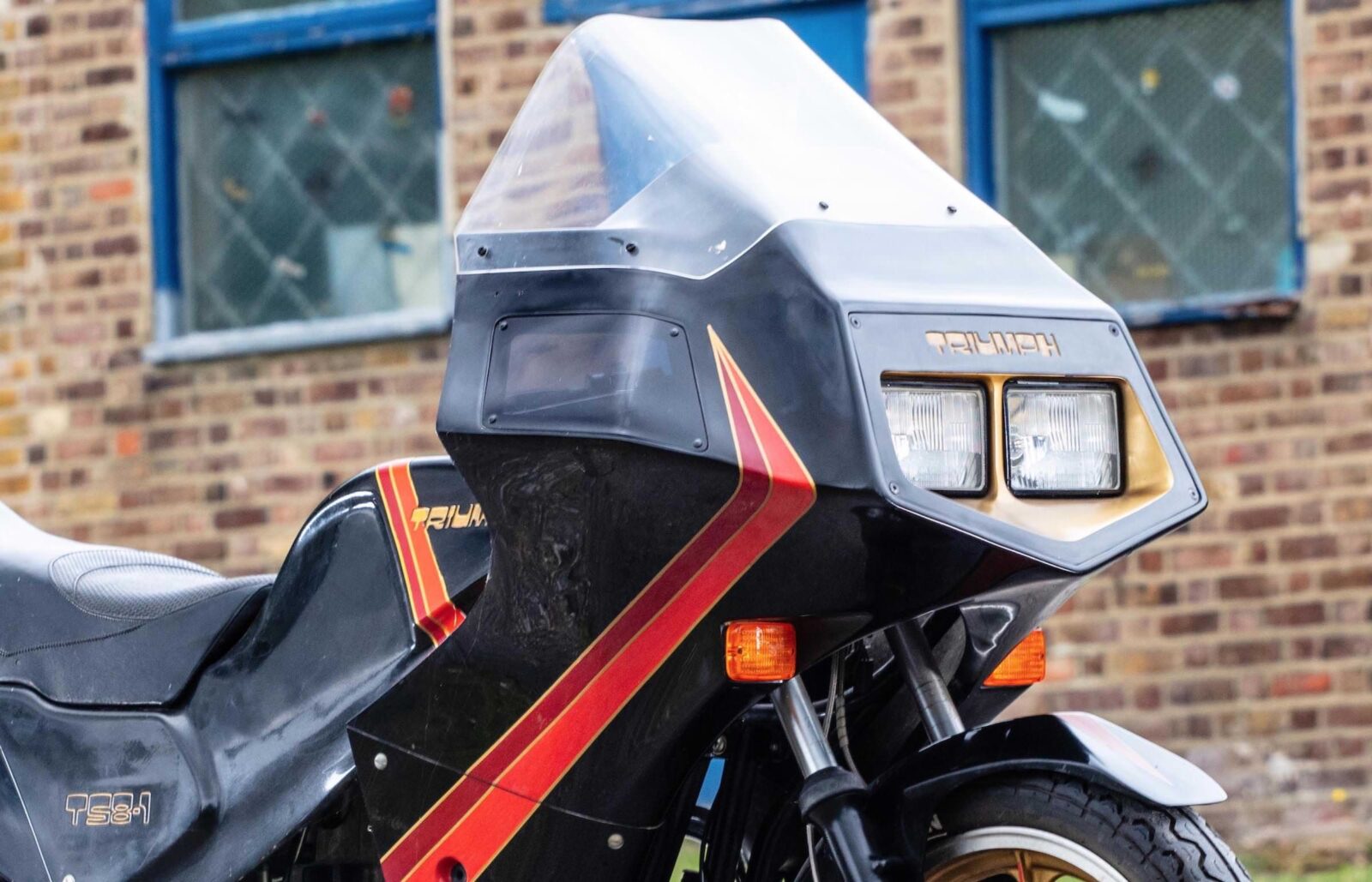 The Triumph TS8-1 Prototype was released as a last-gasp effort by the struggling British motorcycle marque in 1981 as a touring motorcycle to compete with the likes of the BMW R100RT.

Triumph has built some of the most famous motorcycles in the world over the course of their history, and most Triumph models will be known to most motorcyclists, but the TS8-1 Prototype is a mystery to almost everyone. This is likely because only one was ever made, combined with the fact that the bike was never road tested by period motorcycle magazines.

The model represents an interesting historical “what if” and for this reason if no other it does deserve to be better known than it is.

The BMW R100RT had been released by the Germans in the late 1970s using their traditional horizontally opposed, air-cooled twin cylinder pushrod engine of just under 1000cc in capacity. The frame had been strengthened and a new full fairing had been added, along with optional pannier cases for long range touring. 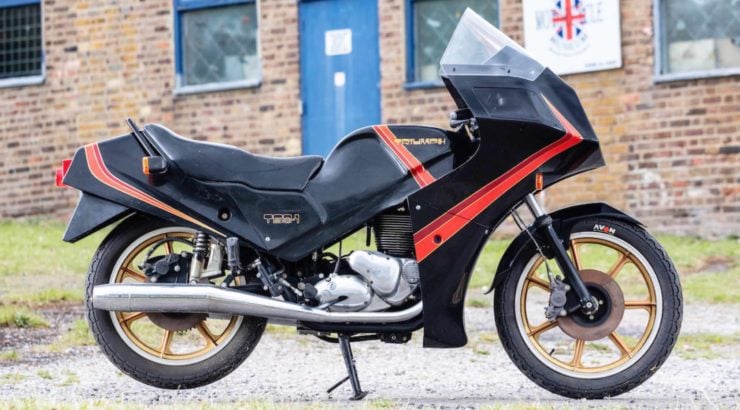 The Triumph executives must have looked at the R100RT with some interest, as it was a fellow European marque selling what was essentially an uprated version of their older pushrod engine in a touring motorcycle and people were actually buying them.

By the late 1970s the Japanese had become the kings of the motorcycle world selling less expensive, well-engineered motorcycles with advanced features like overhead cams and no oil leaks. Older European and American motorcycle marques hadn’t done a good job of keeping up and many went bankrupt due to falling sales.

What the R100RT may have represented to Triumph was a chance to sell some motorcycles without developing a new engine, gearbox, frame etc. It worked for BMW and it might just work for them too.

The project to build the TS8-1 Prototype included a series of upgrades, the most important of which was the Weslake-developed 8-valve head atop the parallel twin engine. This head had originally been developed for racing applications but Triumph had taken it in as a way of improving the performance of their engine without needing to significantly re-engineer anything below the barrels. 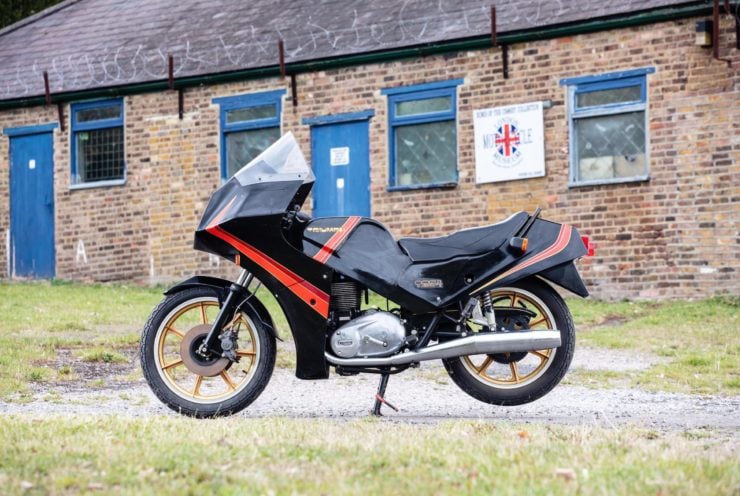 The custom full fairing was styled by Ian Dyson, though it may look a little dated by modern standards, this was cutting edge motorcycle design work in the early 1980s. The fairing is made up of two main sections and appears to have even designed to work with or without the lower section, possibly offering model variation options.

The main windshield is a three-angled perspex design, and there is a tinted perspex windowlet on the right side and twin rectangular headlights. The fuel tank cover is one piece that incorporates the side covers and rear cowling, all the bodywork is black with orange and red stripes with gold accents.

The engineering that went into the TS8-1 Prototype did include improvements to make the model appealing to the prospective R100RT buyer, including twin front disc brakes, a single disc rear brake, adjustable rear suspension, and alloy wheels front and back. 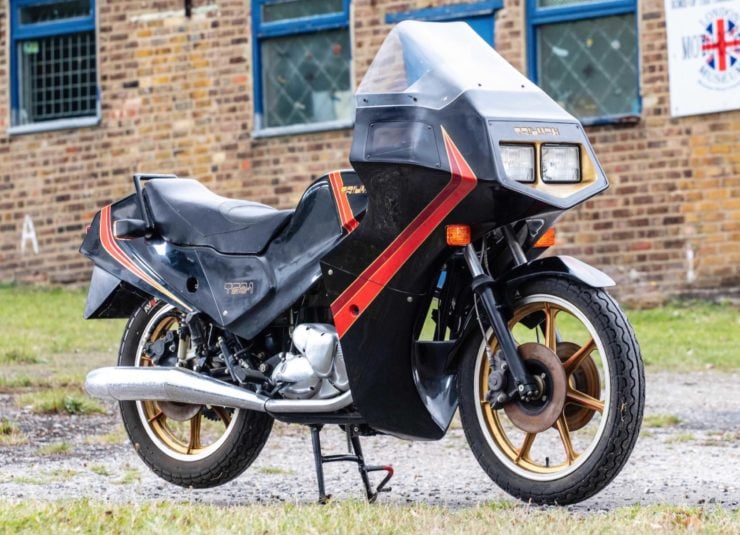 The prototype was first shown to the public at the Earls Court Motor Show in London on the Triumph stand next to the TR7T trail bike, the Thunderbird 650, and the Bonneville. Triumph needs 50 orders for the bike in order to do a limited production run, sadly although some orders were taken, it wasn’t the required amount and the bike was never produced.

This lack of orders was probably partially down to the frequent labour disputes and strikes that were happening at the Triumph factory which lowered consumer trust in the brand, combined with the aforementioned influx of inexpensive Japanese motorcycles.

Fortunately the Triumph TS8-1 Prototype wasn’t scrapped as many factory prototypes were at the time. It was bought by Bill Crosby and put on display in the London Motorcycle Museum where visitors have been able to marvel at it for the past few decades. Amazingly the bike still has just one original mile on the odometer.

Bonhams will be selling the TS8-1 at the upcoming Autumn Stafford Sale on the 19th of October, the estimated value is just £8,000 to £14,000, making it quite an affordable piece of motorcycling history. If you’d like to read more about it or register to bid you can click here to visit the listing. 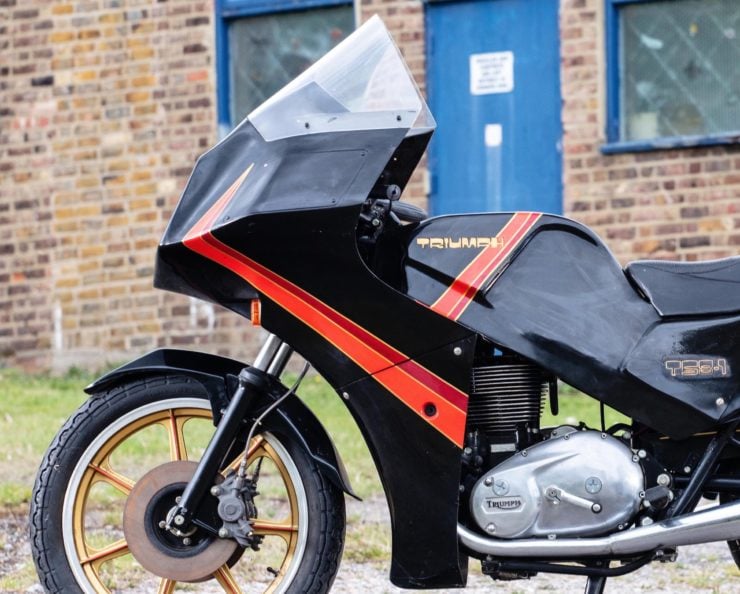 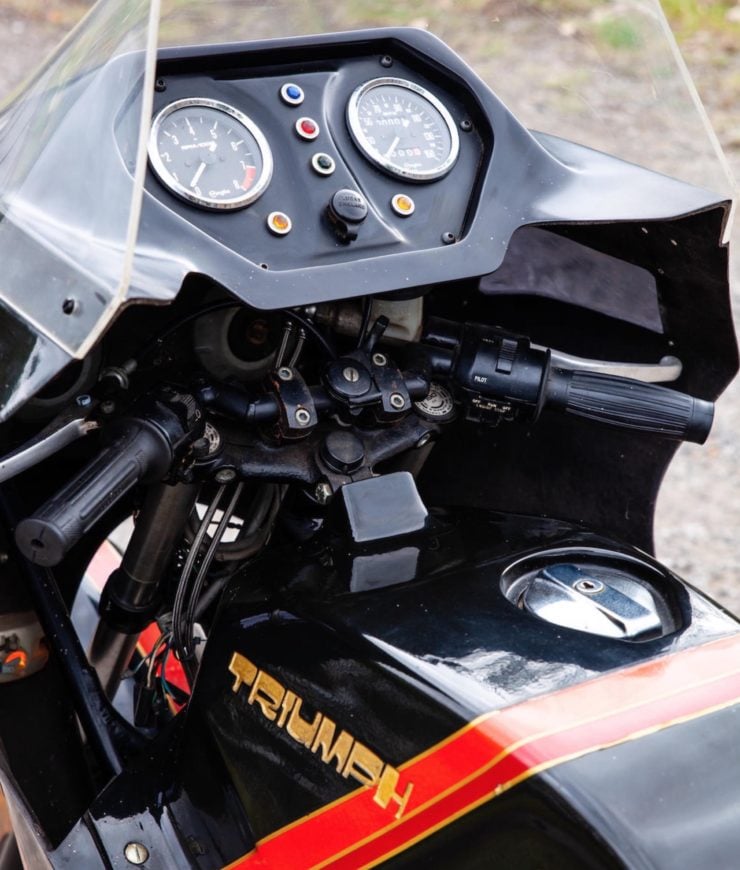 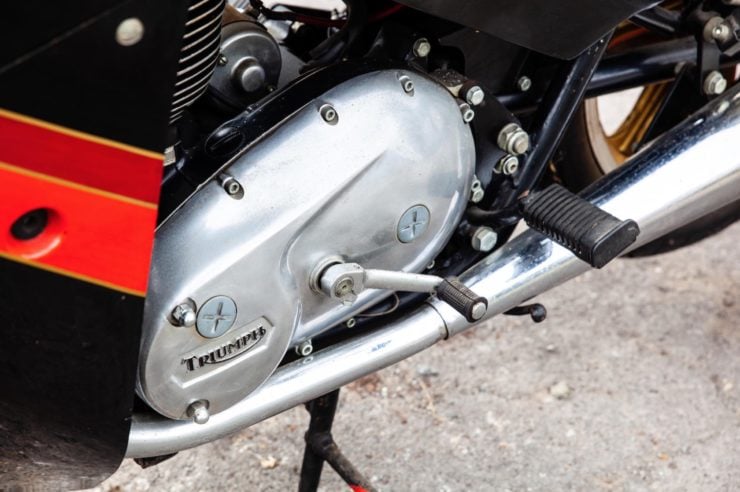 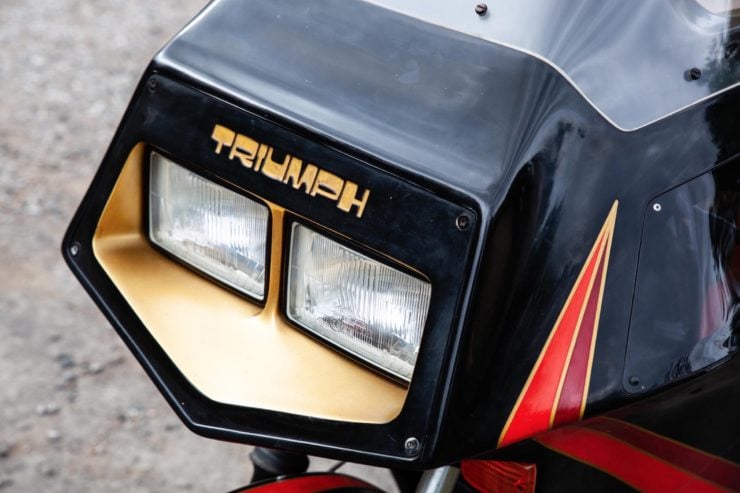 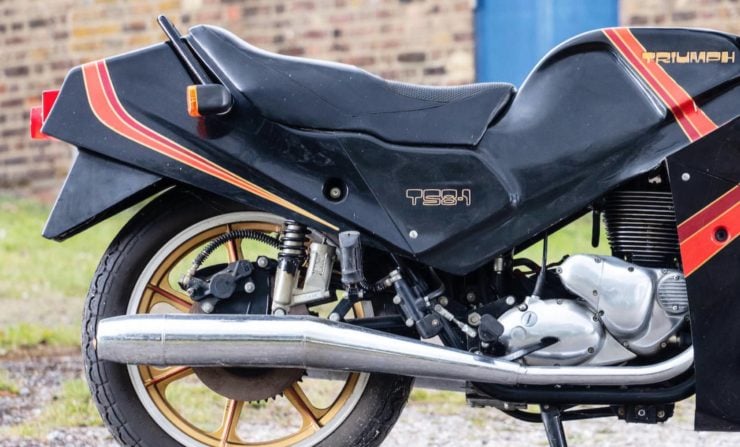 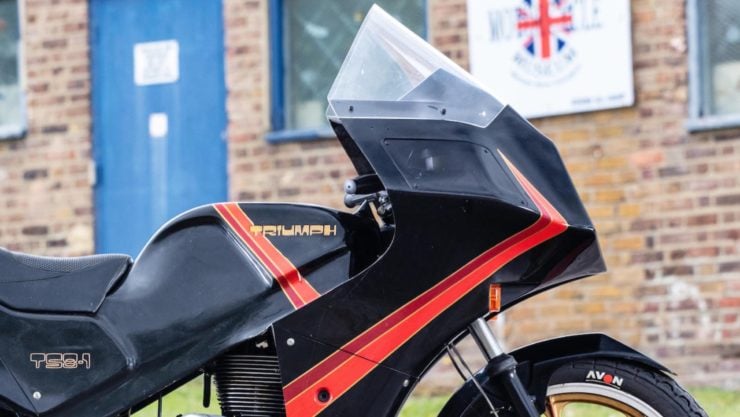 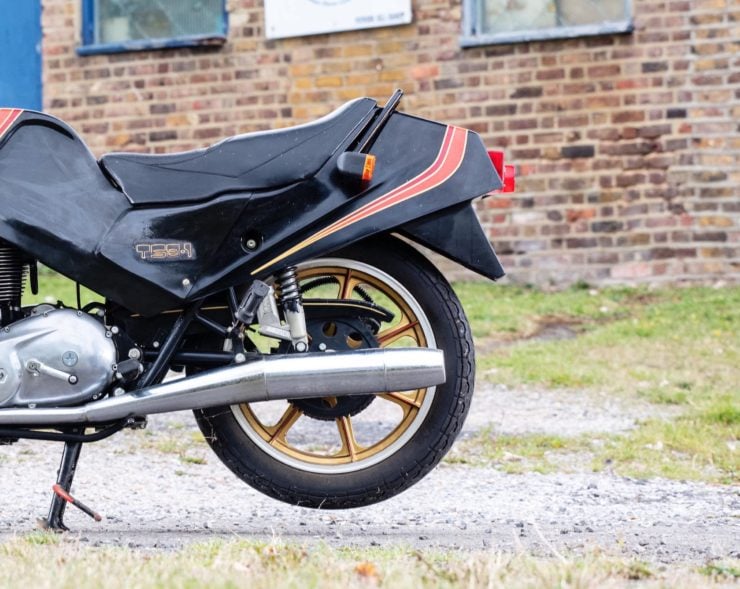 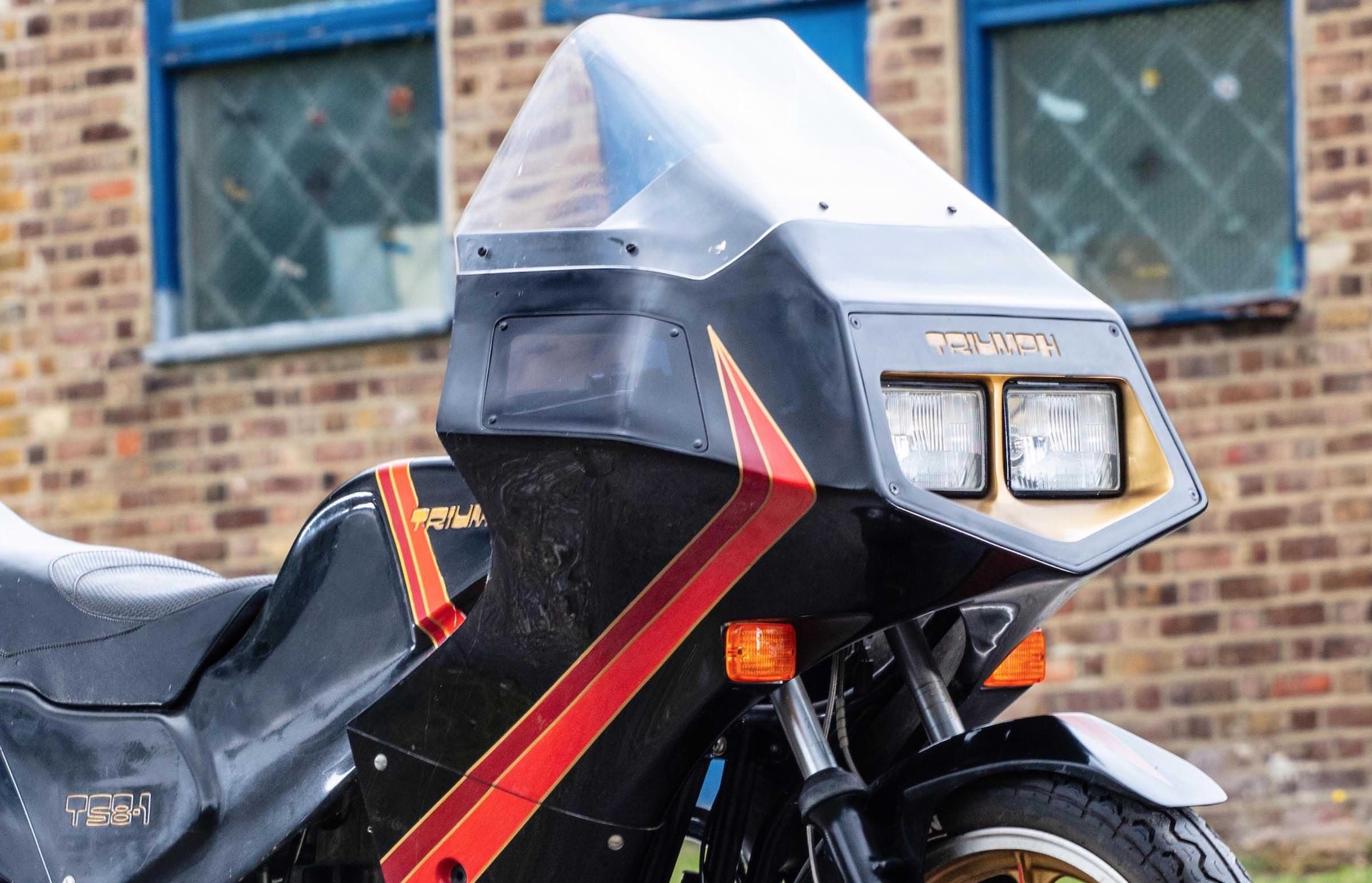