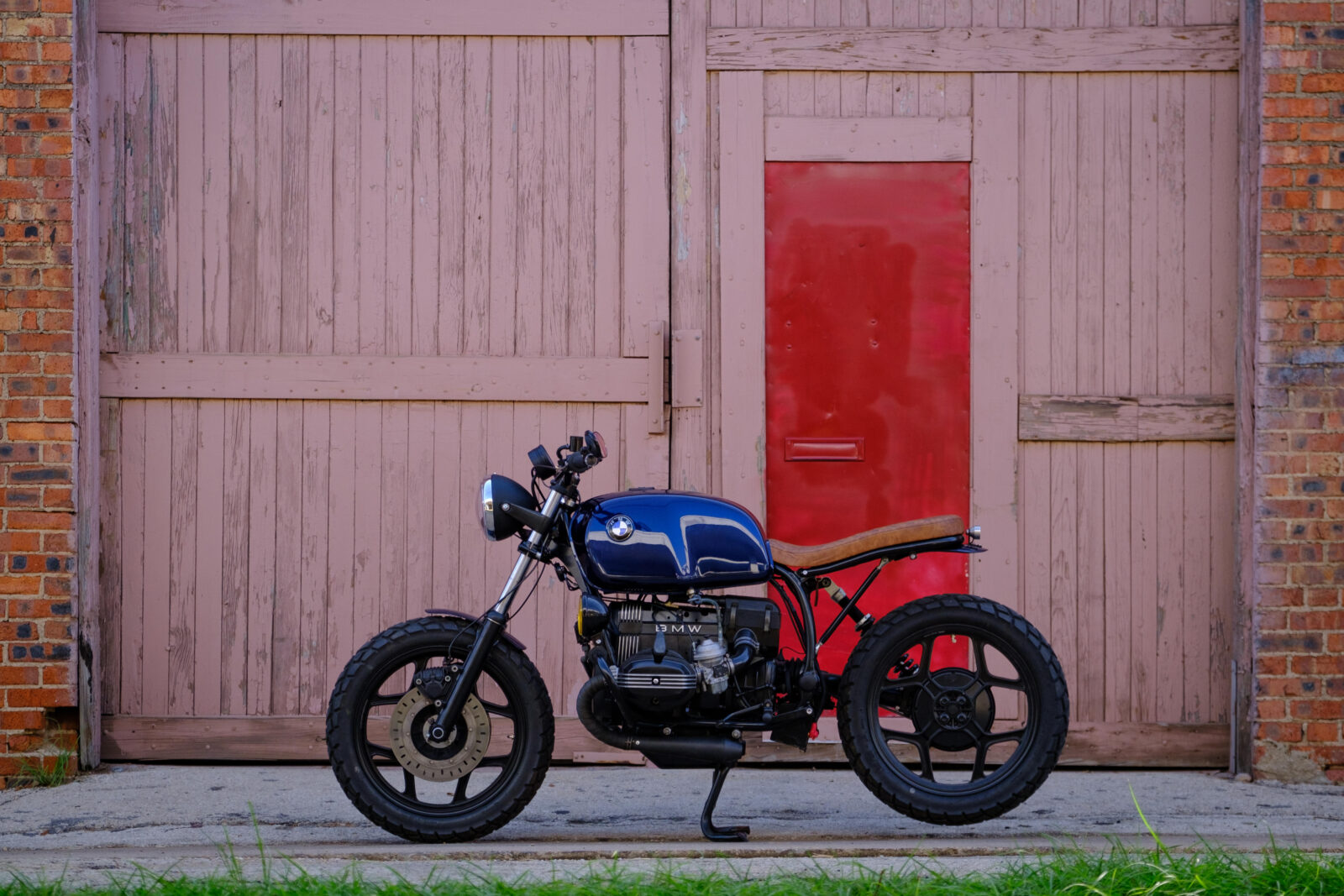 This BMW R100RT is a family heirloom of sorts, it belongs to Sam, a Texan with a lifelong relationship with this BMW and a deep love for daily-rideable custom motorcycles.

Ever since he was a child, Sam has had this BMW in his life – it previously belonged to his father who would sometimes take a young Sam for rides on the pillion seat. The bike passed into Sam’s ownership a few years ago and ever since he’s dreamed of having it refreshing it and making it into something he’ll ride every day.

The BMW R100RT is an important motorcycle in the long history of the German marque, it was the touring version of the BMW R100RS, the latter is remembered today for being the first motorcycle to come with a full fairing from the factory.

Much like its R100RS sibling, the R100RT featured a full fairing with an adjustable windshield, optional twin panniers, seating for two, twin disc brakes up front, a drum in the rear, telescopic forks, and twin shock absorbers in the rear until 1985 when they were replaced with a more advanced monoshock. 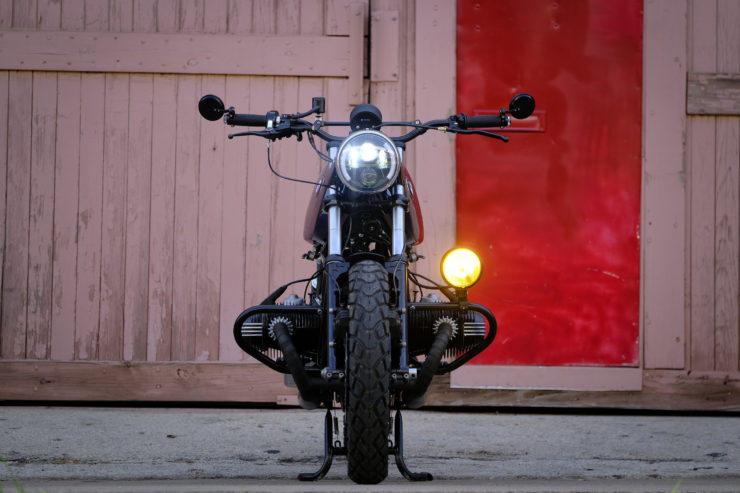 As with almost all BMW motorcycle engines of the era, the R100RT has a horizontally opposed twin with a capacity of 980cc and it’d of unit construction with a 5-speed gearbox and a shaft drive to the rear wheel. This air-cooled motor has twin overhead valves per cylinder, twin Bing constant depression carburettors, a compression ratio of 9:1 to 1, and 70 hp at 7,000 rpm with 56 ft lbs of torque at 5,600 rpm.

Due to the high build quality, many examples of the R100RT have survived to the modern day. They’re now popular targets for custom motorcycle builders due to their toughness, daily usability, and the fact that the frame was reinforced for the fairing fitment – meaning they can take a beating.

A BMW R100RT Custom by Other Life Cycles

When this R100RT arrived at the garage of custom motorcycle builder Sean Zeigler of Other Life Cycles he breathed a sigh of relief. The bike was in excellent condition from front to back, this significantly reduced the amount of preparation work needed before the custom build could begin.

Sam had sent through a slew of images of custom BMWs that he liked, so Sean had a lot to work with. The basic theme was going to be the age-old Colin Chapman mantra – simplify, then add lightness.

The fairing was removed, as was the original subframe, gauge cluster, seat, and all lighting. 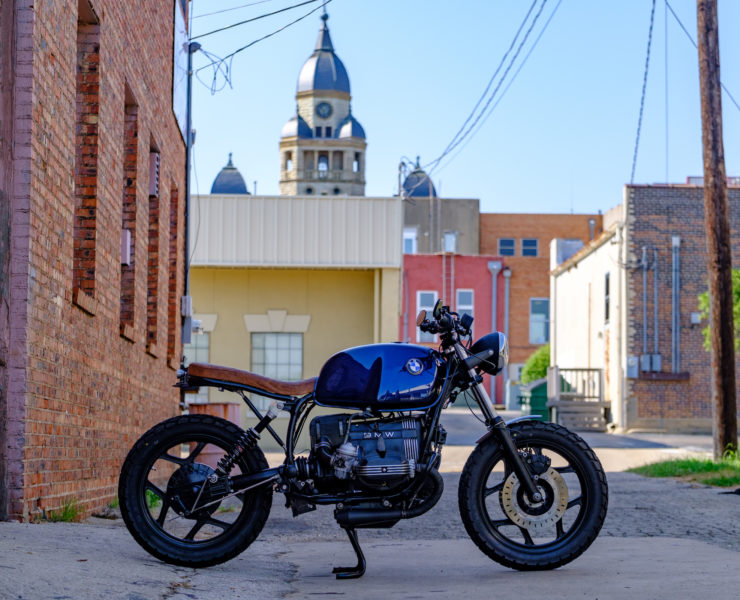 “Let’s start with influences. Sam provided a stack of samples images of similar motorcycle he liked and allowed me to design and build this bike using those influences as a starting point. Since landing on the custom motorcycle scene a few years ago and having been able to meet and become a friend of several custom builders. I will readily own pieces of this build share similarities with some of Kevin Dunworth’s & Tim Harney’s Bikes. The metal work, while not shiny, has a lot of advice from Craig Rodsmith in it.” – Sean Zeigler, Other Life Cycles

A slew of new parts needed to be fabricated for this build, including aluminum front and rear fenders, a rear subframe hoop and lugs to attach to the stock mounting locations, a battery box that was relocated under the frame, a custom wiring harness and electronics tray under the tank, a spotlight bracket to mount to the crash bars, a relocation bracket for stock ignition switch under the seat, and an aluminum seat pan. 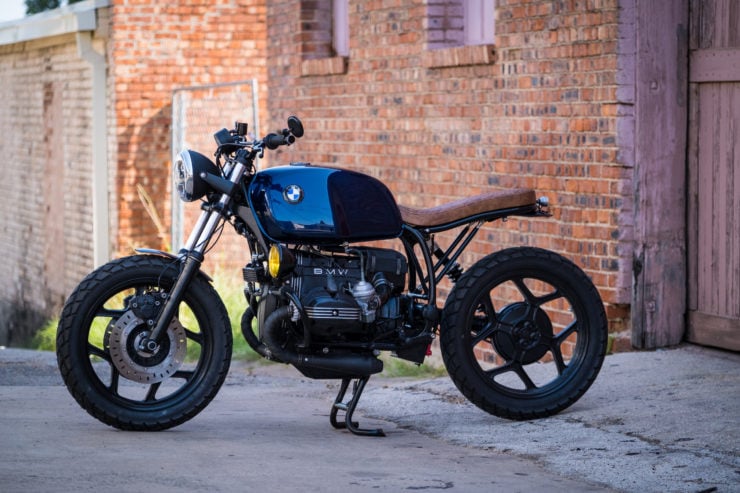 A set of vintage KTM 7/8″ handlebars were traded for the original and the forks were uprated with Racetech fork springs specifically rated for Sam’s weight. In the rear there’s a YSS fully-adjustable monoshock, up on the handlebars there’s a Nissin master brake cylinder, custom Goodridge front brake lines, a billet master cylinder reservoir from Dime City Cycles, and a set of Cone Engineering reverse cone slip-ons that were ceramic coated.

Angie Dixon did the upholstery on the seat with cashew leather, Kenneth Cooper did the paintwork and pinstriping, and Chris Moos helped with plasma cutting parts for the subframe brackets, battery box, and Ignition switch relocation bracket.

The completed bike has a clean, minimalist look that’ll appeal to almost everyone, and it’s perfectly suited to being ridden daily on the streets of McKinney, Texas. The only problem is how Sam’s young twin girls are going to eventually decide which one of them gets the heirloom BMW. 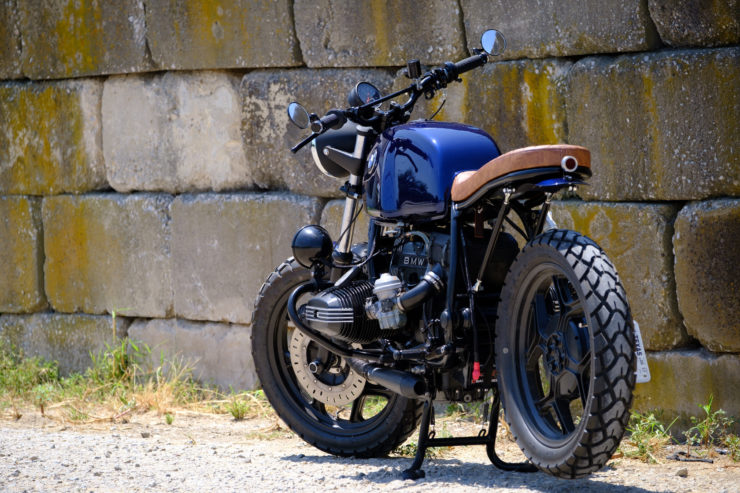 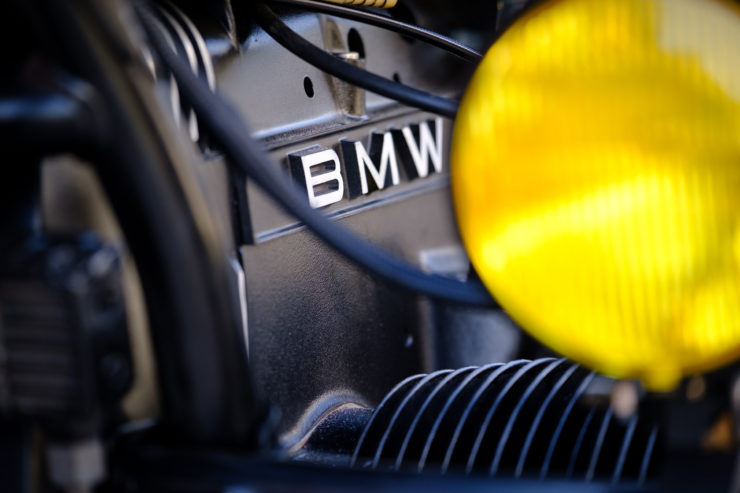 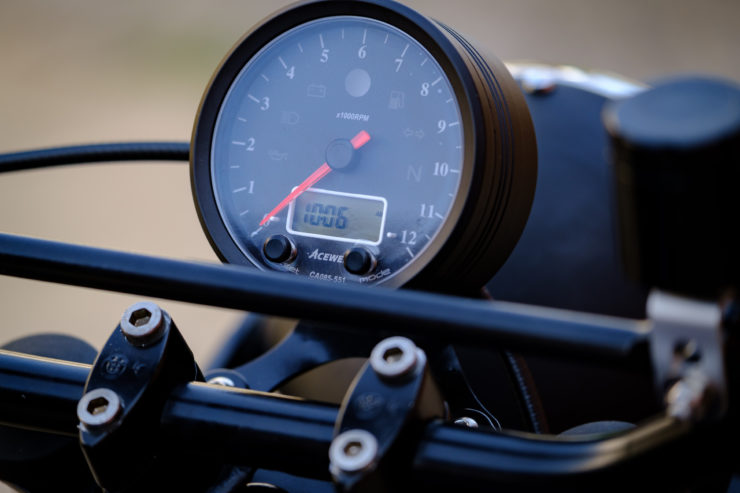 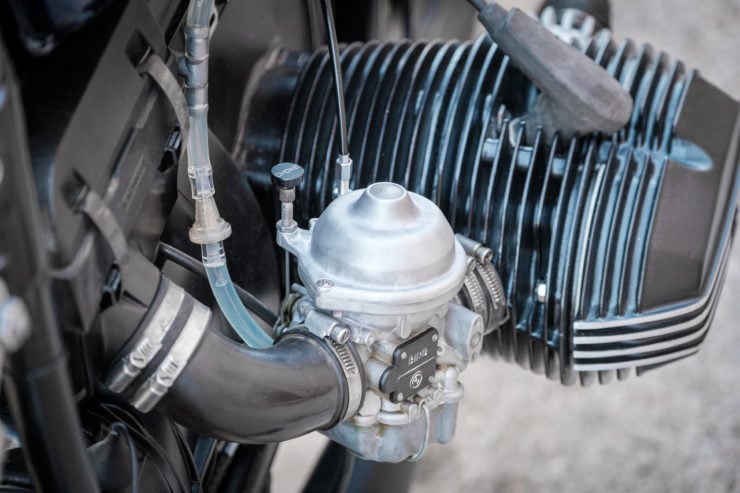 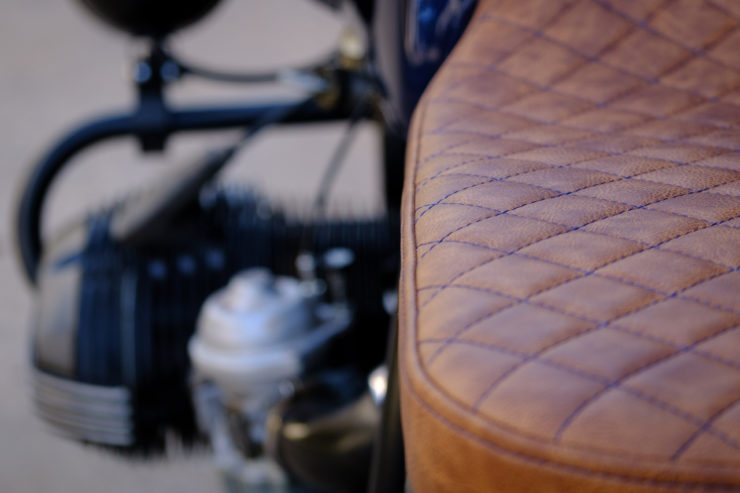 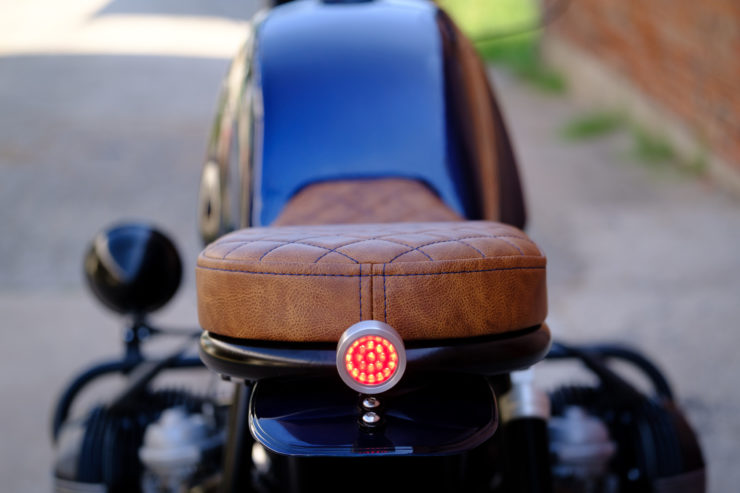 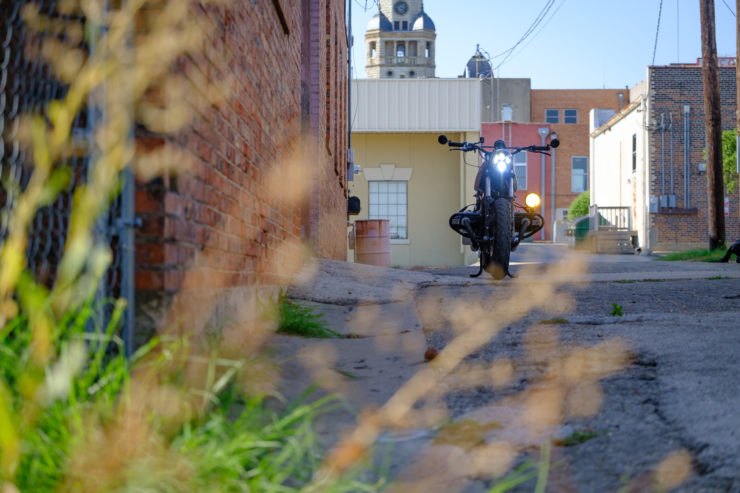 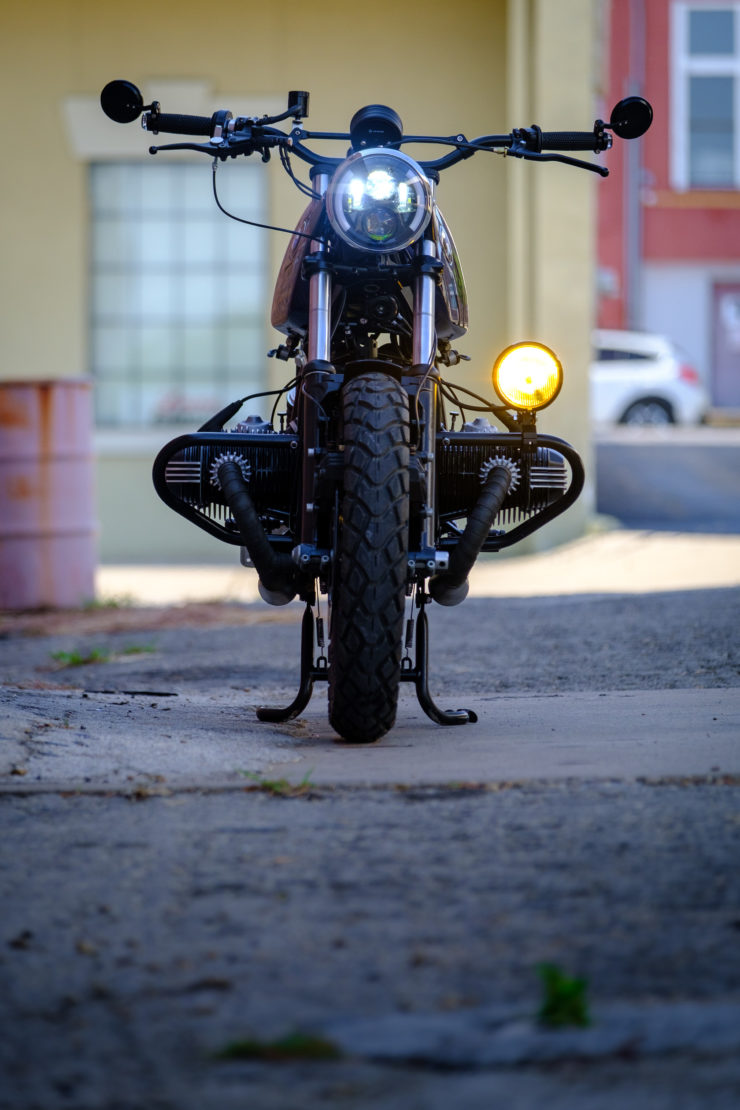 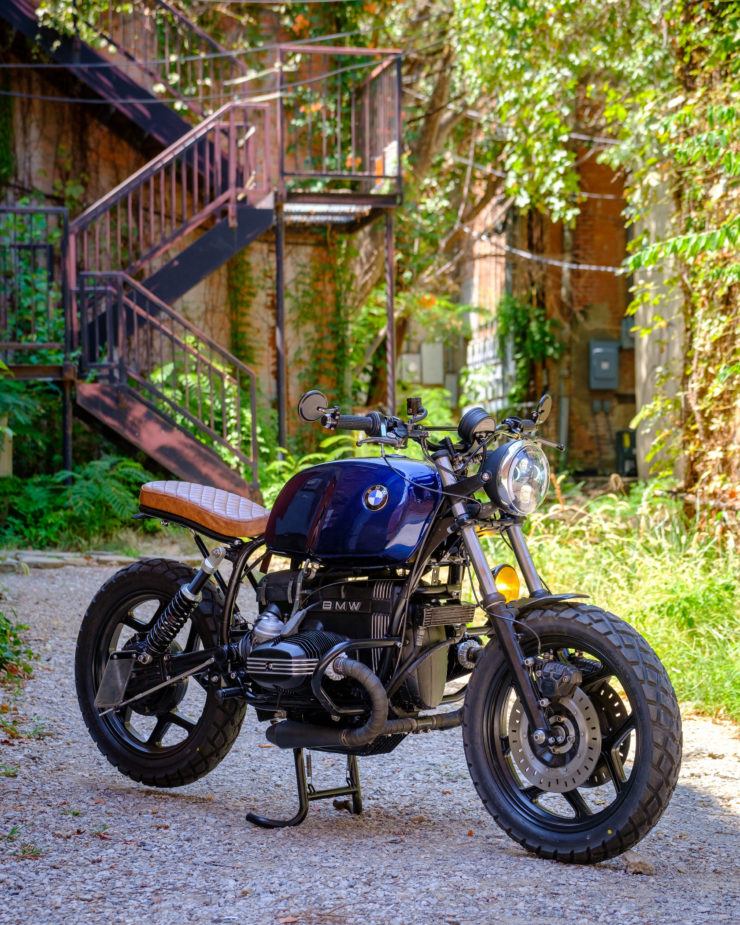 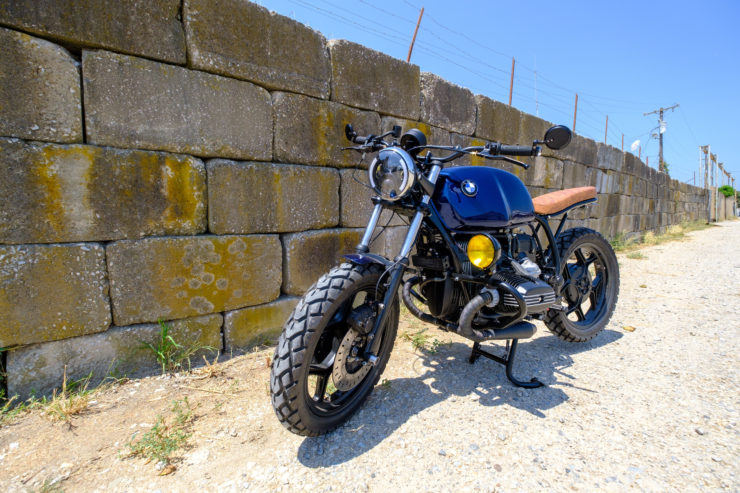 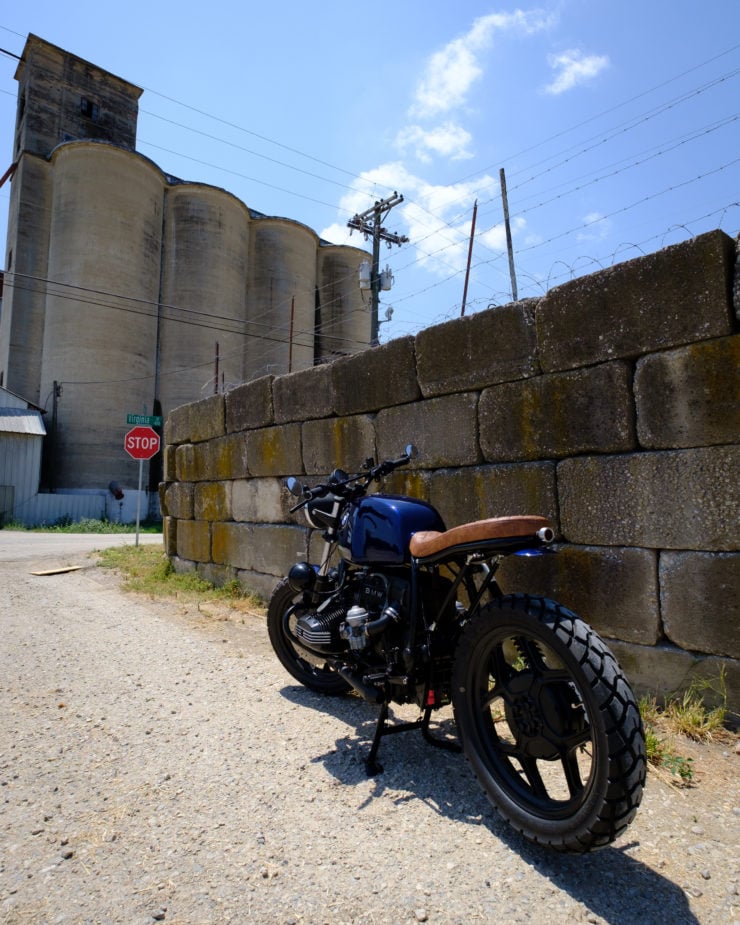 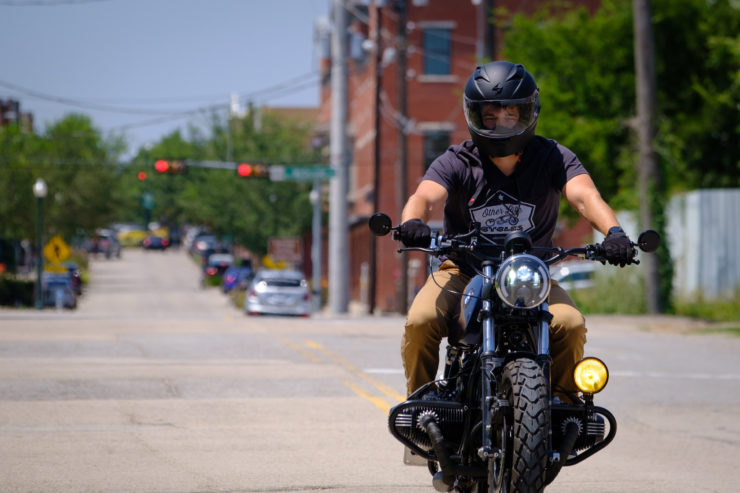 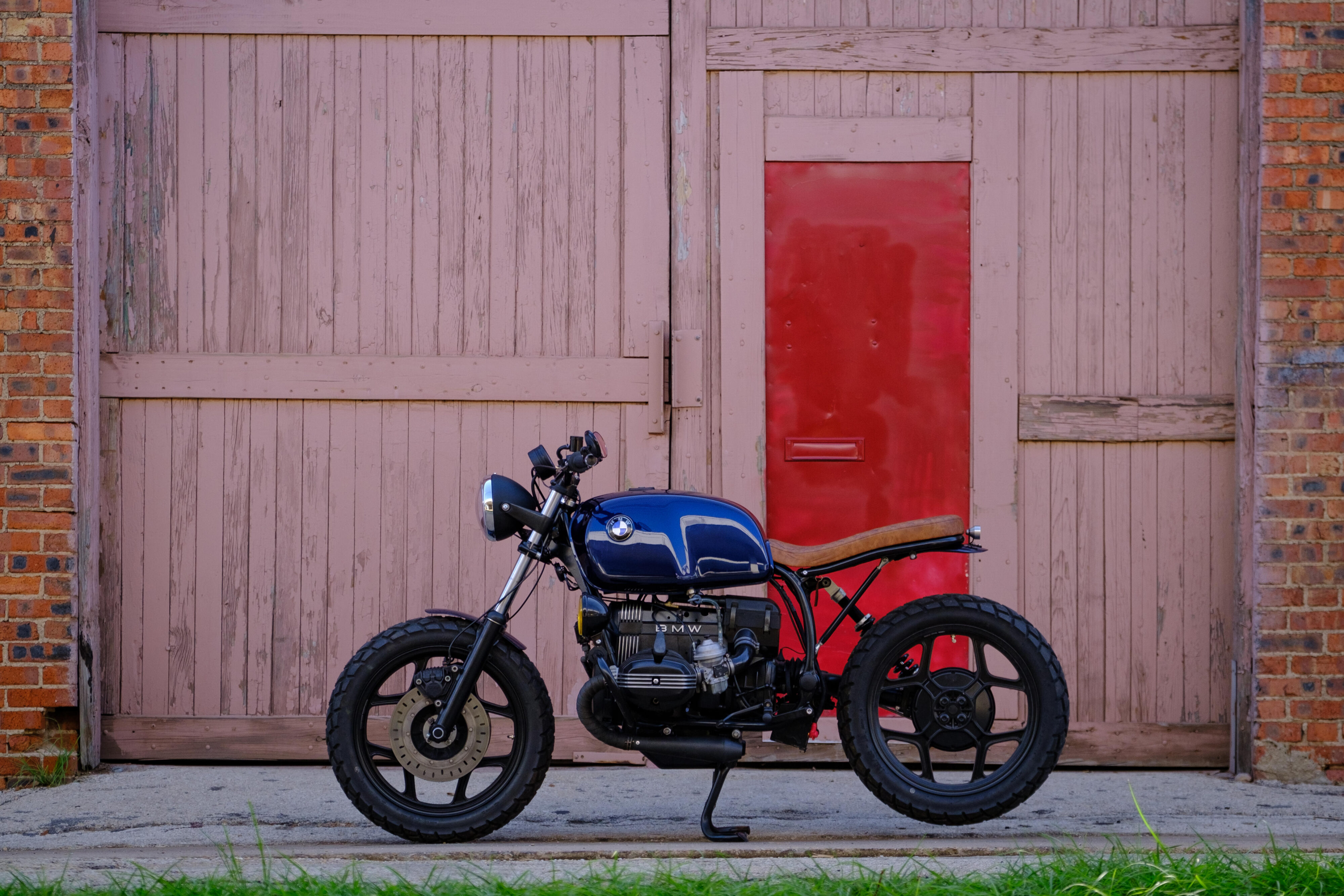