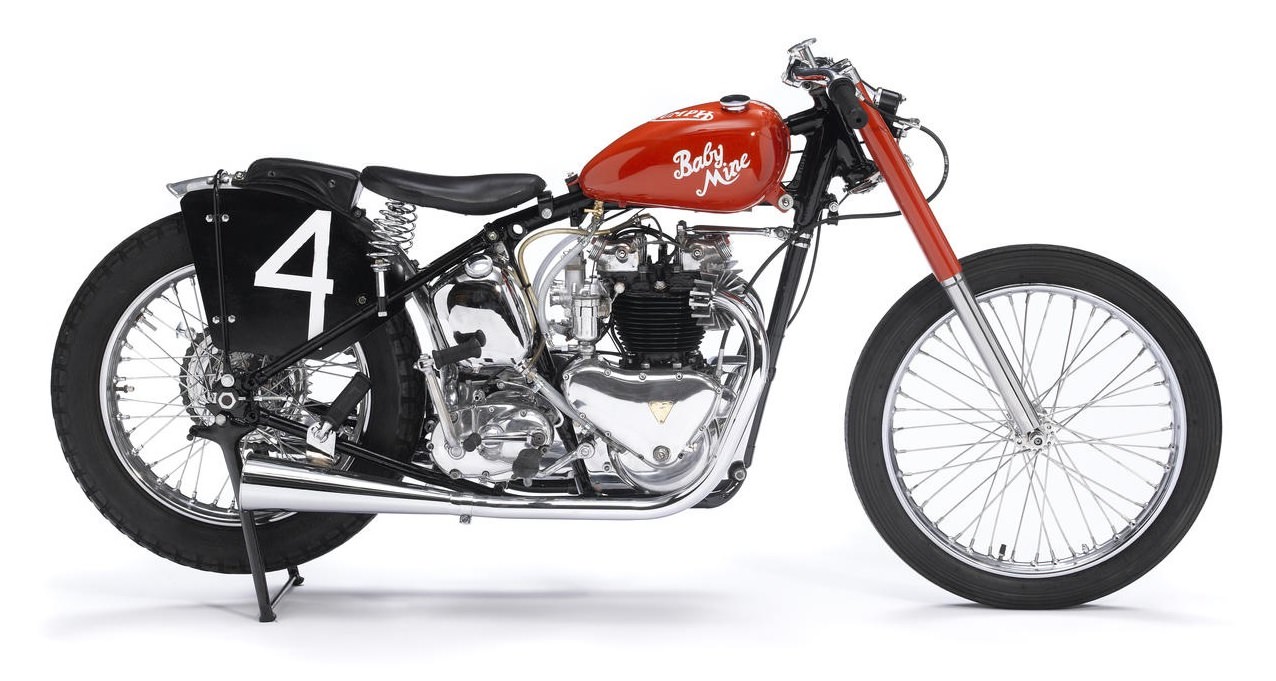 Every now and then a motorcycle like this, the Triumph Thunderbird 650cc Baby Mine Dragbike, pops up for sale at an auction. This invariably leads to people like you and me questioning which organs we really need and how much we could feasibly get for the superfluous ones on the international black market.

Baby Mine is a highly tuned drag racing motorcycle built and ridden by teenage drag racing sensation Bobby Sirkegian. Sirkegian started racing at the age of 13 in the early 1950s, he became a household name when the popular television programme “You Asked For It” featured him in 1954, racing his Triumph against all comers on a number of Southern Californian quarter-mile dragstrips. 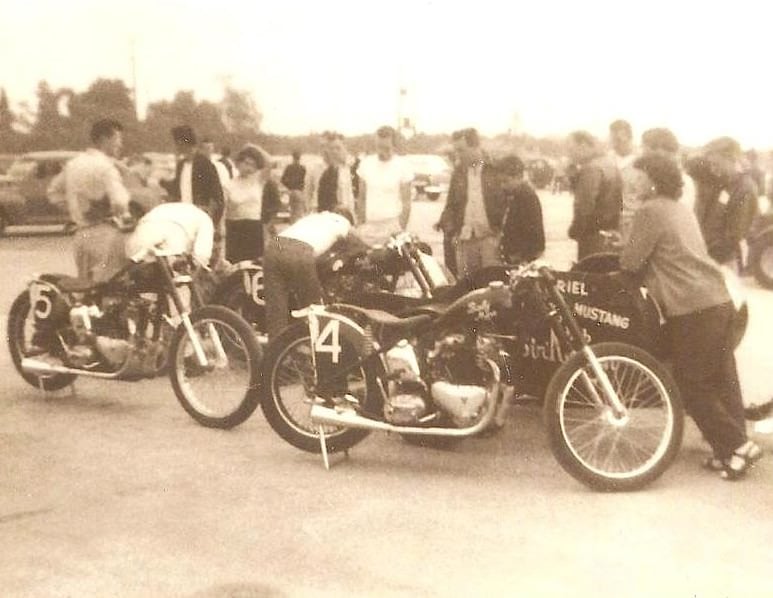 The stock Triumph Thunderbird 650cc had been highly modified by Bobby, he had tweaked the 650 twin by adding a balanced crankshaft, high-compression pistons, a ported and polished cylinder head, S&W racing valve springs, specially ground camshafts and lifters by Iskendarian, lightened cam gears and a custom dual-carburettor manifold with remote floatbowls. In this state of tune, Baby Mine could give many modern motorcycles a run for their money down the quarter-mile.

Baby Mine has remained in Bobby Sirkegian’s personal possession for all of these years, he’s placed it up for sale at the upcoming Las Vegas Motorcycle Auction with Bonhams on the 10th of January 2013. Before making the bike available for sale, Bobby sat down one last time with his tool kit and gave the bike a final tune, meaning it should be all set to run like the clappers for whichever lucky person nabs it. 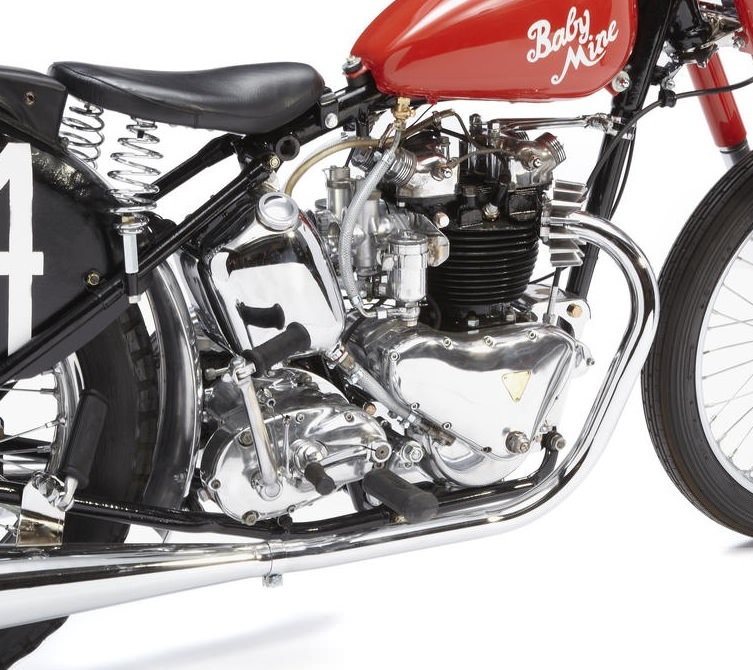 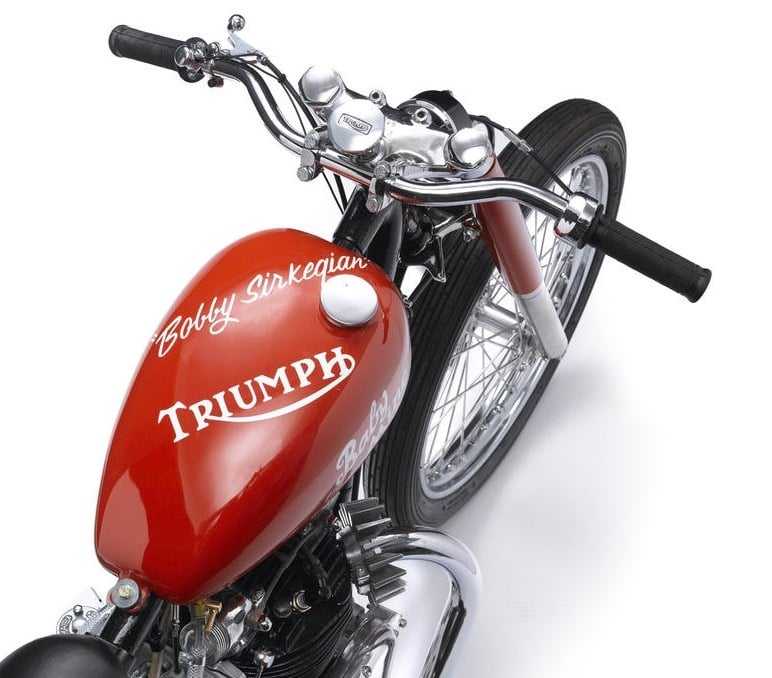