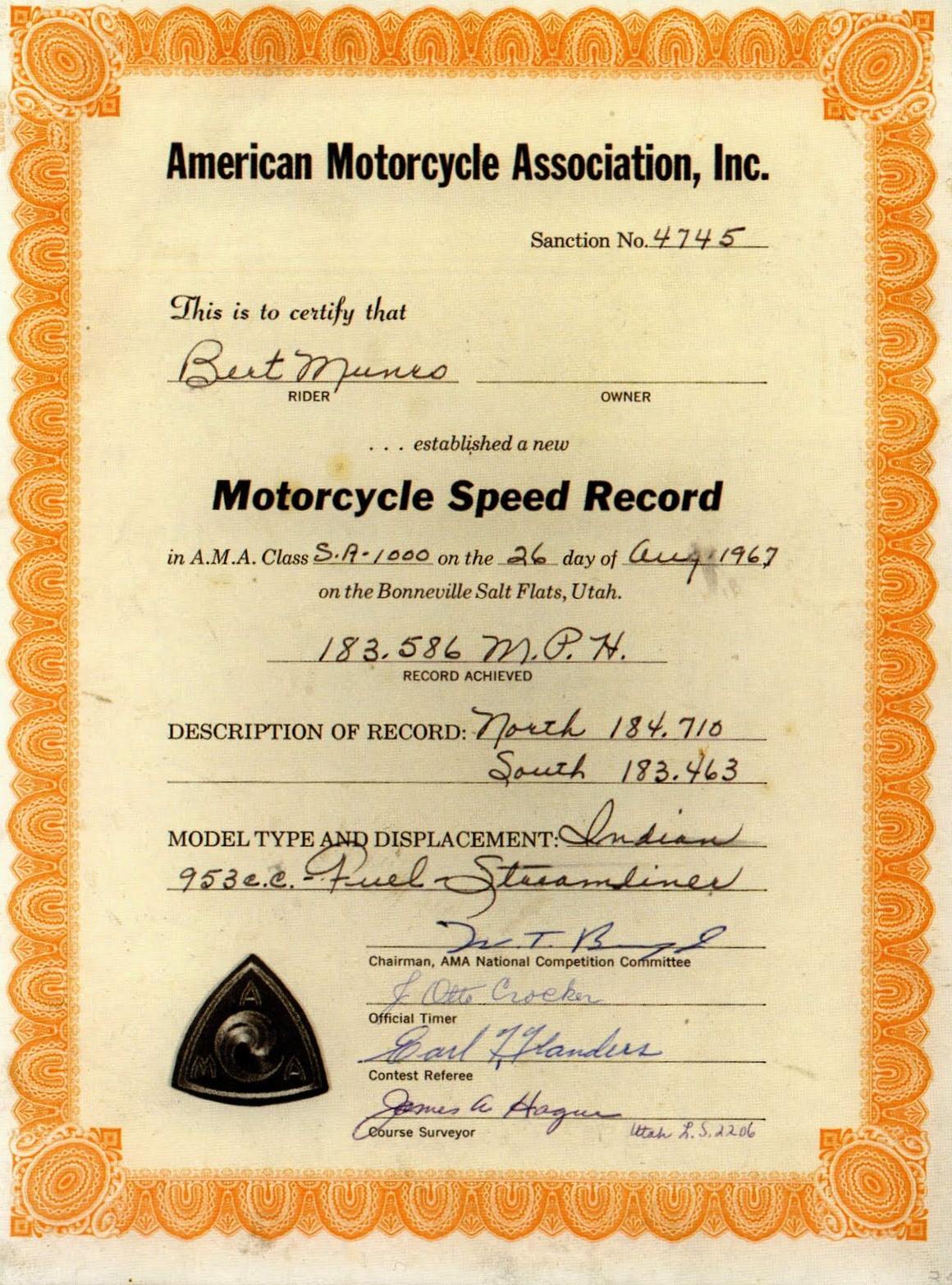 If the above certificate means nothing to you, then you don’t know who Burt Munro is. Not knowing who Burt is is an offence that’ll get you tarred and feathered around this part of the internet so I’d recommend you either grab a copy of “The World’s Fastest Indian” or read Tim Hanna’s excellent book “One Good Run“. You’ll be glad you did.